Little Scarlette Tipton must be used to feeling like the odd one out. You see, she was born with a rare form of (ᴄᴀɴᴄᴇʀ) and had to have her arm (ᴀᴍᴘᴜᴛᴀᴛᴇᴅ) when she was just 10 months old. But now, the 2-year-old amputee has a new friend who understands just what life with a missing limb is like – her new kitten Doc. 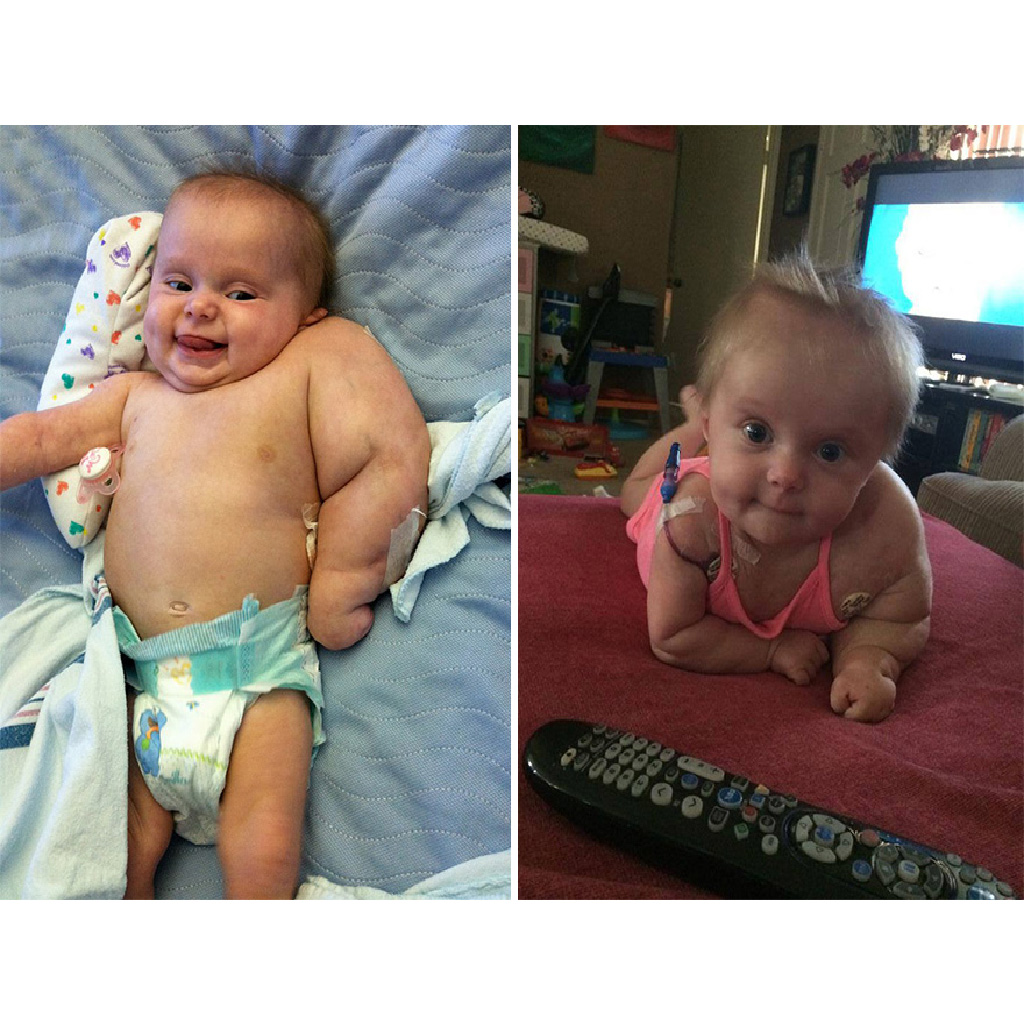 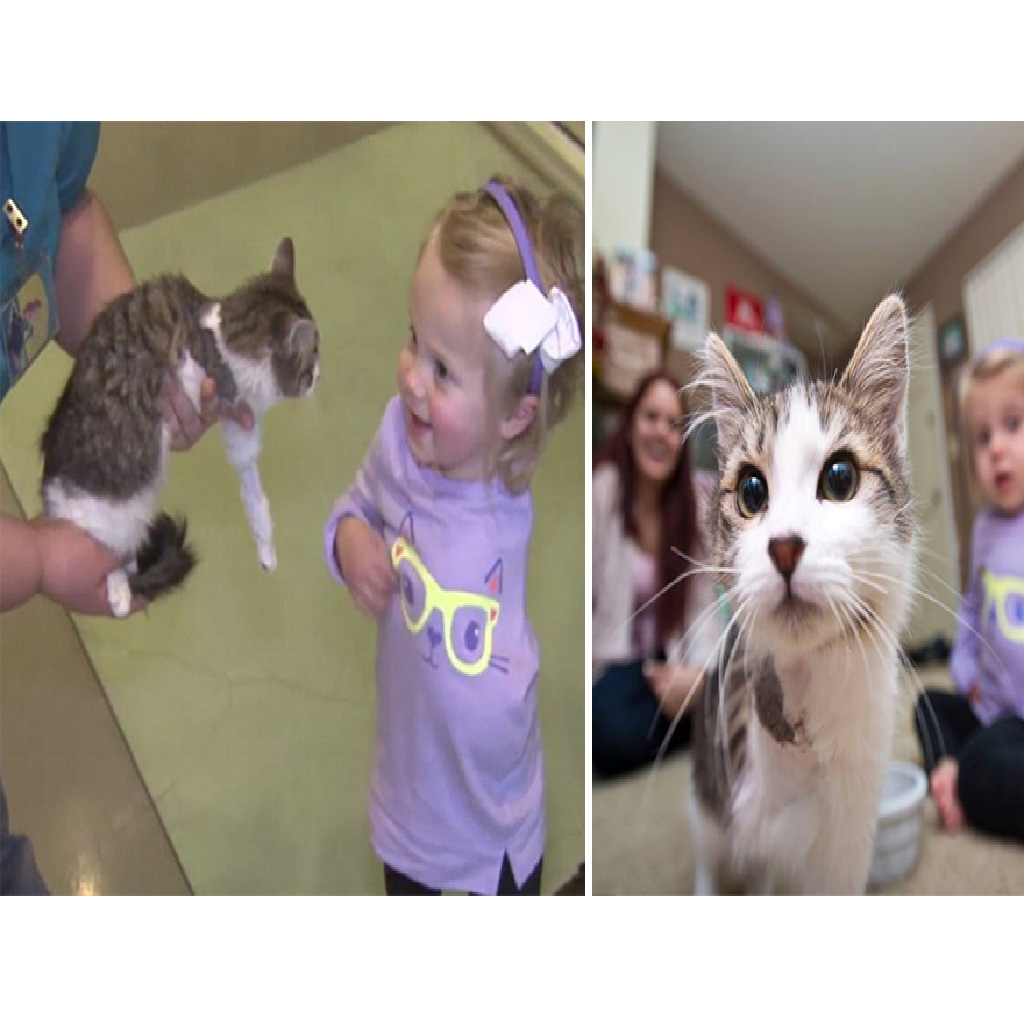 No one knows exactly how the tabby cat lost her legat just 3 months old, she was found injured with one of her front legs dangling just before Christmas. 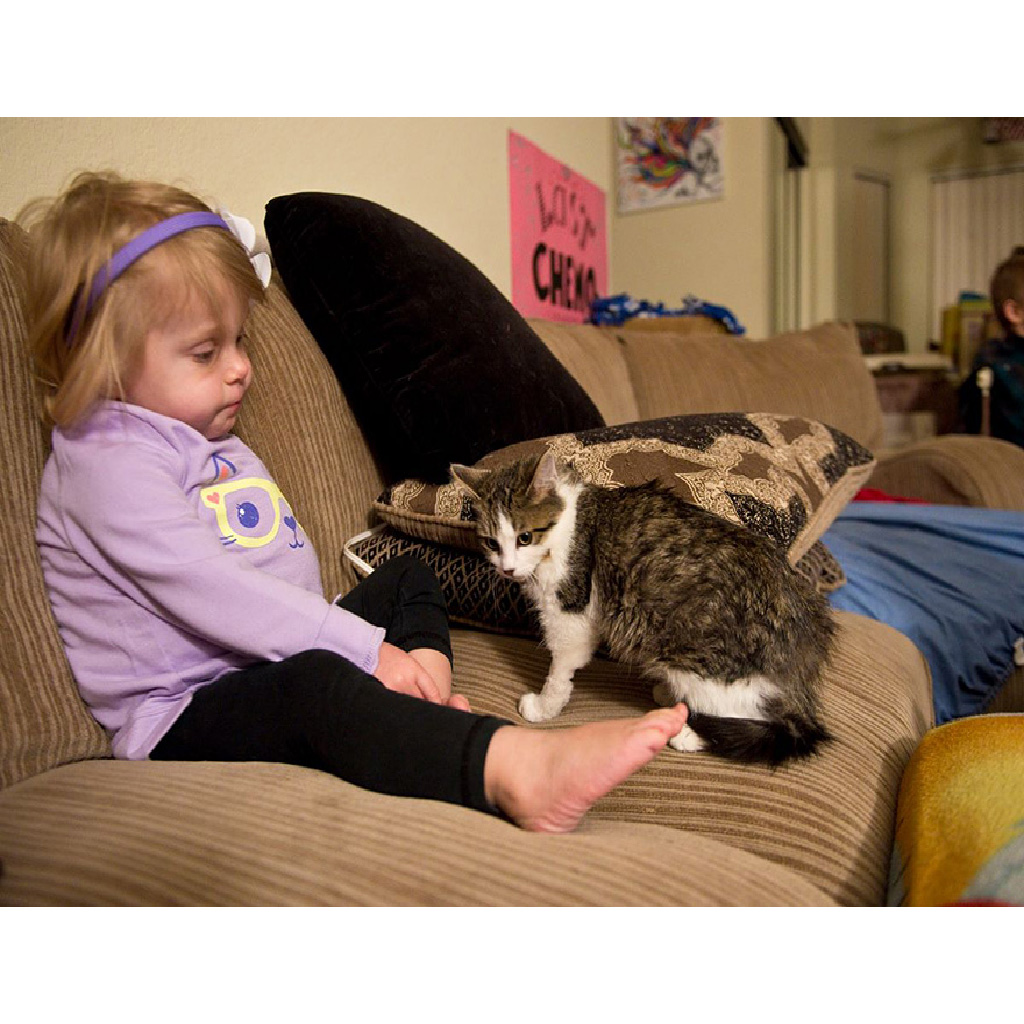 “We wanted a little kitten to have [Scarlette] grow up with, so she has something that’s just like her,” mom Simone Tipton told. She did notice that Doc had staples on her side and said ‘owie’. I let her know that she had owie just like her, and she placed her hand on her side and just nodded. She recognizes that the cat has similar struggles as she does.”

The kitten’s life was on the line when she was rushed to the San Jacinto Valley Animal Campus in California, USA, where vets operated to (ᴀᴍᴘᴜᴛᴀᴛᴇᴅ) her right front leg. 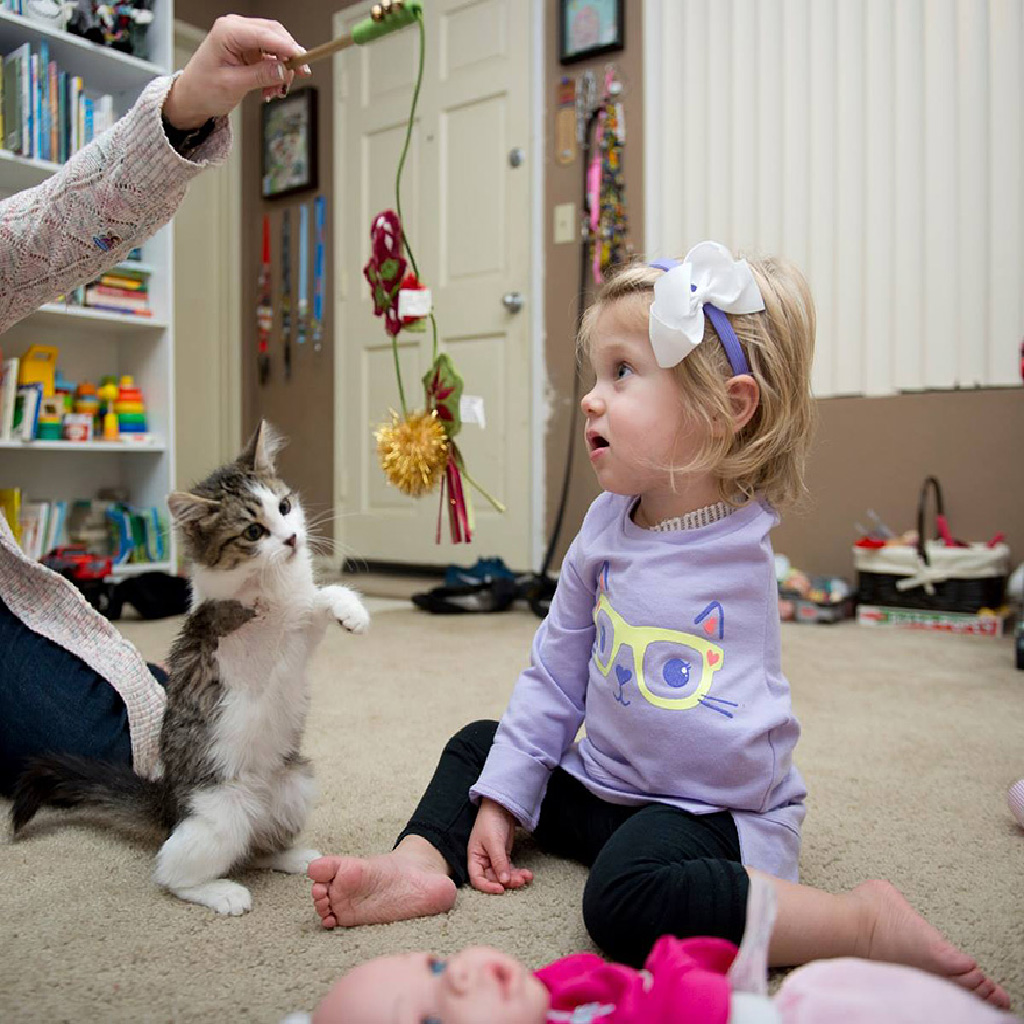 But the little kitten’s struggle made her the perfect pet in the Tipton family’s eyes. They’d been looking for a 3-legged kitten for the past 6 months so Scarlette could grow up with a friend “just like her”. Doc lost her paw after she tried to sleep under the hood of a car to stay warm.

“We really wanted to get her an animal that she could kind of relate to, something that she can grow up with and feel like she has a special bond with,”

So on Christmas Eve, the family visited the kitten – and in the New Year adopted her. 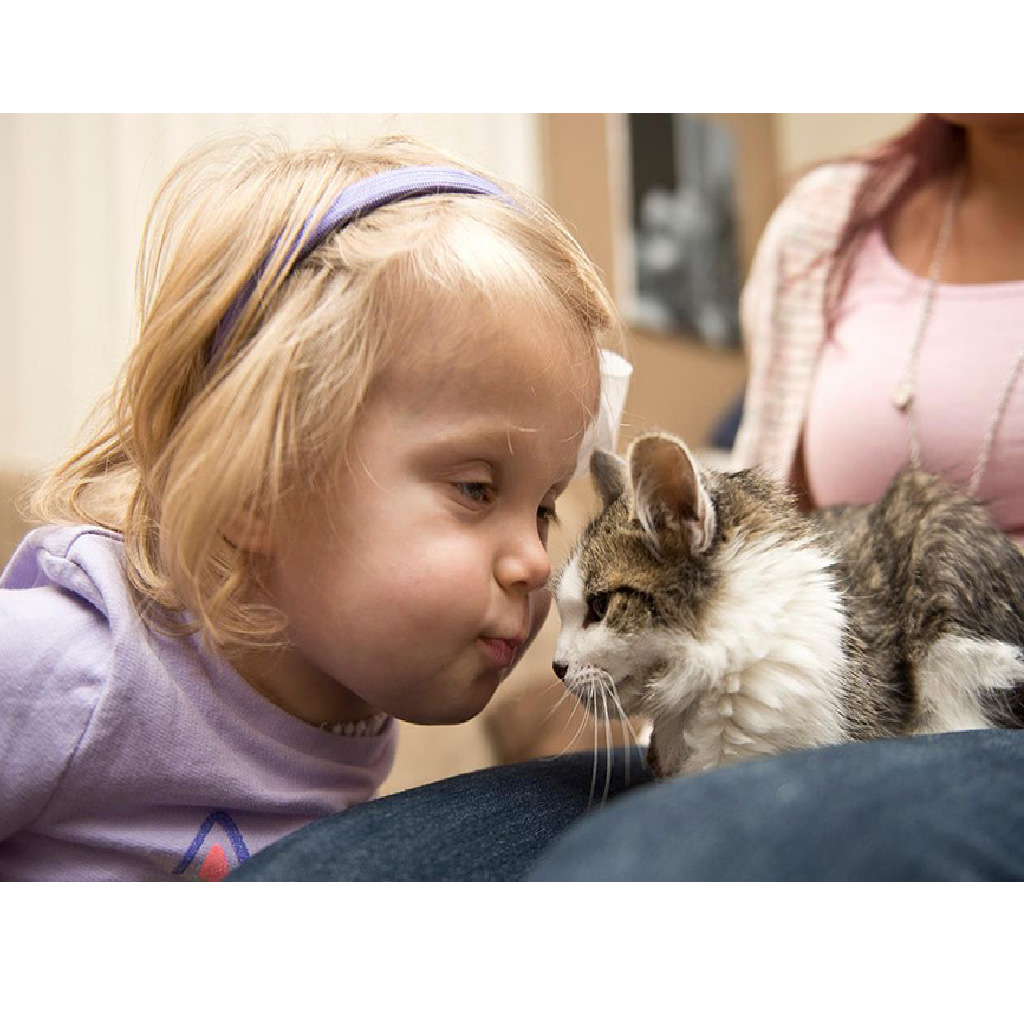 There’s no denying the special bond between these two. 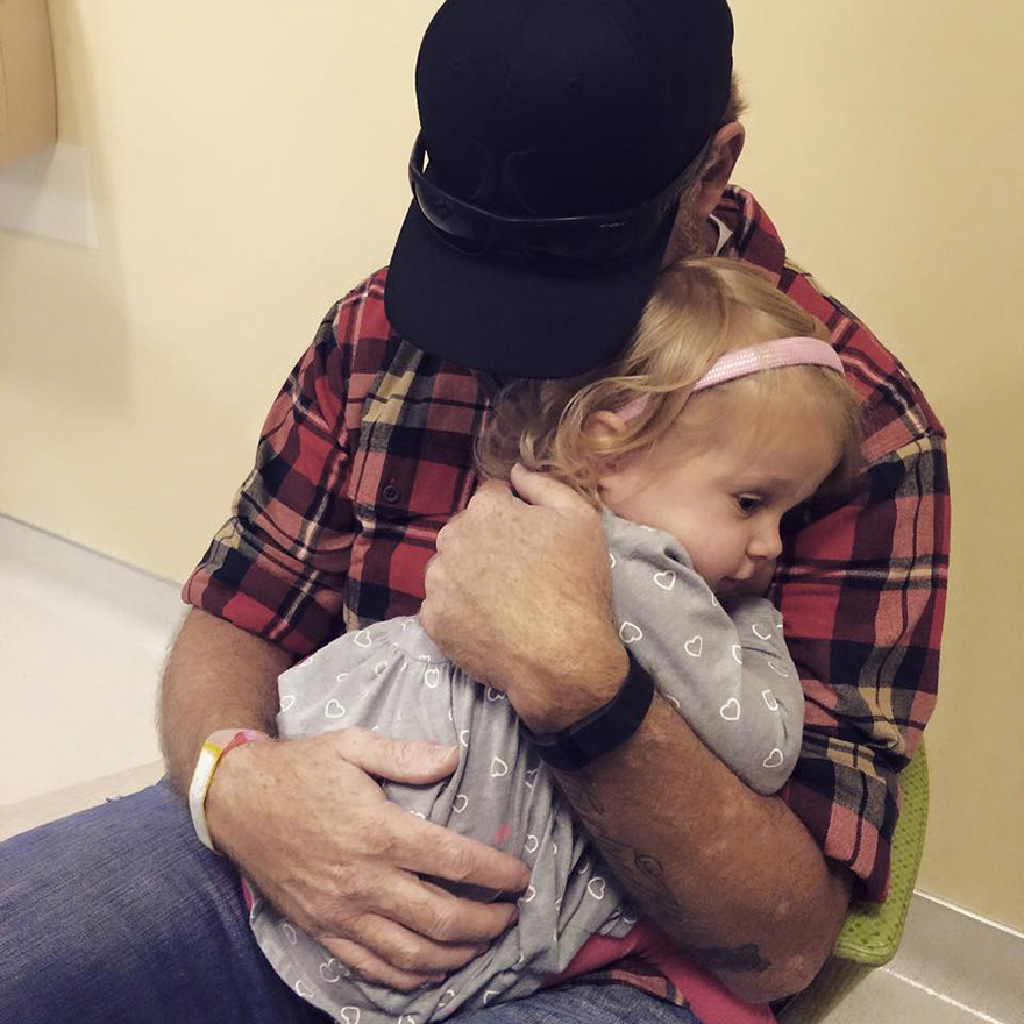 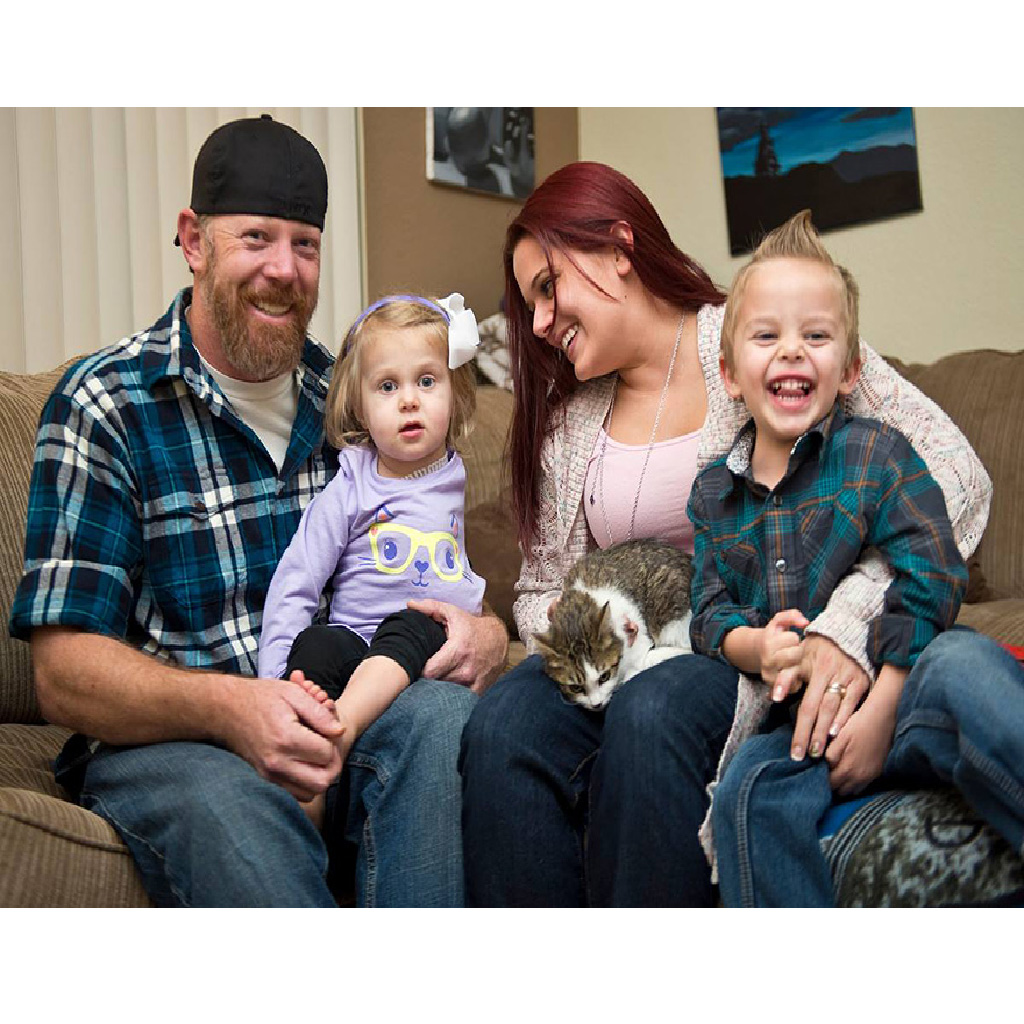