The lively 80-year-old Fort Worth, Texas, native says he never planned on dedicating his golden years to helping needy pets. His homemade train takes rescued stray dogs out for fun rides around the neighborhood and in the surrounding woods.

“We live down on a dead-end street, where I and my brother have a horse barn,” Bostick told. 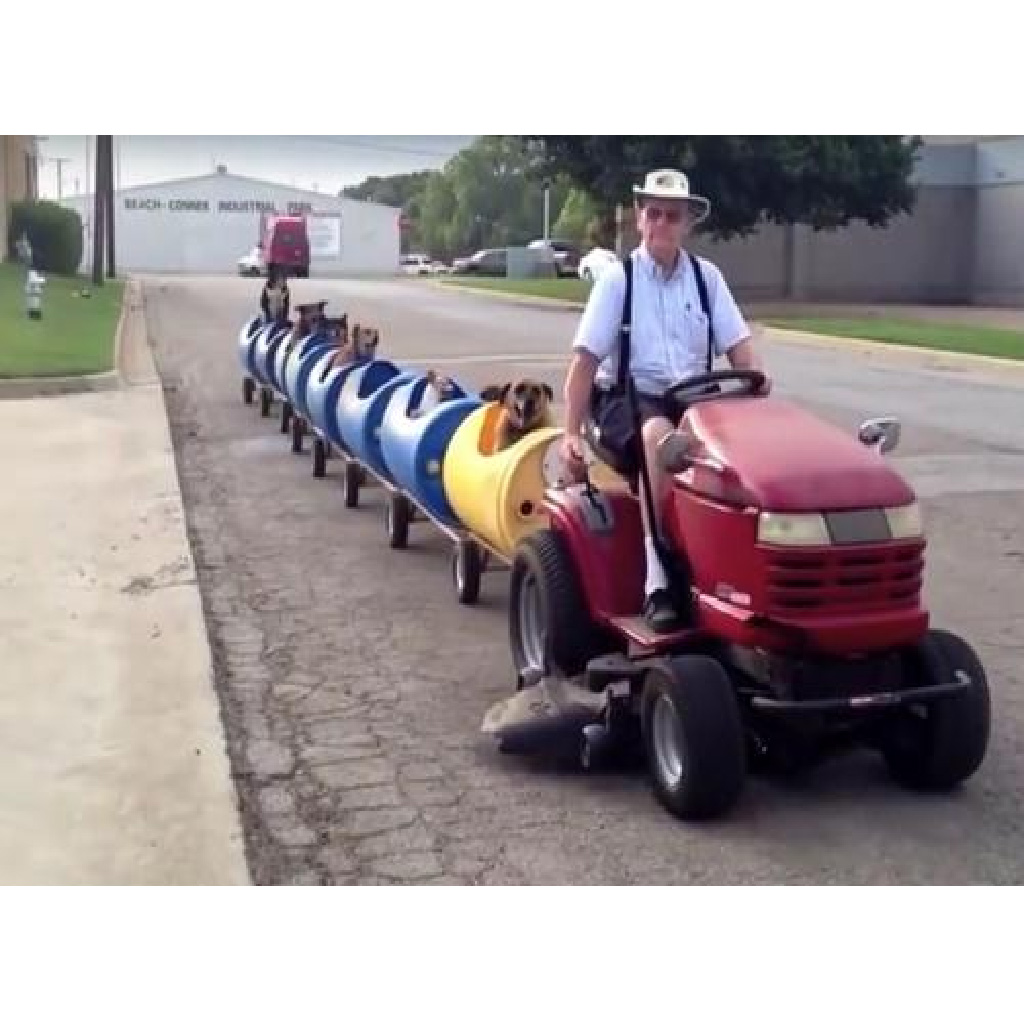 “People sometimes come by and dump dogs out here, leaving them to starve. So, we started feeding them, letting them in, and taking them to the vet to get them spayed and neutered. We made a place for them to live.”

This wasn’t something he ever planned on doing. It just kind of happened. His heart opened up to the idea when he kept seeing people abandoning their dogs. That’s when Bostick, along with his brother, felt a need to help out the strays.

Bostick took in many dogs over the years. Located on his property is a horse barn that he and his brother own. At times, people would drop their dogs off, without plans of returning. The dogs would’ve sᴛᴀʀᴠᴇᴅ if it wasn’t for Bostick and his brother. They began to feed them and take them in. They even go as far as to take care of their vetting needs.

At their farm, they could run around and play. They were able to feel free and stay safe at the same time. This was great for them, but Bostick had more plans. He thought that if they were able to take a trip occasionally, this might make them happier. 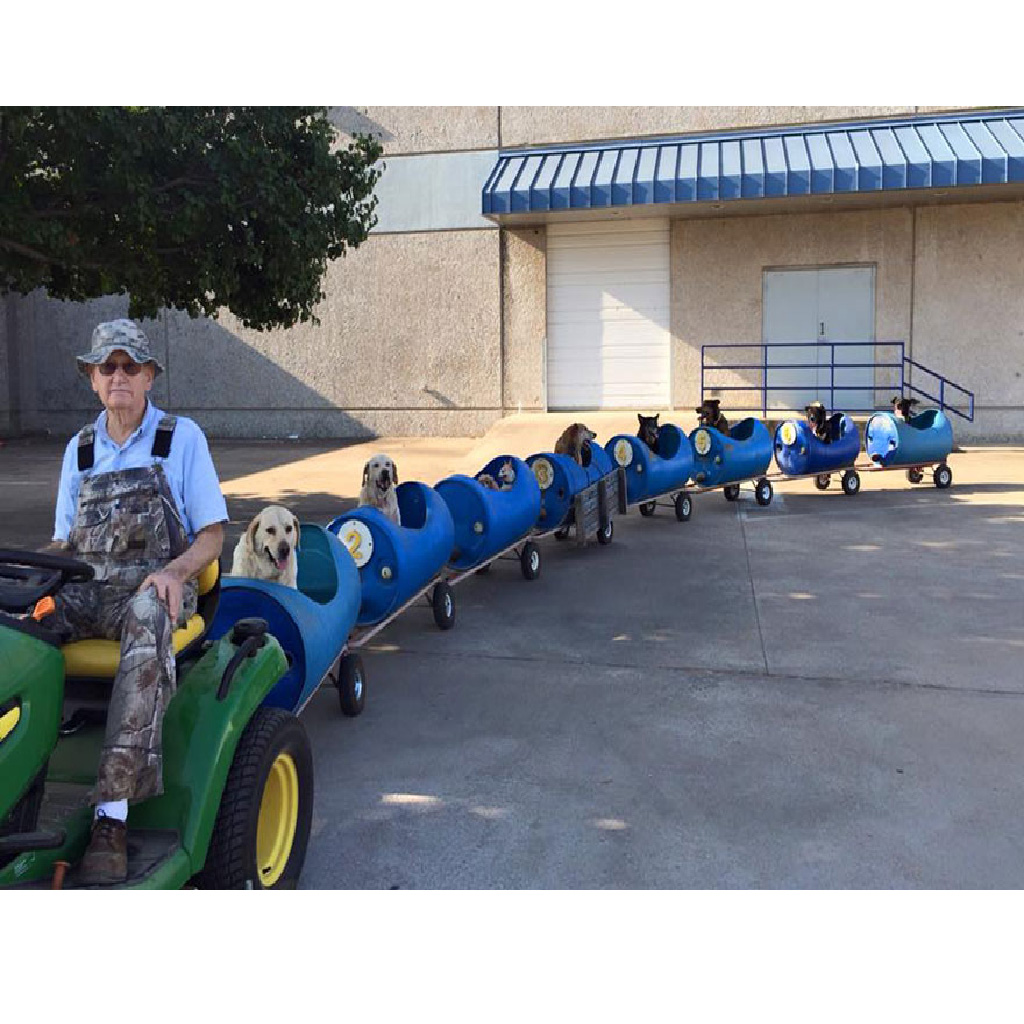 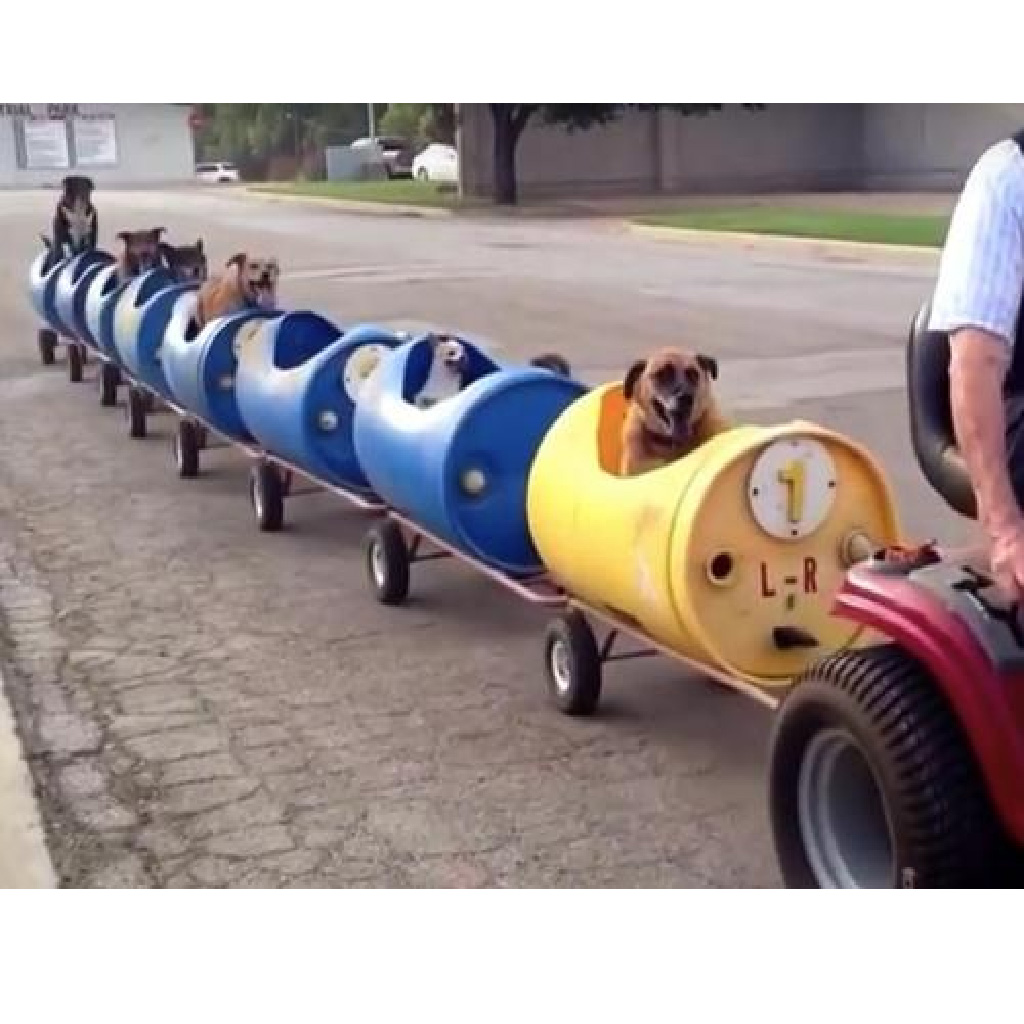 He recalls seeing a man with a tractor that had carts attached to it and he knew that’s exactly what he needed. He thought it would be great for a dog train.

Since he is a welder, he was able to take care of building the train himself. He used plastic barrels. He cut holes into them and attached wheels underneath. This created the perfect carts for his train.

“I seen this guy with a tractor who attached these carts to pull rocks. I thought, ‘Dang, that would do for a dog train.’ I’m a pretty good welder, so I took these plastic barrels with holes cut in them, and put wheels under them and tied them together,” Eugene continued. “Whenever these adorable dogs hear me hooking the tractor up to it, man, they get so excited.” 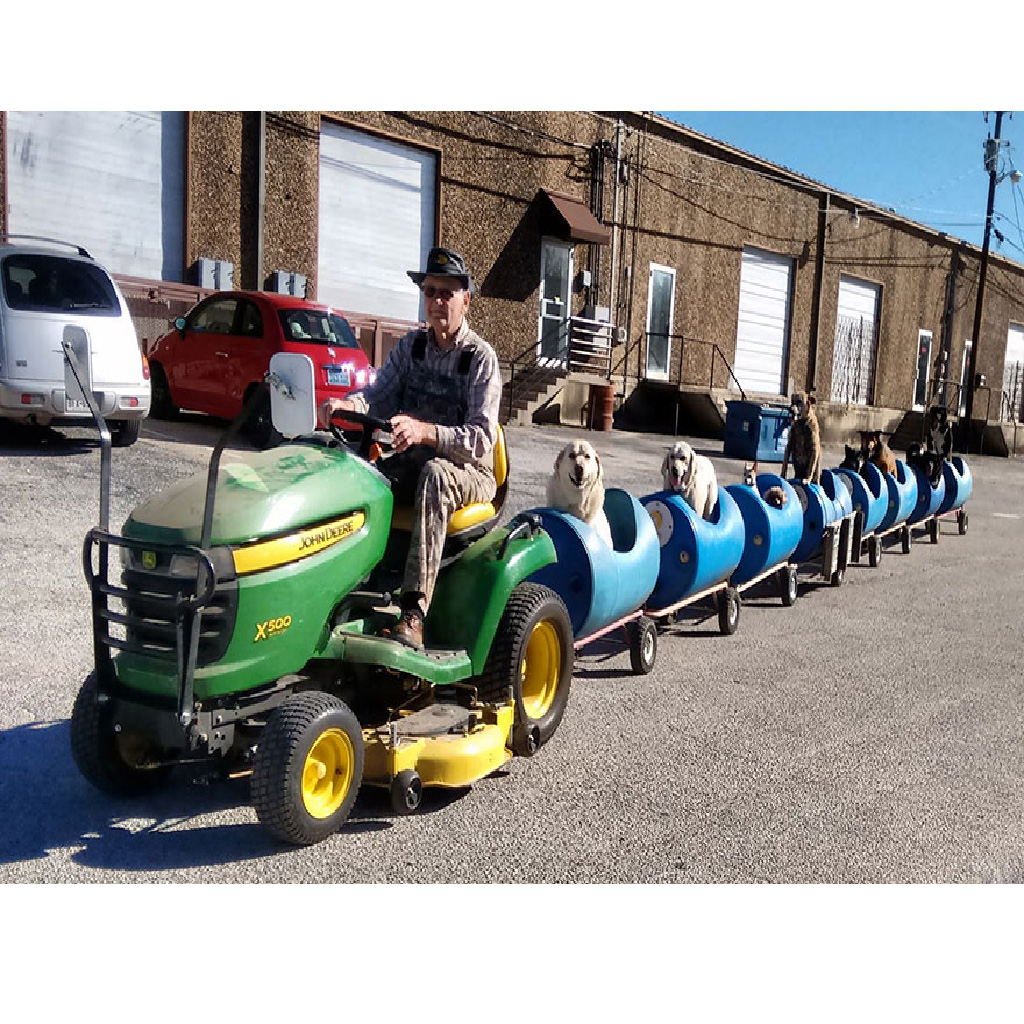 At the moment, Bostick has nine dogs in his care. They take trips weekly.
‘m getting up in age. I’m 80 now, so I suppose it can’t last too much longer, but I’ll keep it going as long as I can,” said Bostick.

“The dogs have a great time. They just really enjoy it.”