A remarkable 5-month-old black bear cub with cream-colored fur has been spotted in British Columbia with its commonly colored mother. 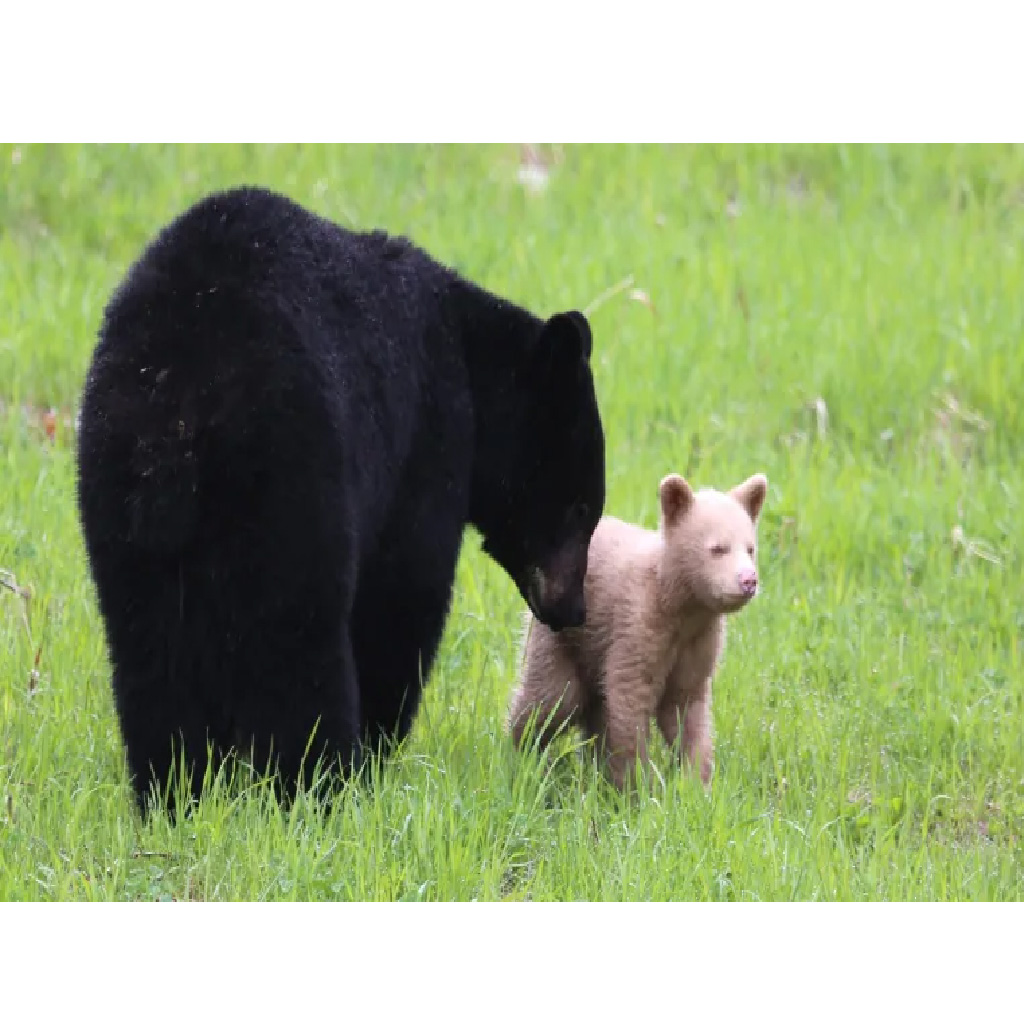 The rare sight was seen and photographed by Arthur De Jong, who is an environmental planning manager.
The cub was spotted playing with its mother on the Whistler-Blackcomb mountain and has scientists amazing. 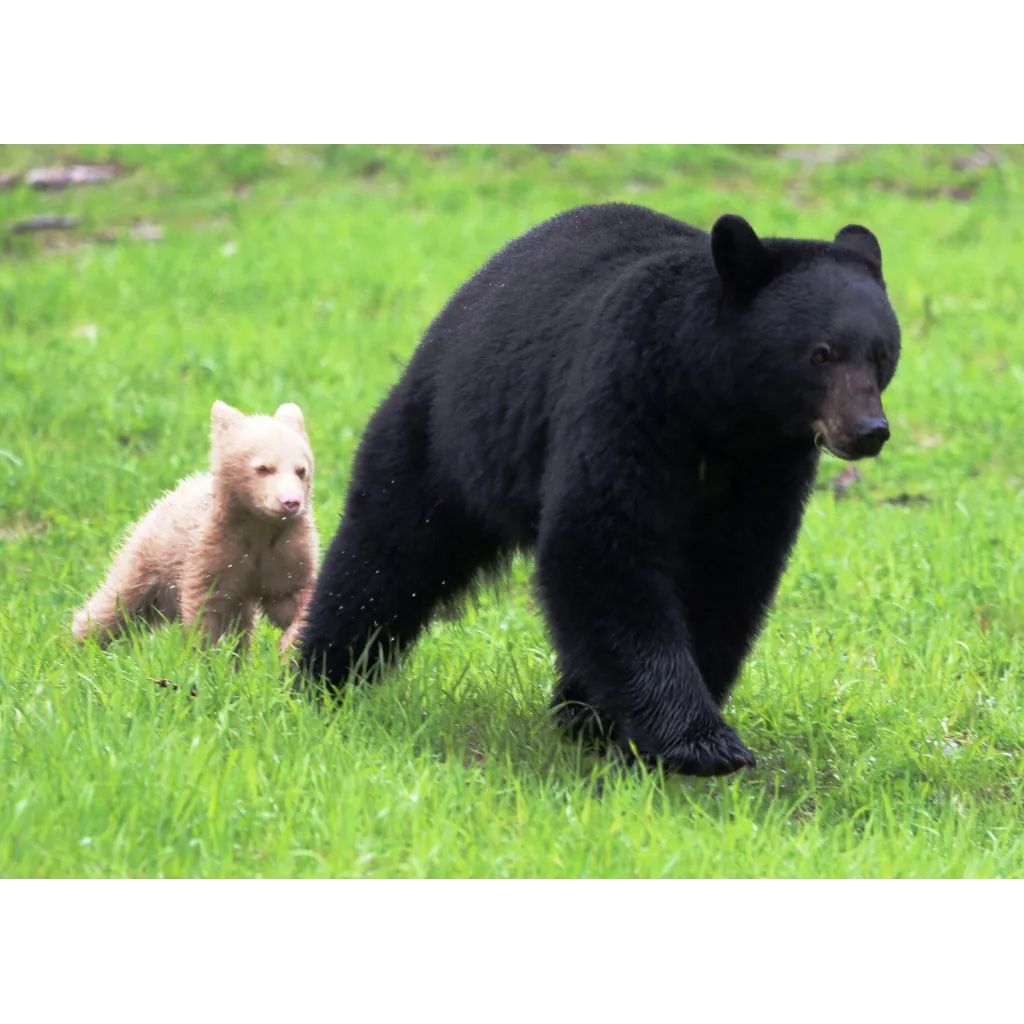 Albino or ‘spirit’ bear? They believe it is either an albino bear or a spirit bear. Both of these outcomes relate to a genetic mutation affecting their pigmentation. But until someone sees if its eyes are pink like an albino’s, or not, we cannot tell for sure.

‘I’ve repeatedly heard from various bear experts that its (fur) colour is the result of recessive genes from both parents. The mom is very much a black bear,’ he added. 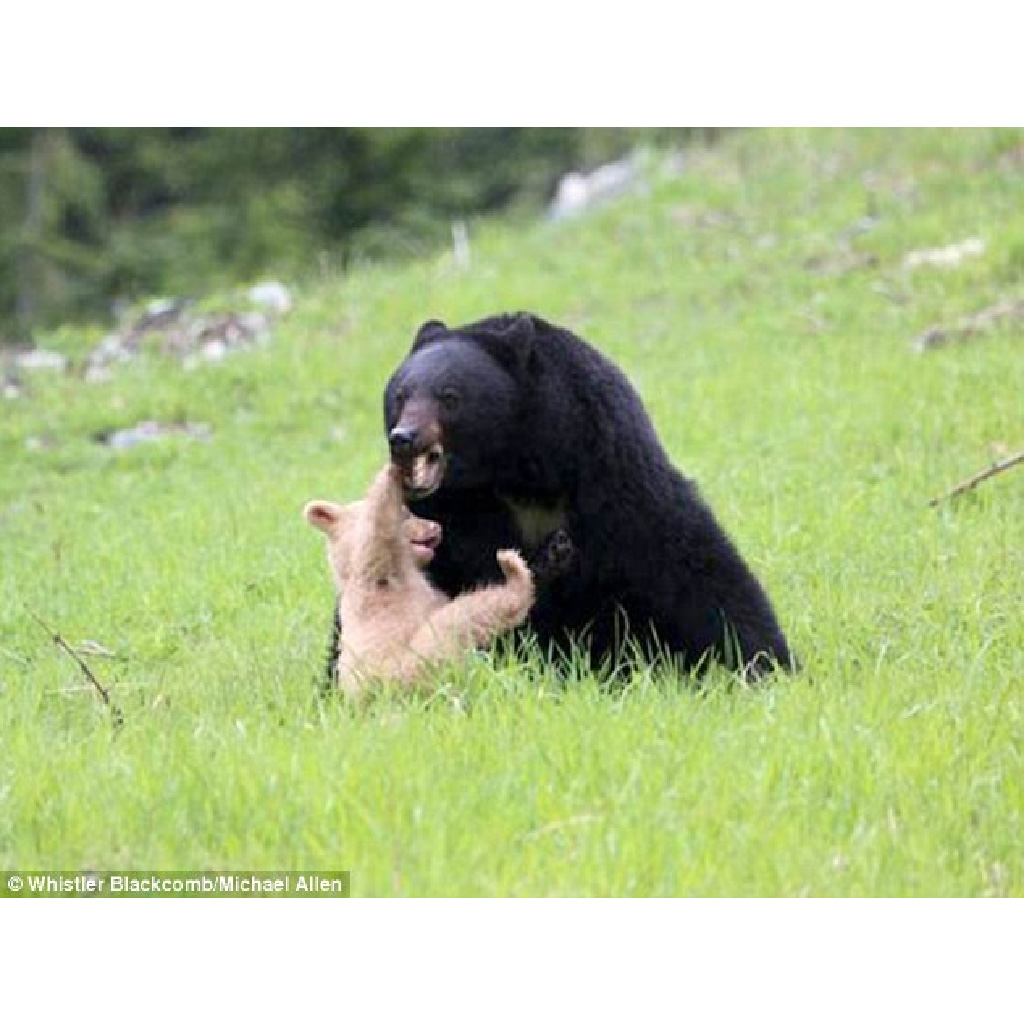 “It’s not white, its got a caramel, light, sort of brownish sheen to its fur,” De Jong said, adding biologists want to see photos of the cub’s eyes because a “pink-blue colour” would mean it’s albino. 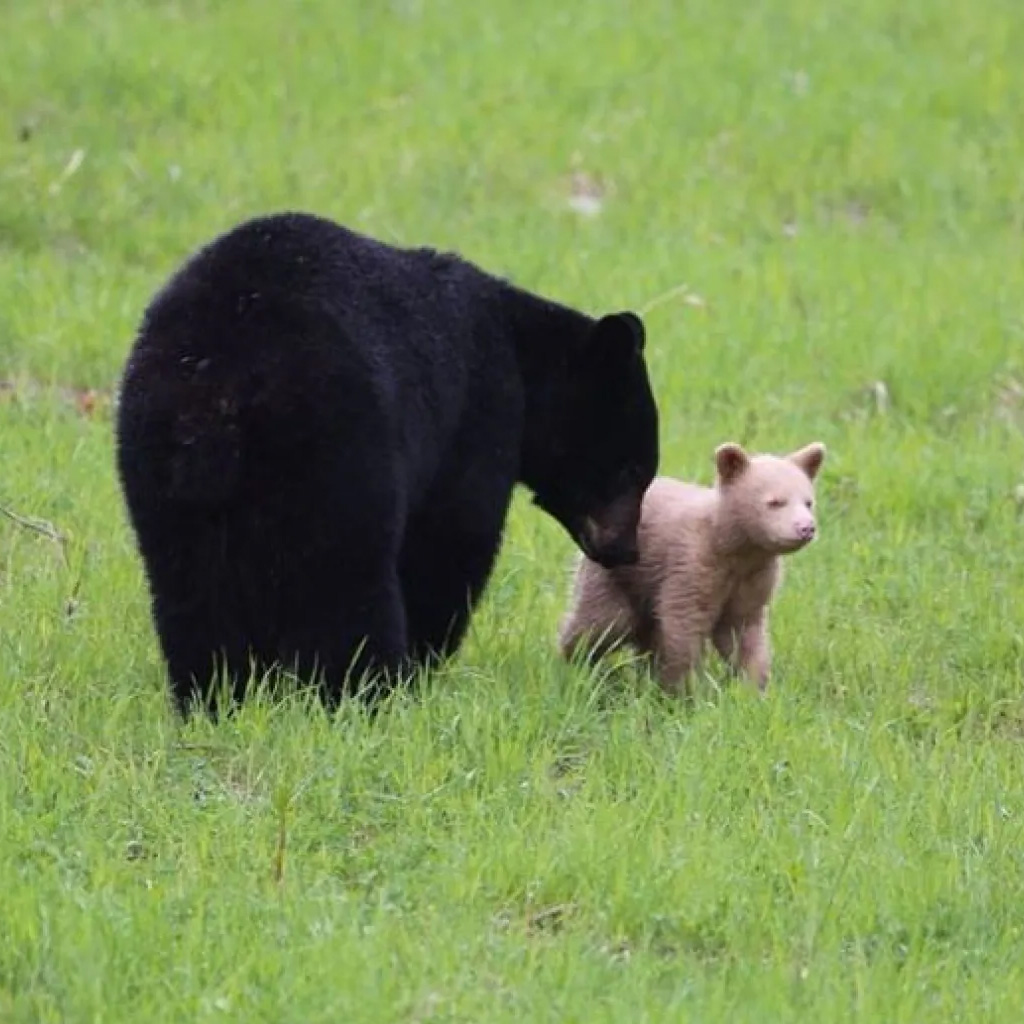 According to Michael Allen, who is an expert in whistler bears, this is the first time he has seen a white bear cub in this area in 23 years.
“I have seen cubs ranging [from] black, reddish-brown, chocolate-brown to blonde (after summer bleaching of coat) but never have [I] seen in this population a cub with pelage this light to almost white”