Being brave isn’t the absence of fear. Being brave is doing the right thing even though you are scared. Good and brave people don’t care if it’s a human or animal in distress. They act.

After saving a poor dog from probable [ᴅᴇᴀᴛʜ], a group of construction workers in Pasaje Canton, Ecuador, have been hailed as heroes. The men teamed up and used their digger to save the dog from [ᴅʀᴏᴡɴɪɴɢ] after it slipped into an irrigation canal with rapid waters. 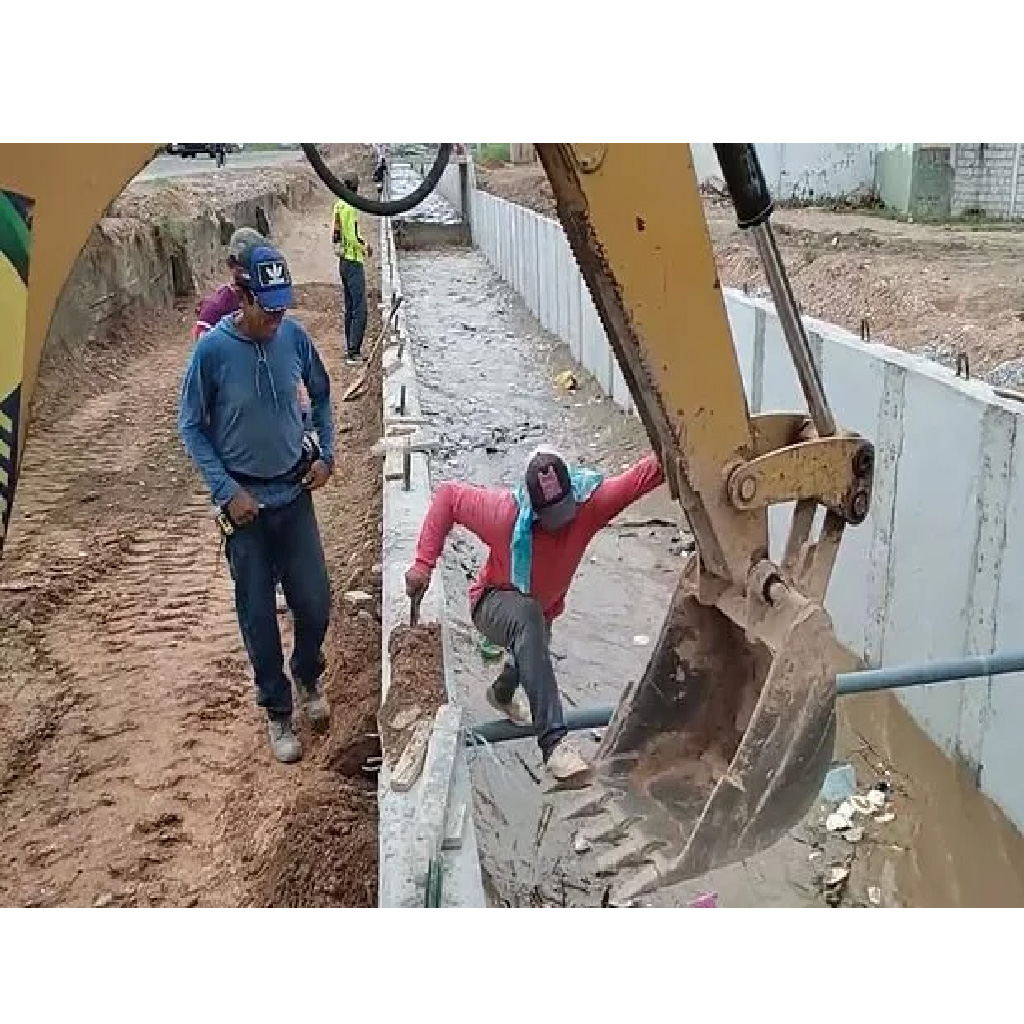 As per reports, the incident took place in an irrigation channel in Ecuador after the dog had fallen into the canal with a heavy flow of water.

As soon as they received a radio alert about the dog [ᴅʀᴏᴡɴɪɴɢ], they quickly stepped in to help. Abel Murillo, one of the workers, jumped into the excavator’s bucket while his coworker helped him down till he could reach the dog. The dog, terrified and perplexed, ended up [ʙɪᴛɪɴɢ] Murillo’s hand, but that didn’t stop the brave builder from rescuing her. 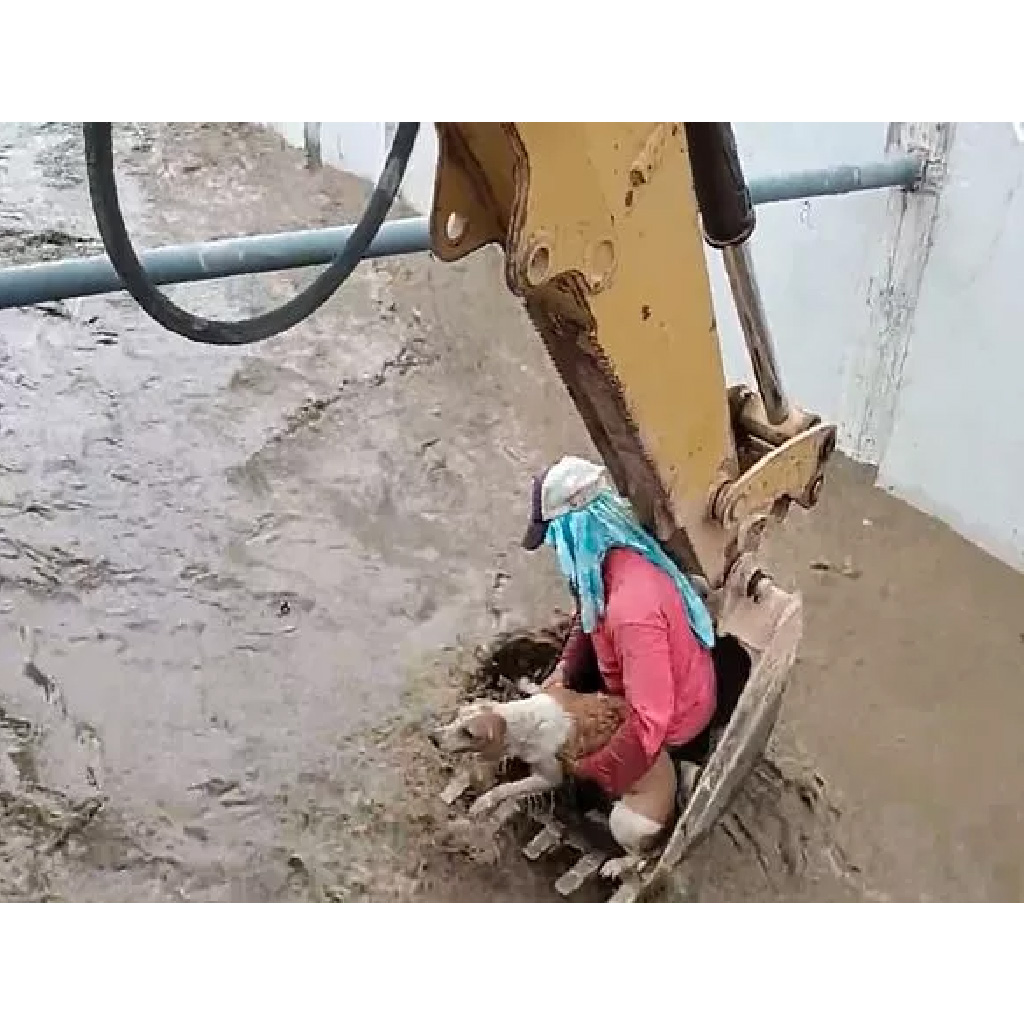 “The dog was almost about to let go because, with the force of the water, the dog hit the bucket and wanted to go under it,” the hero explained. “Then, what I did was to grab the dog and it bit me but only with a slight bite.”

The emotional scene was captured on tape, and it quickly went viral online

The video begins with a person climbing onto the bucket of a digger crane, which transports him to the canal’s midpoint. The man snatches the dog and places it in the machine with him after waiting a few seconds for it to approach.
The rescue was captured on camera, and the video quickly went viral, garnering millions of views and at least as many enthusiastic responses as the workers’ lovely gesture. 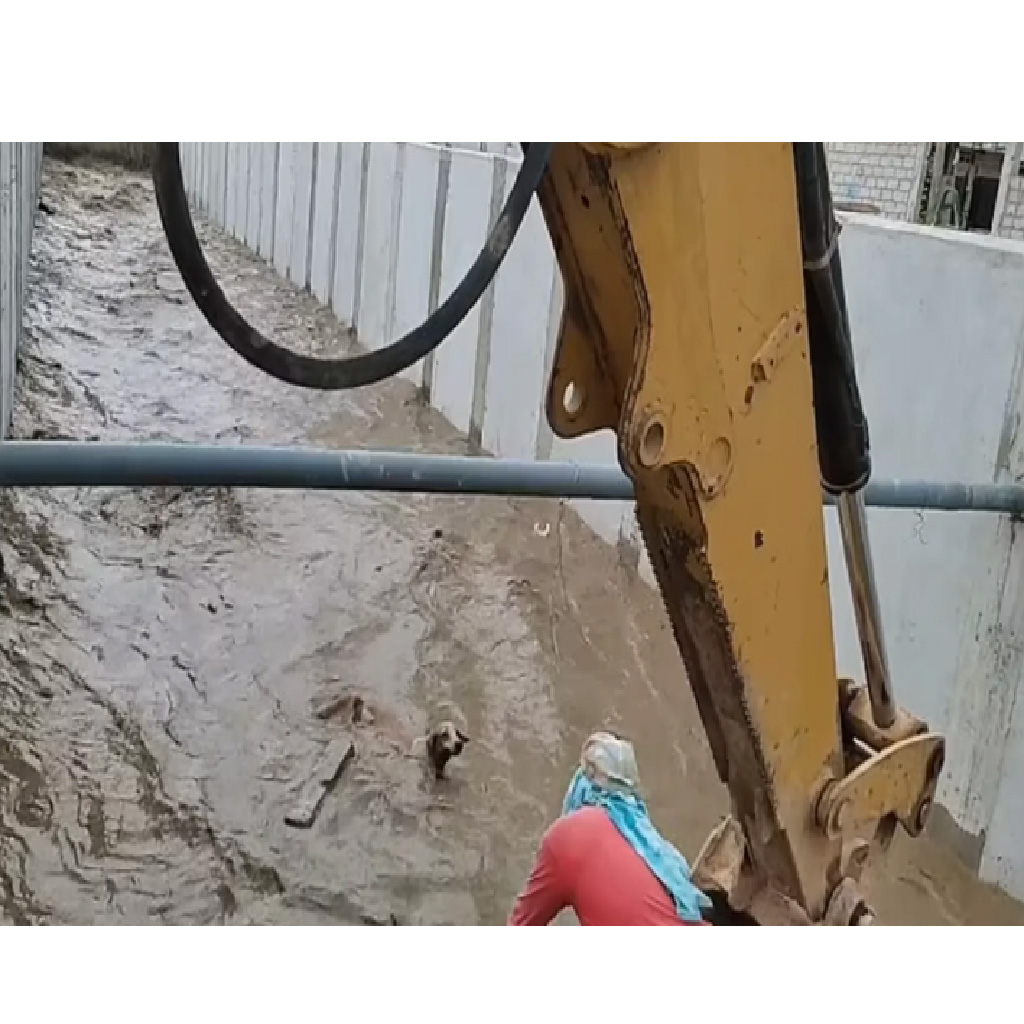 Despite the tremendous flow of water, the construction worker saved the dog by yanking it out of the drain without regard for his own safety.

“We decided to get down with a bucket to rescue the dog,” the workers said. “Thank God we were able to catch it, we could give the animal another chance to live!” 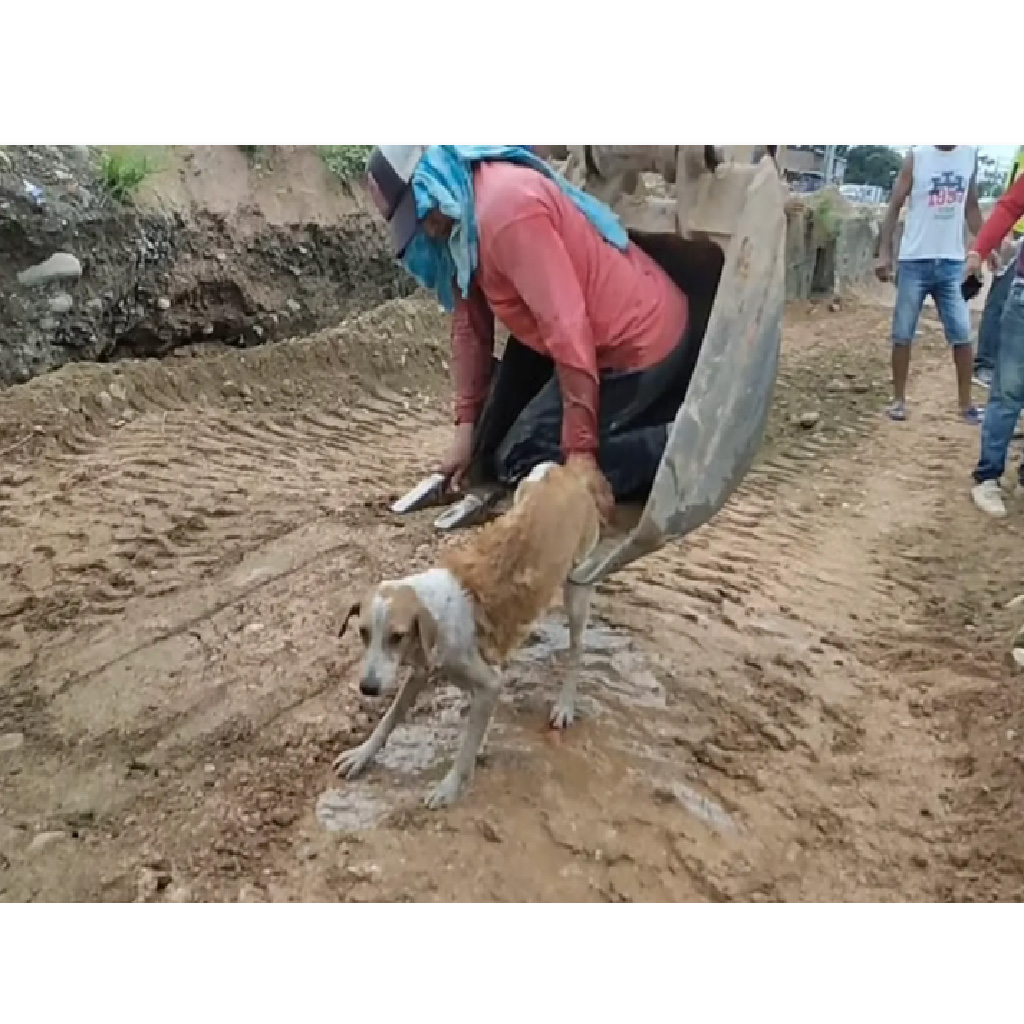