A loved one’s passɪɴɢ is a difficult time for many people in the world, especially for those closest to them, likewise with the owner of this dog whose furry friend has crossed the rainbow bridge.

This is a story about a Shiba Inu dog who, since 2019, has become famous on social networks for the loyalty and help he gives to his owner, by taking care of the owner’s place of business. 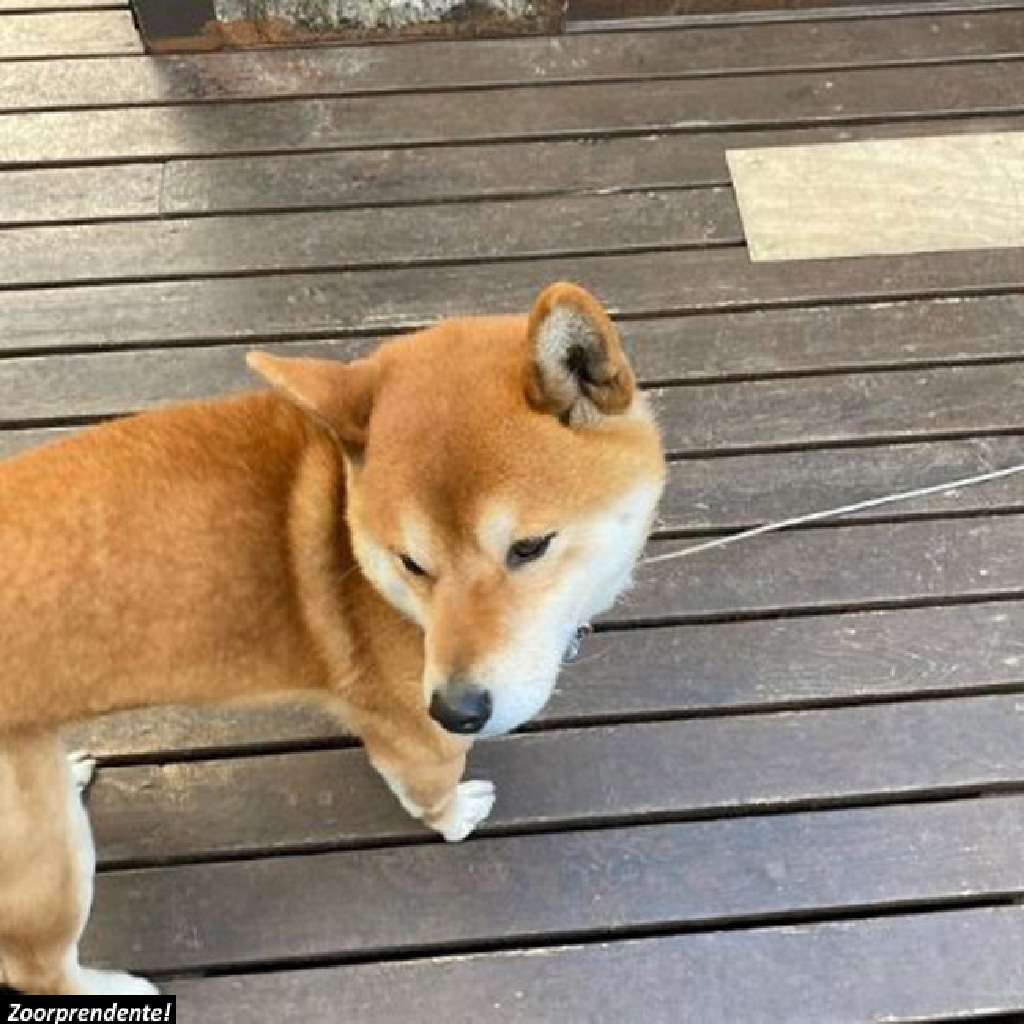 A small shop in Japan is getting great business all thanks to the good boy who manages its day-to-day operations.

Ken-Kun, an adorable three-year-old Shiba Inu, has been entrusted to watch over a roasted sweet potato store in Hokkaido. It’s amazing because Ken-kun is the only one in charge of this business. His human father left him alone in charge of sales and purchases for a long time.
According to Japanese Twitter user hina_shii_ver2, he was surprised to encounter no humans serving customers when he visited the store. 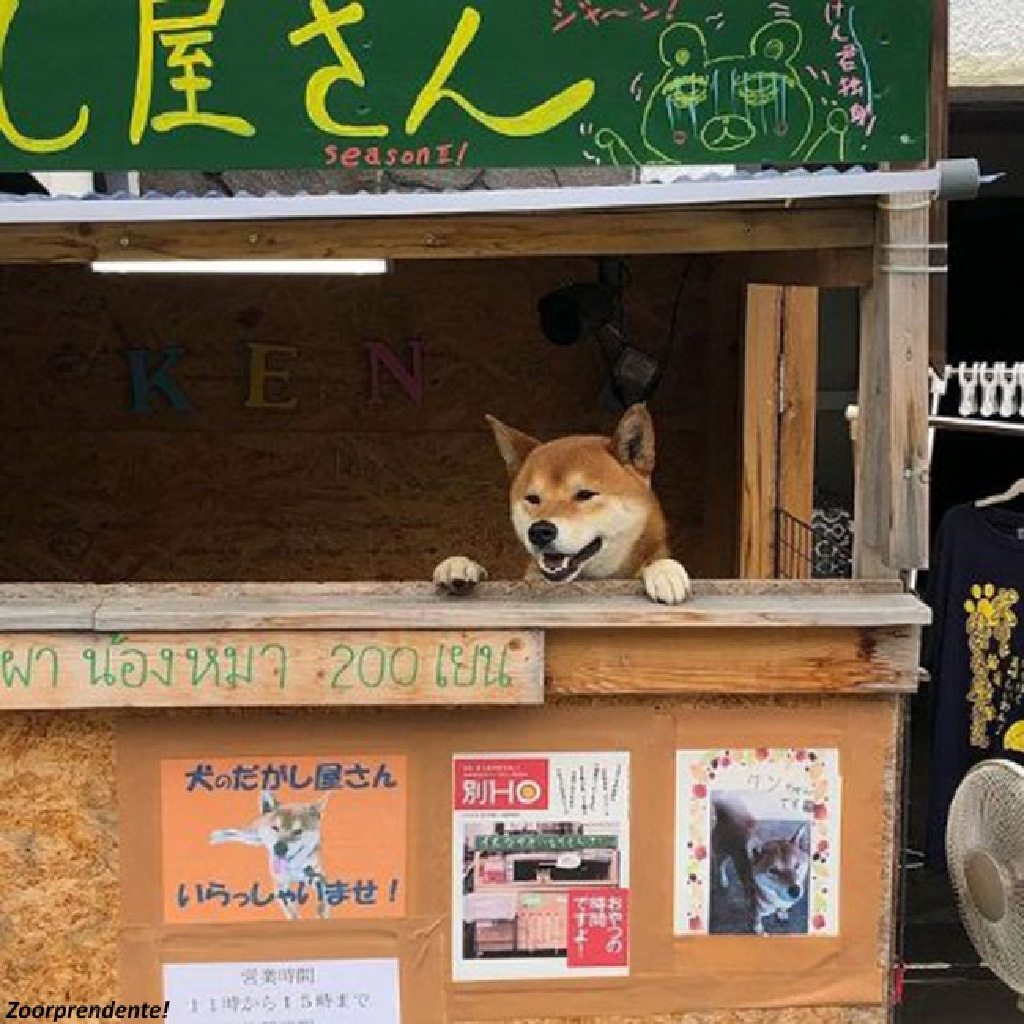 The stall became famous in Japan because of the dog. Many customers come to the place just to interact with the little furry fellow which is certainly very suitable for this business.
While a poster notes that each roasted sweet potato costs 100 yen ($1), the store uses an honesty-based concept that counts on the customer’s discipline actually to leave payment for the sweet potato. 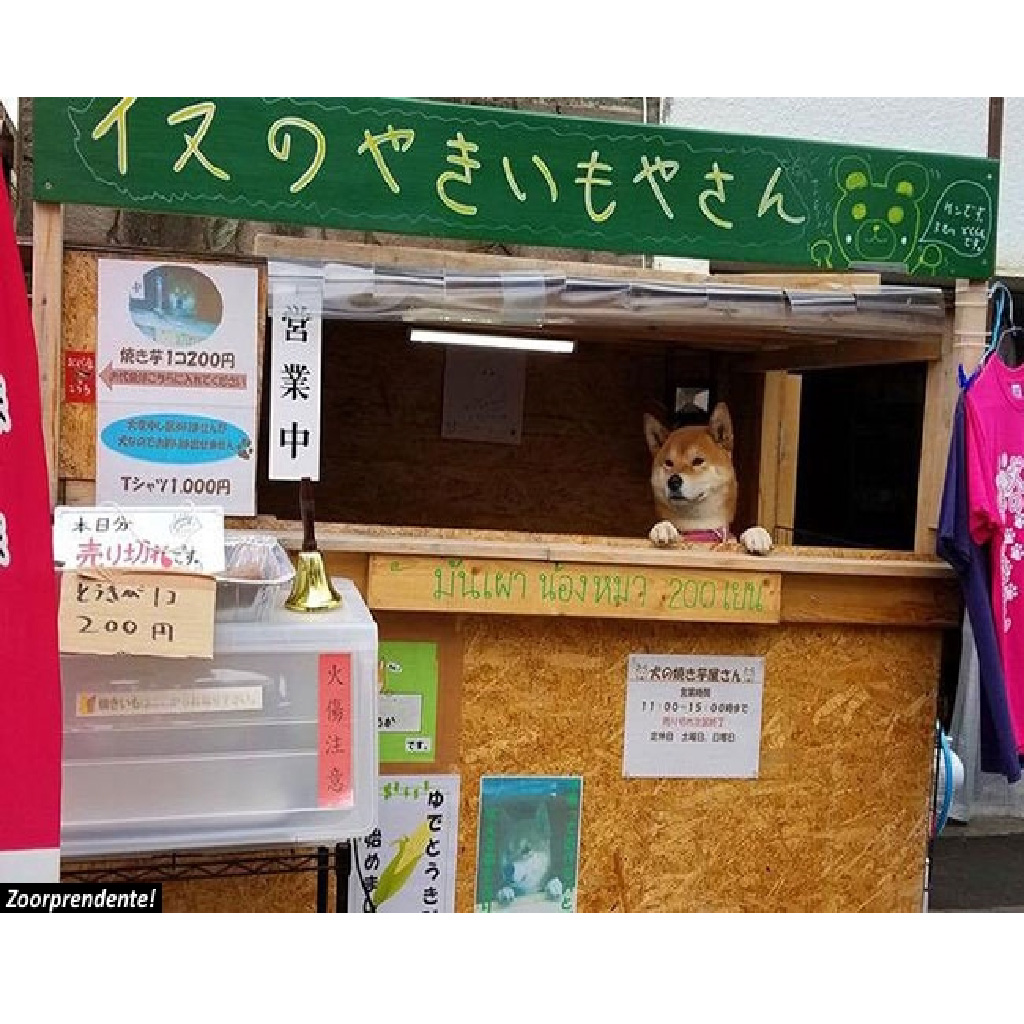 “Because I am a dog, I can’t give you a change,” says a sign that allows generous customers to leave Ken-Kun some well-deserved tips. 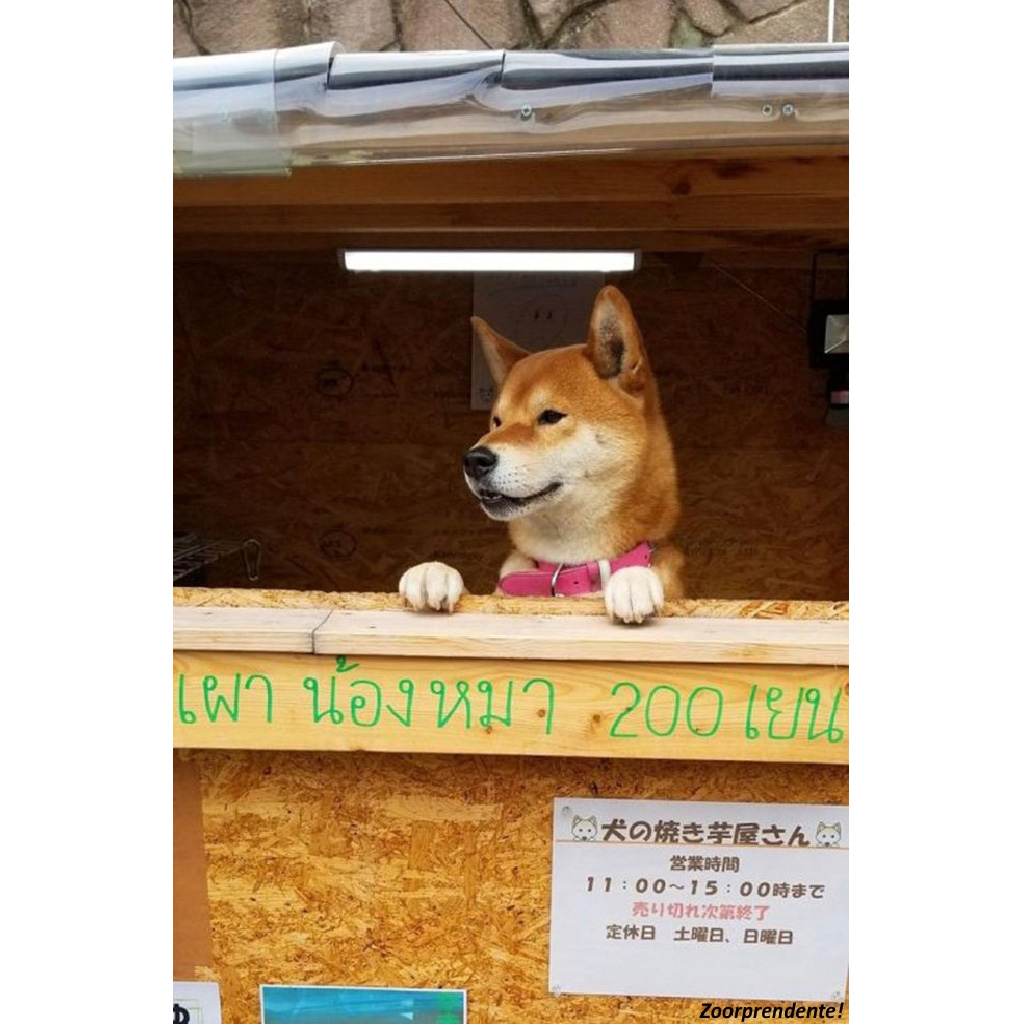 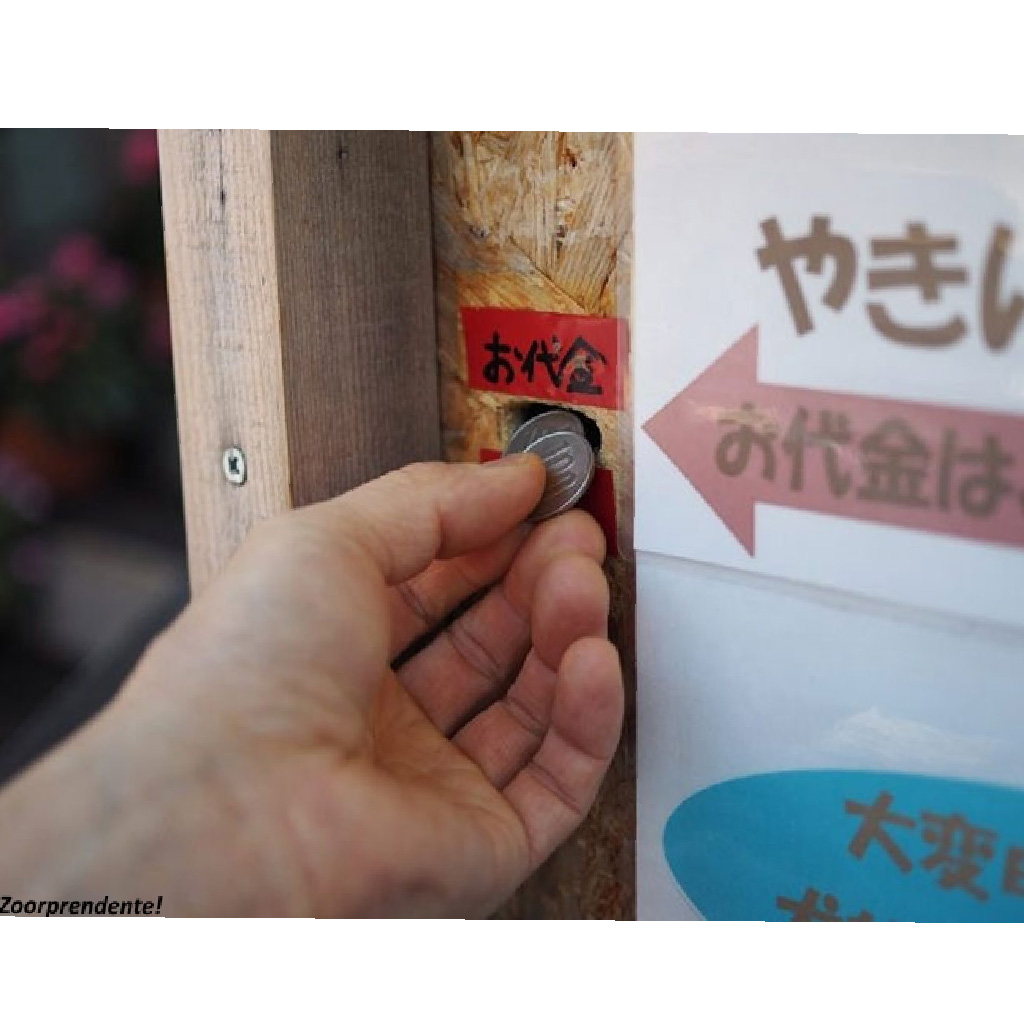 Unfortunately, the furry kiosk keeper that has faithfully served its owner for all these years has died. The news was announced on June 6, via the owner’s Instagram account.
The cause of his ᴅᴇath has not been confirmed but Ken-kun has been ill since May 31 and has been treated at the veterinary clinic. 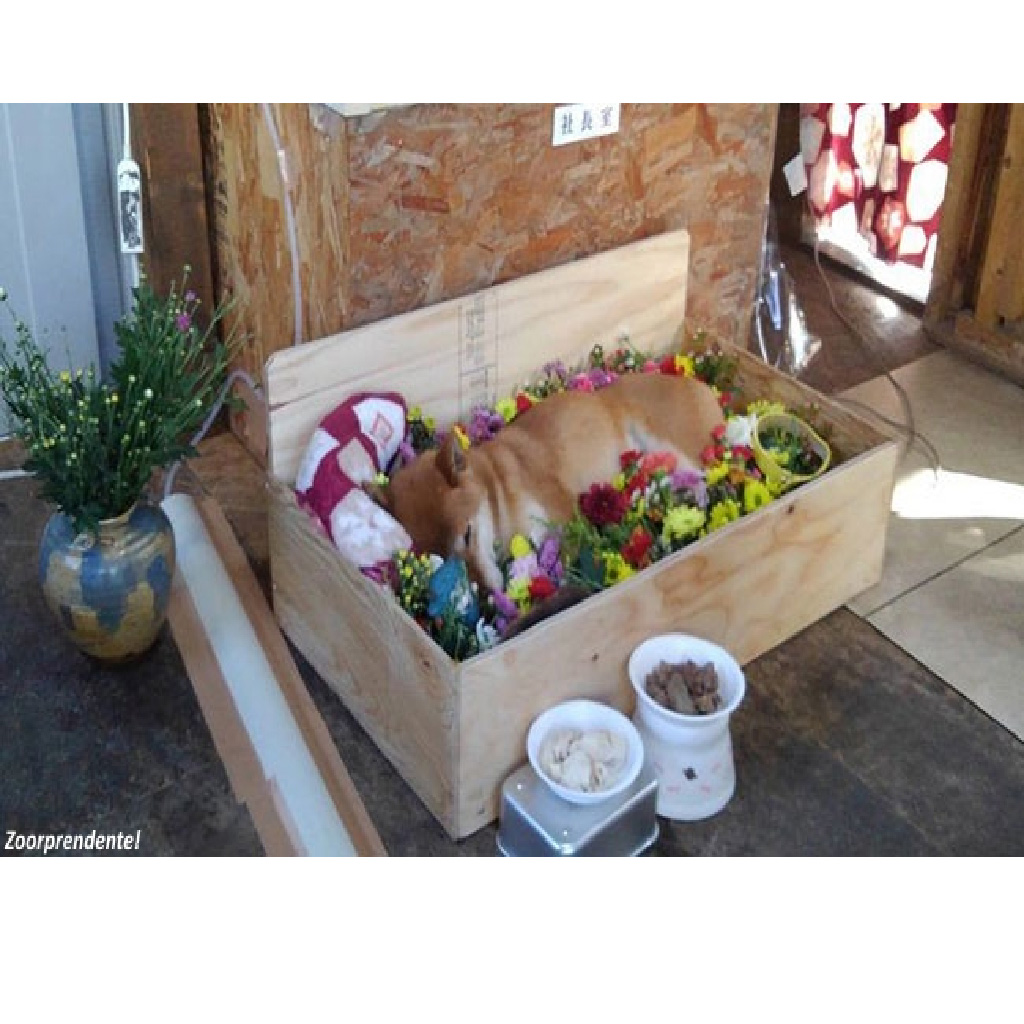 To date, there is no explanation as to what happened to the dog, which appears to have dɪᴇᴅ naturally. On social networks, images of an emotional farewell to the pet were also shared.