Dogs make our lives better. They give us love and comfort, they cheer us up when we are sad and they make us laugh until we cry. And a loyal dog who was rescued in the aftermath has repaid the love shown by his adoptive dad by staying by his side till the bitter end.

When one Air Force veteran-turned-assistant fire chief, Daniel Hove, first received his several ill, his friends and family were right there to support him – including his 11-year-old lab, Gunner. Hove’s loyal pooch rarely left his owner’s side.
They were always doing everything with one another, therefore it was no surprise that eventually Gunner fell ill when Hove was in his final days. Nicoletti recalled her father and Gunner being very in sync, with both of them getting sick together. 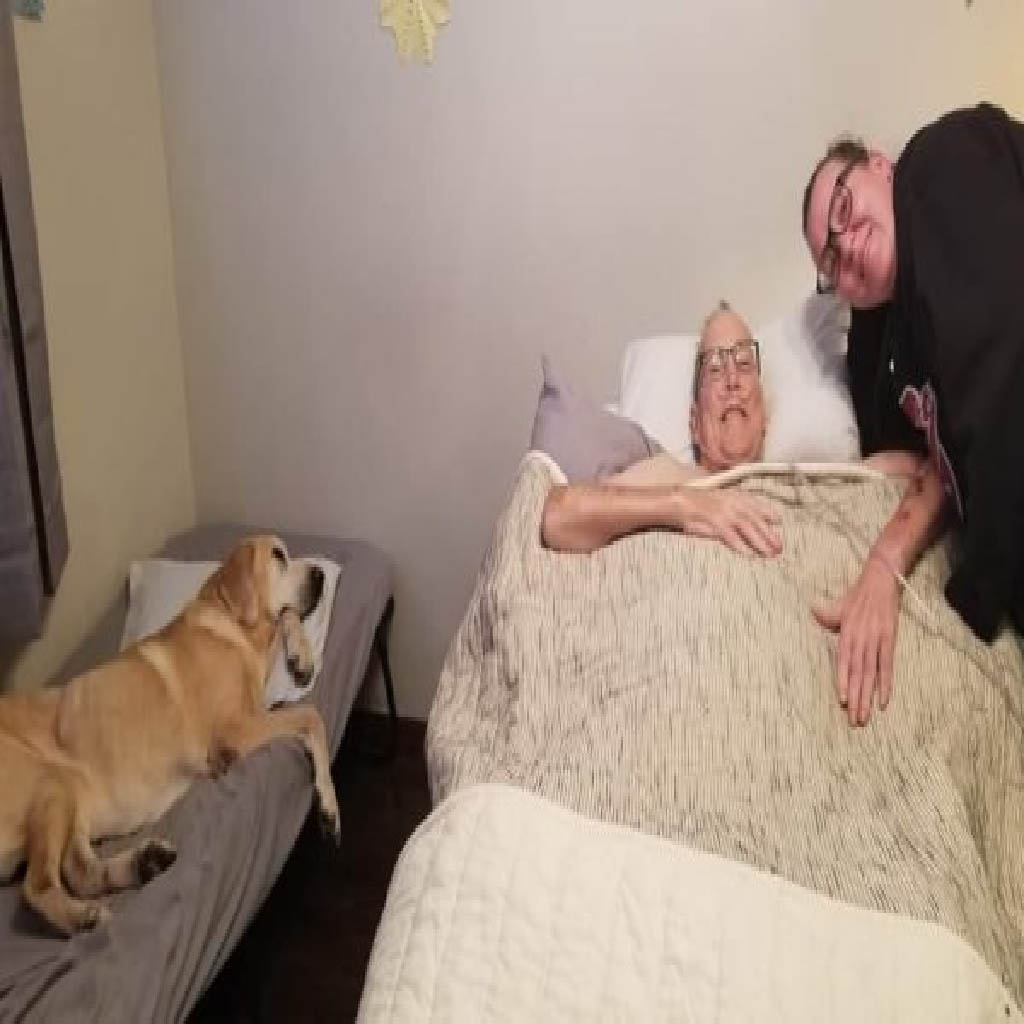 Then the day that everyone was dreading came. The family knew that it was only a matter of time before they had to let Gunner go and be at peace.

“I called the vet clinic I used to work at,” she said, “They got me in right away and I rushed him up there, put him to sleep. And about an hour and a half later, my dad was gone too.”

“I had said I don’t know what’s going to be more traumatic for him,” she said. “To try to take him away to end–to put him to sleep– to end his suffering, or if you let him live through dad (ᴅʏɪɴɢ). We knew they were going to go together. We just didn’t know it was going to be hours apart.” 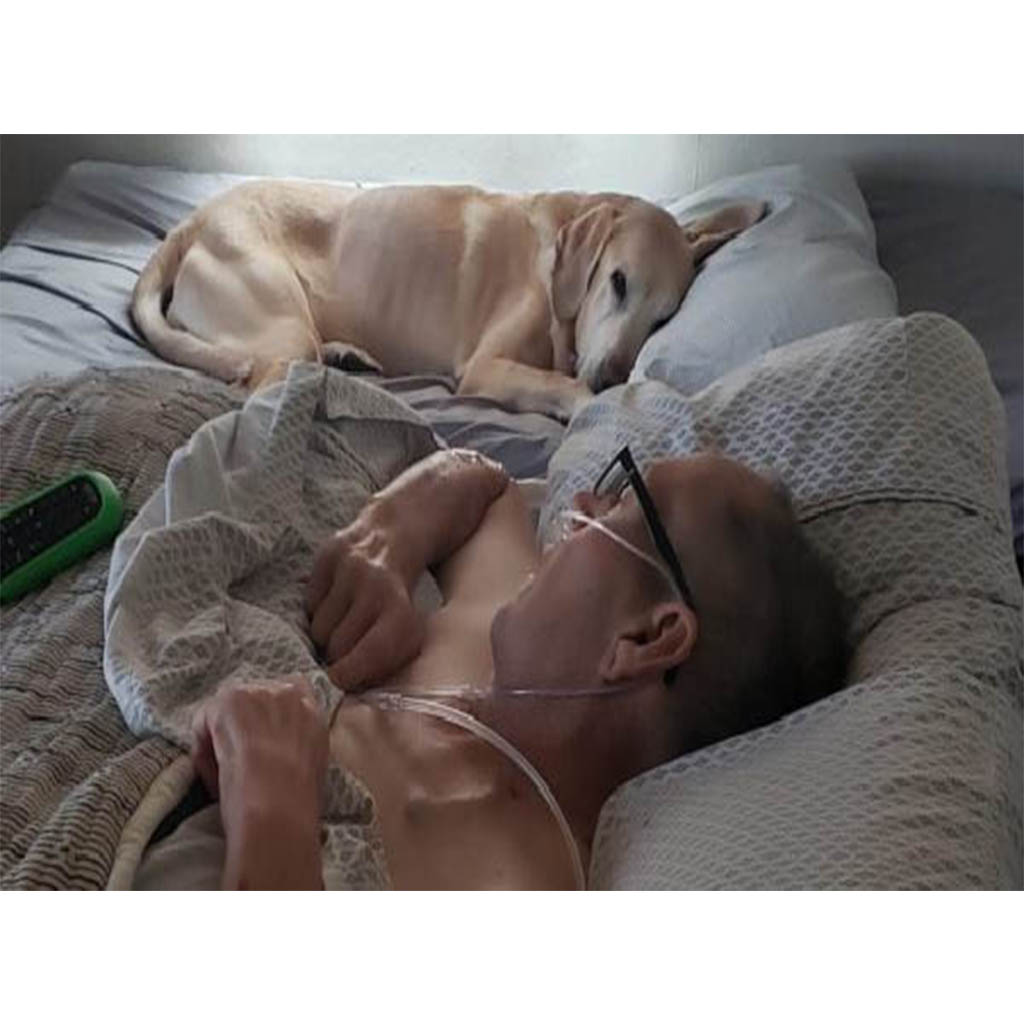 “Gunner could not be without my dad,” Nicoletti added and said. “I think he chose to go with him.”

Hove’s daughter, Heather Nicoletti, shared with us, “They were best buddies till the end. They were hunting buddies, they went everywhere together.”

At least they had each other in their final days. And it must have been a comfort to their family to know that they were together in heaven. 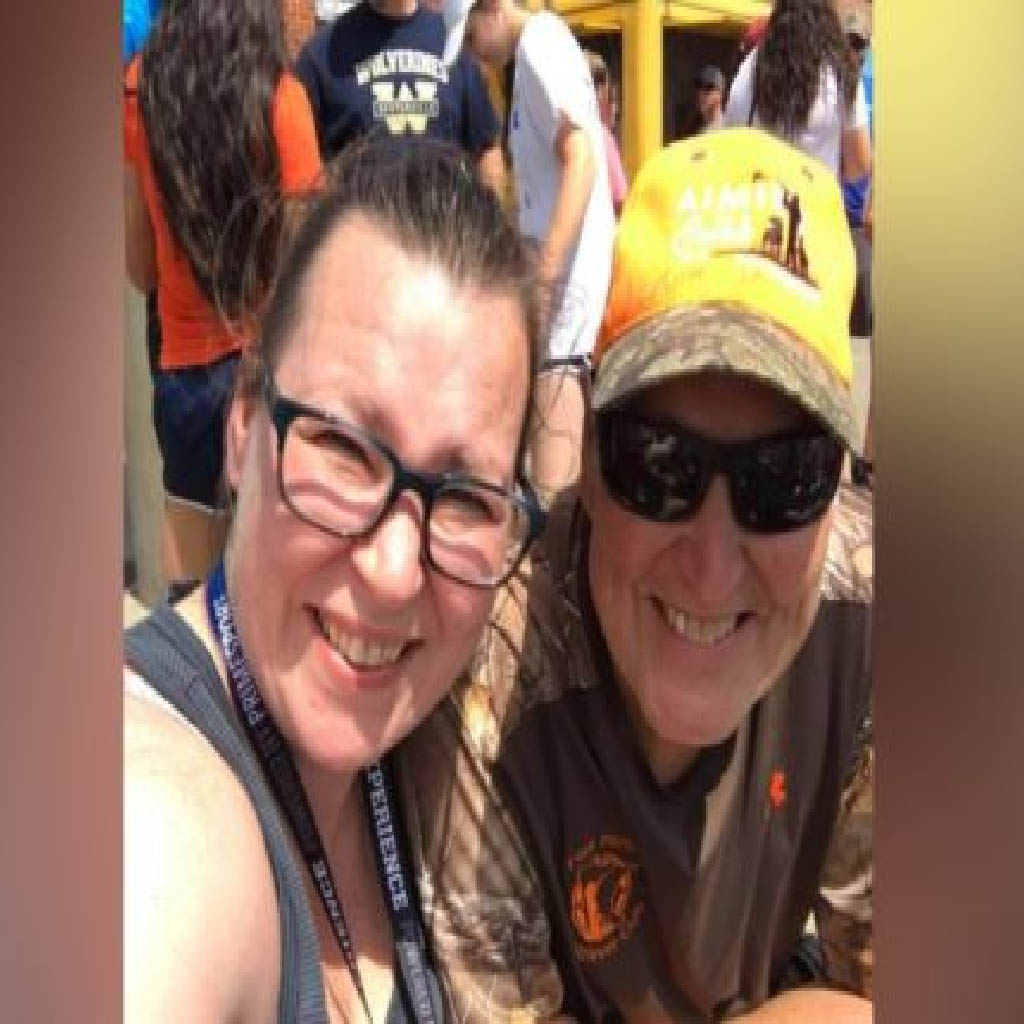