We always love stories of unlikely animal friendships. Sometimes when you have different species under one roof you wonder if they’ll be able to get along, only for the animals to get along great. Like one heart warming story of a group of orphaned puppies who found a friend and guardian in the most unexpected creature.

Andrea, a foster home and member of 2nd Chances Rescue, took in three puppies abandoned in the PetSmart parking lot a few years ago. 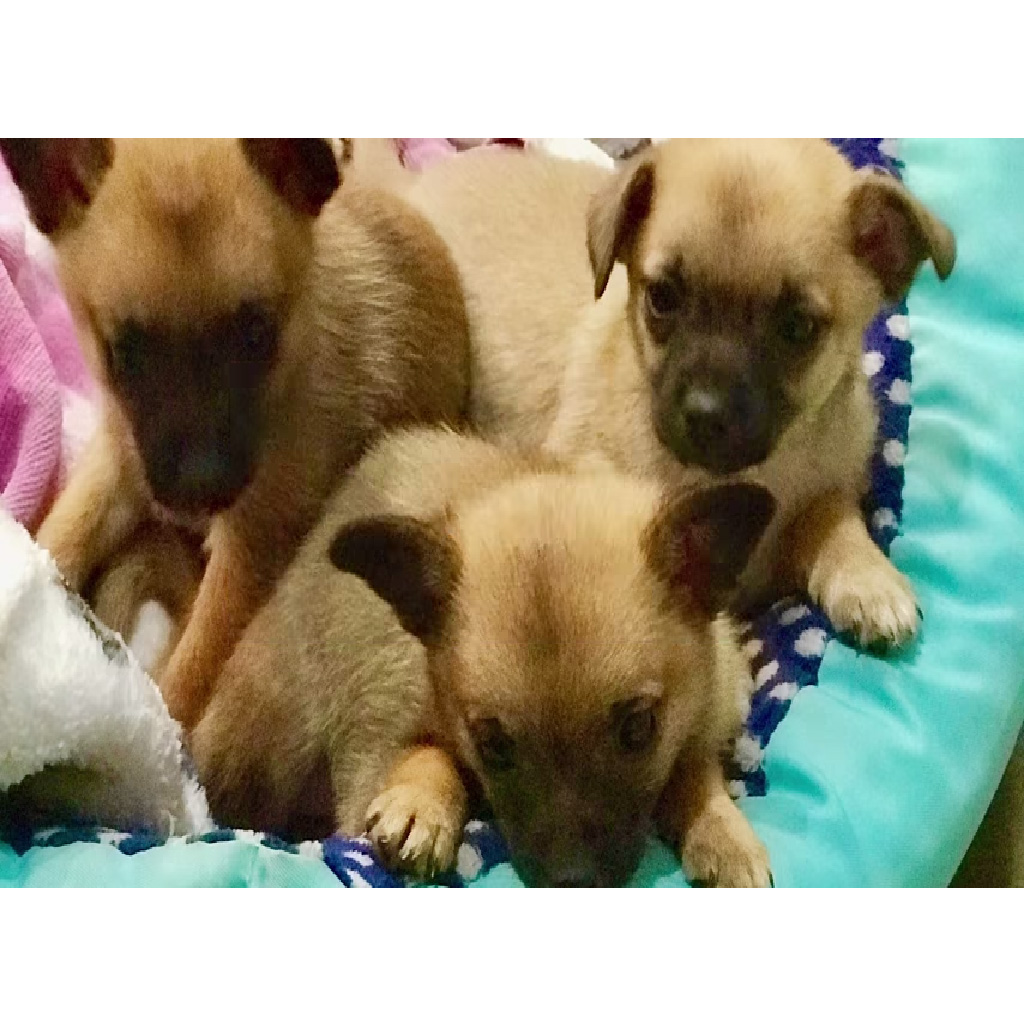 “A man came up with a beer box filled with these four puppies,” Andrea told. “He said he caught them in his backyard and he wasn’t able to catch the mom.”

Andrea told, A man showed up with a case of beer with these four puppies. He claimed he caught her in her garden but was unable to capture her mother.

Andrea took the cubs in and raised them, albeit it took her some time to adjust to her new surroundings: They were scared, Andrea explained. Andrea also had another rescue pet, an eighty-year-old sulcata turtle named Goliath, in her care. 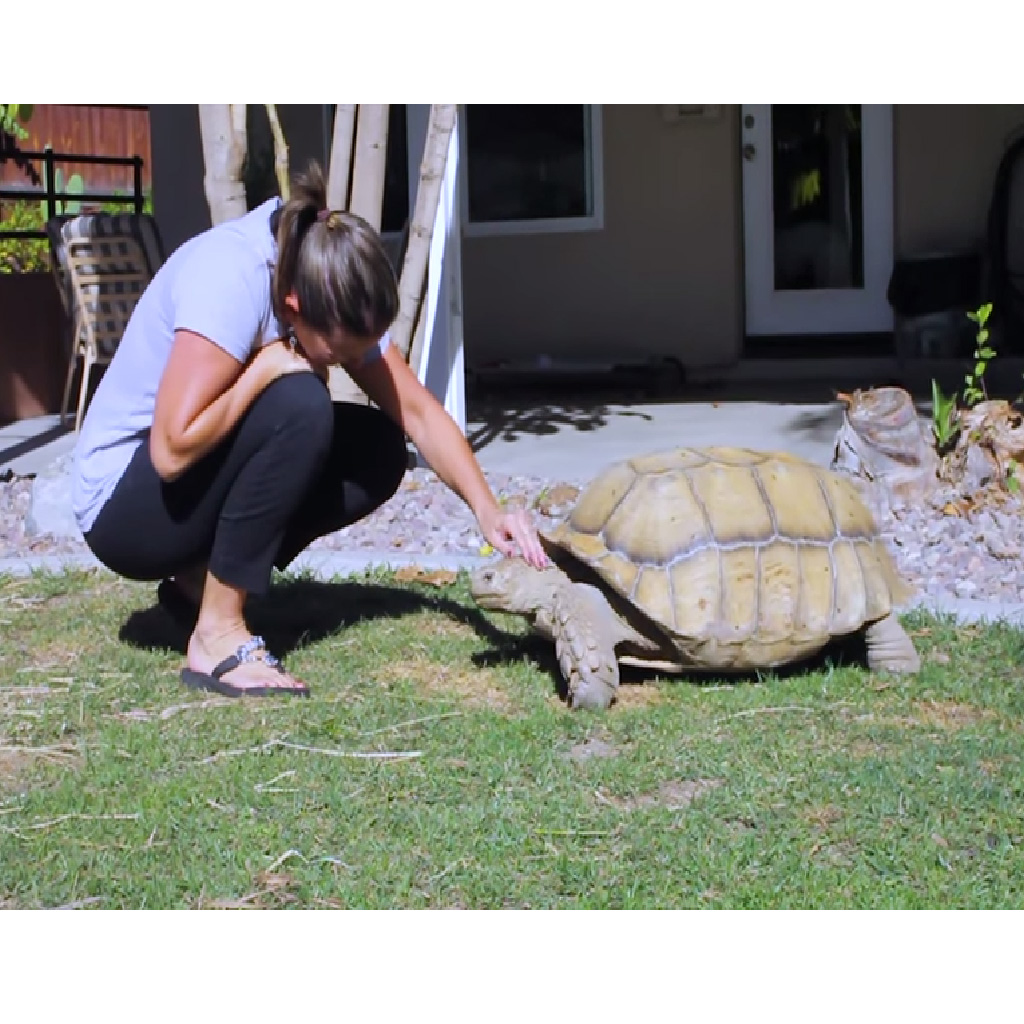 Andrea soon recognized a connection between her rescue dogs and the old tortoise and the baby cubs, which seemed weird at first. Andrea noticed one of the puppies was gone one day. She was terrified, but she quickly discovered the dog was hiding in Goliaths stable. 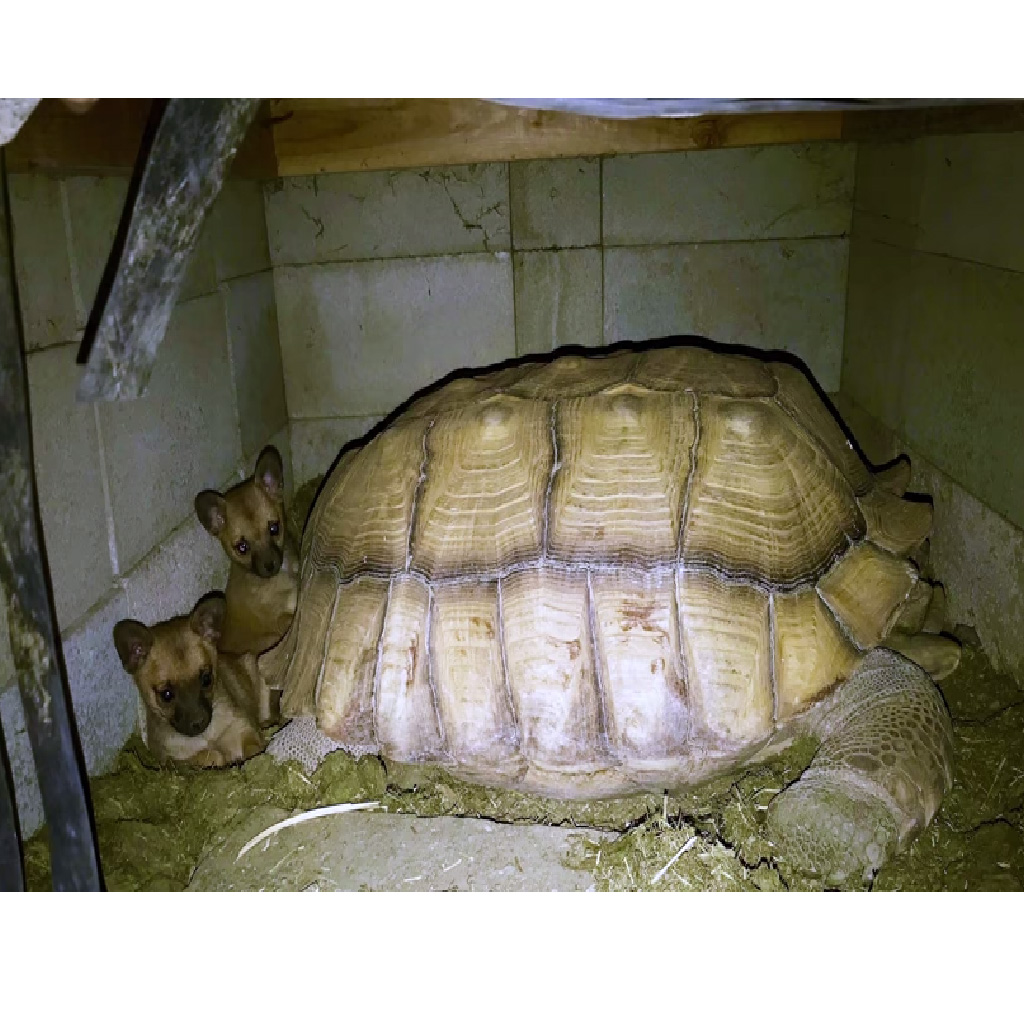 “They seemed to find a sense of security being with Goliath,” Andrea said. “I would find them snuggled around Goliath during the day.”

But not only did it help the puppies, it helped Goliath, too. Andrea says the tortoise likes attention and to be touched, however most dogs “are afraid of him and ignore him.” 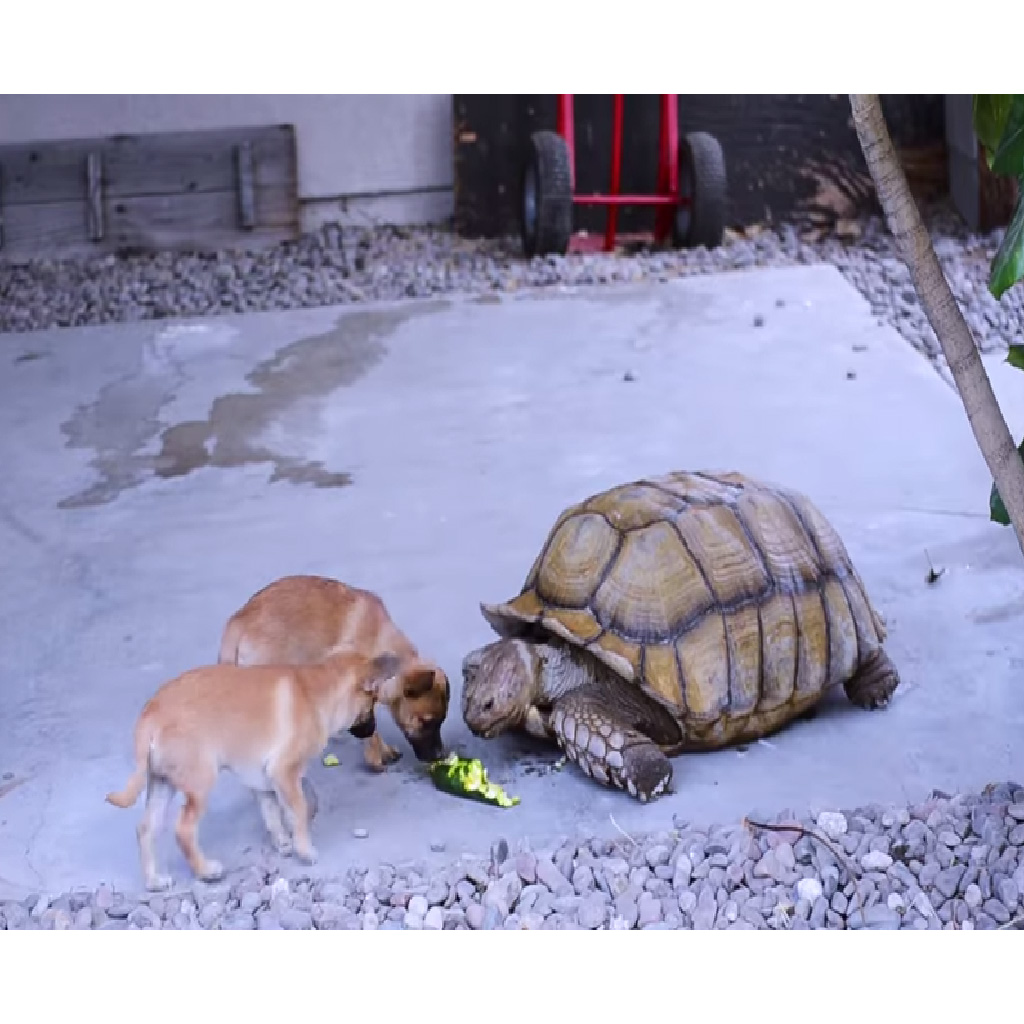 He soon noticed that all of the cubs enjoyed cuddling with their turtle pal, and that it seemed to provide a sense of security to the terrified puppies.

Clearly, the puppies saw things differently, and the tortoise was happy to finally have company: “I think he was thrilled, I think he loved it.”