The phrase about dogs being man’s best friend has been repeated many times. Both in words and in deeds. It is just enough to see a human with his fellow dog to realize the powerful friendship and loyalty that exists between them. A relationship of love and commitment built up over centuries.

The Bureau of Land Management and residents of Oatman, Ariz., tried for almost half a day to get her to attach to him, but everything they tried didn’t work. 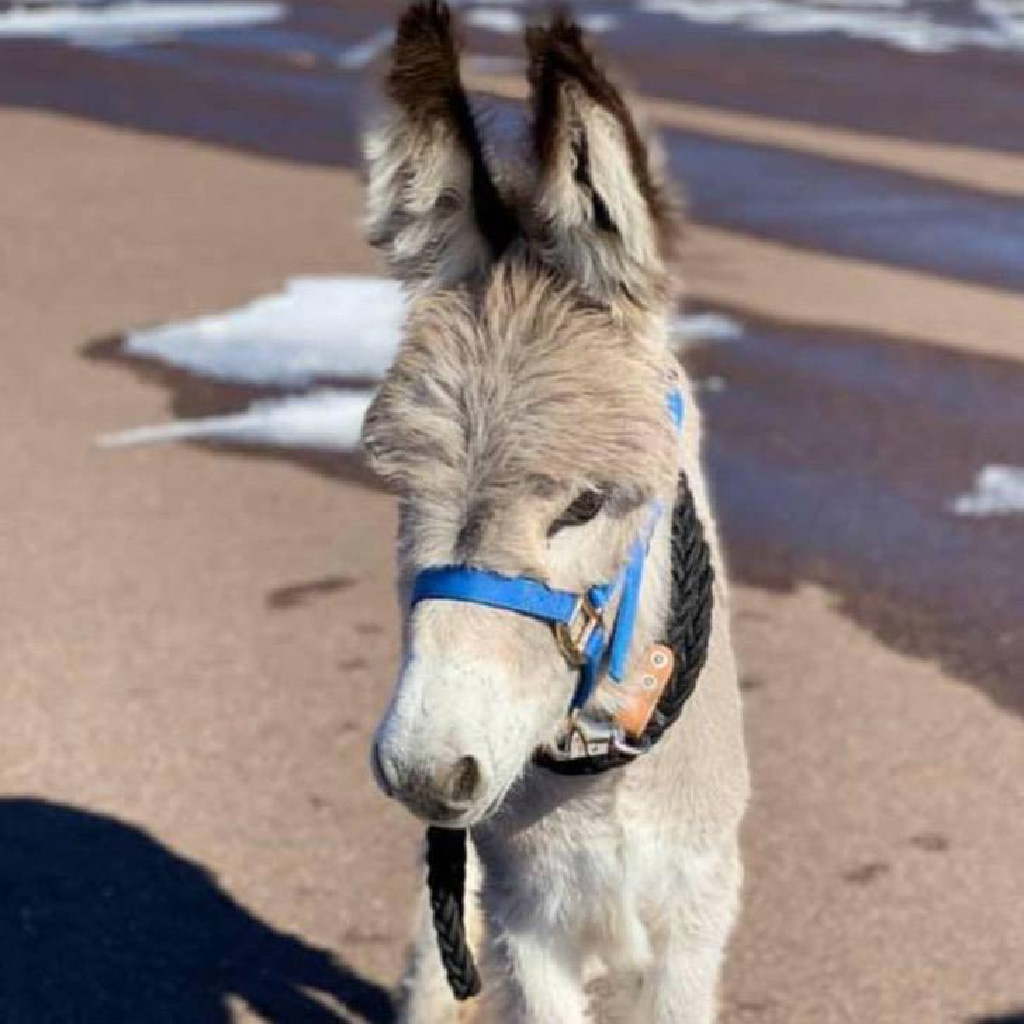 Rejected by his mother, the baby donkey found himself alone and looking for love and affection, which the American couple was happy to give him.
So Kelly and Brad Blake were contacted to see if they might help. Wild burros regularly roam around Oatman, but the Blakes have a soft spot for animals that need a boost. 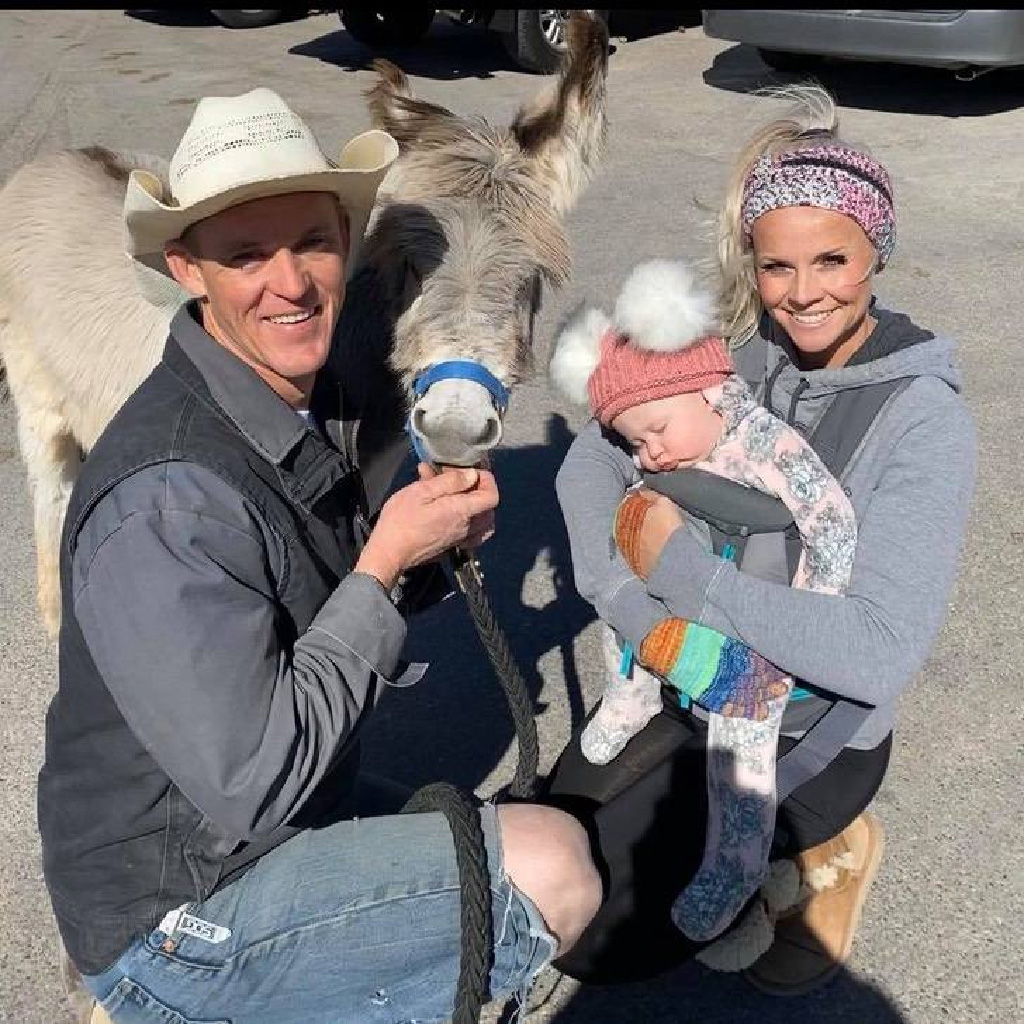 “Nothing was working, so we were called and asked if we would like to adopt him. Of course, we said yes!”

Thus, a new life began for him, and he was treated almost like a pet. Receiving such strong and unconditional affection from his new “parents”, Walter was able to bond and connect emotionally with them in truly unexpected ways. 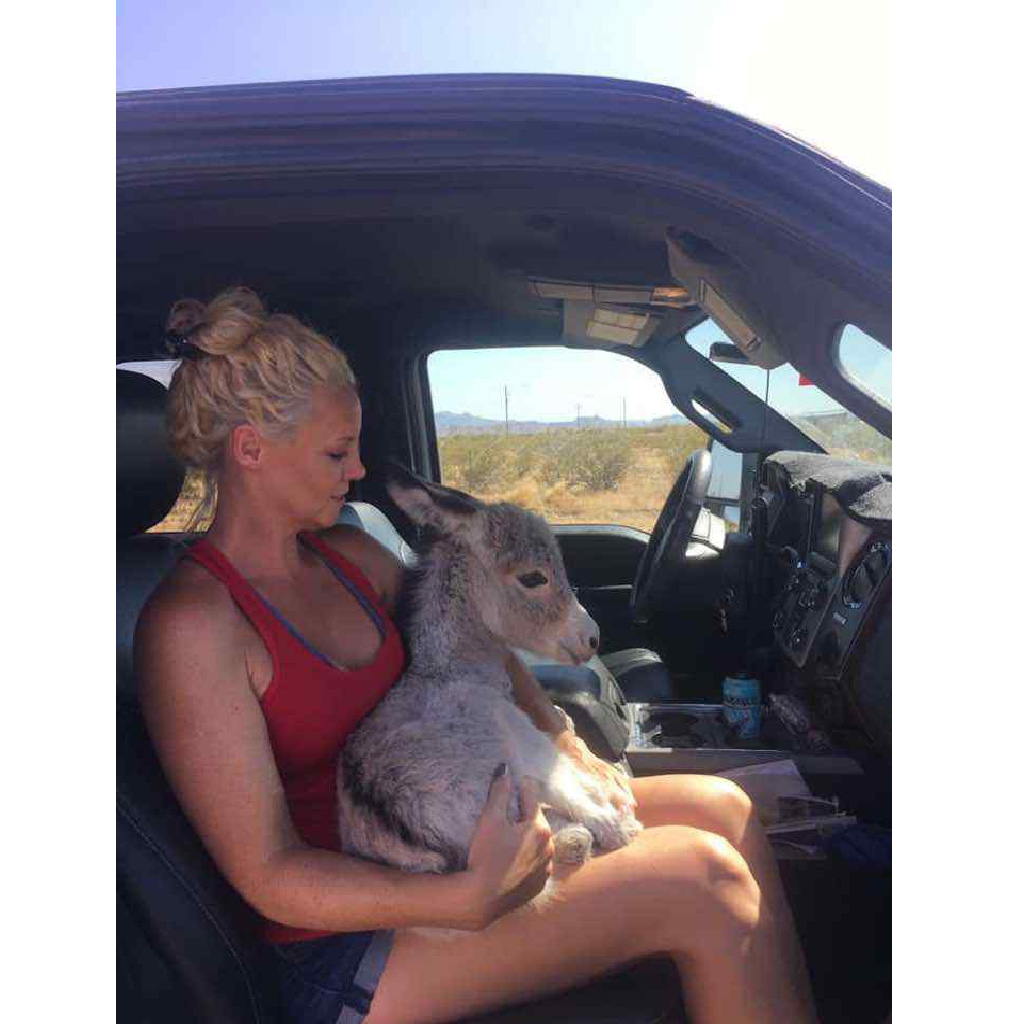 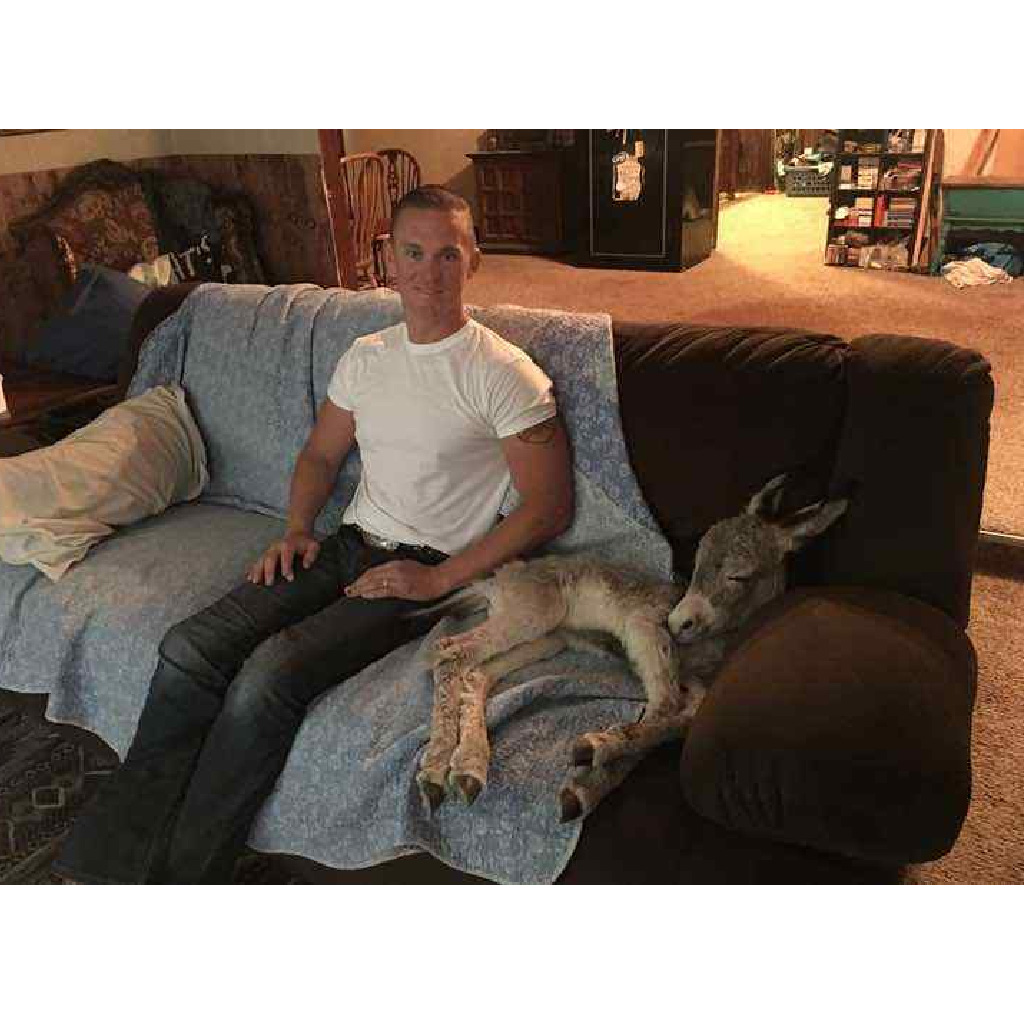 Together with Brad, the three German shepherd dogs in the Blake family have always been ready to welcome and help the little donkey, like a little brother. His three German shepherd siblings fell in love with him and they bonded surprisingly well … so well in fact that Walter the donkey started picking up on some of their habits and behaviors while he was growing up.

Life in his new home was beautiful. Walter the donkey grew to a healthy 150 pounds and lives in their home just like one of the dogs.

“We have three German shepherds and they all took to baby Walter from day one. They have helped us raise him and teach him house manners.” 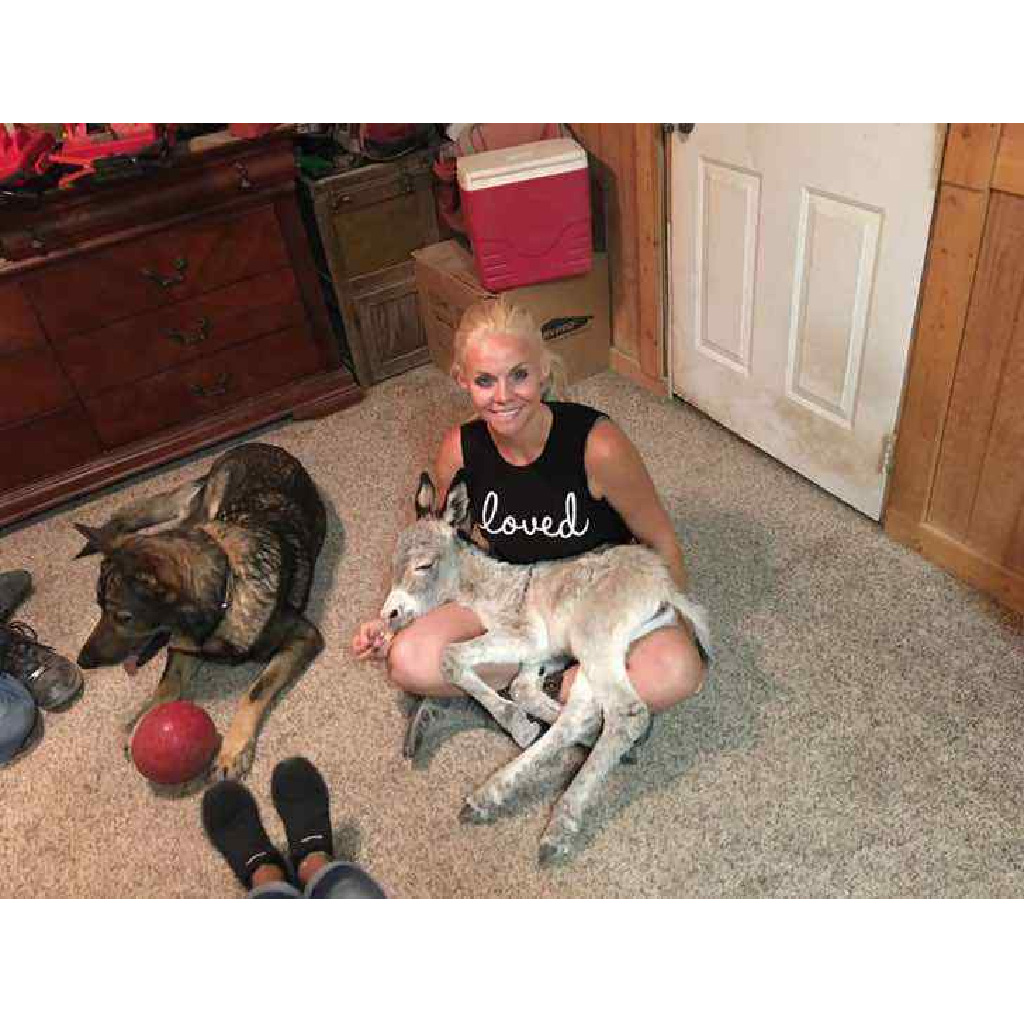 When Brad Blake returned home from a business trip, Walter the donkey was thrilled!
Walter galloped up to his Dad and pranced in a circle around him before nuzzling him just like a dog. This is some totally atypical donkey behavior.

“Walter acts as though he is a dog. He wags his tail and gets excited when we come home. He hops and brushes his body against me to love on him. He even lays on the couch next to me for naps. Every night we all go on our walk into the desert for exercise and Walter runs around with our shepherds as though he is one of the pack.”

Not only is this donkey loved in his family, recently, but he has also even shared his compassion as an emotional support donkey, working with several charities. 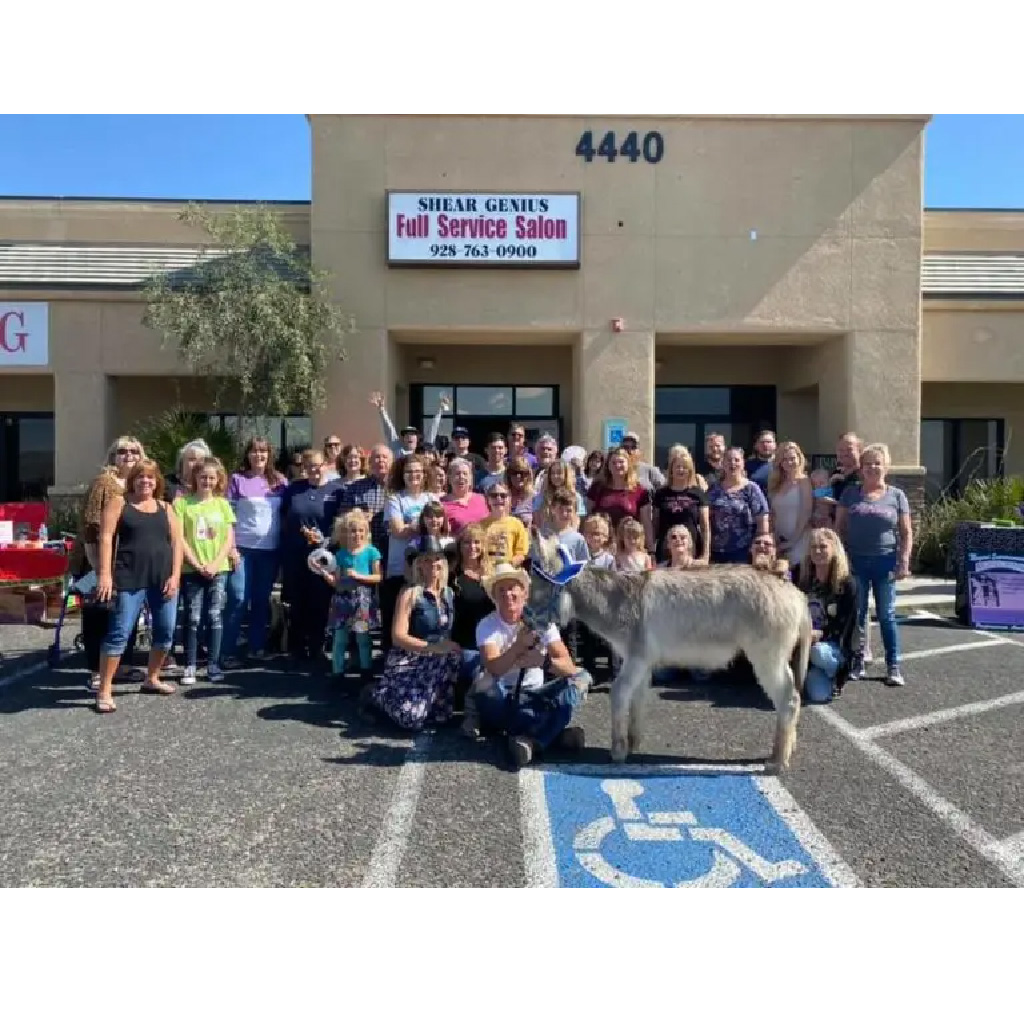