And we simple humans love nothing more than kitties that look kinda funny, whether it’s resembling an accordion, a flat head, or a human-like face. But when one woman posted a picture of a cat who looked like baby Yoda, she had no idea it would blow up.
This stray cat found in North Carolina is going to have no problem finding a forever home after a viral set of pictures has the internet comparing her to Baby Yoda. 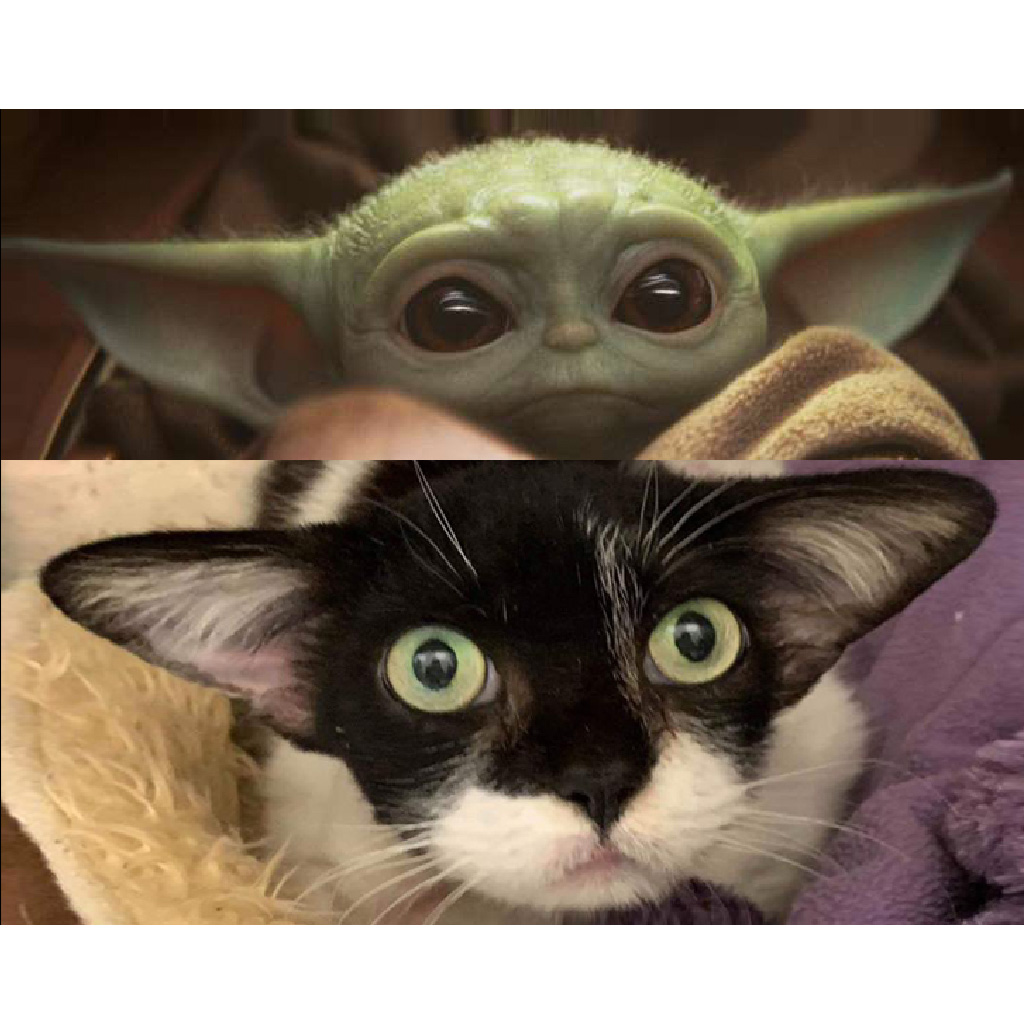 Cat Yoda was found roaming the streets and crying until a good-hearted woman brought it to a shelter. A quick vet exam showed that the poor thing suffered from a neck wound and upper . The cat was then sent to the Cabarrus Animal Hospital for where she stole the heart of the staff with green eyes and a black patch on her head and a few on her body is going viral on the internet after users compared her to the Disney+ series’ The Mandalorian’s character Baby Yoda. 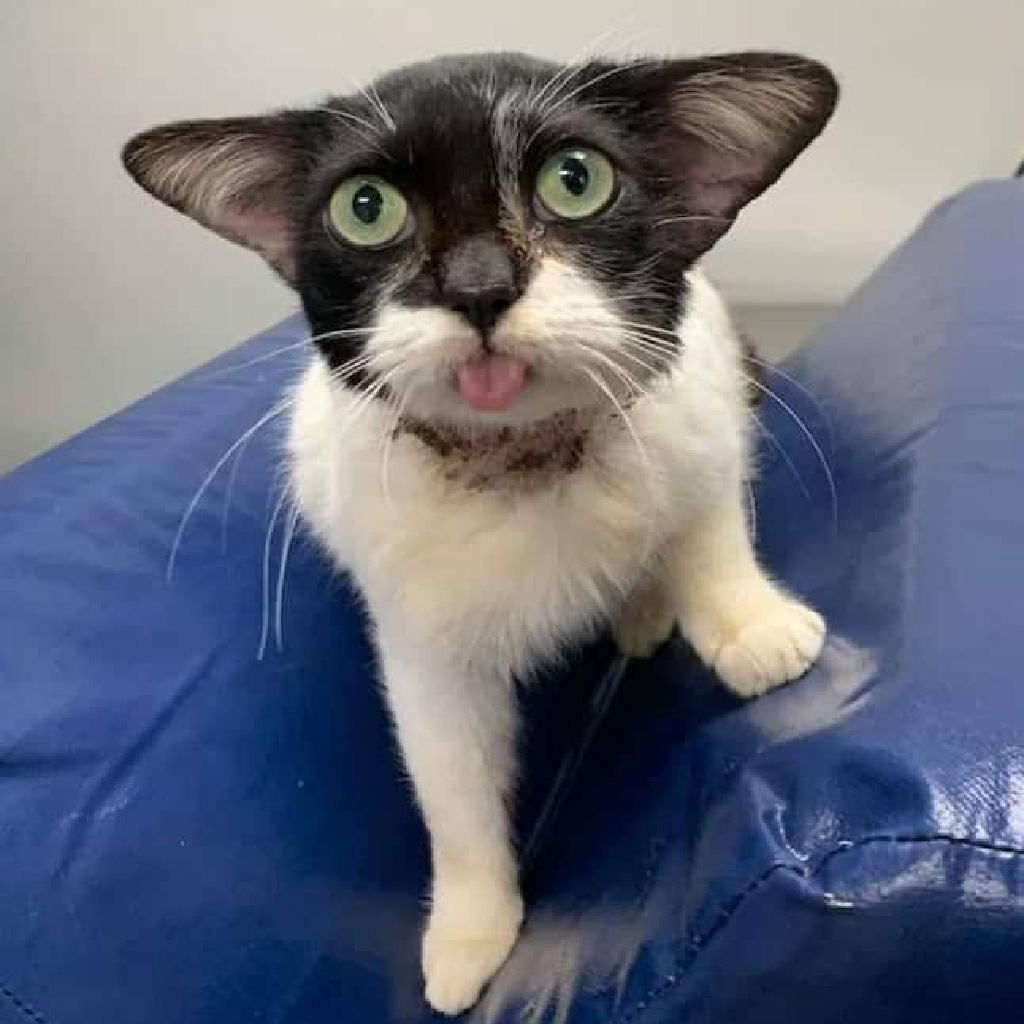 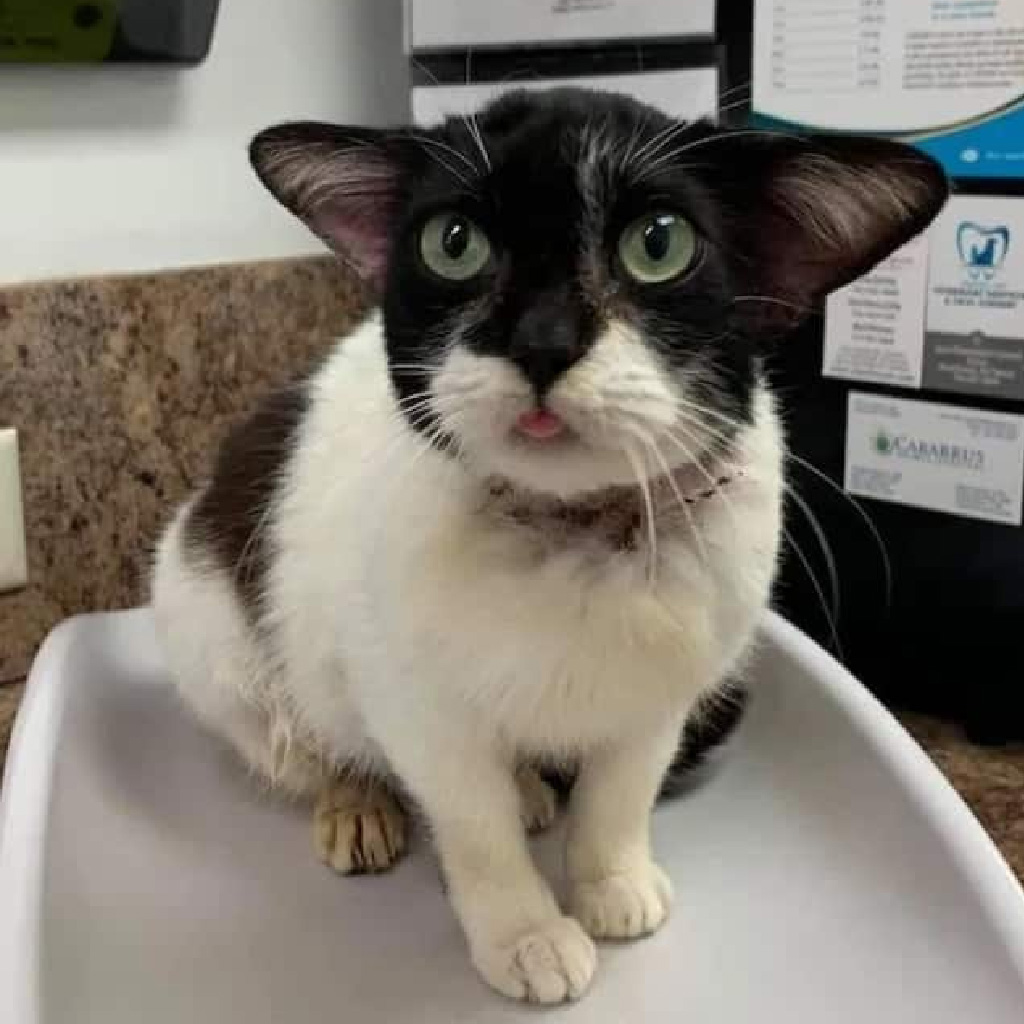 The cute cat often sticks her tongue out. And, while someone will look at all of this as a disadvantage, her features add to the cuteness. 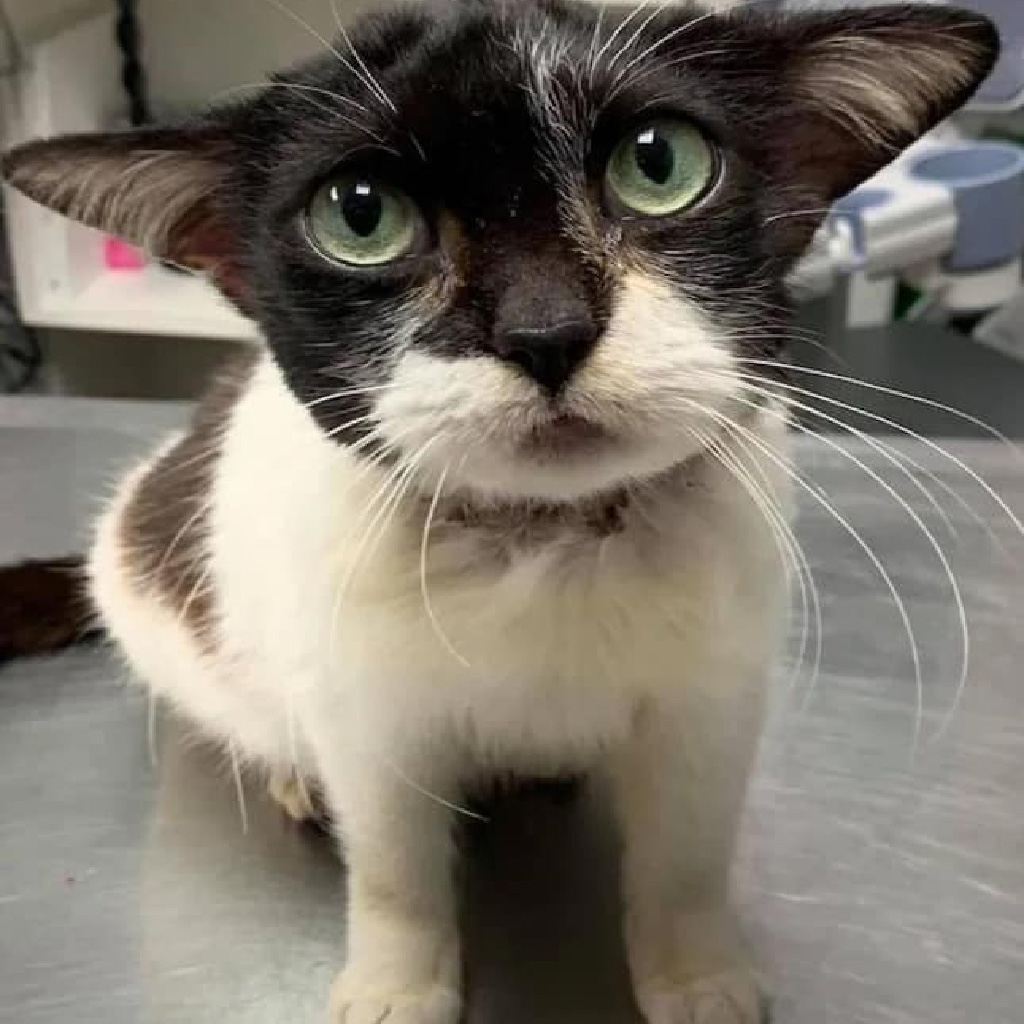 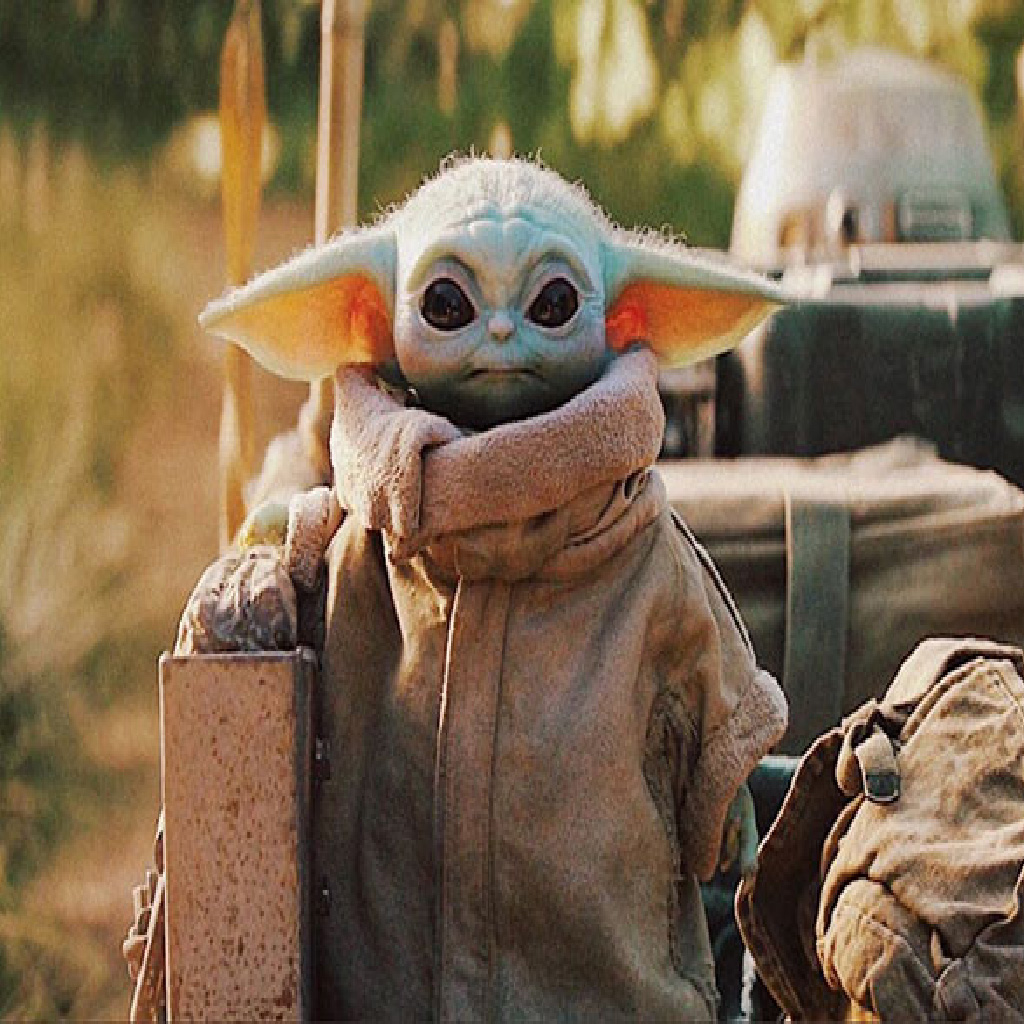 Yoda loves company and being cuddled. She is shy at first but loves nothing more than to cuddle and sleep in the lap of the staff.  Despite the rough start, the unique fur baby is known for its love of attention.

“She’s very cuddly, she’s very affectionate, and she’s very sweet,” Rominger said. “Her experiences have not made her into an attack cat. She seems to like people and loves being in laps. She’s going to make someone a very nice pet.” 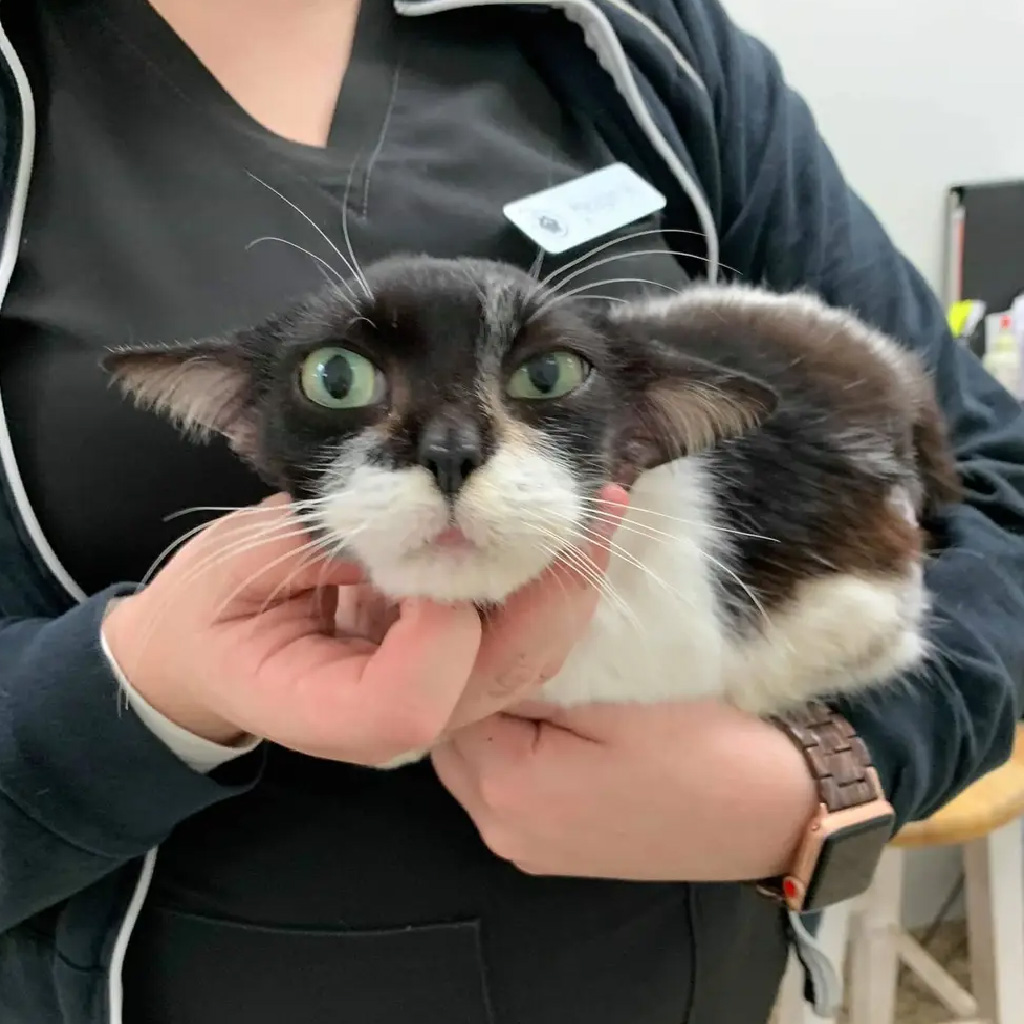 Once fully recovered, the Yoda cat will be up for adoption!