Just like us, animals have emotions and know how to show their gratefulness to people who help them. Therefore, when a kangaroo was saved from a freezing water lake by two heroic passers-by, he decided to use his own way to thank them.

David Boyd was walking around Lake Burley Griffin in Canberra, Australia around 5:30 am one morning when he spotted the kangaroo standing in the frigid waters. He pulled out his phone to call the authorities for help when some passers-by waded into the water to help save the shivering marsupial. Boyd filmed what the Good Samaritans did. 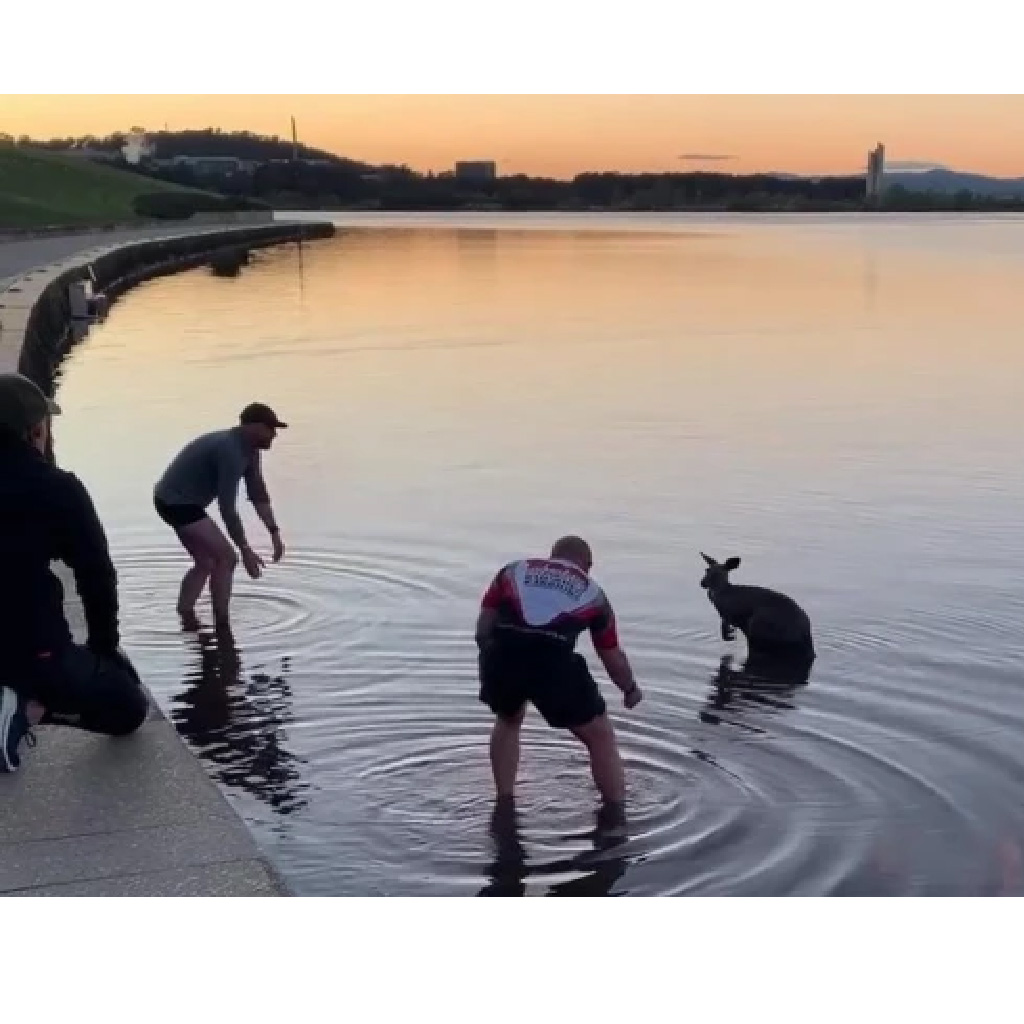 Their heartwarming rescue effort was filmed by David Boyd, who was on the phone with the government in Canberra about the stranded animal this morning when they waded in.

The video showed two men slowly approaching the little shivering roo from two directions with their arms out. They called for it to come closer to them, but it swiveled its head nervously and remained fixed to the spot in the cold Lake Burley Griffin.

As soon as the man on the left reached out to grab the kangaroo, it threw its arms over him and kicked the water. The second man arrived soon after to help to scoop it up and lift it to safety onto the promenade.

The uploader of Boyd’s video noted, “The temperature in Canberra was -1.5 degrees [Celcius, which is 29 degrees Fahrenheit] at the time, according to the Bureau of Meteorology, with an apparent temperature of -6 degrees” which explains why the kangaroo had difficulty getting out of the water and seemed somewhat stunned after being rescued.

In an apparent gesture of appreciation, it extended its arm to one of the rescuers as if to offer them a handshake. Mr. Boyd said he thought this was its way of saying thanks for saving it from the icy water. 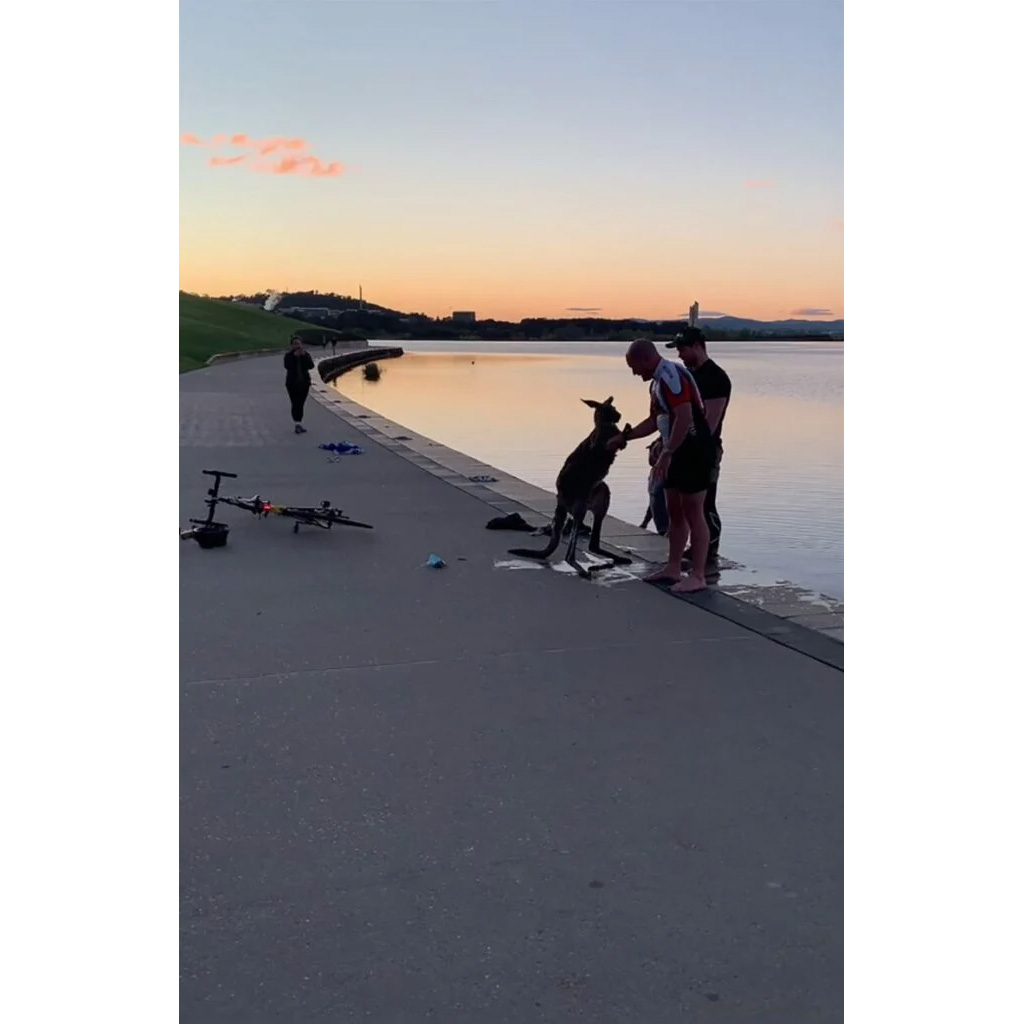 ‘Aw, he’s thanking ya,’ he can be heard saying behind the camera.

Finally, the kangaroo was pulled from chilly waters by two heroic passers-by in Australia. 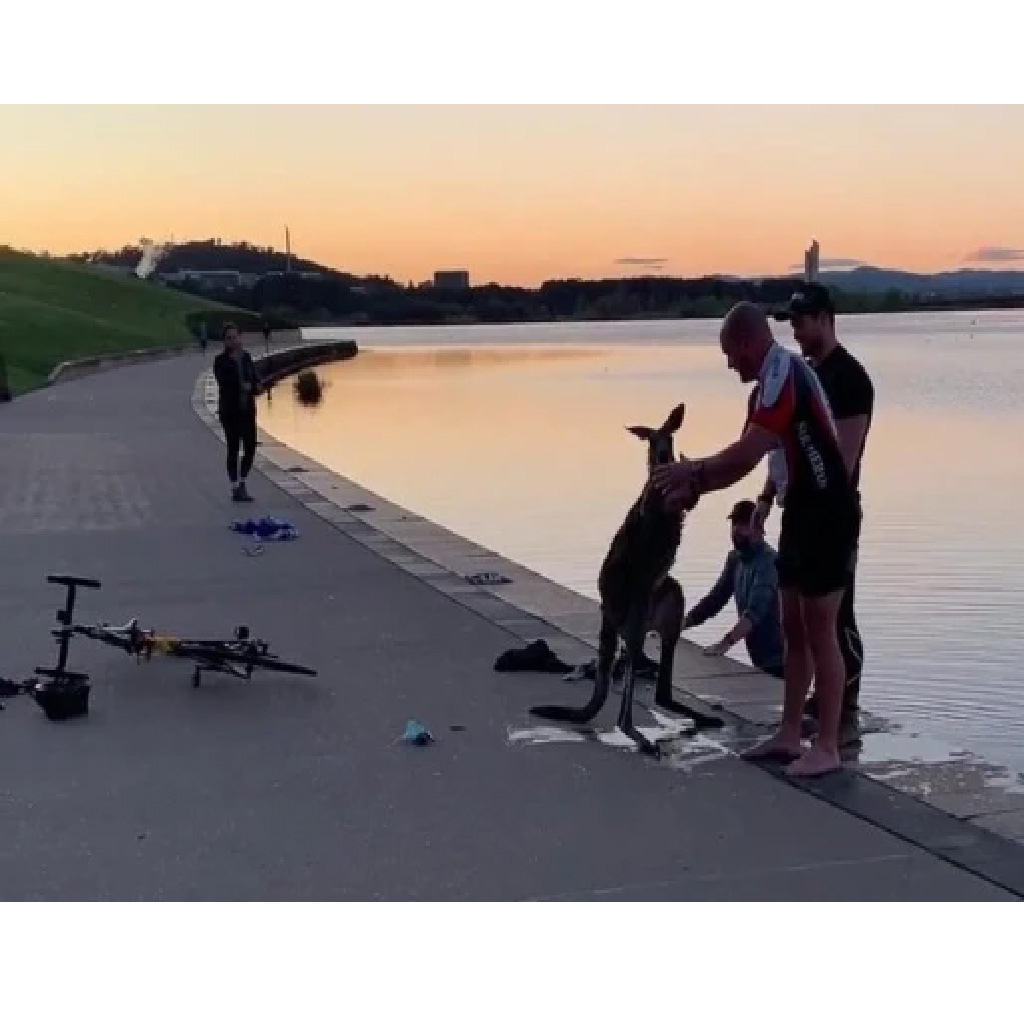 Many users commended the men on jumping in and saving the roo. One user wrote: ‘Omg that’s so amazing! Thank goodness people were around to see him in there or he would’ve frozen.