It is not uncommon to see an armadillo or two if you are in East Texas. And many times, these armadillos will travel close to homes and are unafraid of humans. But not many people can say they have witnessed an armadillo enjoying the sun and chilling in their backyard swimming pool. 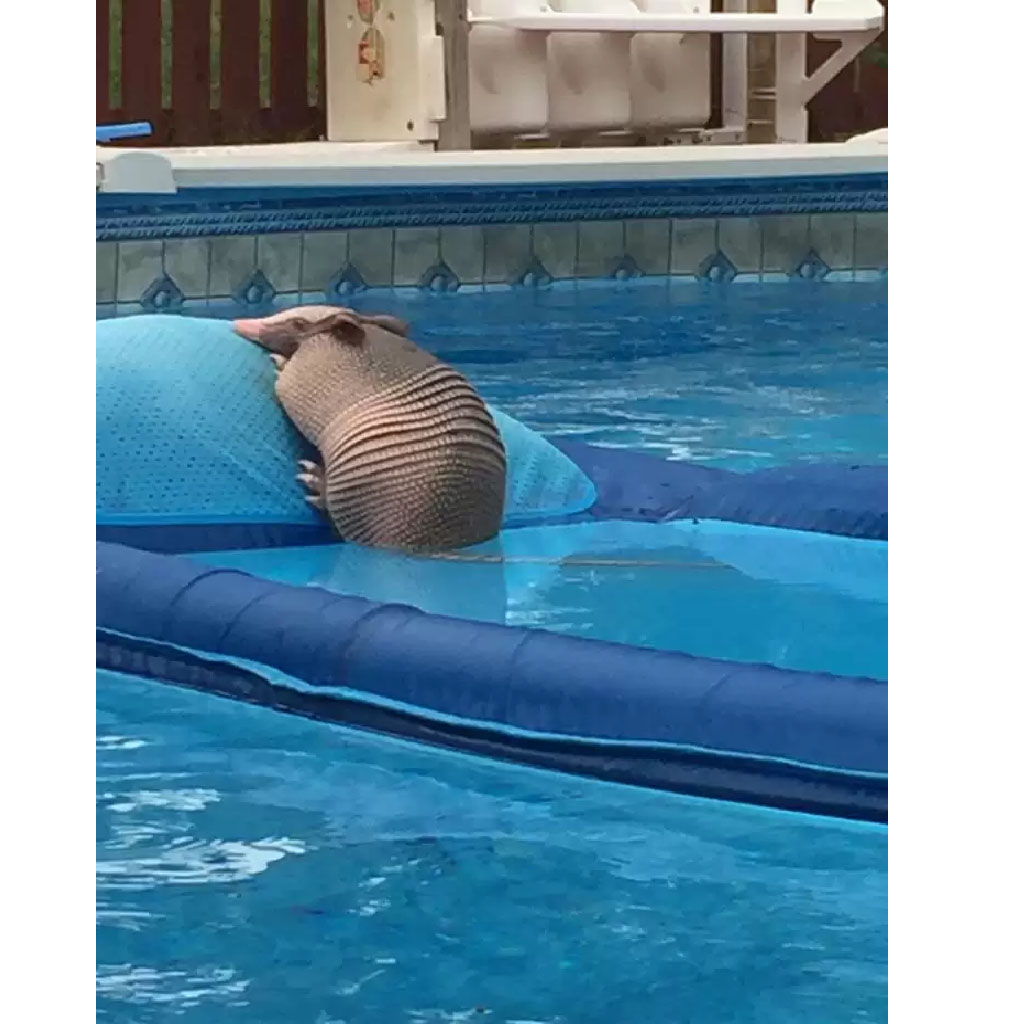 Tammy Anderson of Nacogdoches, Texas, was checking on her sister-in-law’s house while she was away on vacation and found the unexpected visitor in the family’s pool. It had been pretty hot out, and West’s pool is a perfect spot to stay cool. So, seeing as no one was around to be bothered, the armadillo evidently decided to make use of it himself
Tammy couldn’t quite believe what she was seeing, so she had her mom come take a look too. Yep, an armadillo. 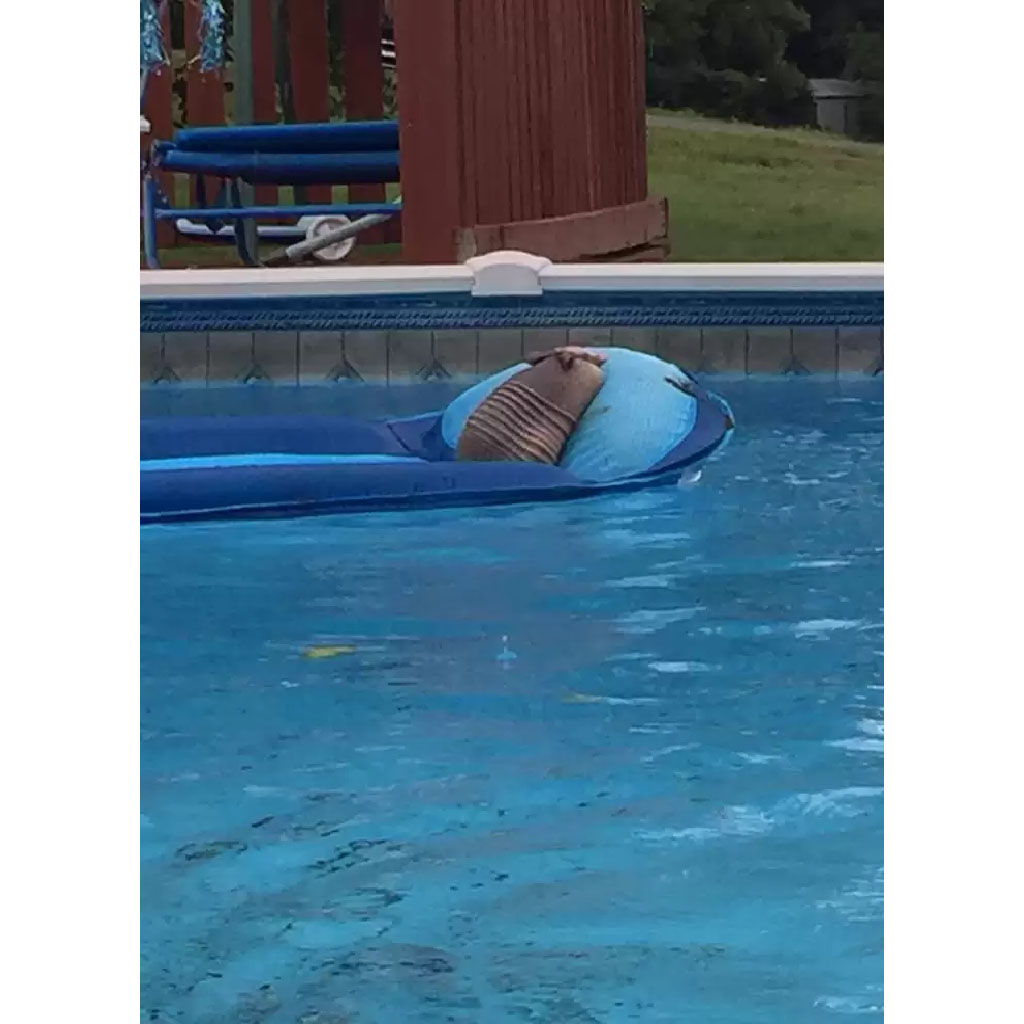 The two decided to help the creature out of the pool as it appeared the little fella was in no hurry to leave the cool water on the hot summer day. “It’s just chilling, ain’t it?” Tammy’s mother proclaimed in the video she shot the strange sight. 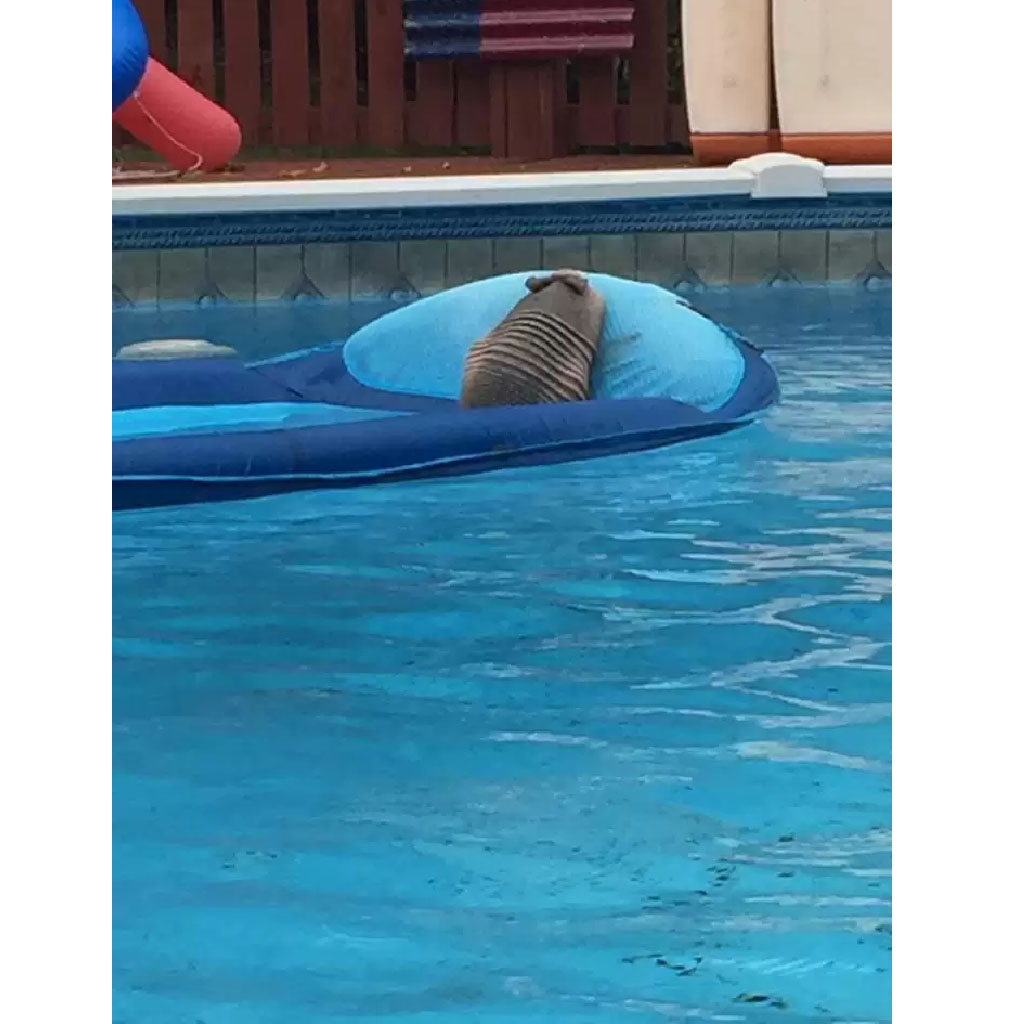 Word soon got to West about what was going on back at her place. Interestingly, she, too, was cooling off at the beach the very moment the text from her sister-in-law buzzed through.

“My daughter came running out in the water with the phone, so I thought something was wrong,” West told. “Then she showed me the pictures. I was shocked but thought it was amazing and hilarious. We had a very good laugh about it.”

And to Dolly the dog’s credit, she was more curious about the armadillo visitor than suspicious and knew well enough to leave the critter alone. 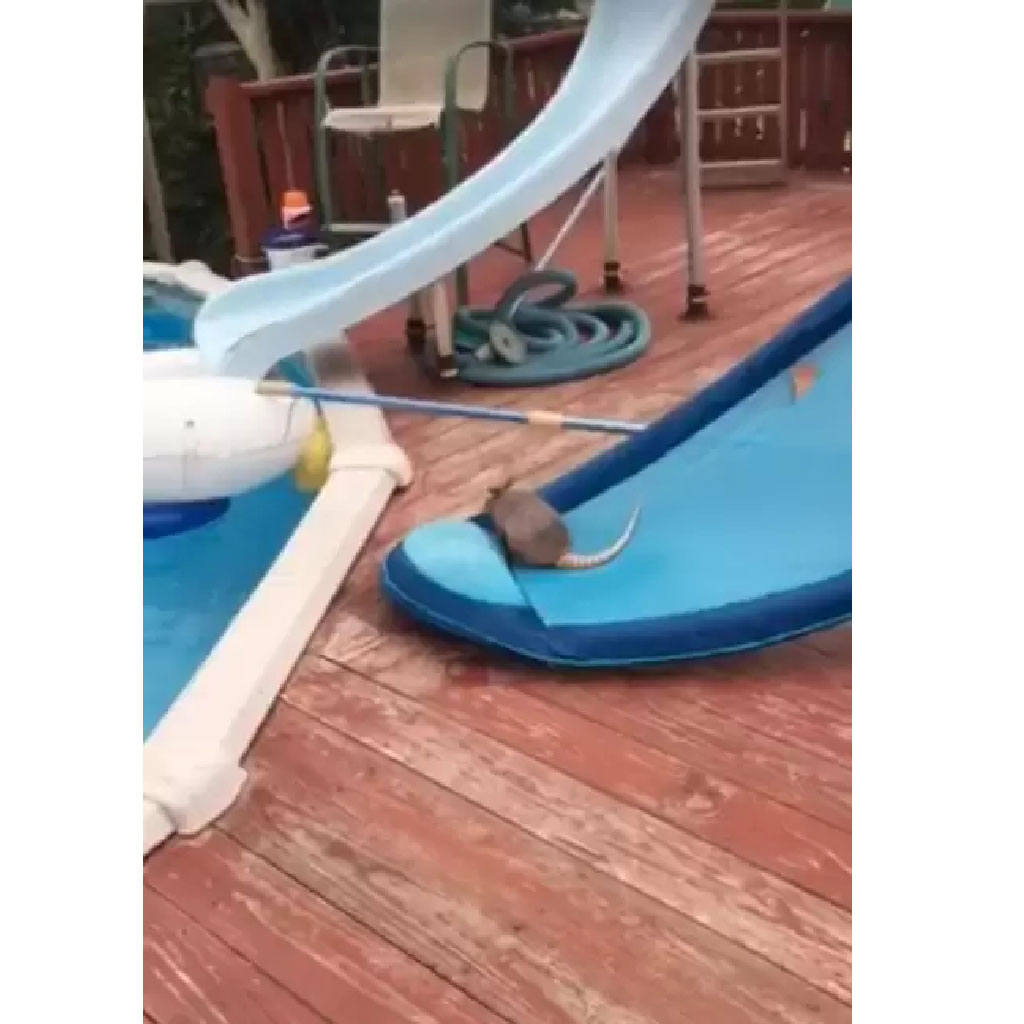 “I would probably just let him chill and see if he could manage to get out on his own,” she said. “[But] we are still wondering how he managed to get on the float like that.”

In the end, West really didn’t mind the visitor being in her pool. But while armadillos are excellent swimmers, she had her sister-in-law help the armadillo get out just in case he couldn’t do it on his own. 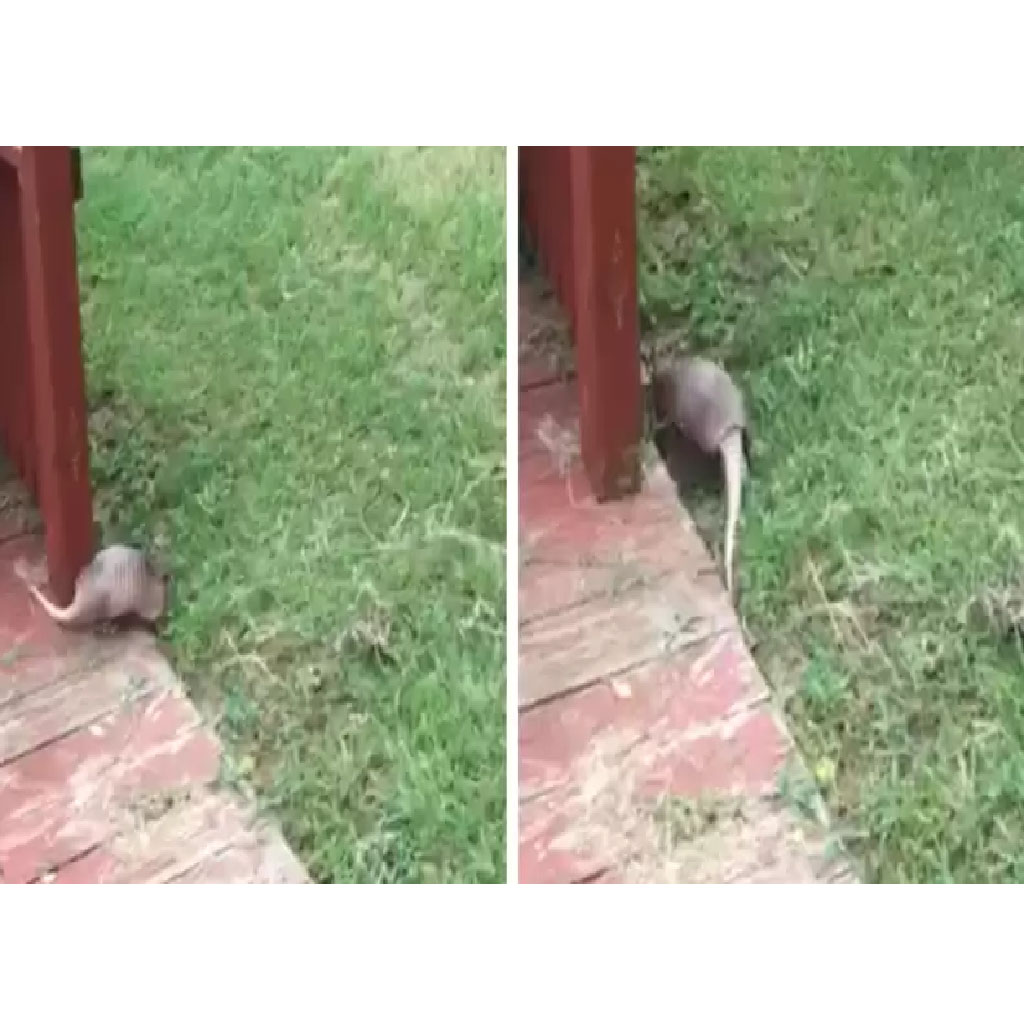