A cute baby elephant has left a lovely mark on both the sand and the hearts of netizens after taking a nap. One-year-old calf Anjan dozes off in the sand in his enclosure at Chester Zoo in the UK, his face and trunk etched in the sand perfectly. 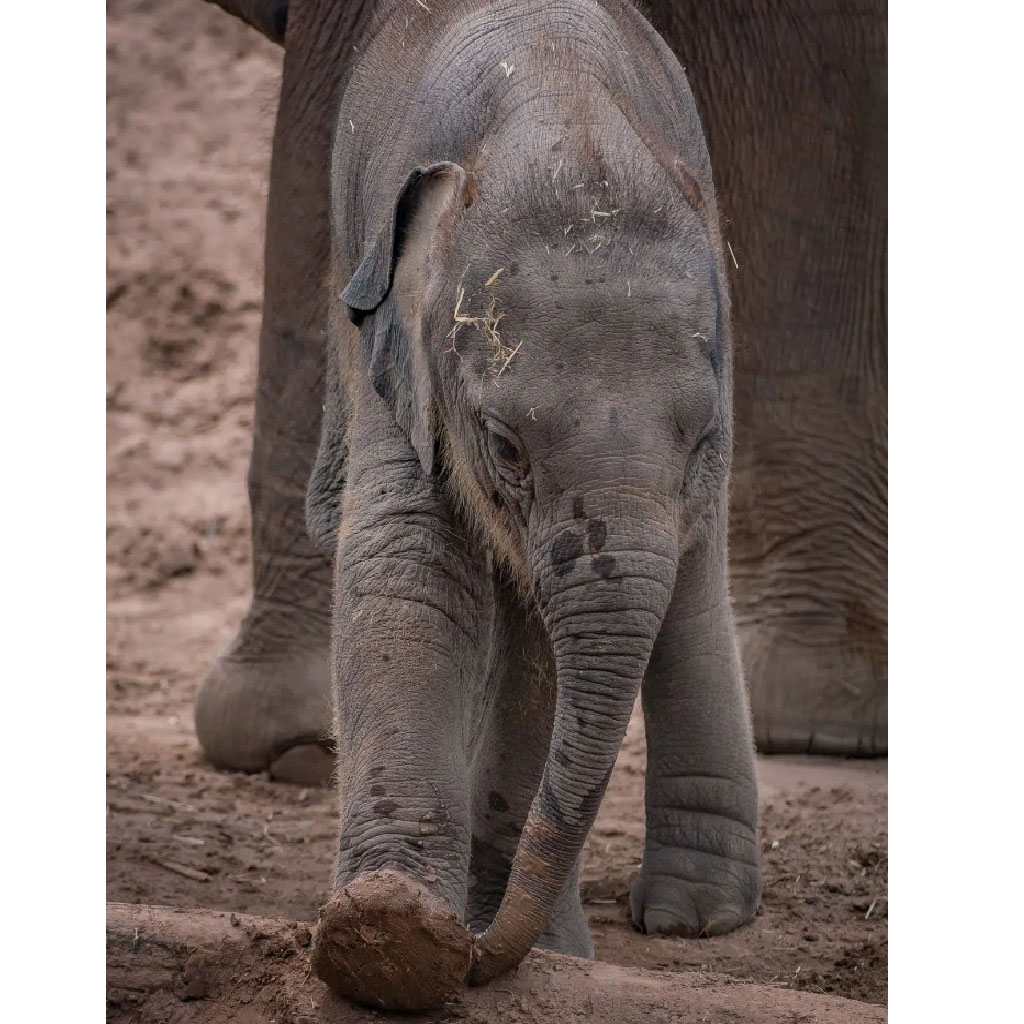 The next morning, when the keepers came to feed them breakfast, they could not believe in their eyes when they discovered the perfect mark. On first glance, you might be forgiven for thinking you’d stumbled across an impressive piece of wildlife art. 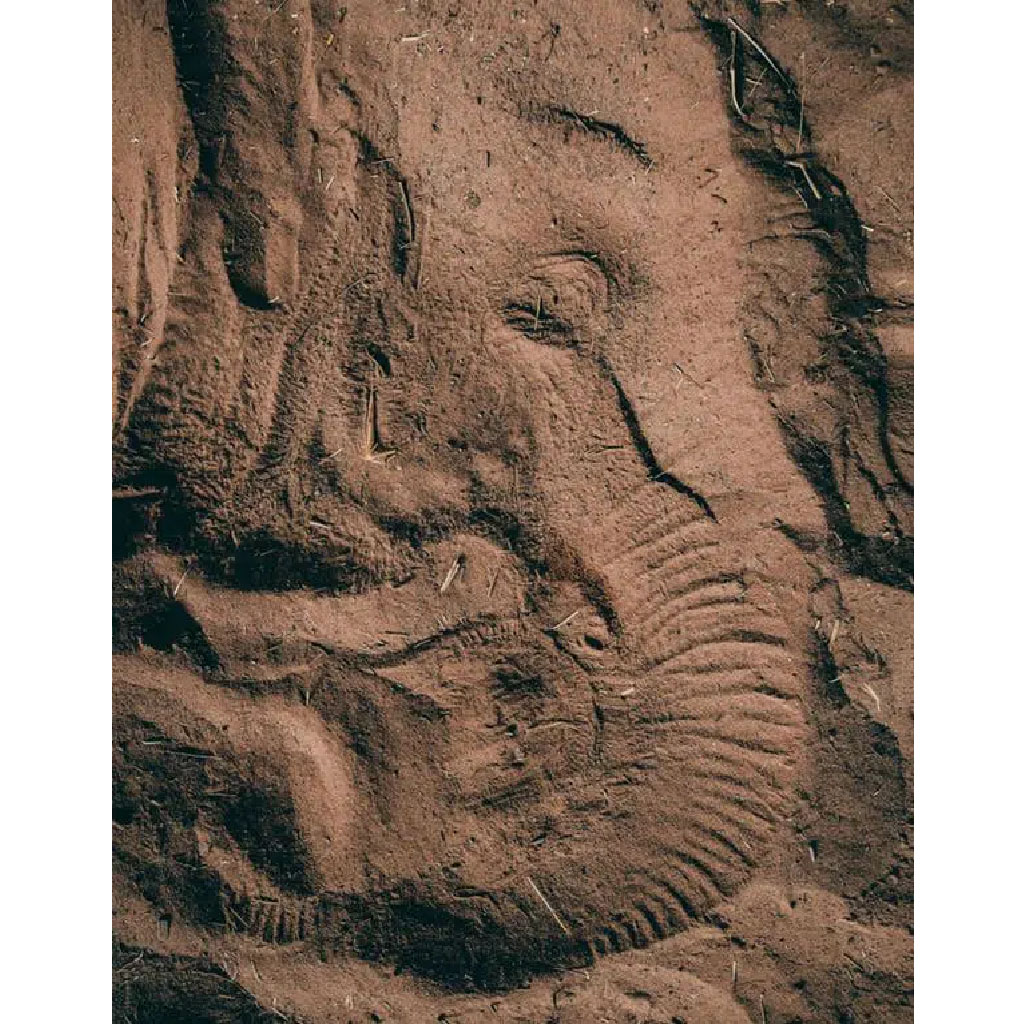 The fine detail – right down to the elephant’s trunk and eyes – shows the perfect outline of the gigantic beast. But this is not the work of an artist. Nor is it likely to remain in the spot where it was found for too much longer

People even flocked to the zoo to preserve the unique sculpture, but it was too late as it was right in the middle of the elephant herd and the funny baby elephant stomped on it shortly after the photo was taken. 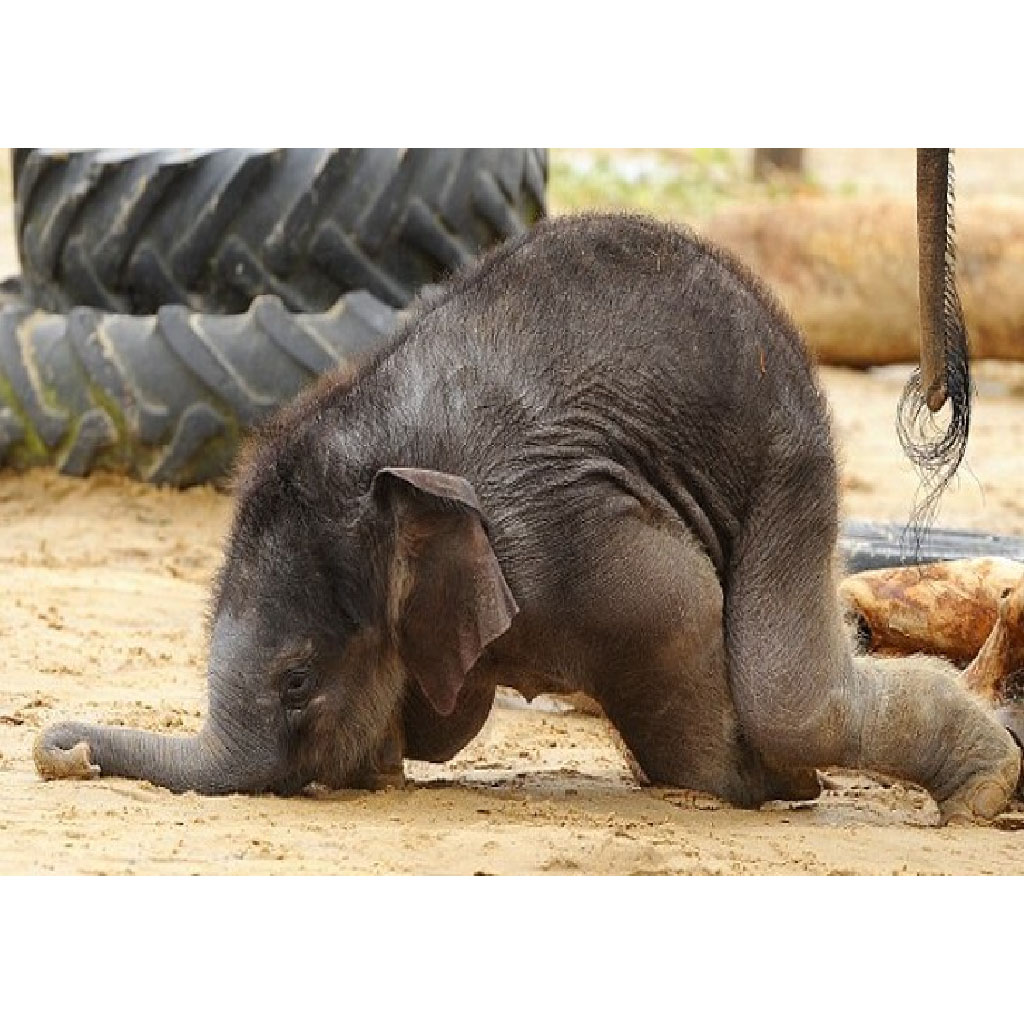 “What is quite remarkable is that no other elephants in the herd, or indeed Anjan himself, stepped on it and disturbed it before the zookeepers got to it the next morning.”

Although elephants are quite normal to sleep on their sides for hours on end, zookeepers were surprised that the mark remained intact overnight. Anjan must have had such a good night’s sleep!

Elephants lie down on their sides to sleep for around four hours a night and usually turn over at least once. 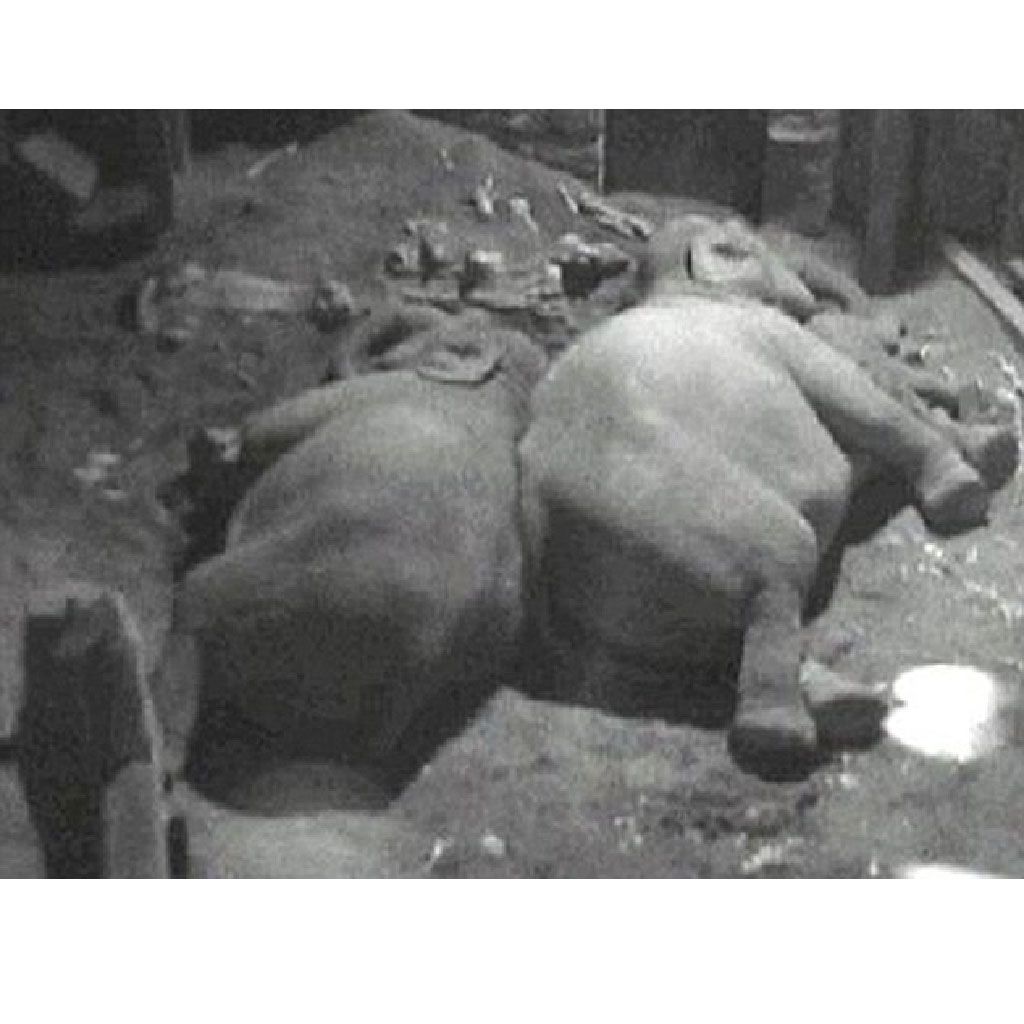 Even elephants that live in a zoo have a natural instinct to be aware of predators, which causes them to wake during their sleep as often as every half hour. They tend to have something to eat and then go back to sleep.

Due to their weight, elephants are forced to switch sides during their sleep. The mass of their bodies is so much that it puts pressure on their bones, causing pain and discomfort.