A photographer in Bangladesh captured photographs of a heartwarming rescue that will restore your faith in humanity. A baby deer was separated from his family by a flooded river in Noakhali, Bangladesh, and his chance for survival was slim. 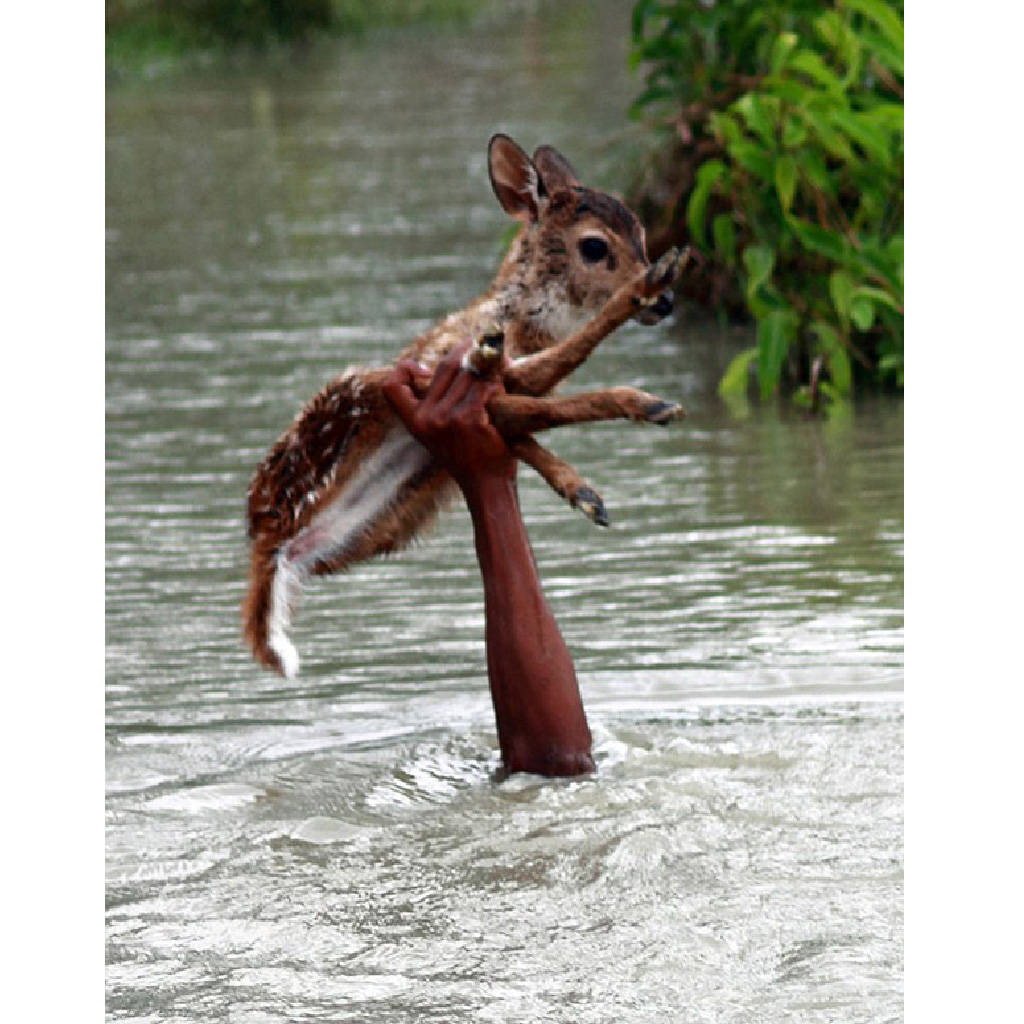 During the rainy season in Noakhali, it is known that a lot of deer lose their lives because of all the unexpected flooding. Locals do their best to try to save and protect them. A baby deer was separated from its family by a flooded river in Noakhali, Bangladesh, its chances for survival were slim. But Belal, a local boy believed to be in his early teens, braved the rainwater-swollen river to reunite the fawn with its family. 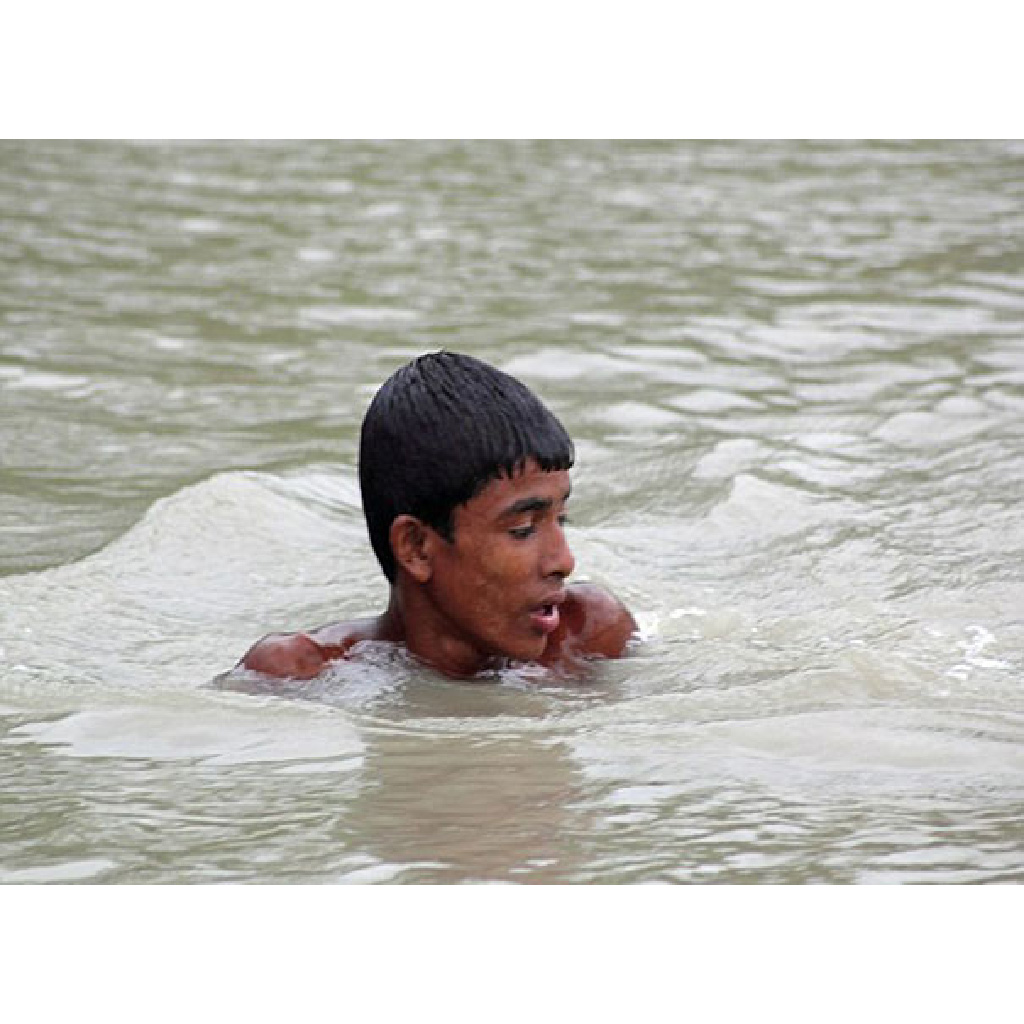 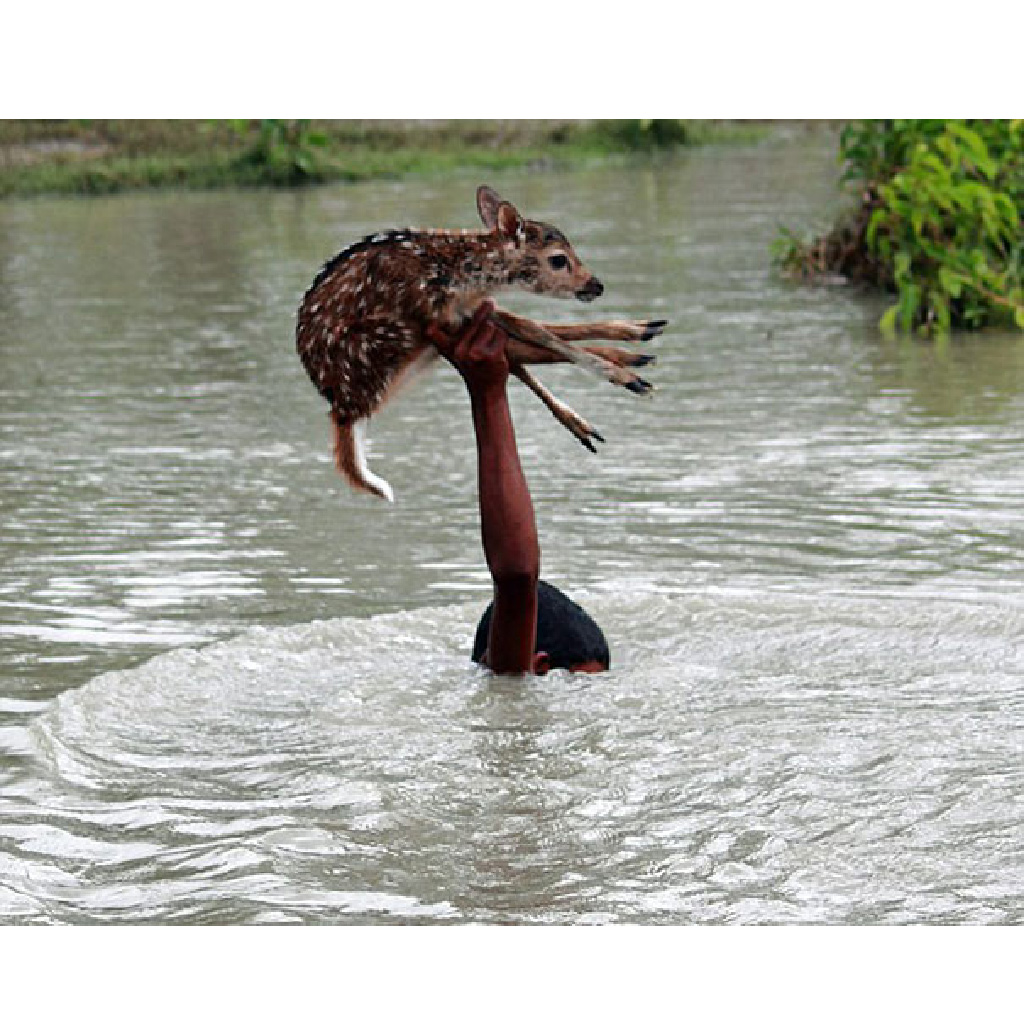 As the photos show, the swift river waters were at times above the boy’s head – all that was visible was his hand skillfully holding the baby deer by all four legs. 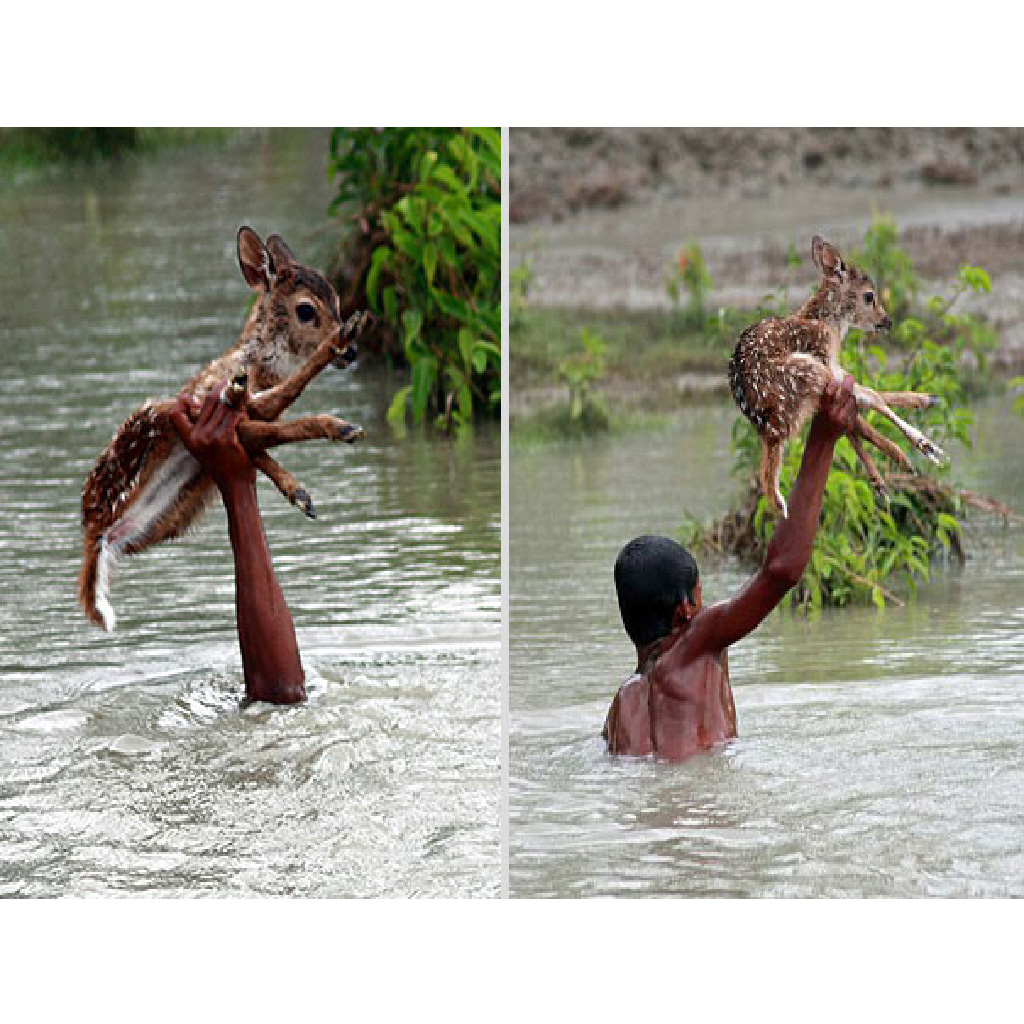 Hasibul Wahab, the wildlife photographer who captured the daring rescue, was as impressed by the boy’s heroism as he was worried for his safety.

“My friend was even ready to jump into the river to save the boy. But he made it, and when he returned, we thanked the boy. There were only five to seven people observing this situation but it was a phenomenal sight. ” 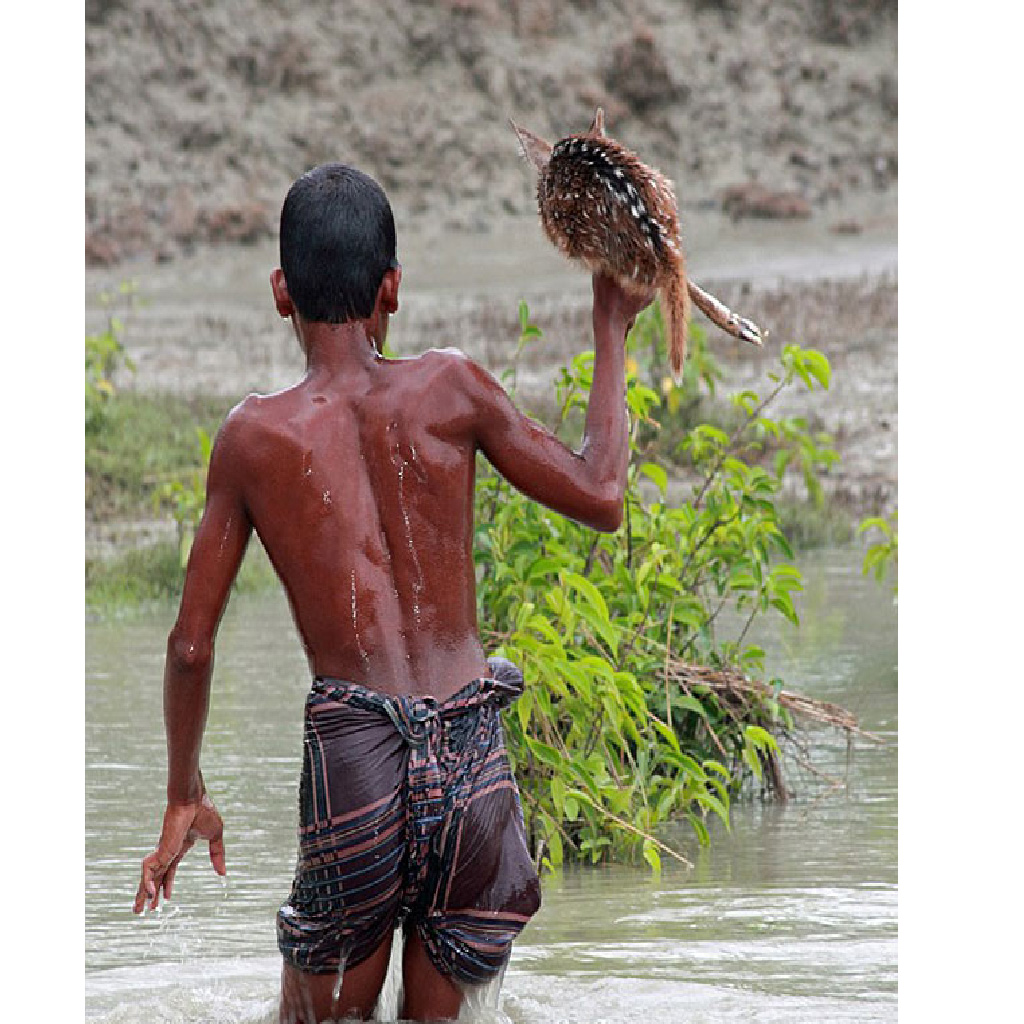