A baby giraffe became stranded in the middle of Kenya’s Uaso Nyiro River for unknown reasons. The baby probably had no idea a group of human beings, loyal to the wildlife of the area, were going to do everything they could to save her life. 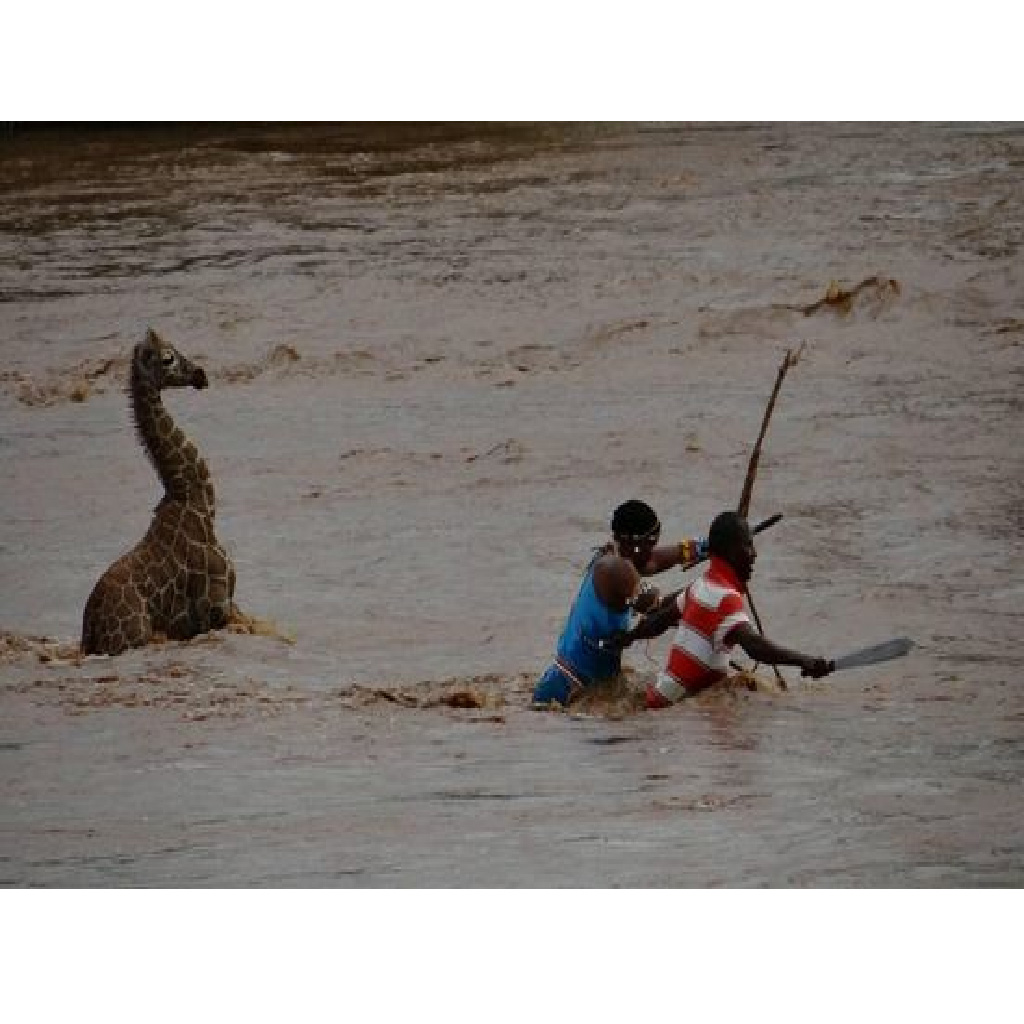 When a group of wildlife rangers and locals heard the terrified giraffe, they rushed to her aid. The animal was saved after a few hours thanks to the bravery and kindness of these two men. The baby had been stuck in the middle of the rushing river for four hours, according to a post on the Samburu Aboriginal Heritage museum forum’s Facebook page. 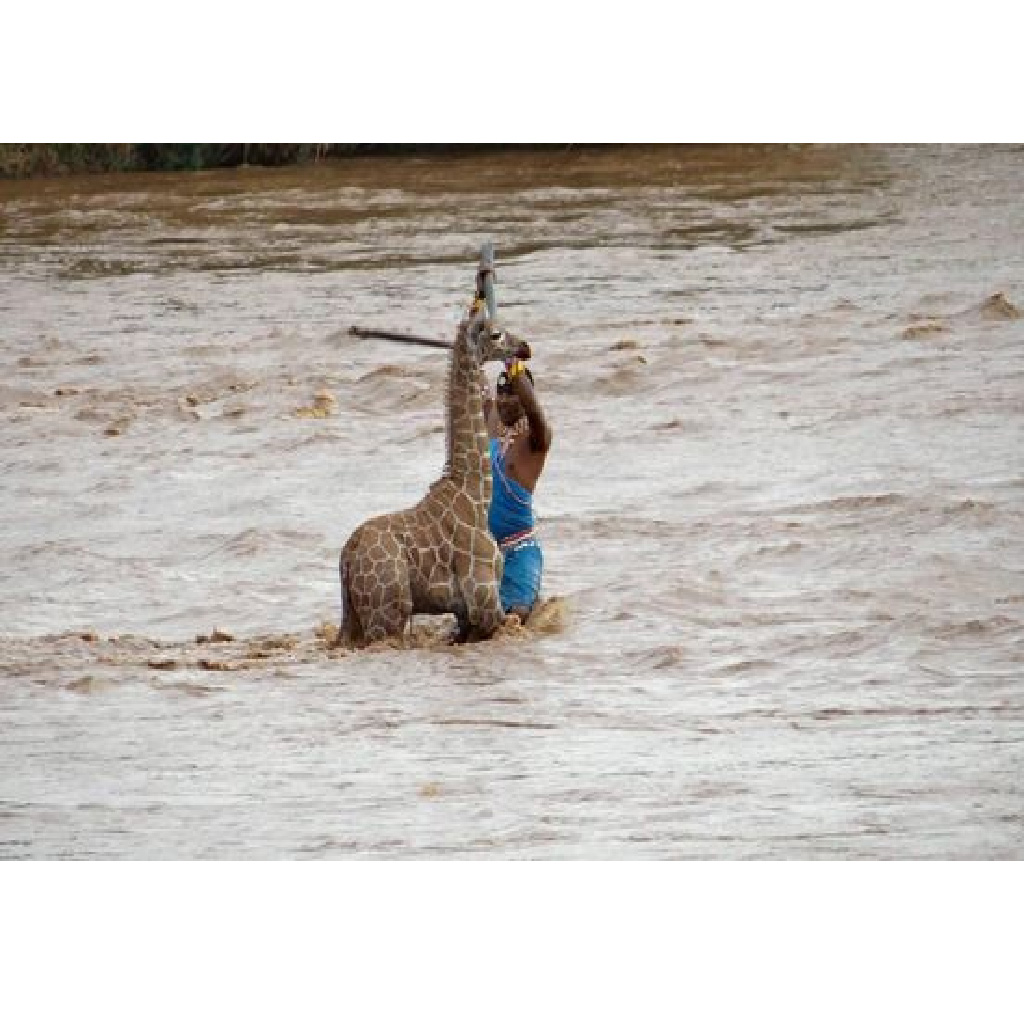 After pulling together, the group managed to get the giraffe safely to shore! 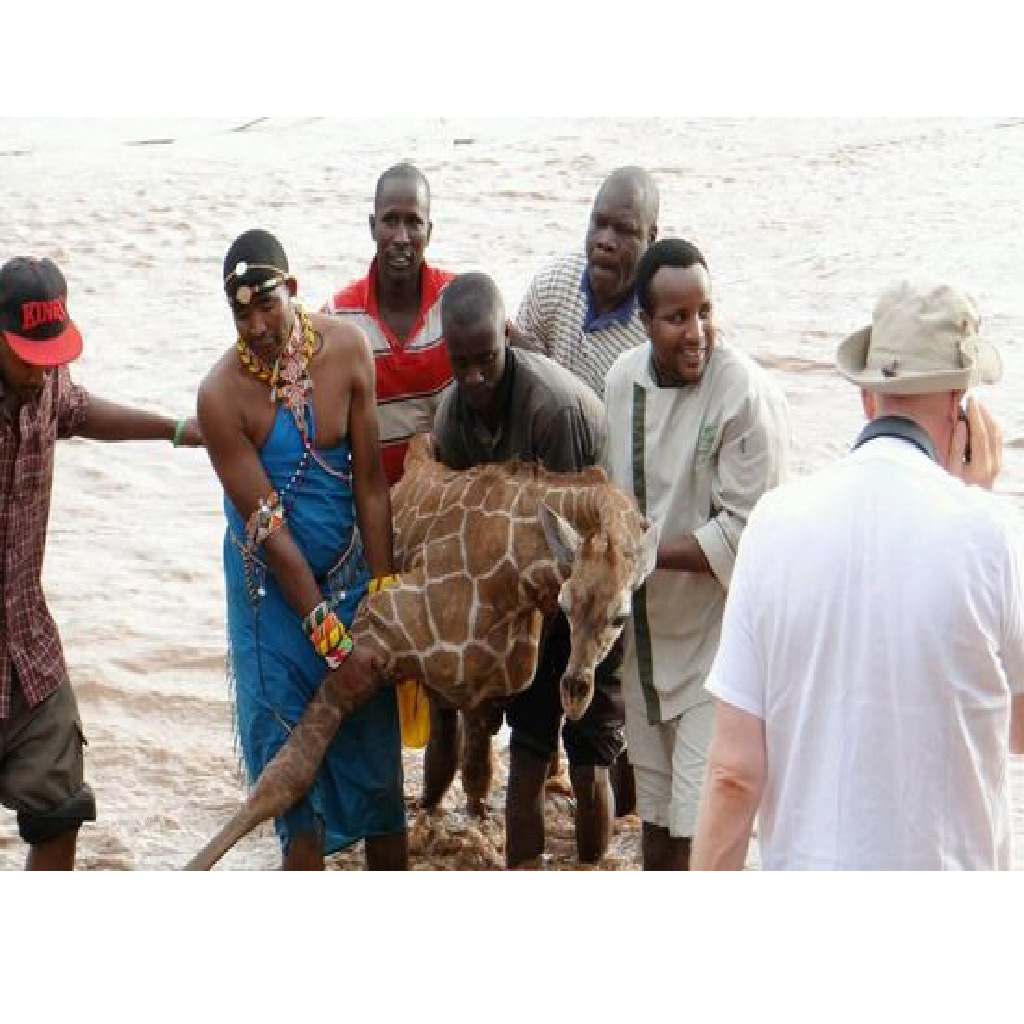 Facebook user Baba Sue, who is involved with wildlife rangers and conservation efforts, posted photos of the rescue on January 29.

Their brave deed has won praise.

While another added: “Wow! What a show of courage and passion for wildlife – our precious heritage.”

With countless animals on the verge of extinction and an endangered species list that is longer than ever, there are still some places on Earth where humans can coexist peacefully with those magnificent creatures. Respect, trust, and care form a special bond. And whenever a helpless animal is in distress, people are aware that they must assist it.