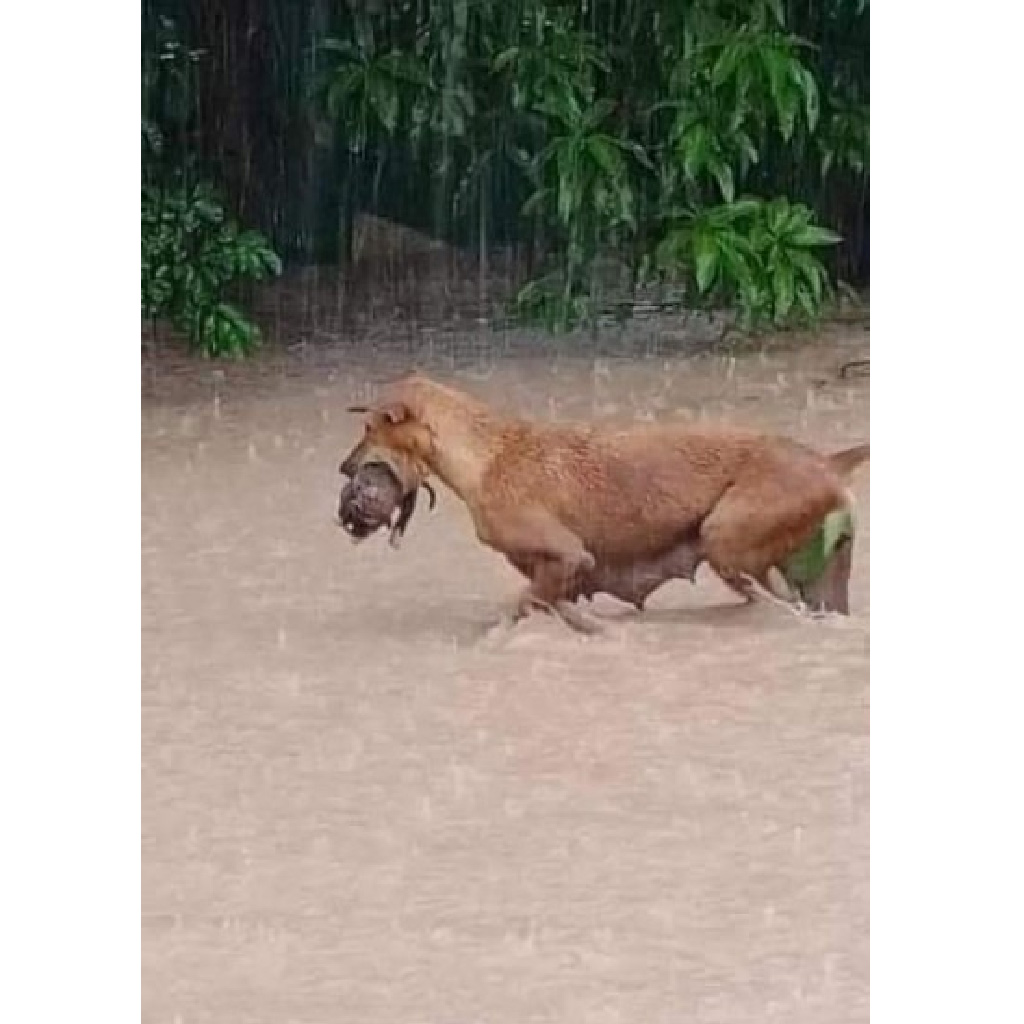 The incident occurred on Wednesday in Meishan city of the south-western Chinese province of Sichuan, according to state media. The viral video captured the touching moment a stray mother dog jumped into a swollen river to save her puppy stranded by surging floodwaters. 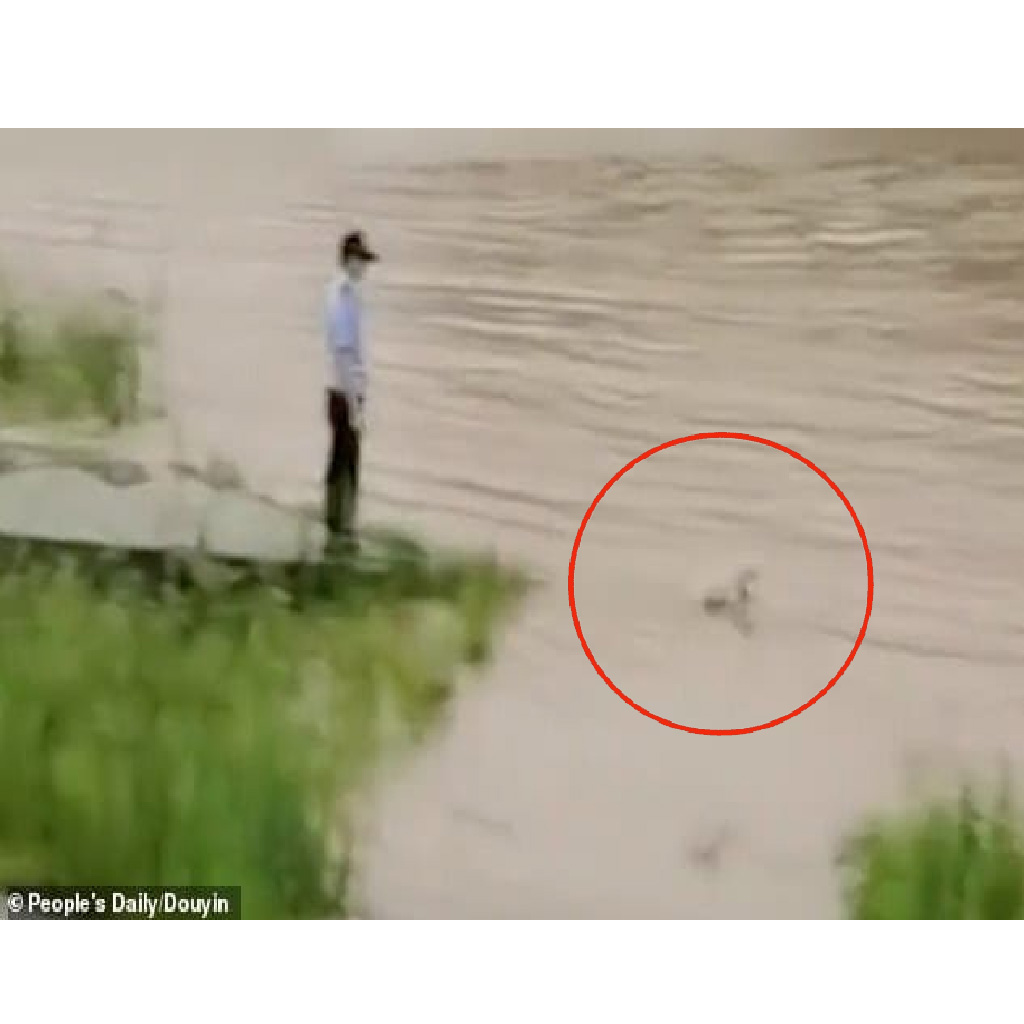 The dog and its five puppies were initially left stranded after their temporary shelter was swallowed by the rising tides, reports said.

Local residents gathered and called police for help after seeing the dog family struggling to return to land. 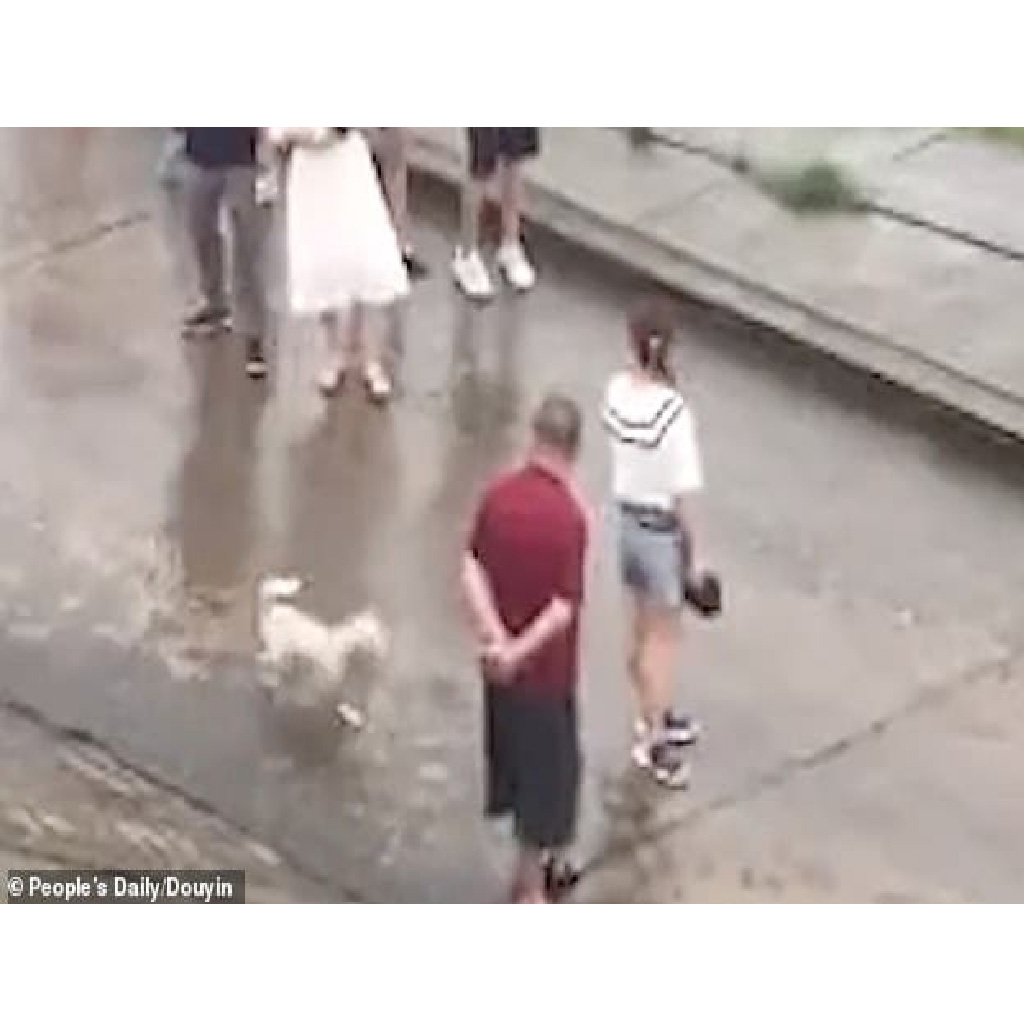 One of the onlookers swam across the floodwaters and managed to rescue the mother canine and four of its puppies. But sadly, he just saved four babies because the wide river continued to swell. He was then stopped from saving the last baby dog by a police officer who thought it was too dangerous for the man to return to the river.

After noticing one baby missing, the brave mother immediately turned around and sprinted back to the overflowing river to fetch the puppy. Despite the dangers, she jumped in and swam as fast as she could to save her baby.
As you can see in the video, the small dog eagerly swam toward the puppy stuck between tree branches and then carried the baby back with its mouth. 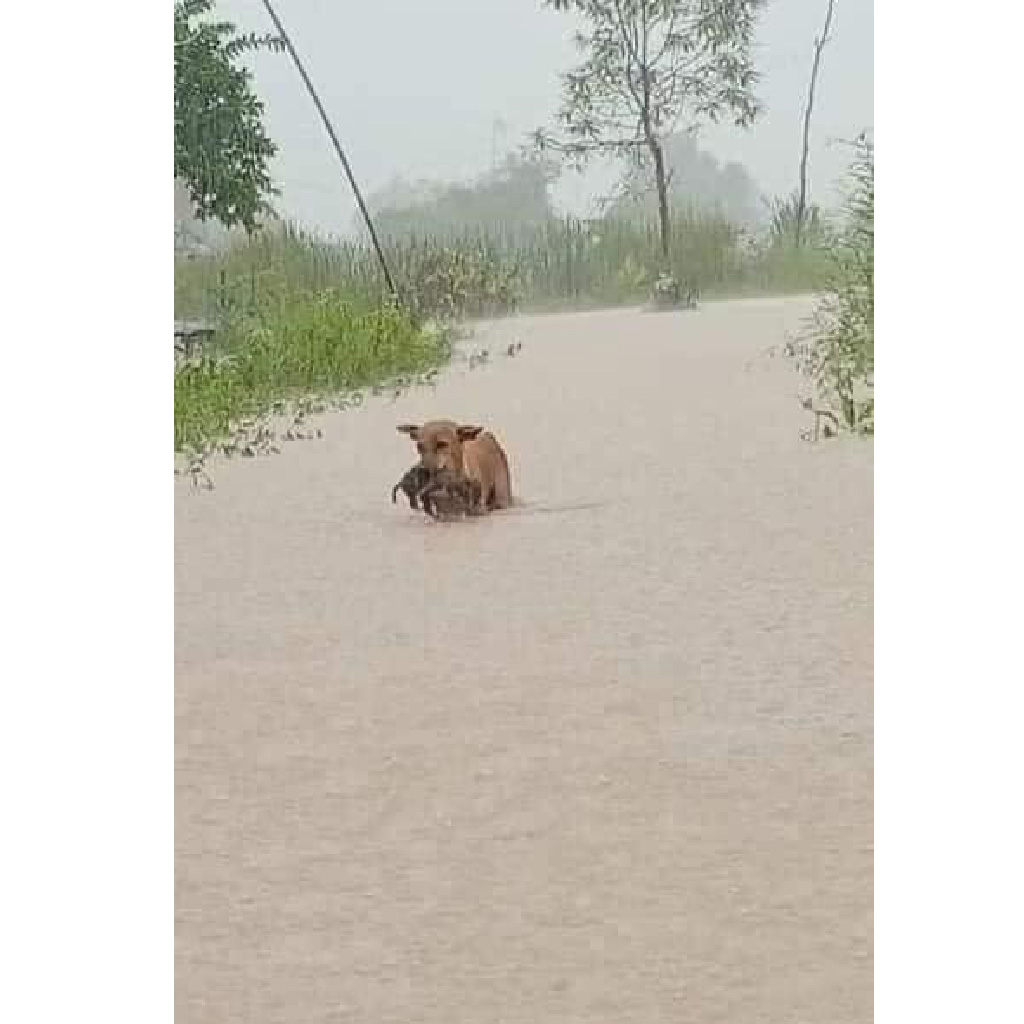 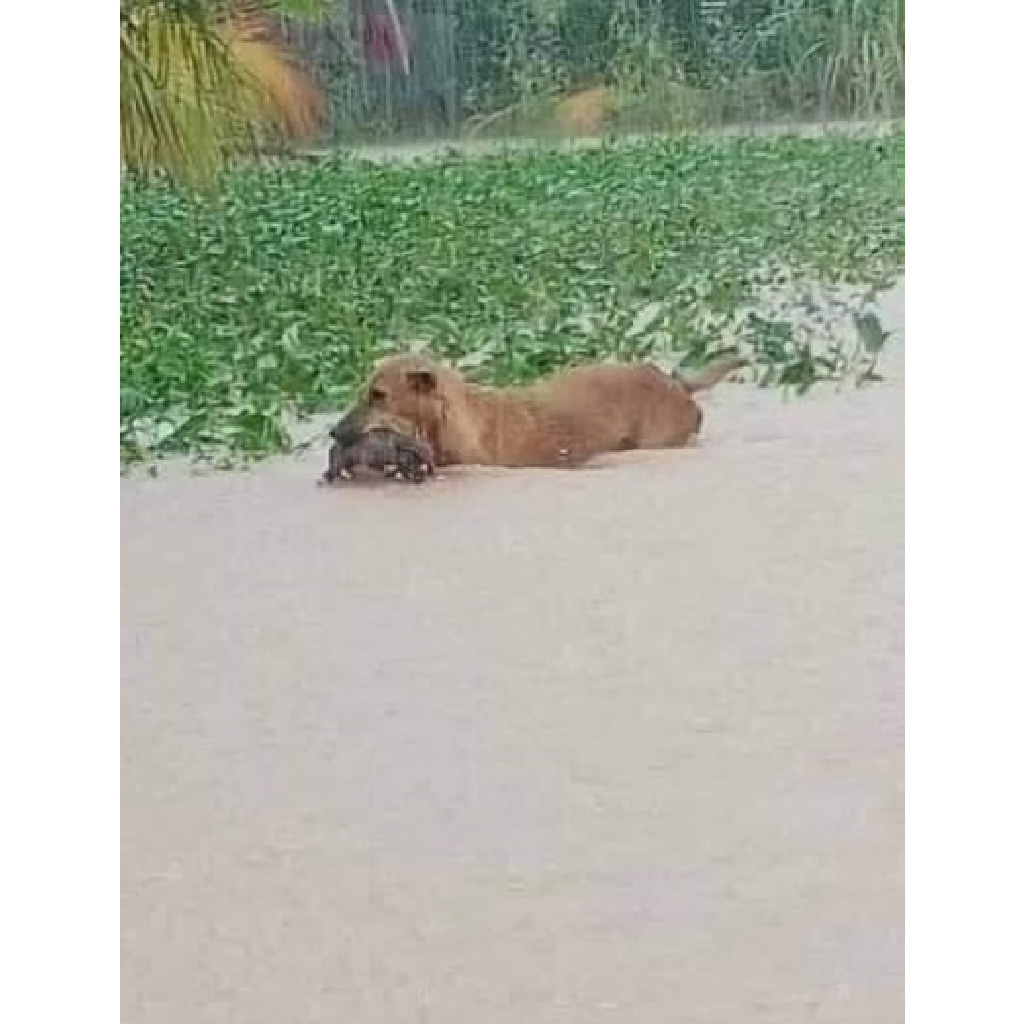 Residents cheered and applauded as the dog managed to get herself and her pup back to land safely. 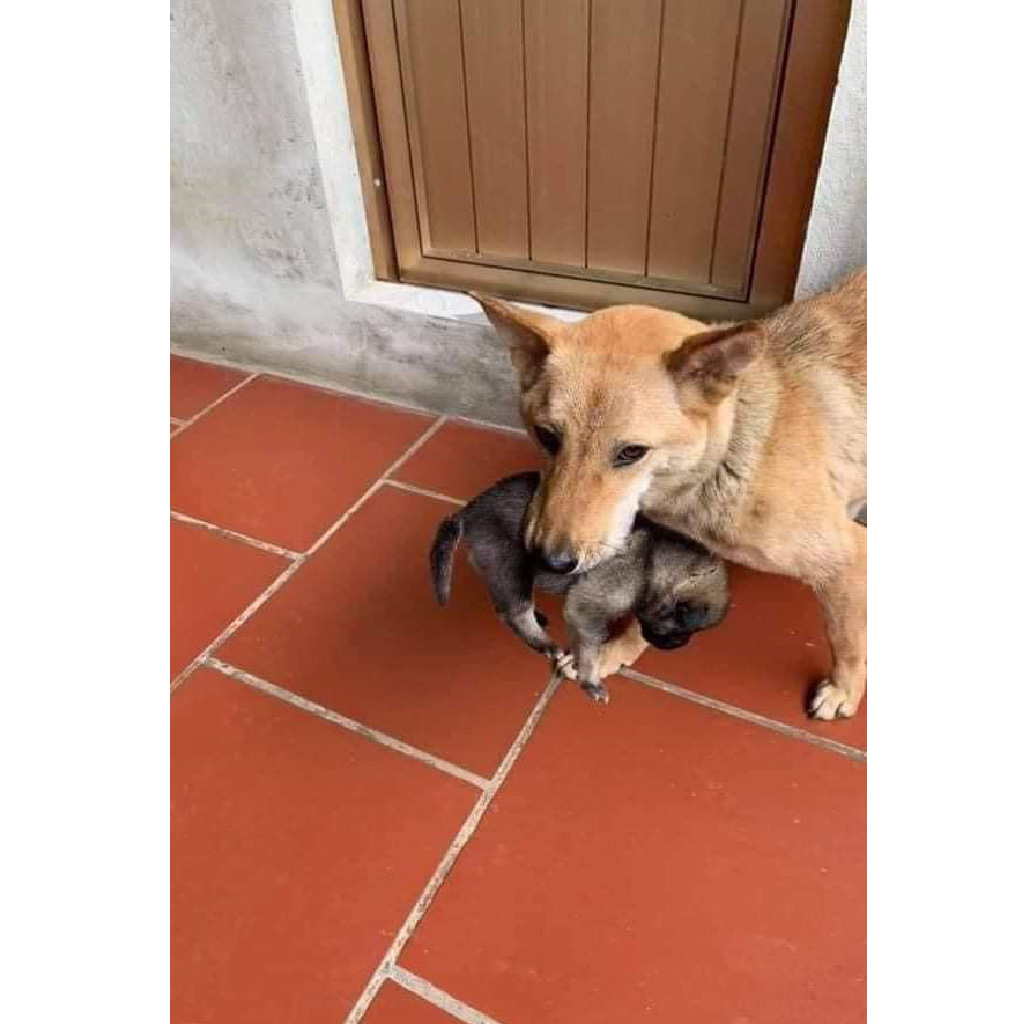 The video quickly viral after it was shared across Chinese social media on Thursday. Everyone has been touched by the mother dog’s brave act, praising it as ‘the power of mother’s love’.
Now, all the dogs are said to have been adopted by local residents following the event, according to Chinese media. 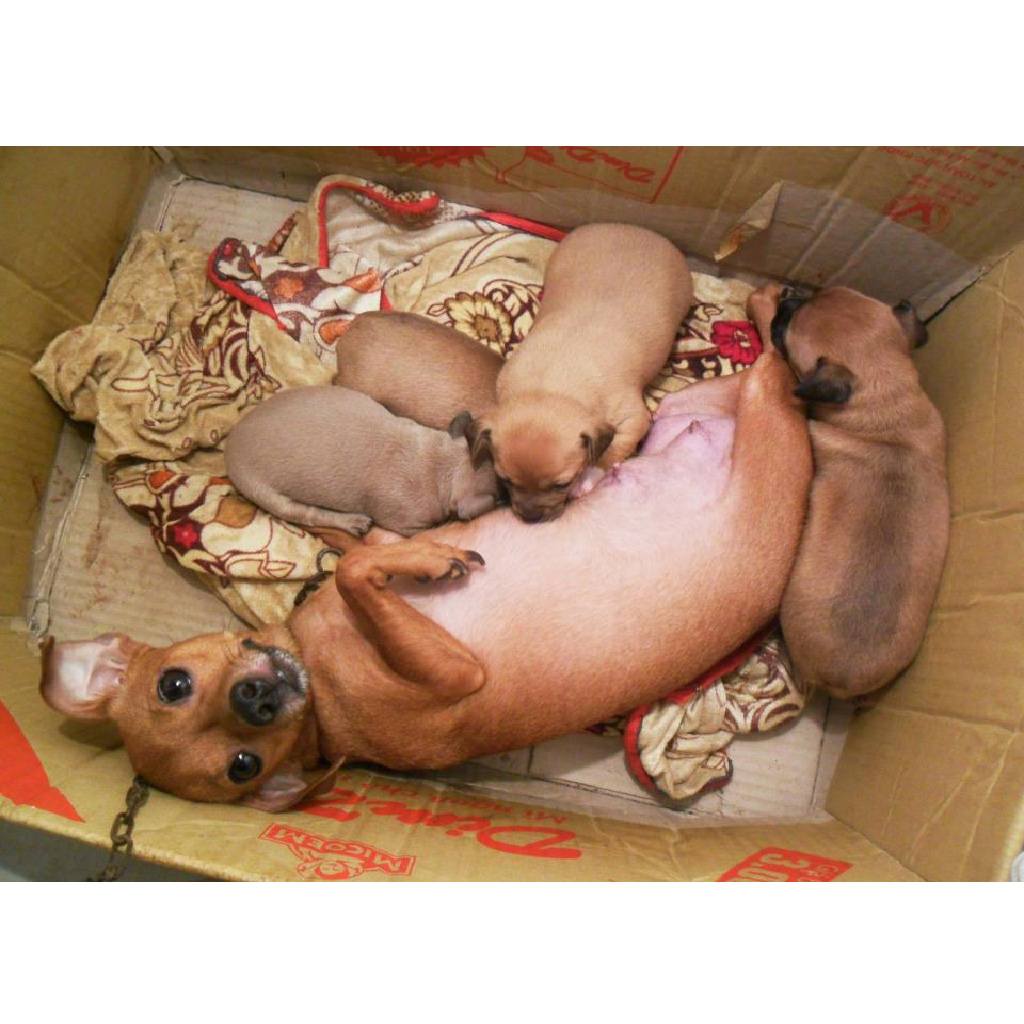