The bond between a pet and its master is usually exceptionally strong. For the dog lovers out there, a pet dog is nothing less than a dear family member. And, like our real family members, we would love to have them with us during our best moments in life. 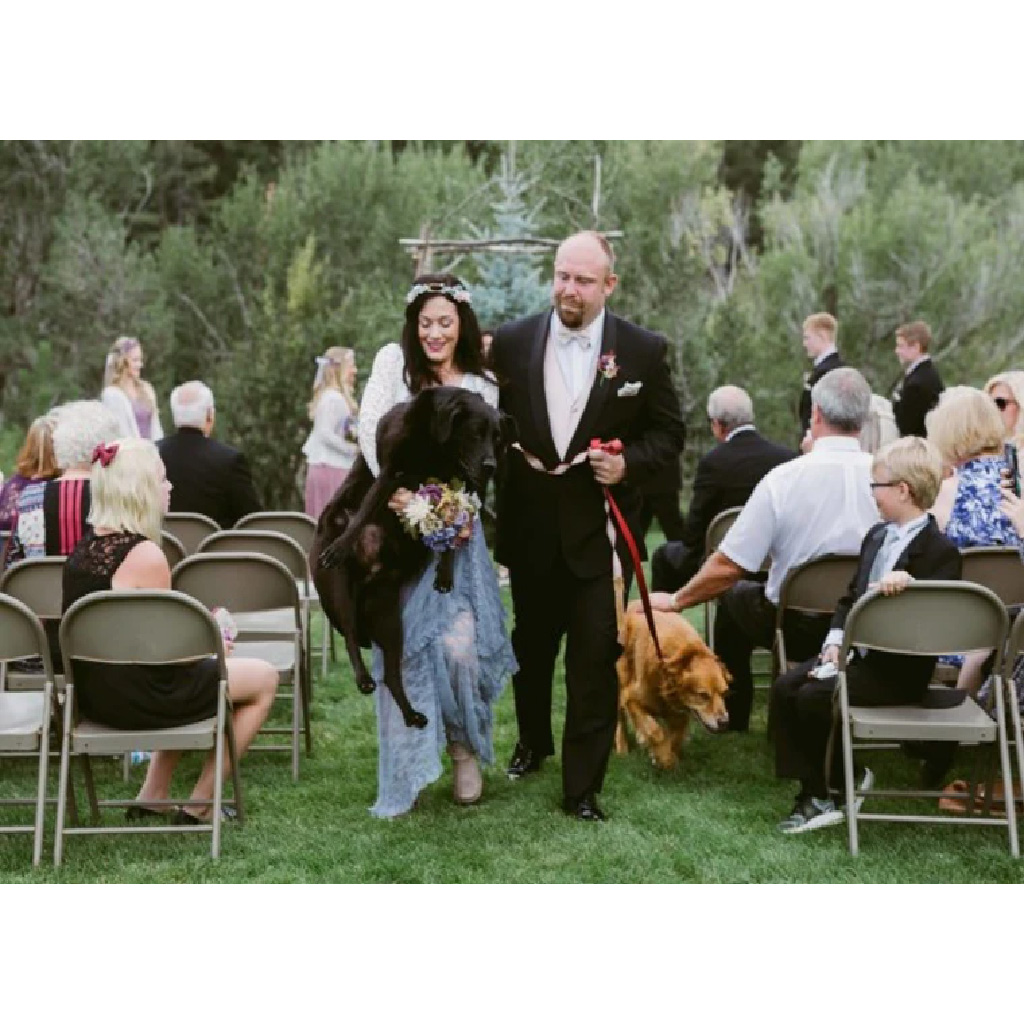 Weddings are supposed to be joyful occasions where you mark a commitment to someone that you want to love for the rest of your life. And having dogs by our side when we tie the knot is a very special and happy occasion as it’s bringing a family together. But for Kelly O’Connell, her wedding day wasn’t just about the joy of getting married. It was also a bittersweet occasion, as it was the last big milestone of her life that her beloved 15-year-old Black Lab, Charlie Bear, would ever get to witness. Kelly’s wedding occurred around the same time that she was making peace with the fact that Charlie Bear would soon be (ᴘᴀssɪɴɢ ᴀᴡᴀʏ).

Charlie Bear was a Labrador retriever mix breed who was 15 years old and weighed 80 pounds. Kelly had adopted Charlie from a dog shelter in 2002. Charlie had ended up in the shelter after someone else had abandoned the dog inside a grocery store’s shopping cart. But the sweet old dog had been diagnosed with a (ʙʀᴀɪɴ ᴛᴜᴍᴏʀ) in April. He didn’t have long, but at least he made it to see Kelly get married. The dog later (ᴘᴀssɪɴɢ ᴀᴡᴀʏ) on the 9th of September. 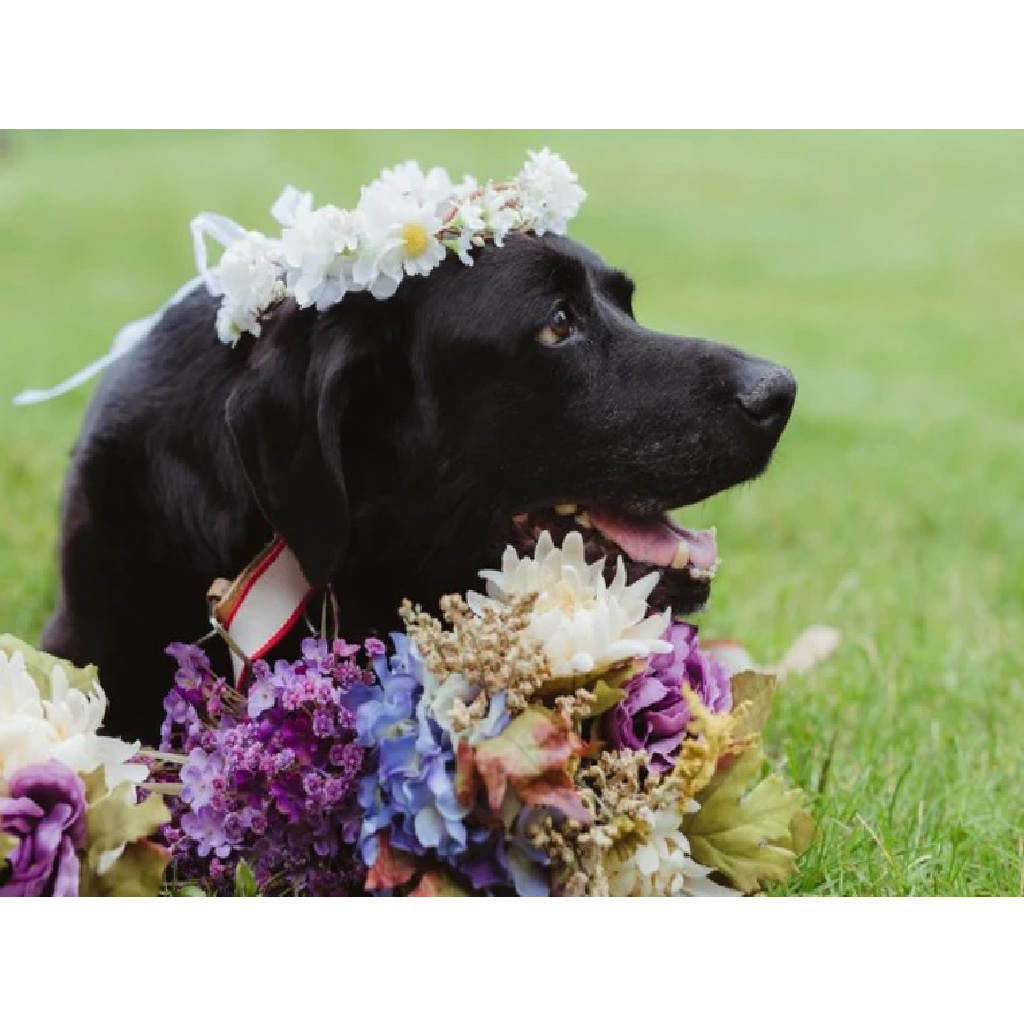 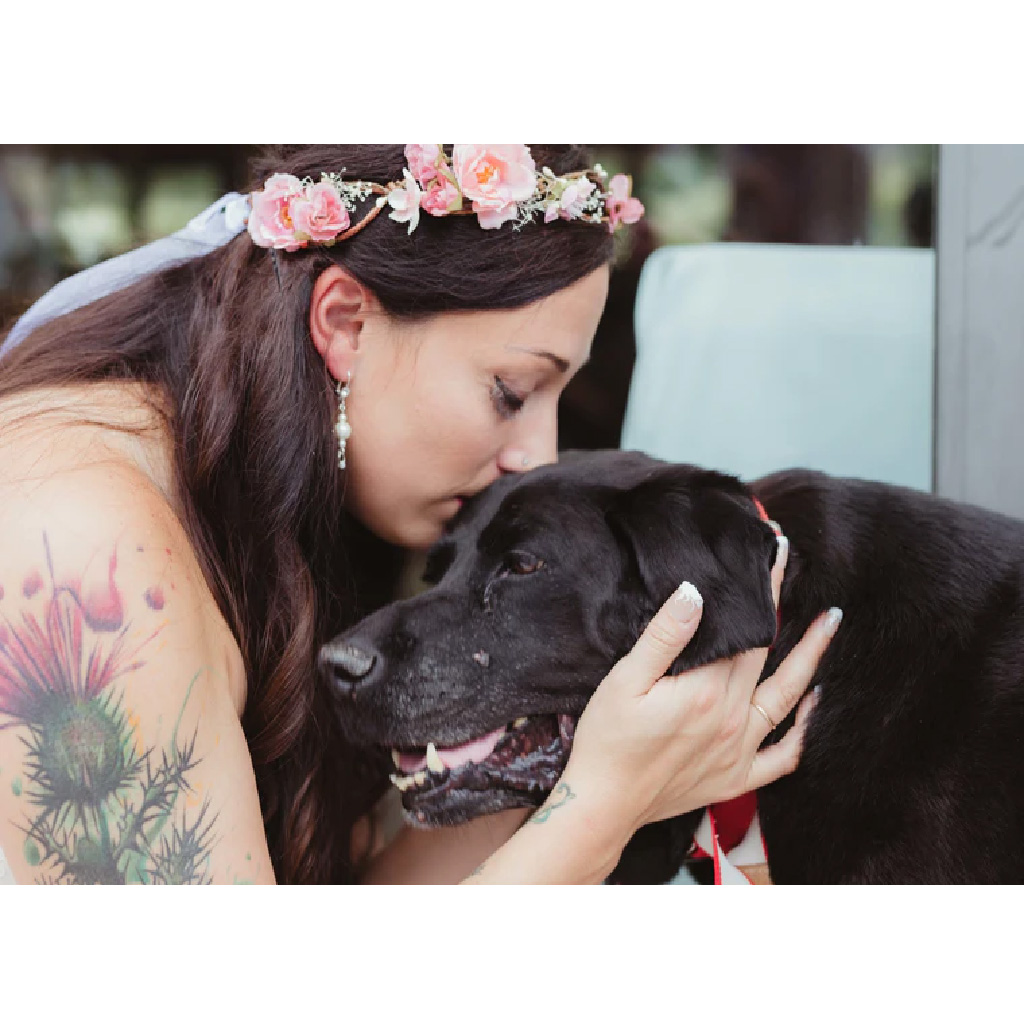 At the wedding, the elderly and sick Charlie Bear needed help getting down the aisle so that he could be by Kelly’s side on her big day. It was her maid of honor, her sister, Katie Lloyd, who stepped up and carried the big pup down the aisle as he couldn’t make it himself. The wedding photographer, Jen Dziuvenis of JenDz Photography, was able to capture all the tender moments that occurred between owner and dog. As Jen confessed, she was a wreck behind the camera – completely moved to tears. But the results were breathtaking as she managed to capture some very beautiful pictures. 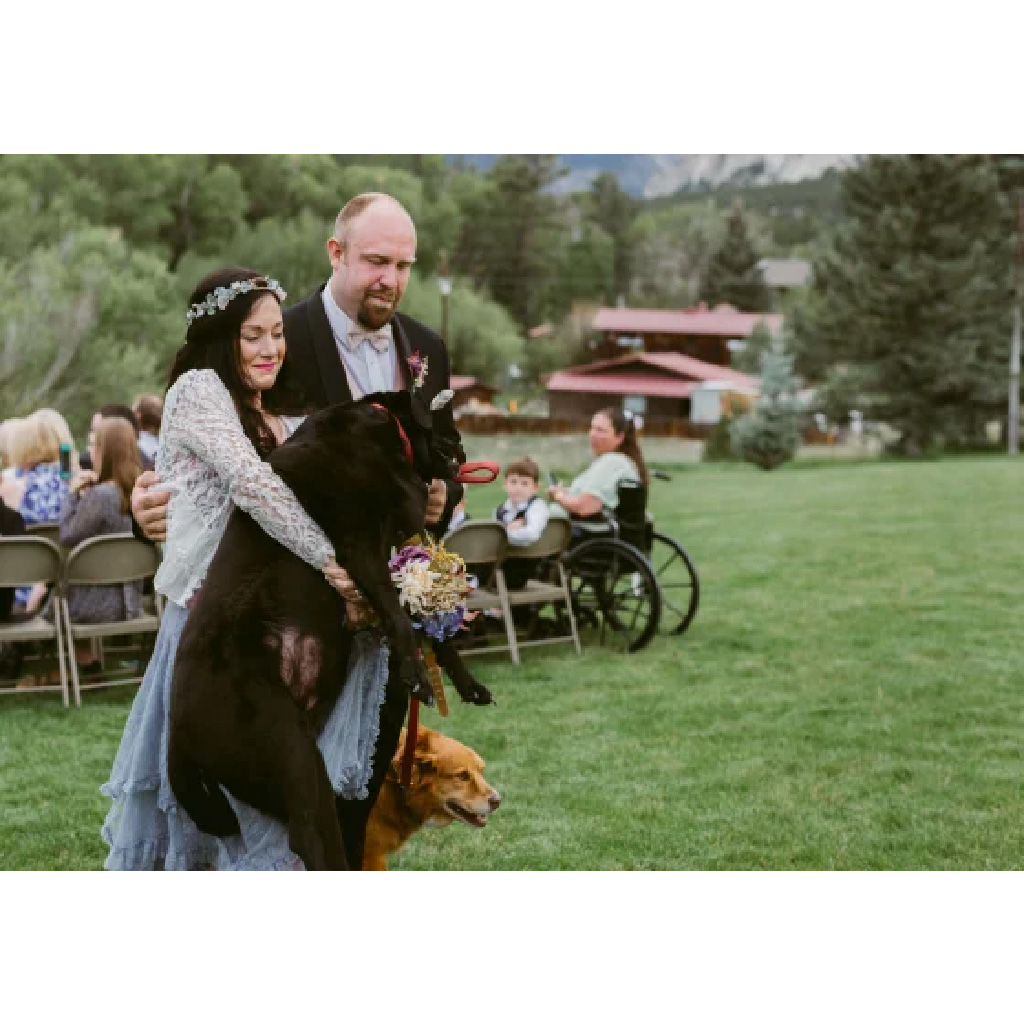 She said: I was like, ‘I have to keep shooting even though I’m in a puddle of tears behind the camera.’ 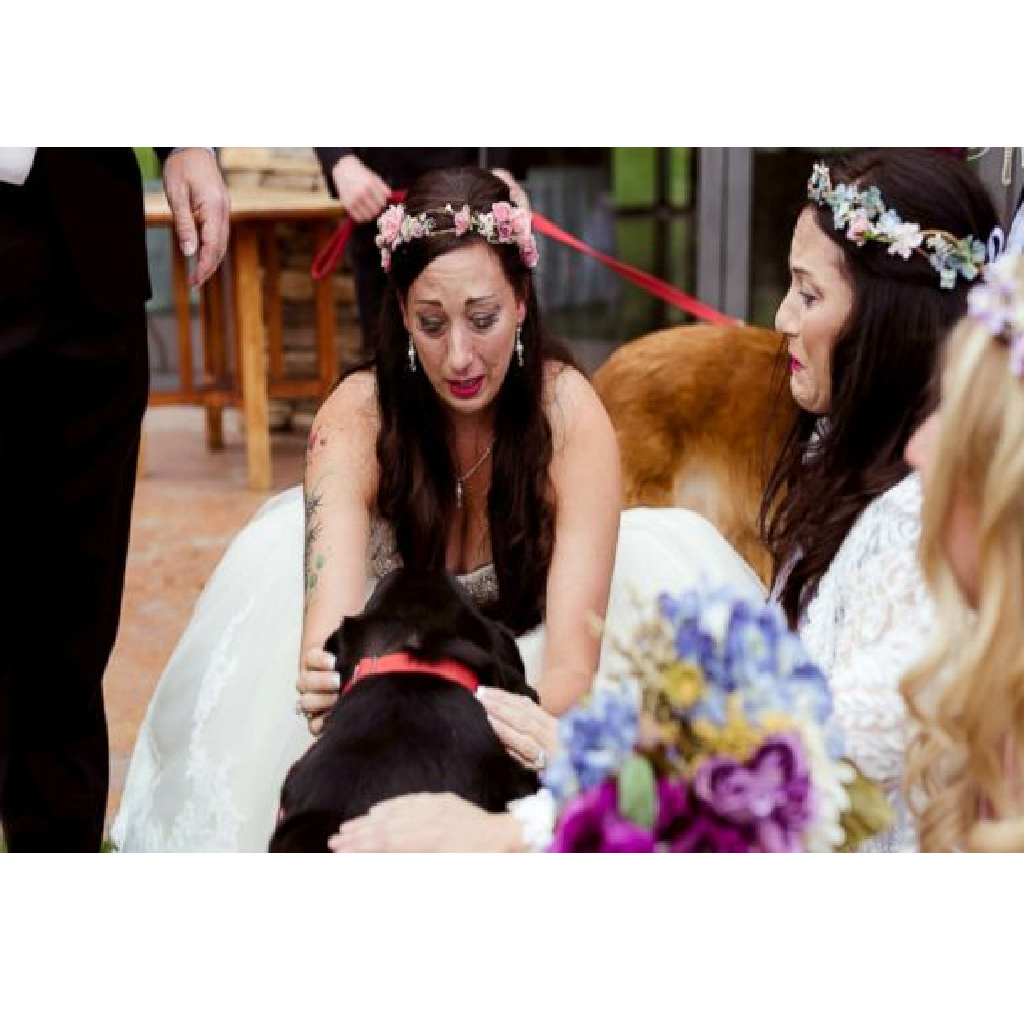 Even with tears clouding her viewfinder, Photographer Jennifer Dziuvenis was able to catch the moment when Charlie, a 15-year-old dog with an advanced (ʙʀᴀɪɴ ᴛᴜᴍᴏʀ), was carried down the aisle during the recessional of Kelly McConnell and James Garvin’s Buena Vista, Colorado nuptials earlier in September.