In traditional wedding ceremonies, the exchange of wedding rings is the moment where the vows made by the couple are symbolized in a physical form. Traditionally, the wedding rings are carried down the aisle by a child, usually a relative of the couple. But couple Dee and Nick decided to break the norm and chose their feline pet for the task, and he was indeed the cutest cat ring bearer we’ve ever seen. 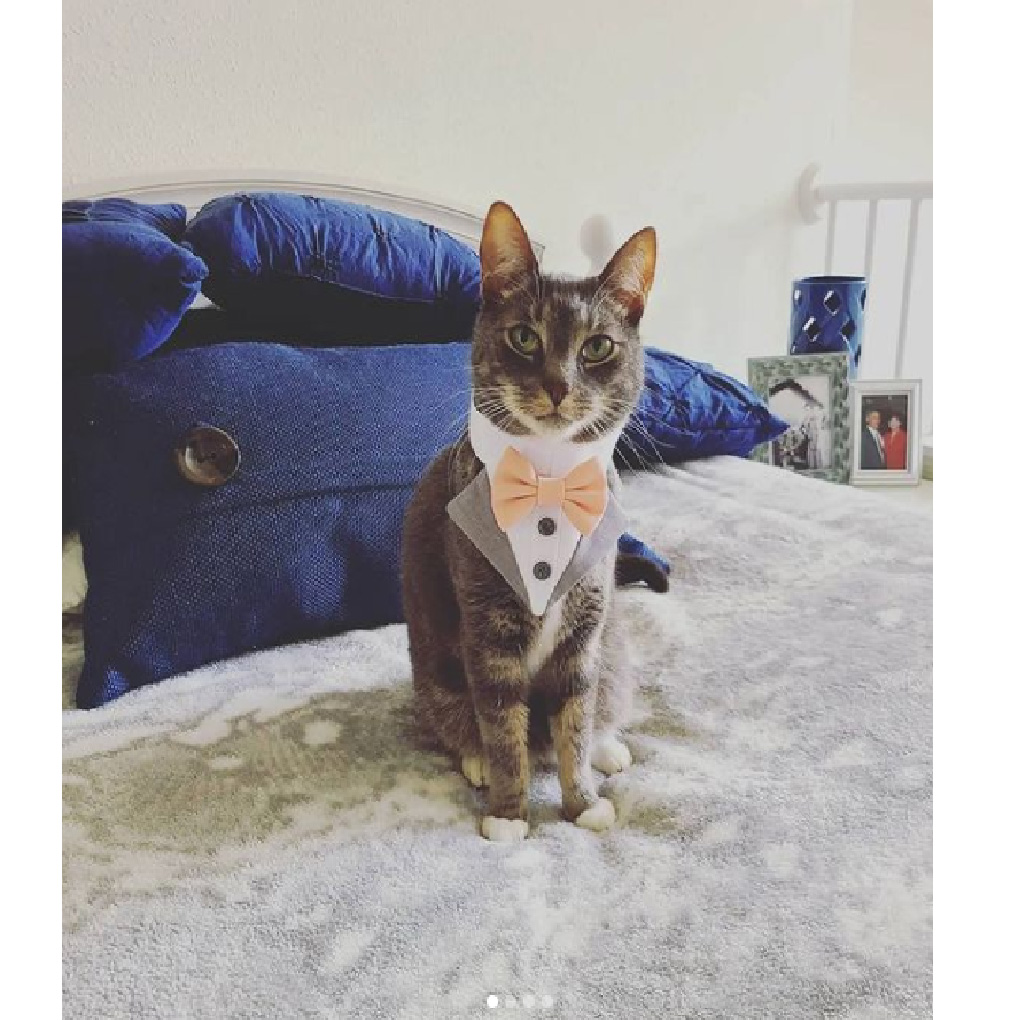 Technically, it was the bride and groom’s big day. Their careful planning had finally culminated into what they hoped would be a wedding to remember. 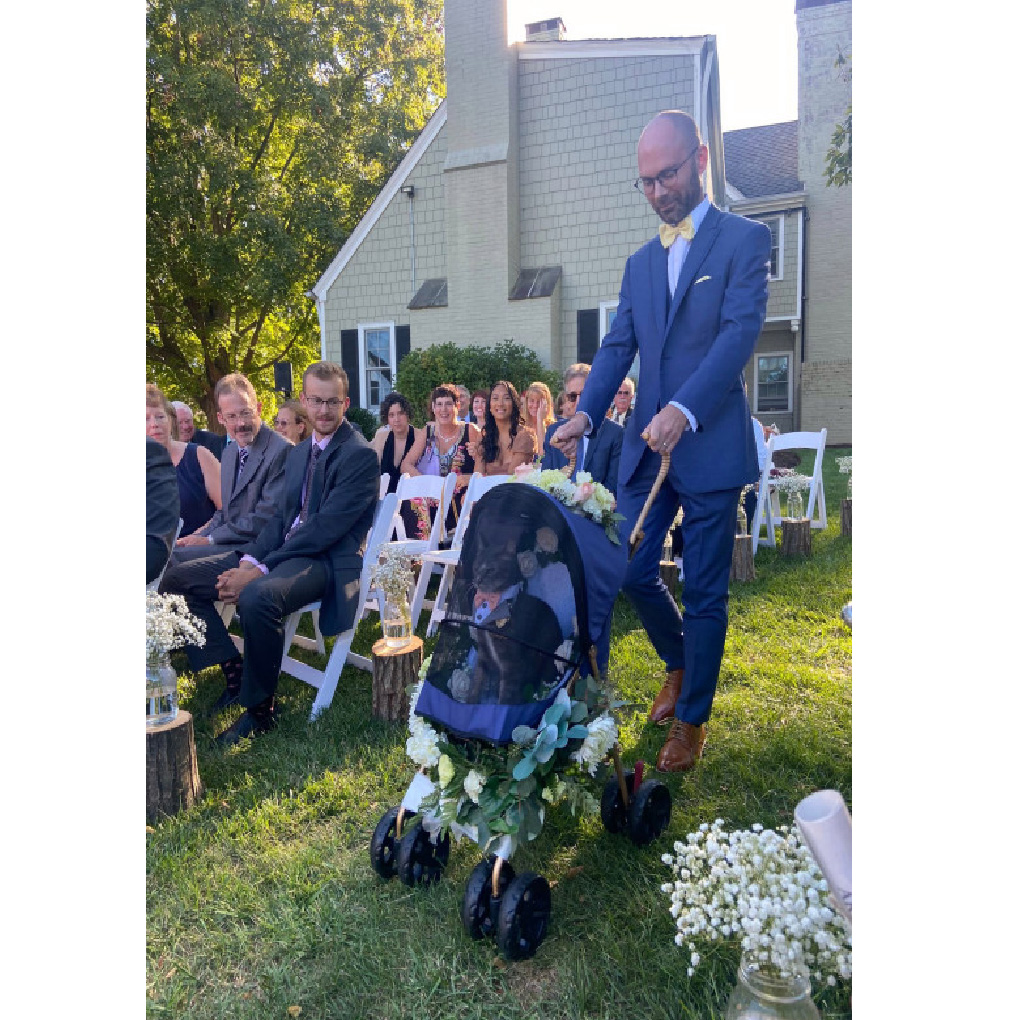 While there was no doubt many fashionable guests in attendance for the ceremony, Moose, in his little custom collar and tie, easily stole the show.

The newlywed shared a photo of their cat Moose dressed up in an elegant suit with his custom collar and bow tie. He was rather a significant part of the ceremony as he is to serve as the ring bearer. The fancy ‘cat suit’ did suit him well. It didn’t take long for commenters to take notice of Moose’s regal appearance — pointing out that, despite being a cat at a wedding, he somehow seemed above it all. 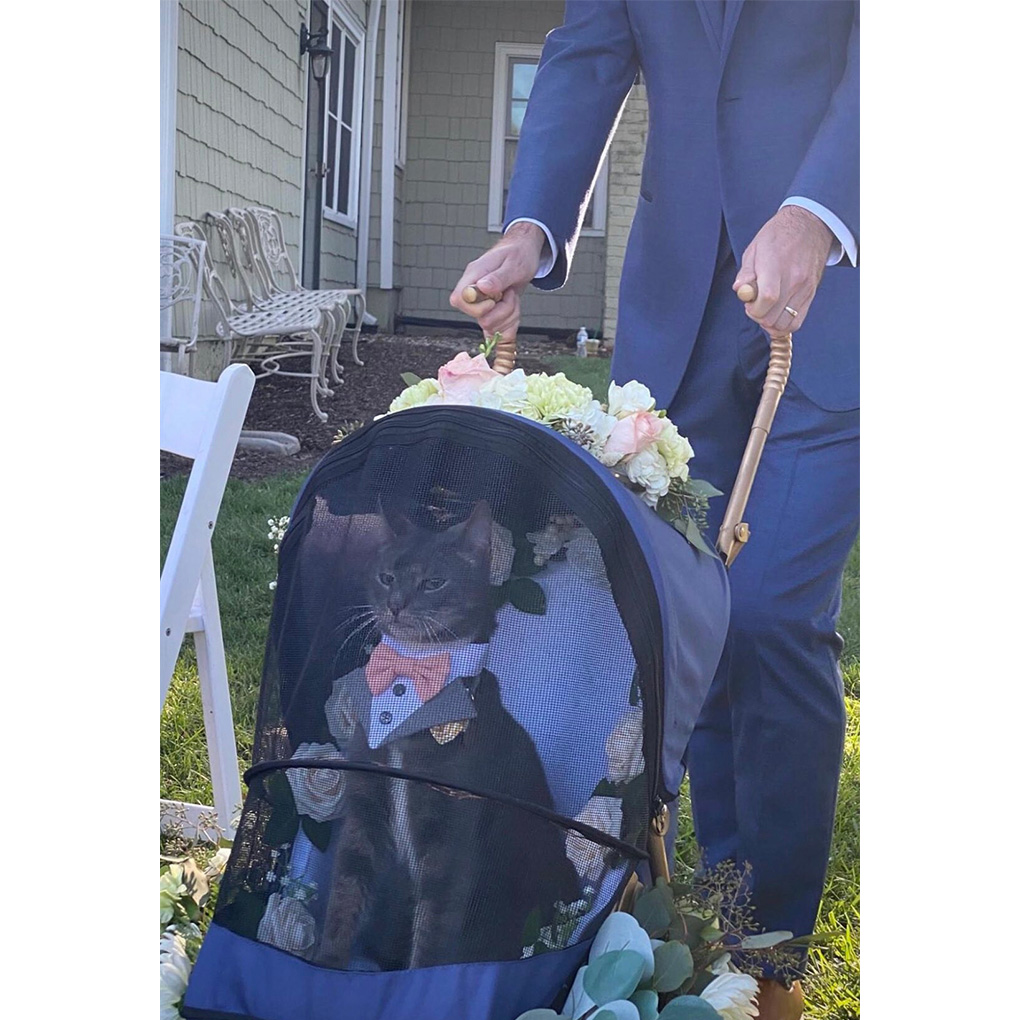 The dapper cat ring bearer was in a rose-clad stroller with a human escort who pushed him down the aisle during the ceremony. The human escort himself shared a photo of Moose in his regal pose while he’s inside the blue stroller. And that imposing look on his face when he made his entrance definitely stole the show.
“I feel like I owe this cat some money,” one user wrote. 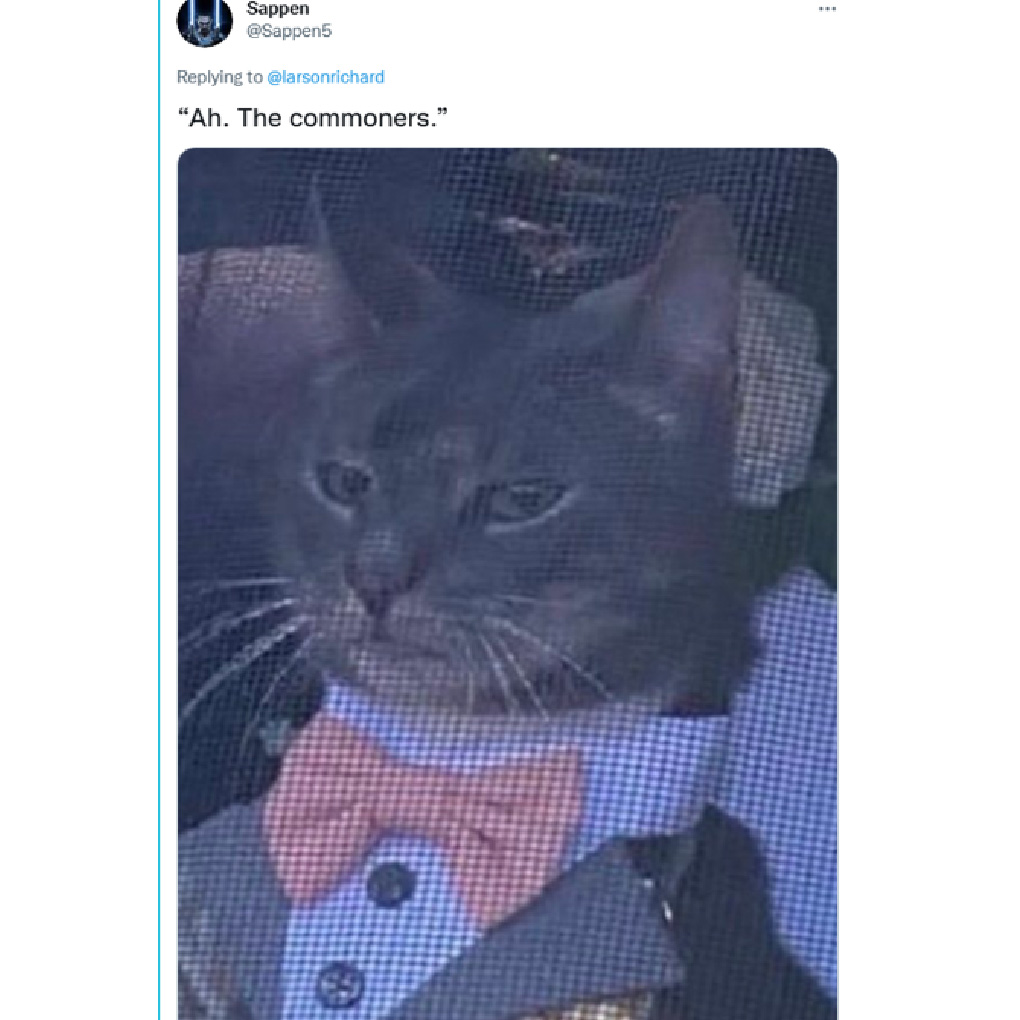 The photo quickly went viral and memes featuring the lordly cat ring bearer began to sprout from the internet.

One Twitter user even cropped a zoomed-in face of Moose along with a caption that reads ‘Ah. The commoners.’ And we can plainly imagine the proud cat saying that as he made his ‘royal parade’.