If you’re a sucker for sad dog stories, then you may want to get the tissues at the ready because one devoted dog owner took his (ᴅʏɪɴɢ) dog up a mountain in a wheel barrow. 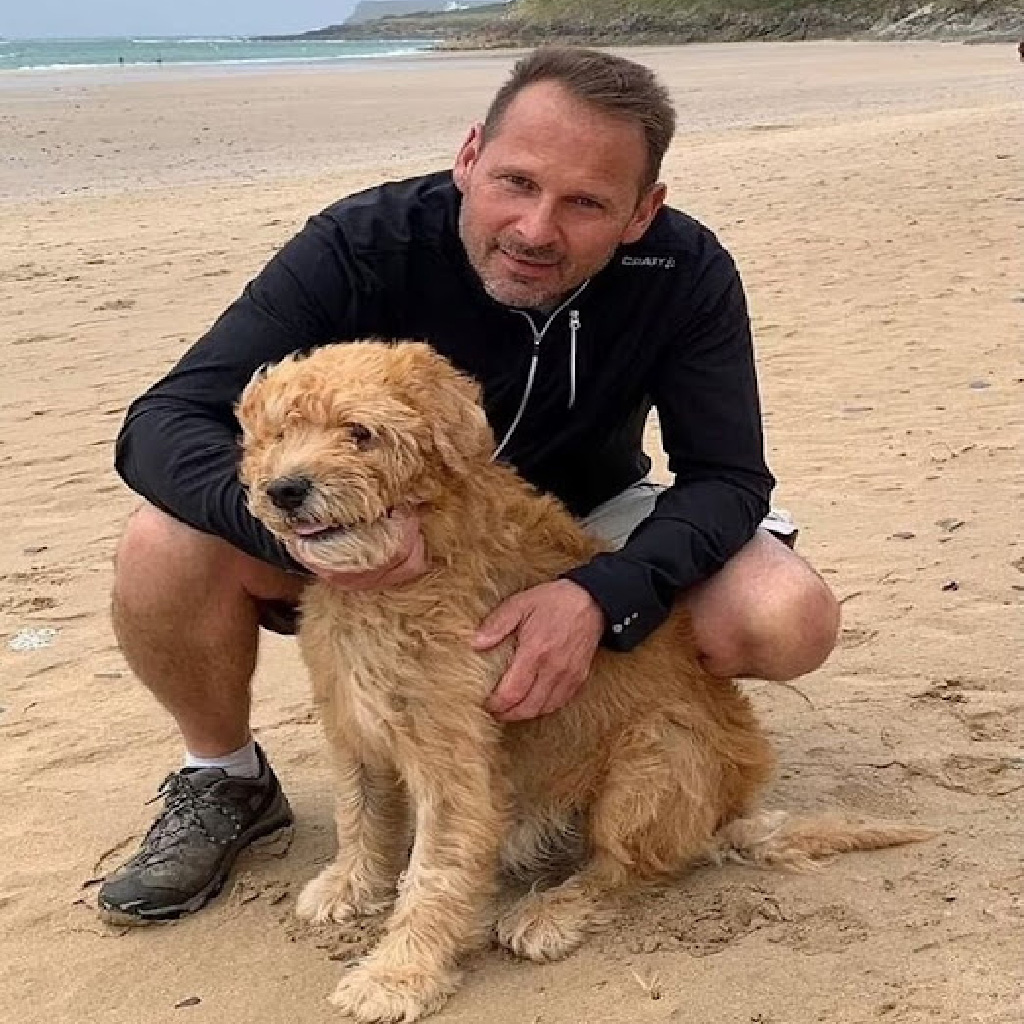 Carlos Fresco took his 10-year-old Labrador named Monty on a hike in the Brecon Beacons in Wales. The two climbed this place several times together. Ten-year-old Monty enjoyed exploring hills and walking all over the country with his owner, Carlos Fresco. Fresco told that the pair has visited the Brecon Beacons — a mountain range in South Wales — many times over the years and have even summit the ranges three peaks. 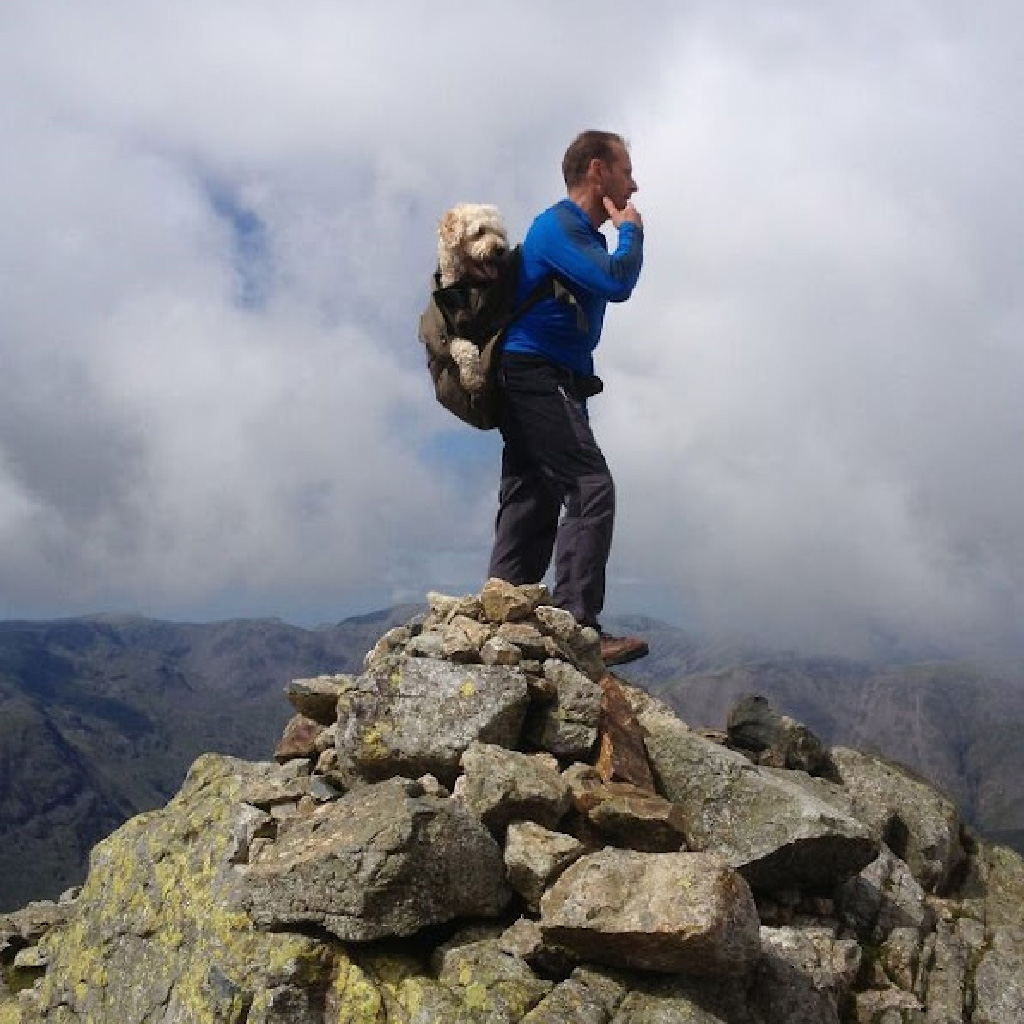 And now, Carlos decided to take Monty back to the Welsh beacons where he and Monty had visited before. Knowing the dog wouldn’t have enough energy to get to the top, he brought a wheel barrow along for Monty to sit back and relax. 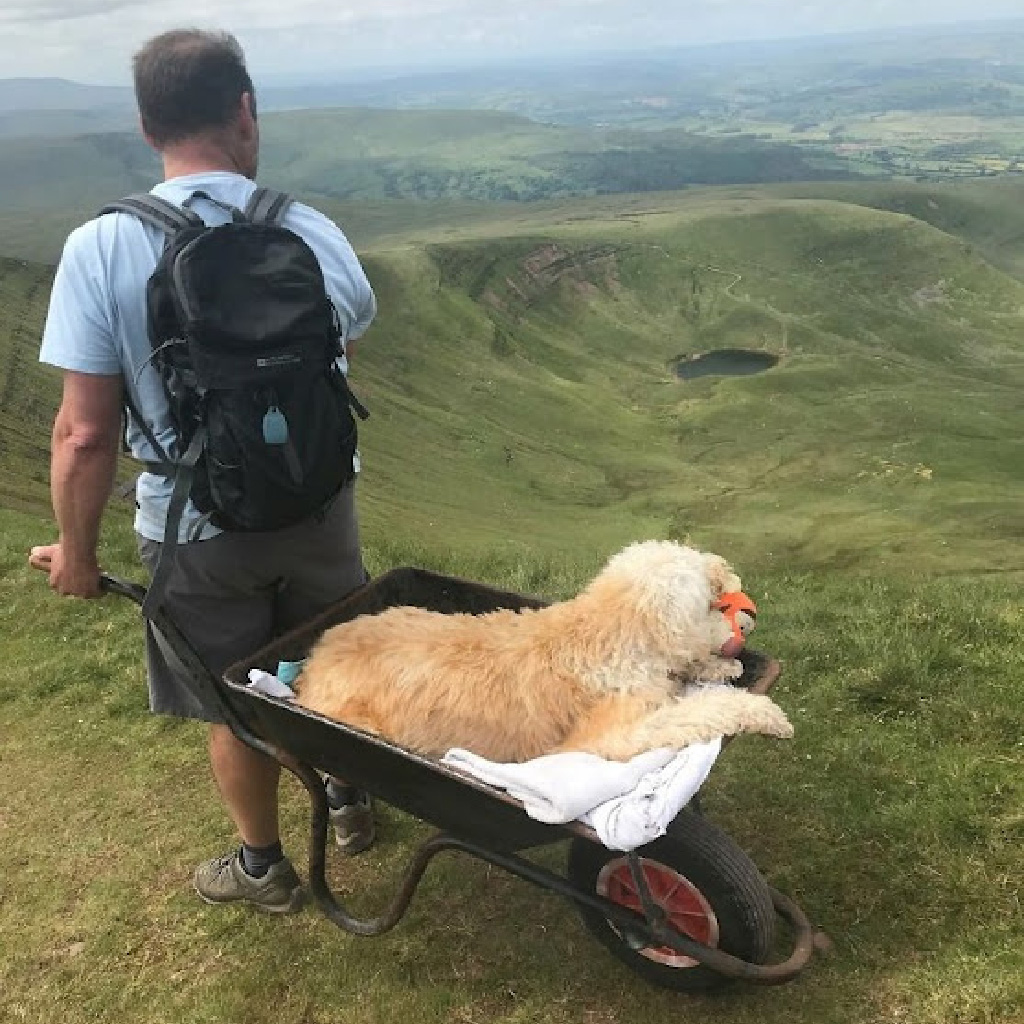 ” I have visited your beautiful region many times over the years and my labradoodle Monty has always been at my side. We have climbed all over the country and Monty has summit the three peaks and was always up for the adventure. I knew Monty was (ᴅʏɪɴɢ) as his (ᴄᴀɴᴄᴇʀ) had returned. He was diagnosed 18 months ago and responded very well to (ᴄʜᴇᴍᴏᴛʜᴇʀᴀᴘʏ). But unfortunately, his leukemia returned eight weeks ago and he declined very rapidly. “ 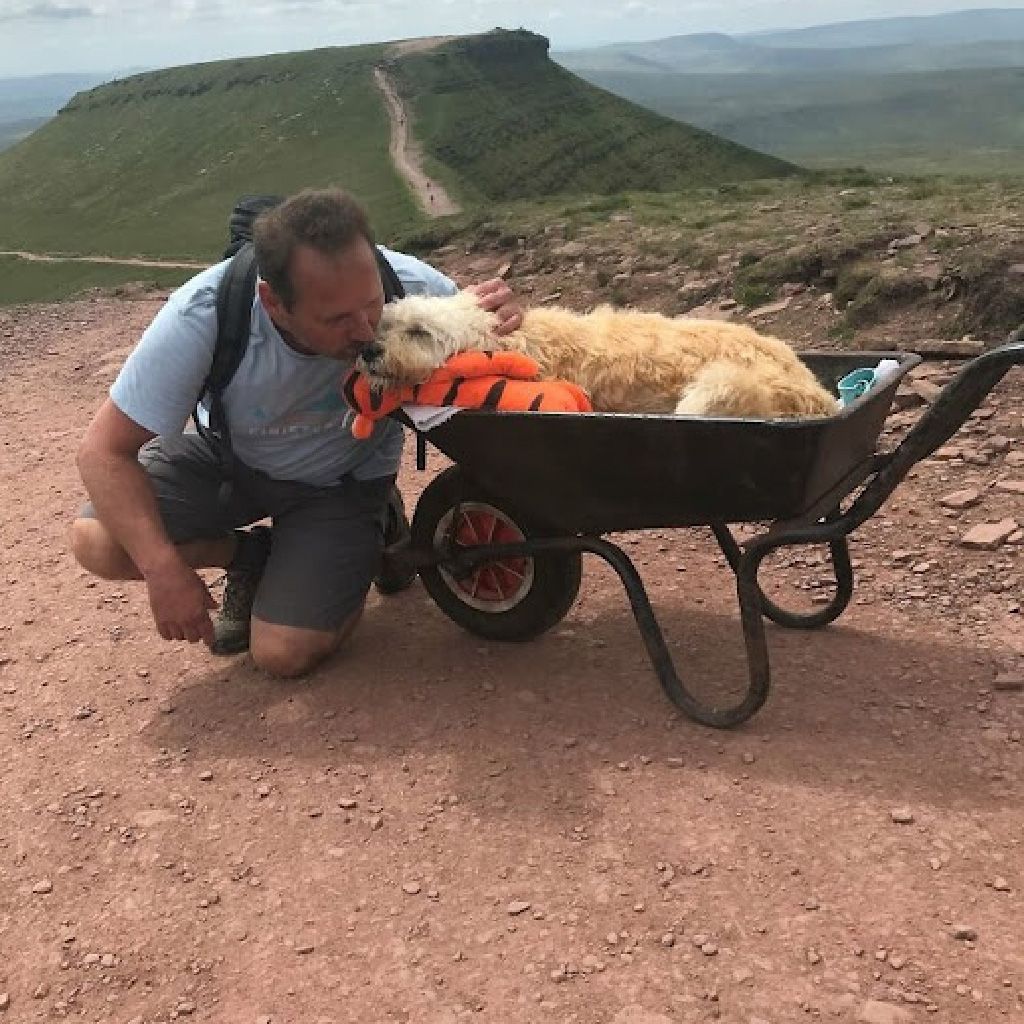 While making their way up Pen y Fan, Monty made several friends and received lots of fuss from fellow walkers.

Numerous walkers stopped the duo on their trip up to mention hello and meet Monty. Many other climbers were surprised and after hearing the story they were touched by the affection between the dog and Carlos Fresco. 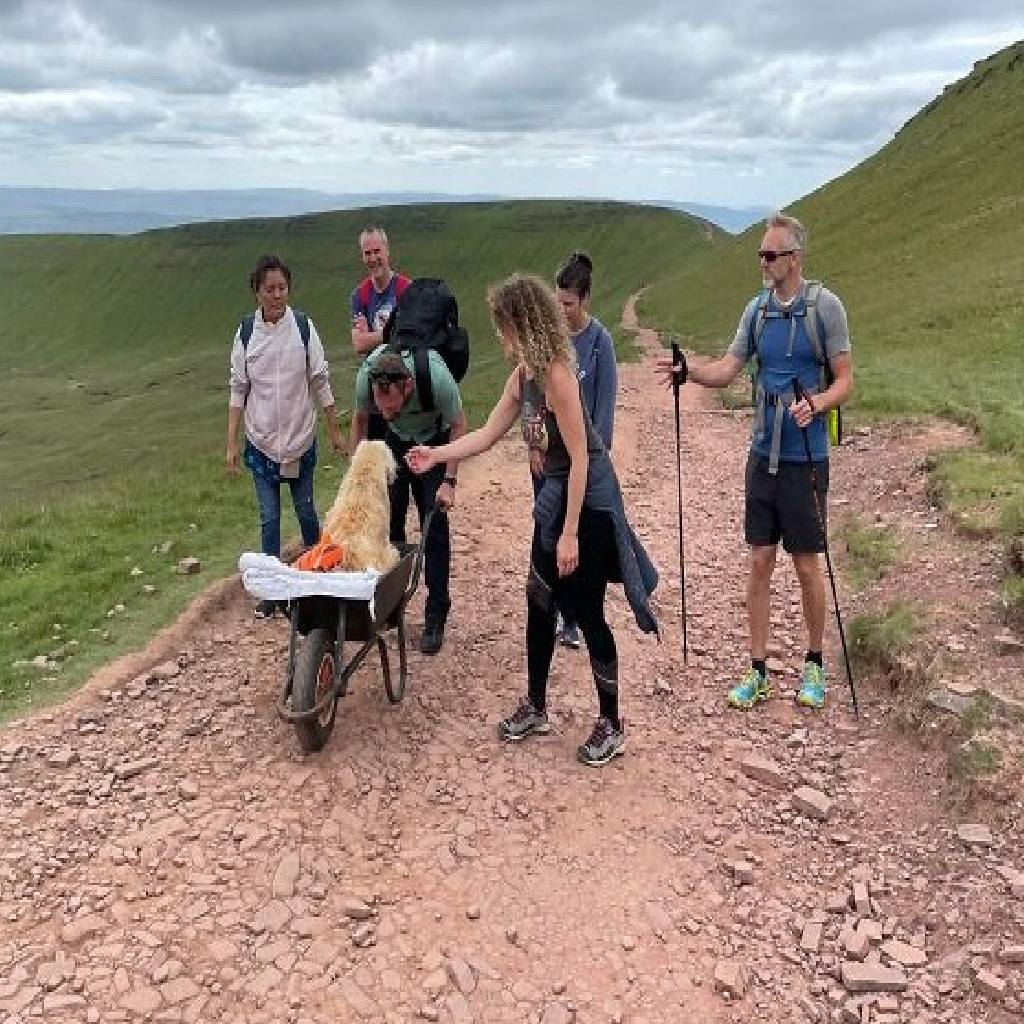 Fresco said: “Although he was weak, he enjoyed all the fuss and attention received by so many well-wishers. People on the hills were so kind and equally so sad at his deteriorating condition. In fact, total strangers asked if they could share in pushing Monty on his last journey — many total strangers shed a tear as we all love our little four-legged friends dearly.” 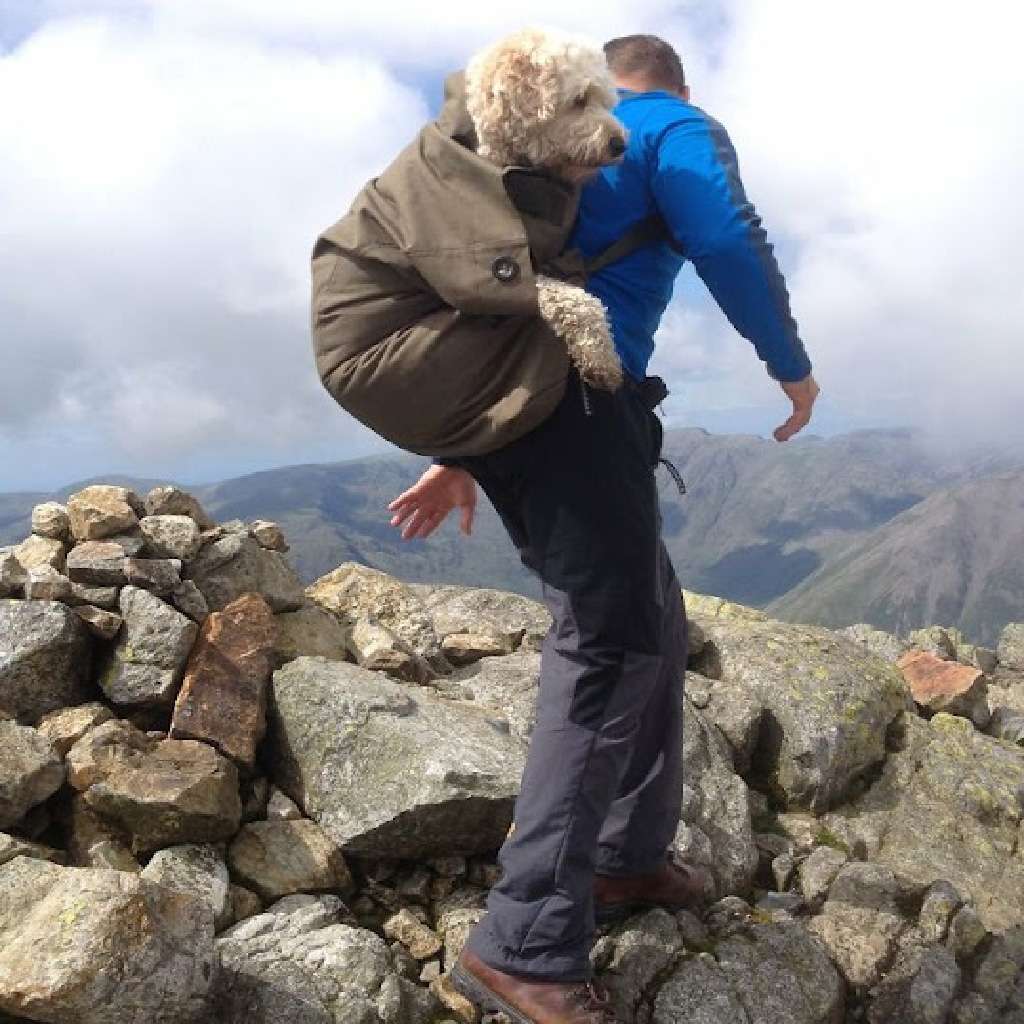 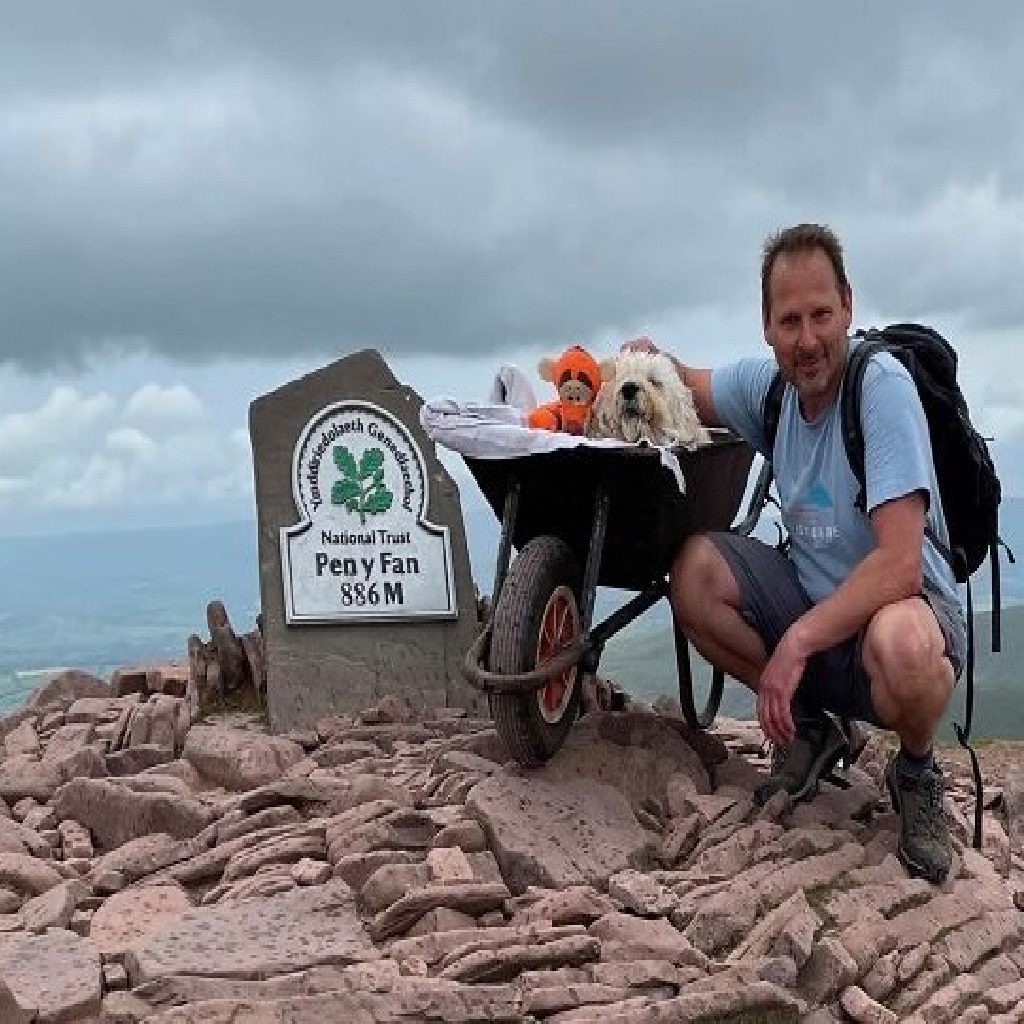 Sadly, Monty lost his battle with (ᴄᴀɴᴄᴇʀ) on June 28.
Everyone in the Fresco family mourned the dog. He is a close family member. He is a happy, docile, and loving dog. His (ᴅʏɪɴɢ) is a great loss to the Fresco family.

But as Mr. Fresco said: ” Monty will always be in our hearts, and the family continues to adopt and care for another dog. That love will be maintained forever. “