What can be better than enjoying a sunny day at the beach? Well, sunny day!
A family was recently enjoying their vacation on the shores of the St. Lawrence River in Canada when they suddenly saw a washed-up baby Beluga whale on the riverbank. When they approached her, they noticed that the newborn still had her umbilical cord attached, meaning she was probably hours old. Her mother was nowhere to be seen, so the family’s boys started hydrating the orphan until they waited for help to arrive. 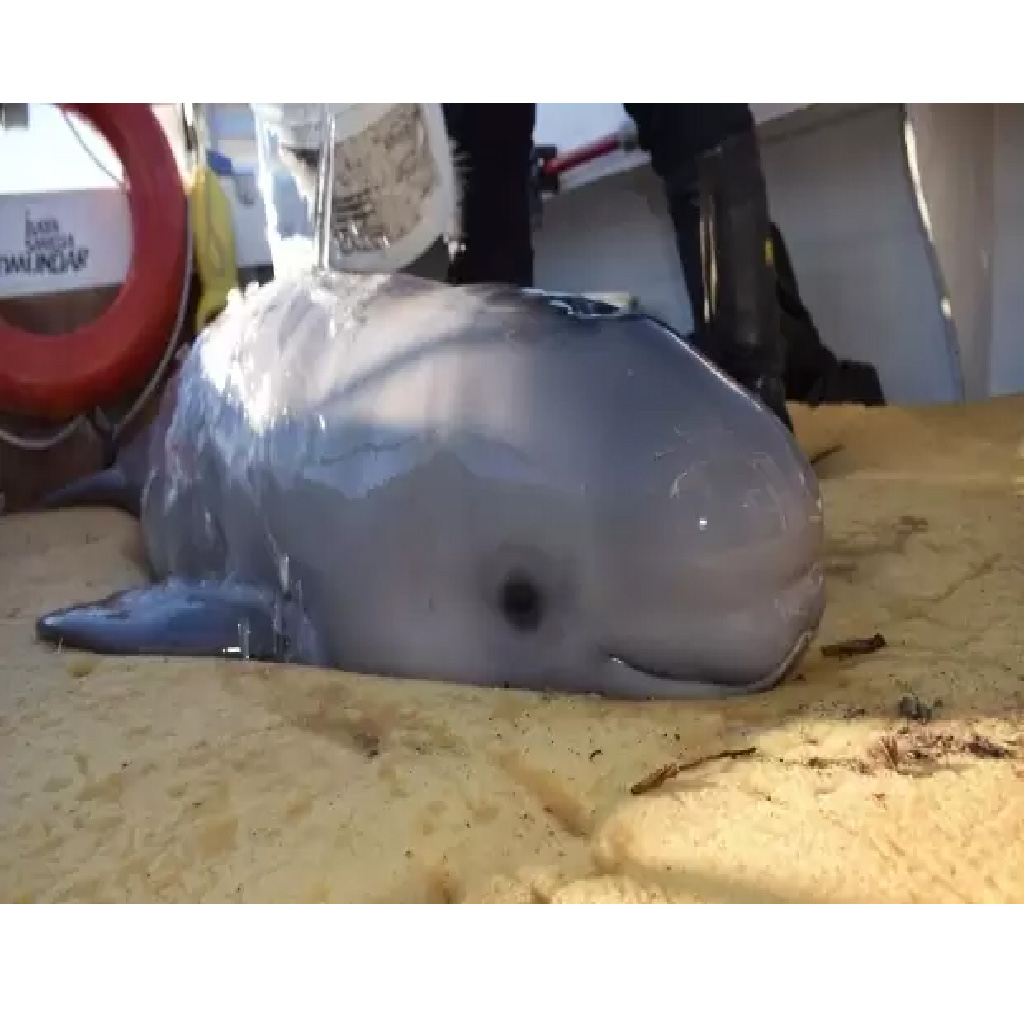 ” We dug a hole so that water would accumulate and its skin would hydrate,” 15-year-old Nicholas Milliard, who first found the calf with his younger brothers, told. “Every five minutes we got it a bucket of water. The water level was dropping, and it was becoming more and more difficult to get water.”

It doesn’t happen very often that humans meddle with sea life and save a life – too often we’ve see the opposite happen. But in this case, the Quebec family was able to stabilize the baby beluga until help could arrive. 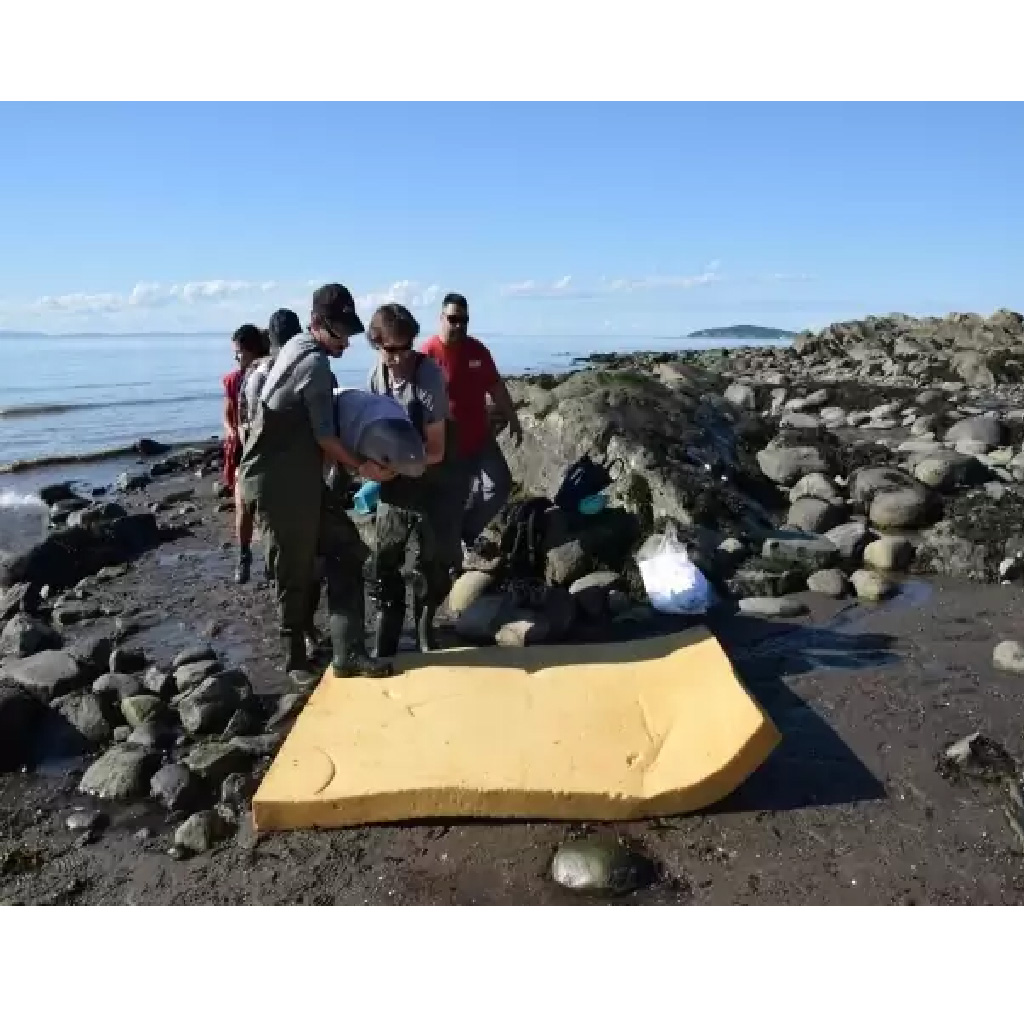 “We dug a hole so that water would accumulate and its skin would hydrate,” said 15-year-old Nicholas Milliard.

The Canadian family kept pouring water on the baby whale every 5 minutes until the rescue group arrived
It doesn’t take too long until researchers with the Group for Research and Education on Marine Mammals arrived there and rescued the baby whale. They managed to take the little one back to the water and introduced it to a group of Beluga whales hoping it would find a lactating whale. 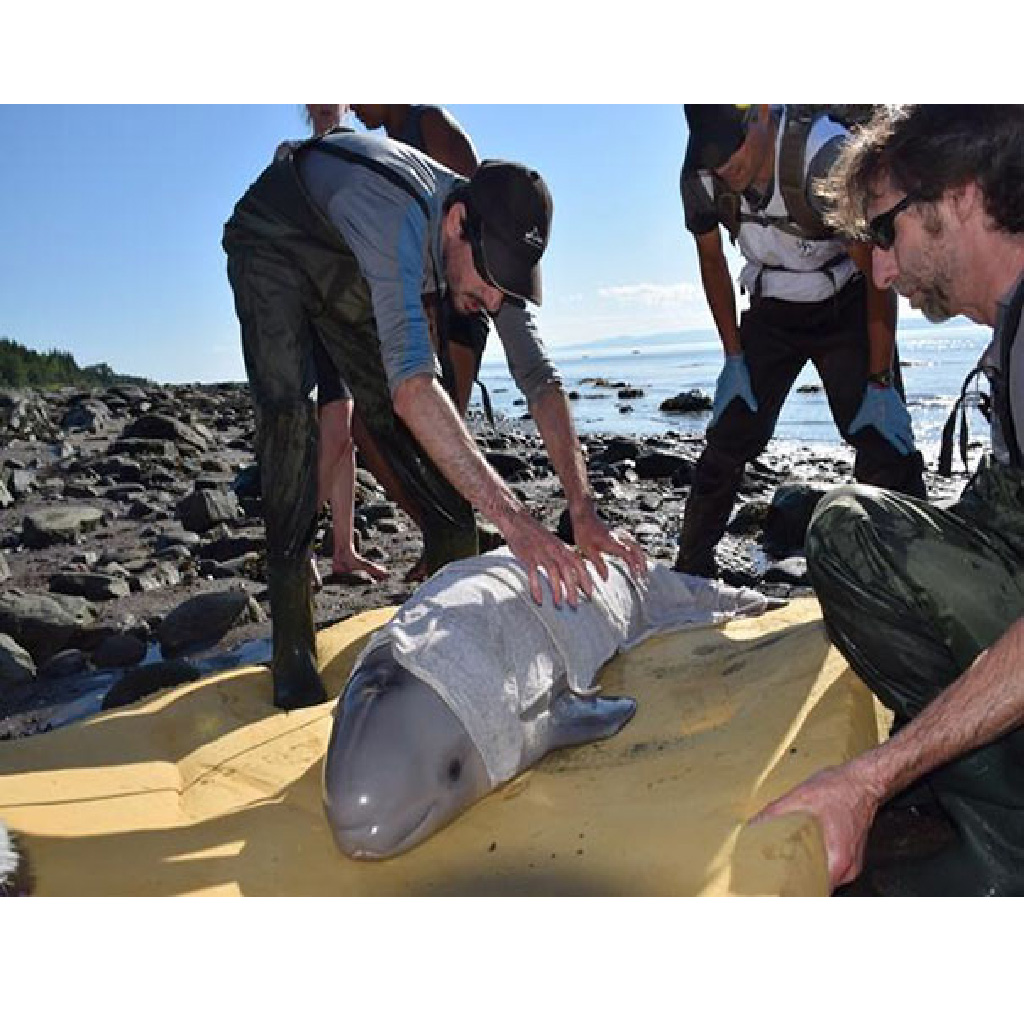 The calf’s survival is particularly vital, as the beluga whale population ebbs to unprecedented levels in the St. Lawrence region.

The area, Michaud notes, once boasted thousands of beluga whales. Today, the population is estimated at less than 900. Much of that decimation, according to the World Wildlife Fund of Canada, is due to the river’s rising pollution levels.

But this baby beluga, at least, has a fighting chance. She held out on the beach for her young heroes.