Every year, dogs ᴅ.ɪ.ᴇ needlessly from being left in hot cars by neglectful owners. It’s wholly preventable and completely tragic, and it’s unbelievable that people are still risking their pets’ lives in this way.

In Clearwater, Florida, police had to rescue an overheating dog who was spotted howling for help inside a locked car. 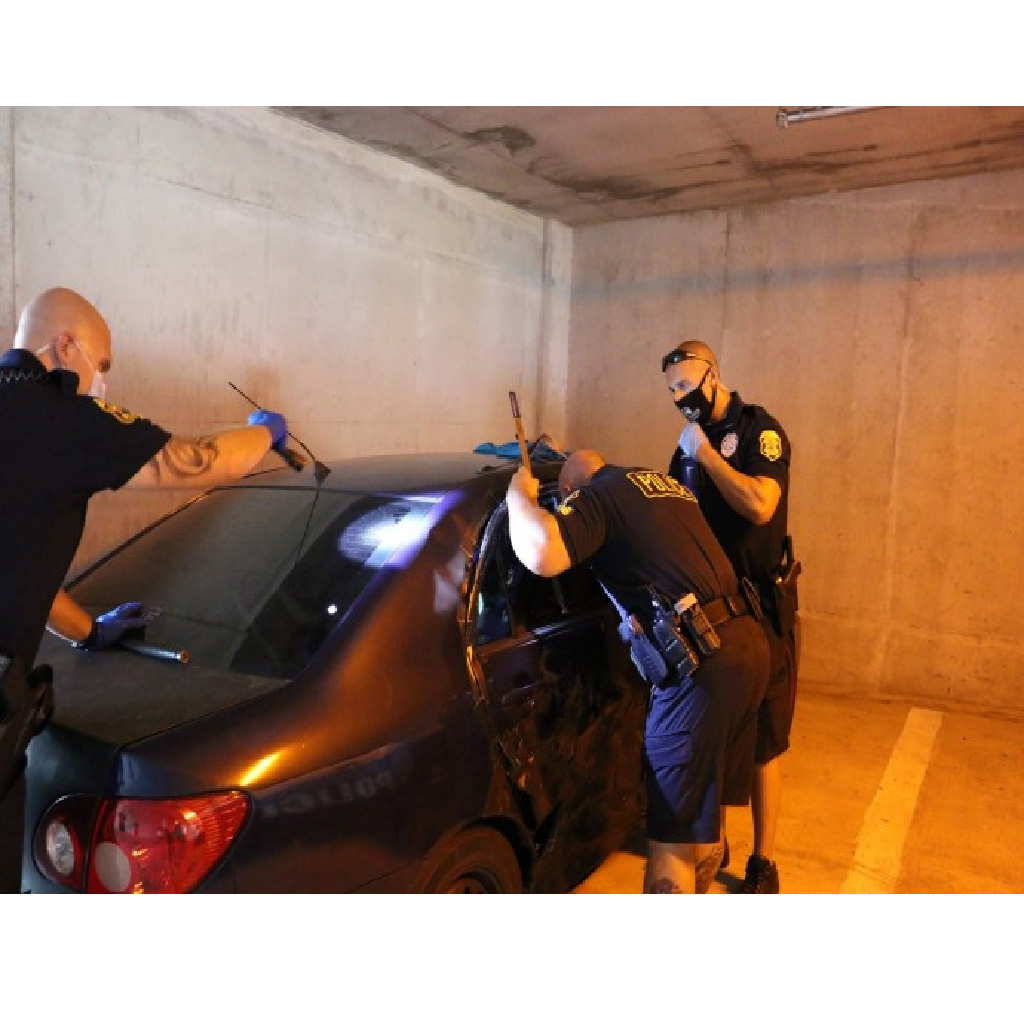 The police were called to the scene after staff at the Holiday Inn & Suites had heard the poor pup barking for its life.

They contacted the police who rushed to the scene and found the dog locked inside a ᴅᴀɴɢᴇʀᴏᴜsʟʏ hot car. 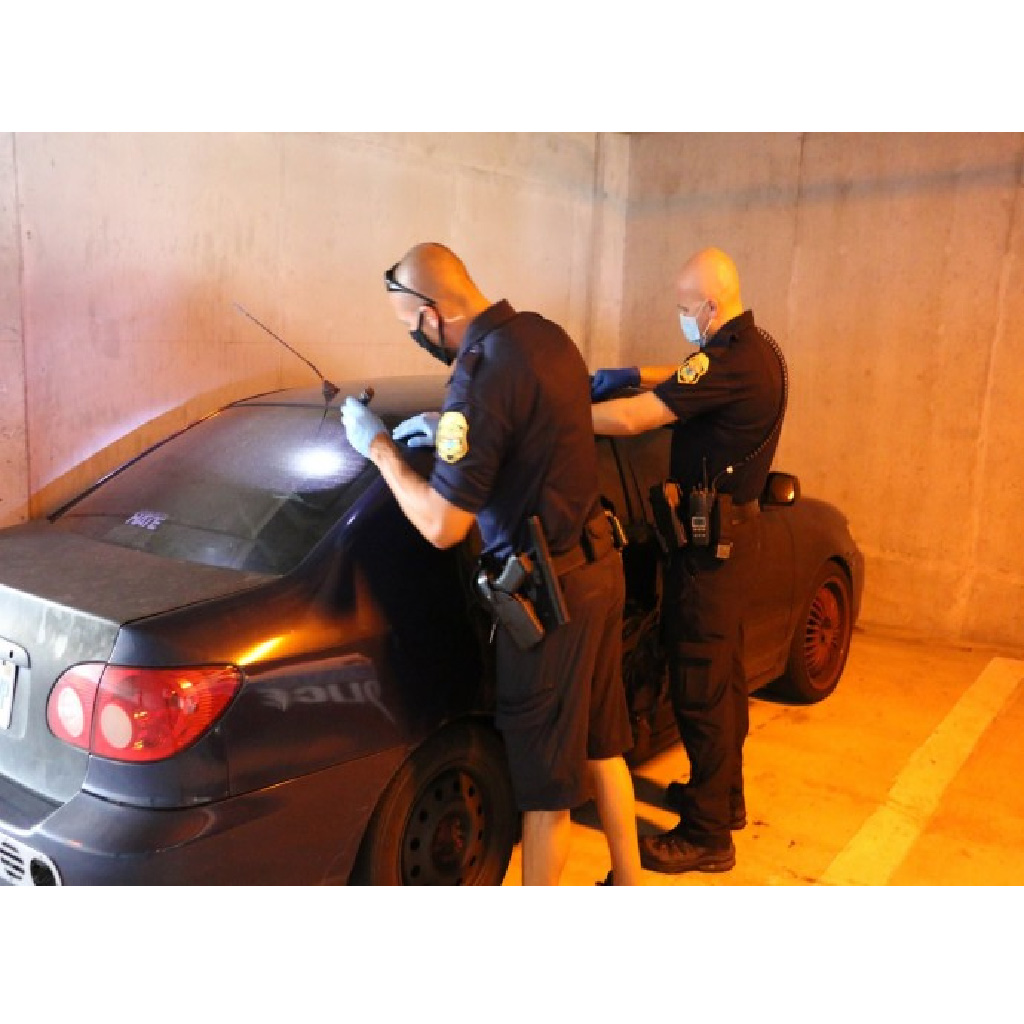 After smashing the window, the police dragged the panting animal out of the car and pulled it into some shade on the pavement.

The dog is then given a bowl of water, which it laps up as it lies on the cool concrete while the police officer uses a damp sponge to bring down the pooch’s body temperature. 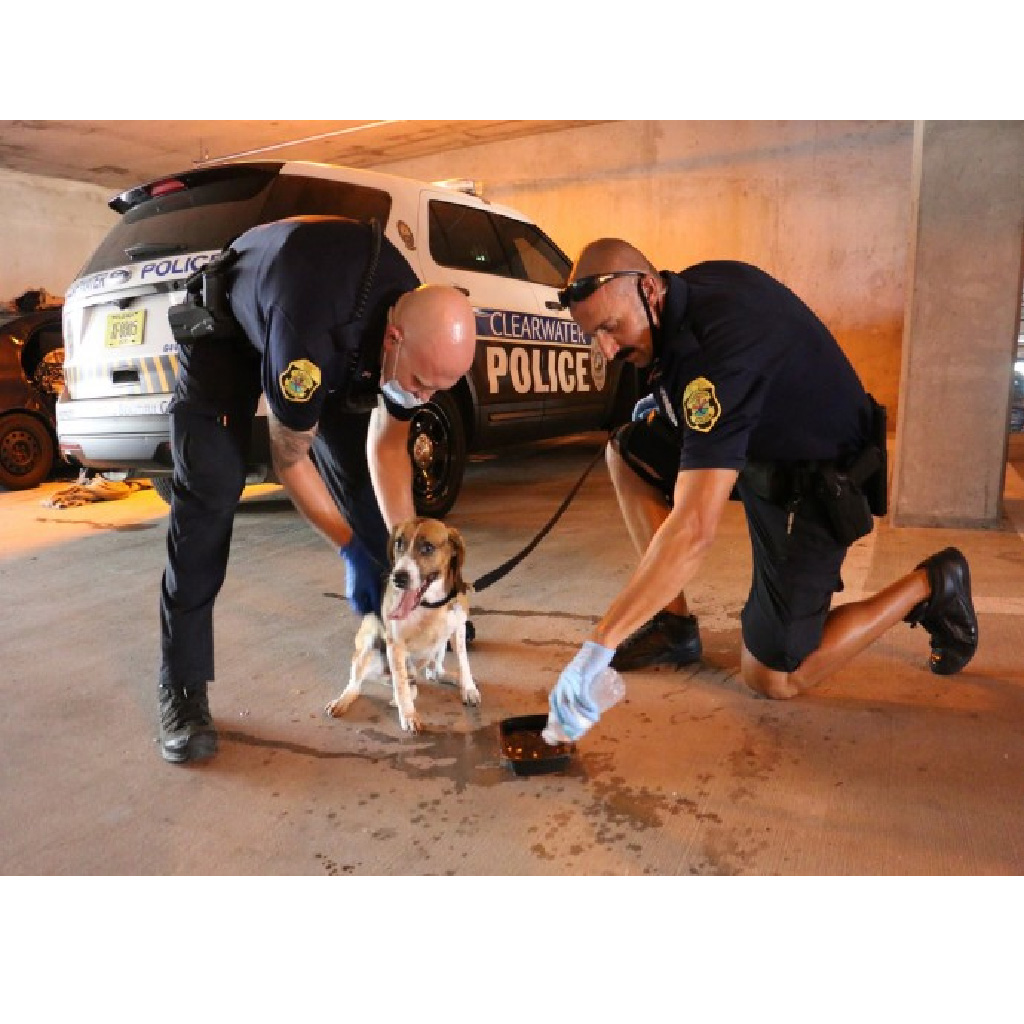 While the pup was locked in the car, the windows were up and all doors were closed, and the police feel confident that the temp must have measured at least 100 degrees at that time. 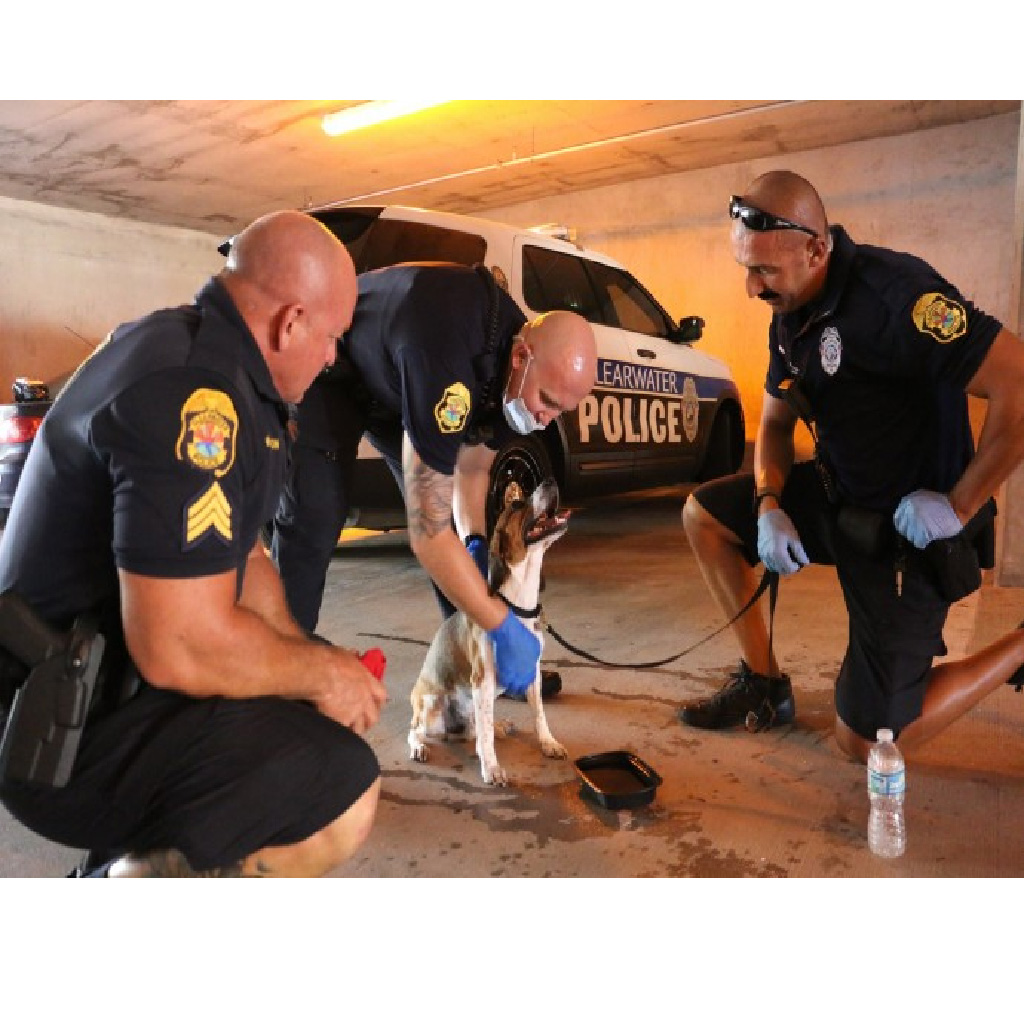 The pup’s owners had allegedly gone to the beach after leaving the dog in the car. It seems like they thought that their day in the sun was more valuable than their poor pups life.
When the dog’s owners came back to the car, the two police officers who responded to the incident were shocked by their response to the rescue. Rather than thanking the officers for saving their dog, the owners were upset that the police had smashed their car’s window. 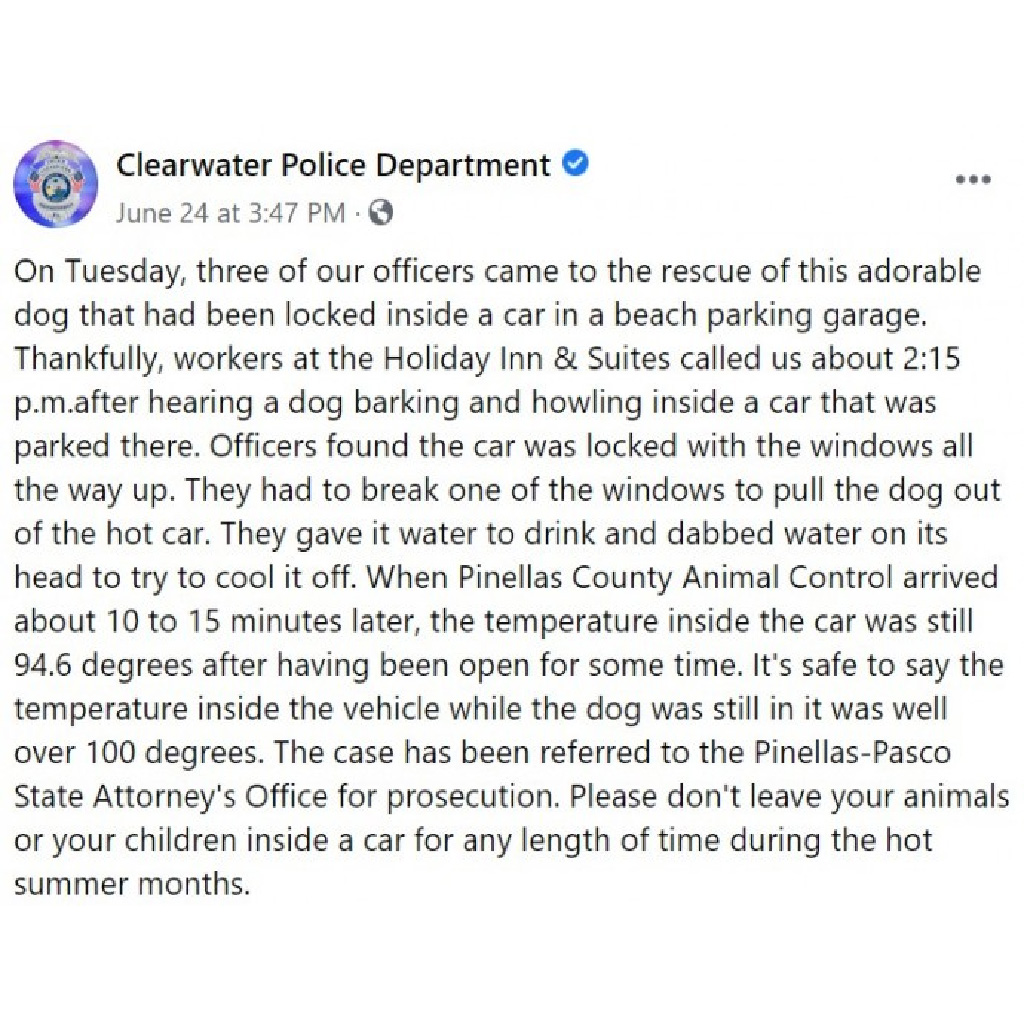 The police officers weren’t having any of the owner’s complaints, informing them that authorities can break into vehicles if they feel that the life or health of an animal is in danger.