Dogs have unwavering loyalty to their families. This is one of their many fine attributes and one of the reasons why they are often referred to as being “man’s best friend.”. But sometimes, their loyalty can get them into trouble. For one Labradoodle, he ended up getting sent to the principal’s office because of it! 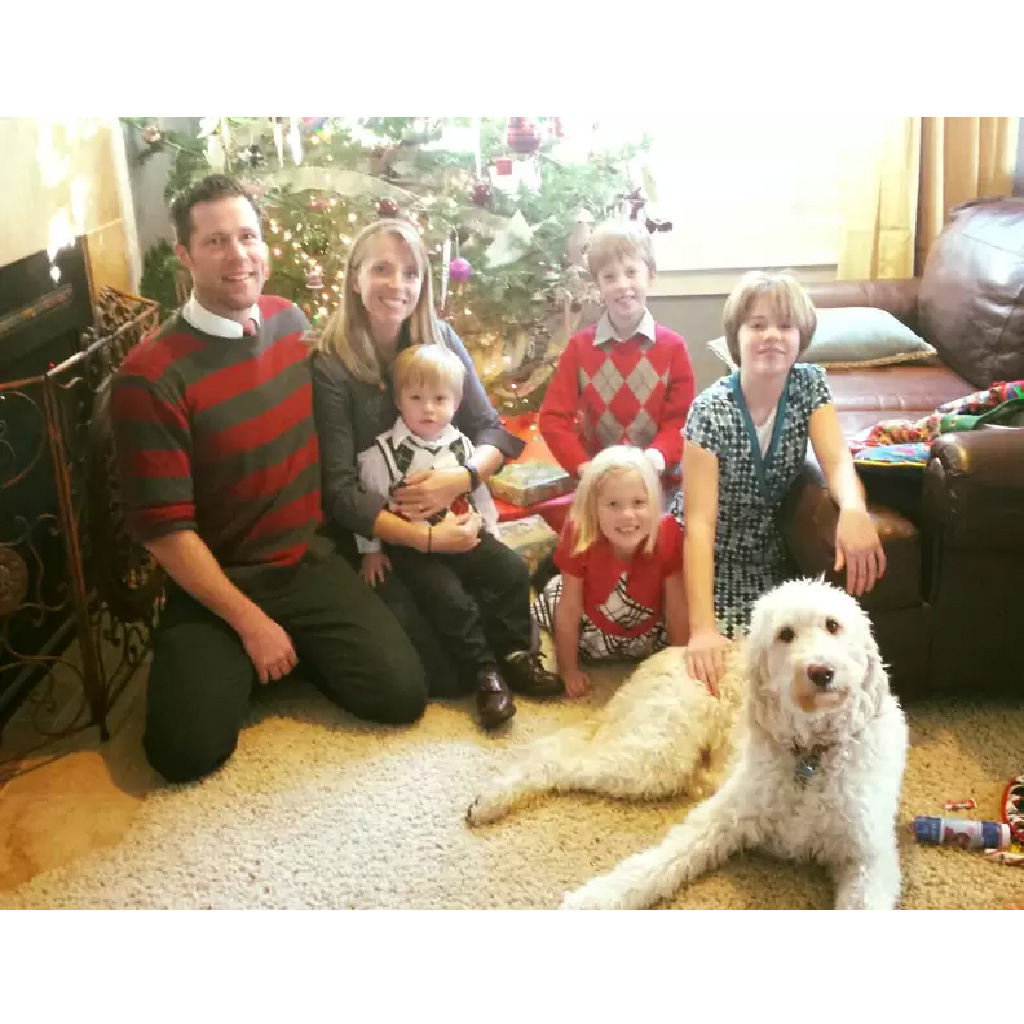 This story discusses a Labradoodle called Sandy, Karen Manthey’s family’s dog has actually constantly been very close to them given that he was just a young puppy. The cute pet constantly follows his relative around as he would like to know what every person is doing.

Sandy loves his family and always wants to be included in their activities. If the affectionate labradoodle got to decide, he’d be by their side every second of the day. But every morning, the kids get up and walk off to school, and although Sandy always begs to come with them, he’s never allowed to tag along. Instead, all he can do is sit and wait for them to come back. 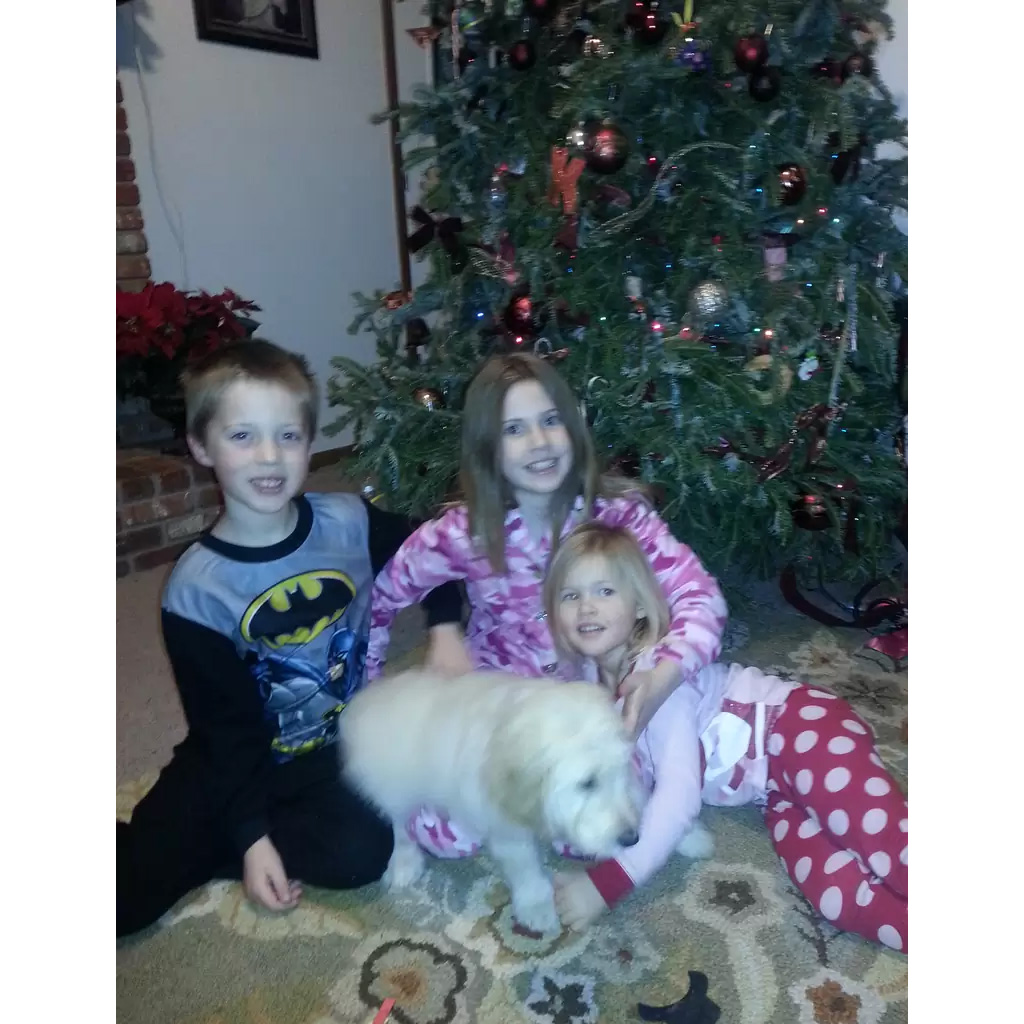 “He wants to be involved with everything we do,” Karen Manthey, Sandy’s mom, said. “He’s bummed every day that anyone in our family leaves his care. On camping trips, if the family is separated (i.e. half the family is at the lake .5 mile away and the other at the campsite), he’ll spend all his time running back and forth to check on each group to make sure everyone is safe.”

At least, that’s usually the case. But one morning, the whole family was more distracted than usual, and Sandy saw his chance and took it.
When Sandy arrived at school with his kids, everyone there thought it was hysterical, and sent him straight to the principal’s office to wait for his mom to come and pick him up. When they couldn’t get in touch with her, they let one of his kids walk him back, and his mom was shocked when the guilty dog arrived home.

“I didn’t realize he was missing until my daughter showed up at home with Sandy,” Manthey said. “The school had tried calling me but my phone was turned off, my neighbor who was at the school snapped the infamous picture of him to ask if he was mine. Because we live so close, the school allowed my daughter to run him home. They were both thrilled with the adventure.”

When Karen finally did see the message, she was mortified and rushed to the school to apologize for Sandy’s trespassing. 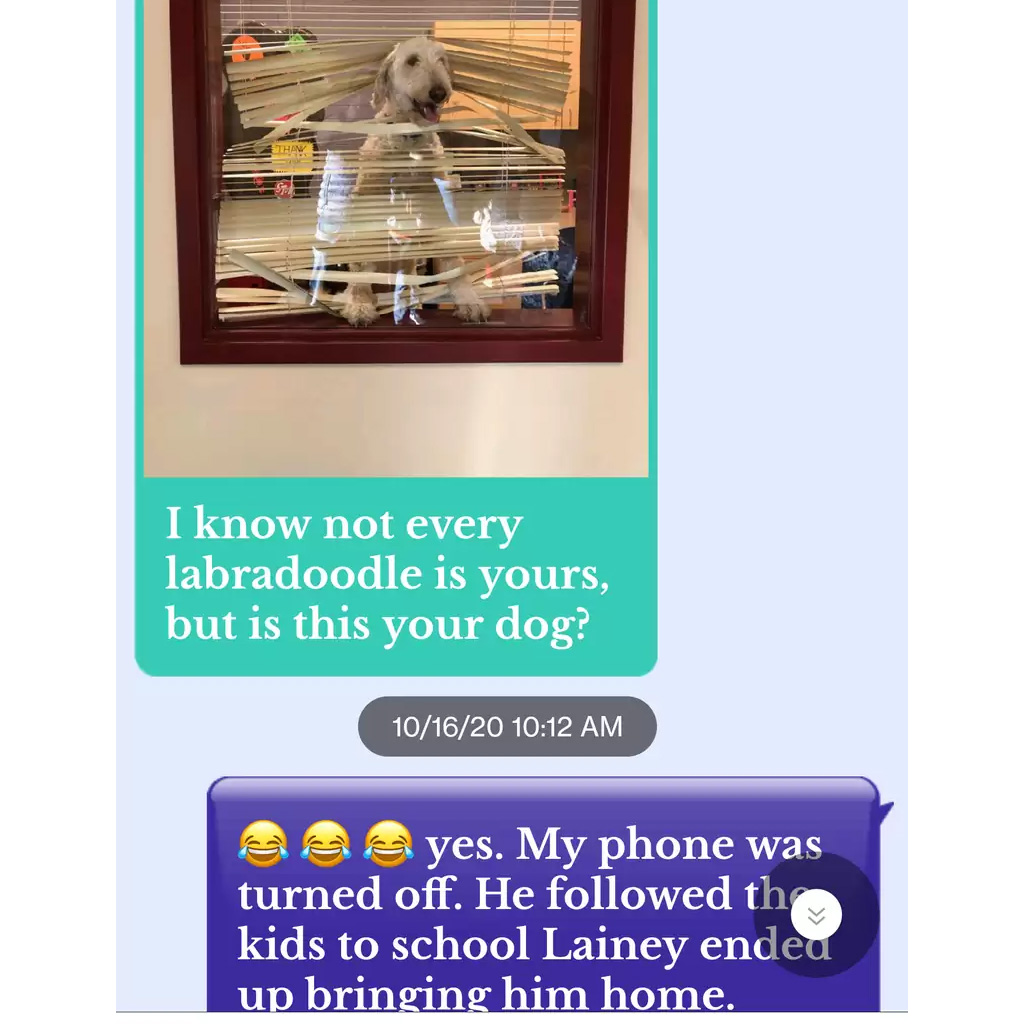 “When he showed up at home he was thrilled with the day’s adventures,” Manthey said. “If anything, I think he’ll try twice as hard to sneak off with the kids again.”

Manthey felt bad that Sandy had accidentally caused a bit of commotion, and stopped by the school to apologize and see if there was anything she could do to make it up to them. No one at the school was upset about it at all, though. In fact, they were very entertained. 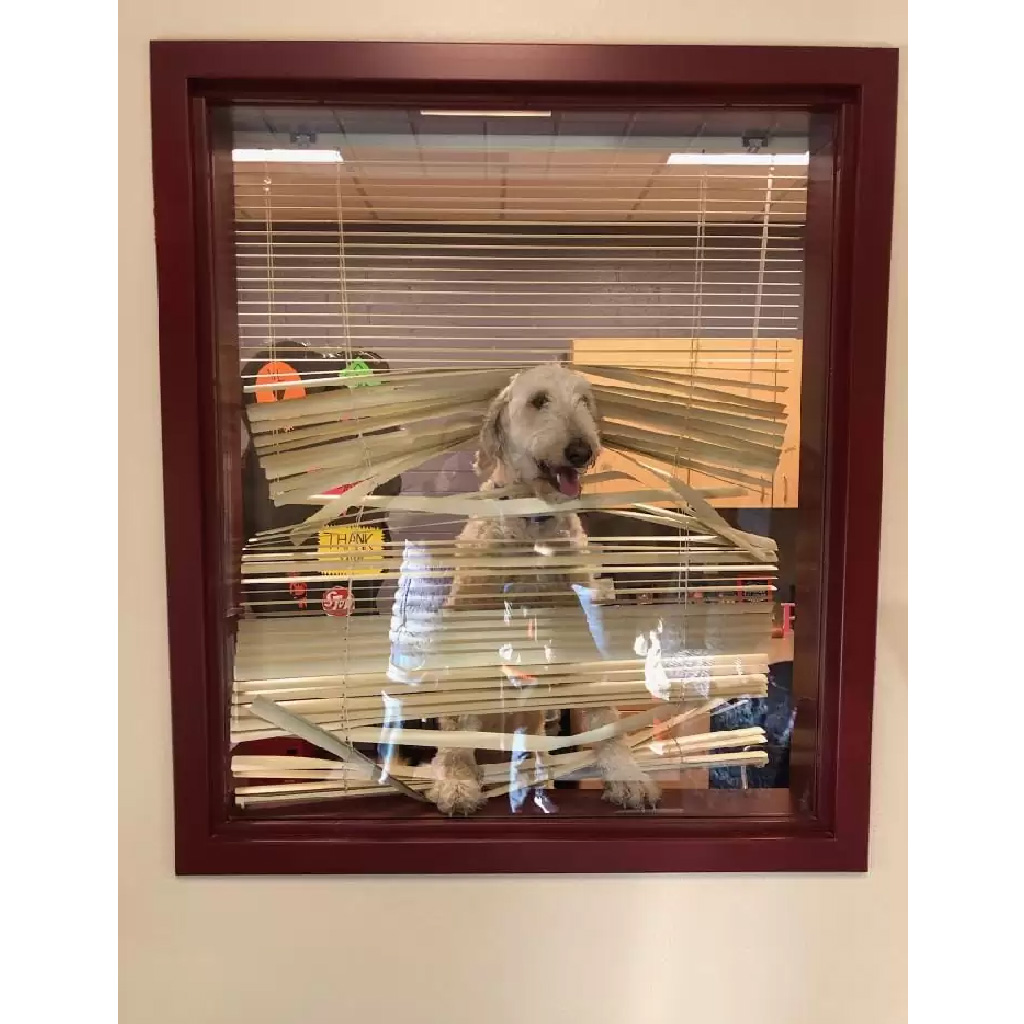 “They laughed pretty hard,” Manthey said. “I showed up over there to apologize and pay for the blinds but their cool school janitor had already replaced them. Instead, they just asked me to email them the picture. The office ladies wanted it.”

Sandy is reportedly very pleased with himself, so the family might have to keep an extra eye on him from now on; there’s no doubt that the little pup will try his luck again.