Dog parents love to spoil their kiddos with lots of toys. It makes their doggy children super happy. But there are always certain toys that our dogs love the most.
These are their favorites. The ones they can’t live without. The one’s parents have to keep a stockpile of in case their dog’s favorite toy is discontinued.

Meet Charlie — a supremely sweet pup who knows exactly what he likes. He likes his stuffed duck. 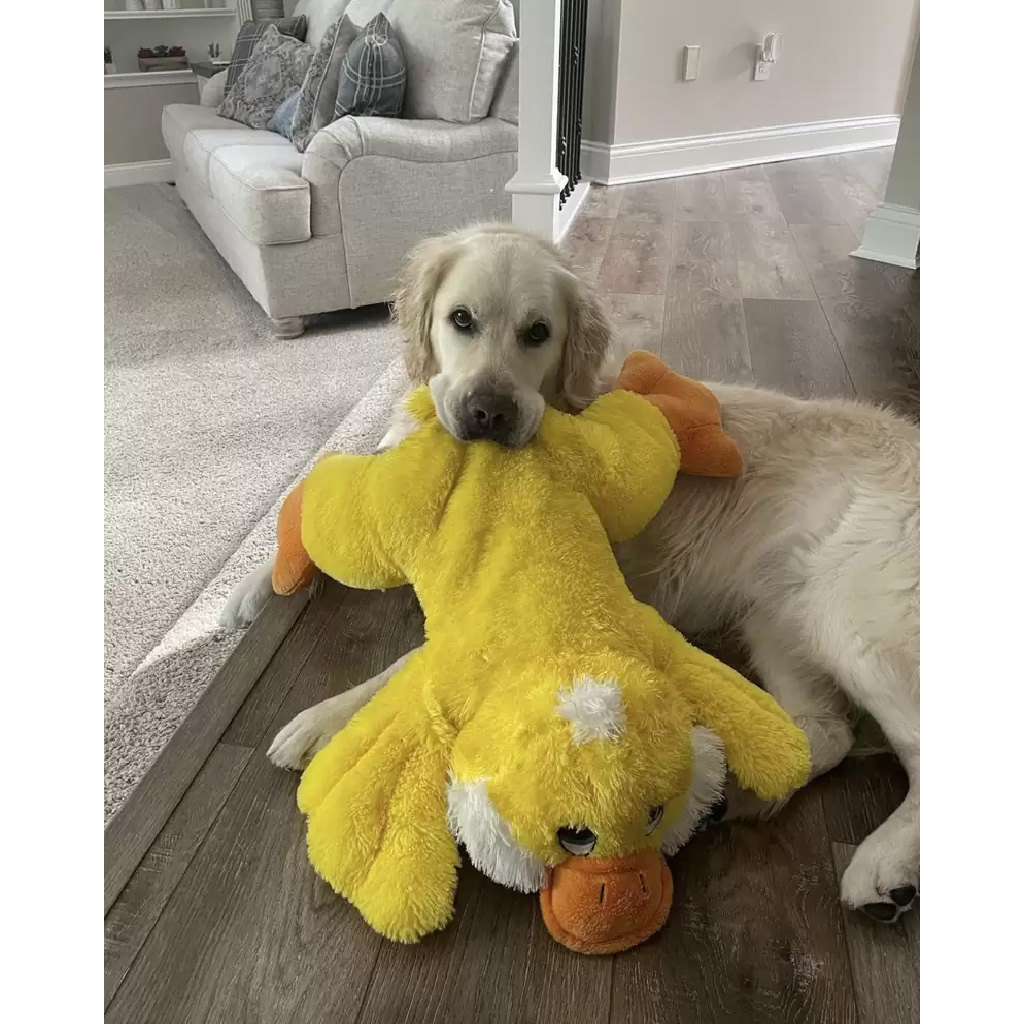 Sure, Charlie has other toys he can play with any time he chooses. But, inevitably, it’s always the plush duck, named Mr. Quackers, that he chooses to spend his time with.

Alicia, the dog’s owner shared: “Charlie will take this toy duck everywhere, he even sleeps next to the duck for a second. I’ve never seen him do that with the stuffed toys that he has. he used to have.” 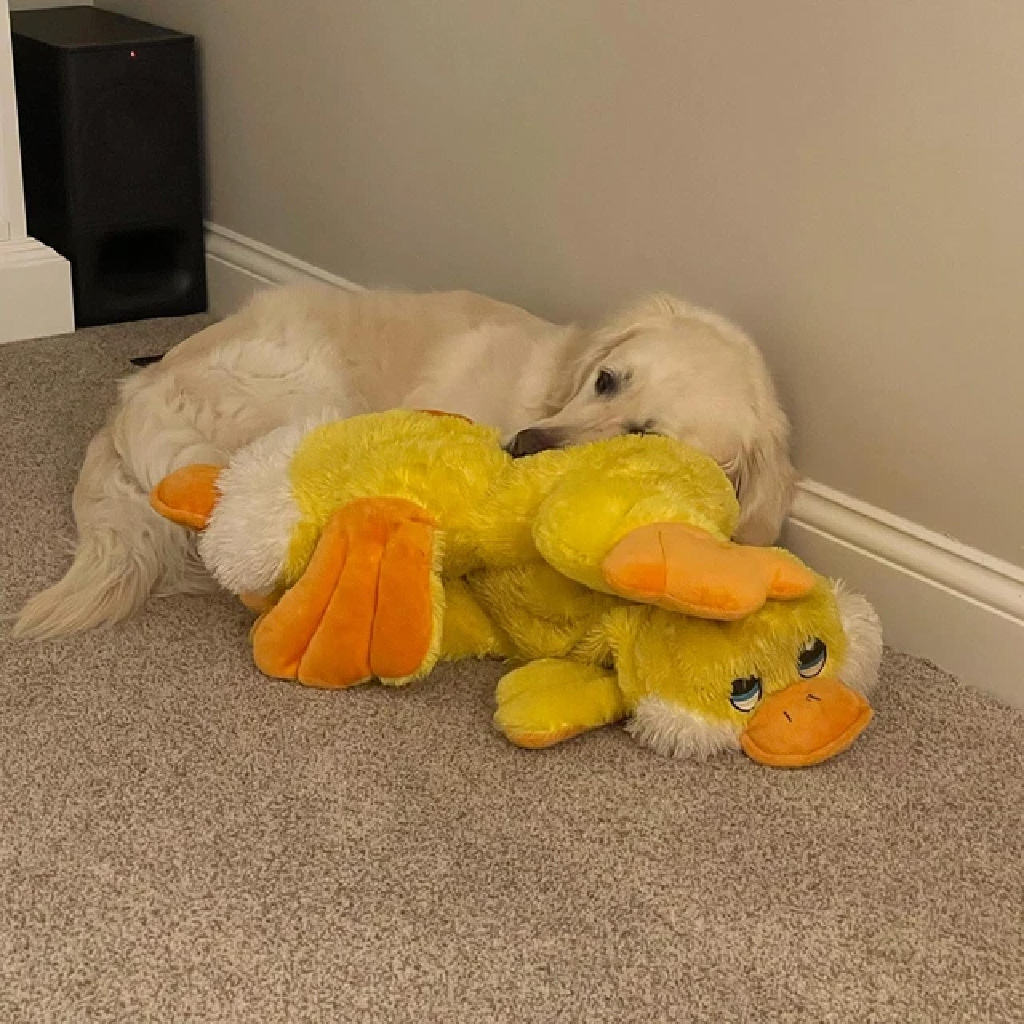 Both of them were inseparable. Seeing the special bond that the dog had with the stuffed toy, made Alicia and her husband plan a special surprise for him. They thought of arranging a visit from an oversized and fully animated version of Mr. Quackers. 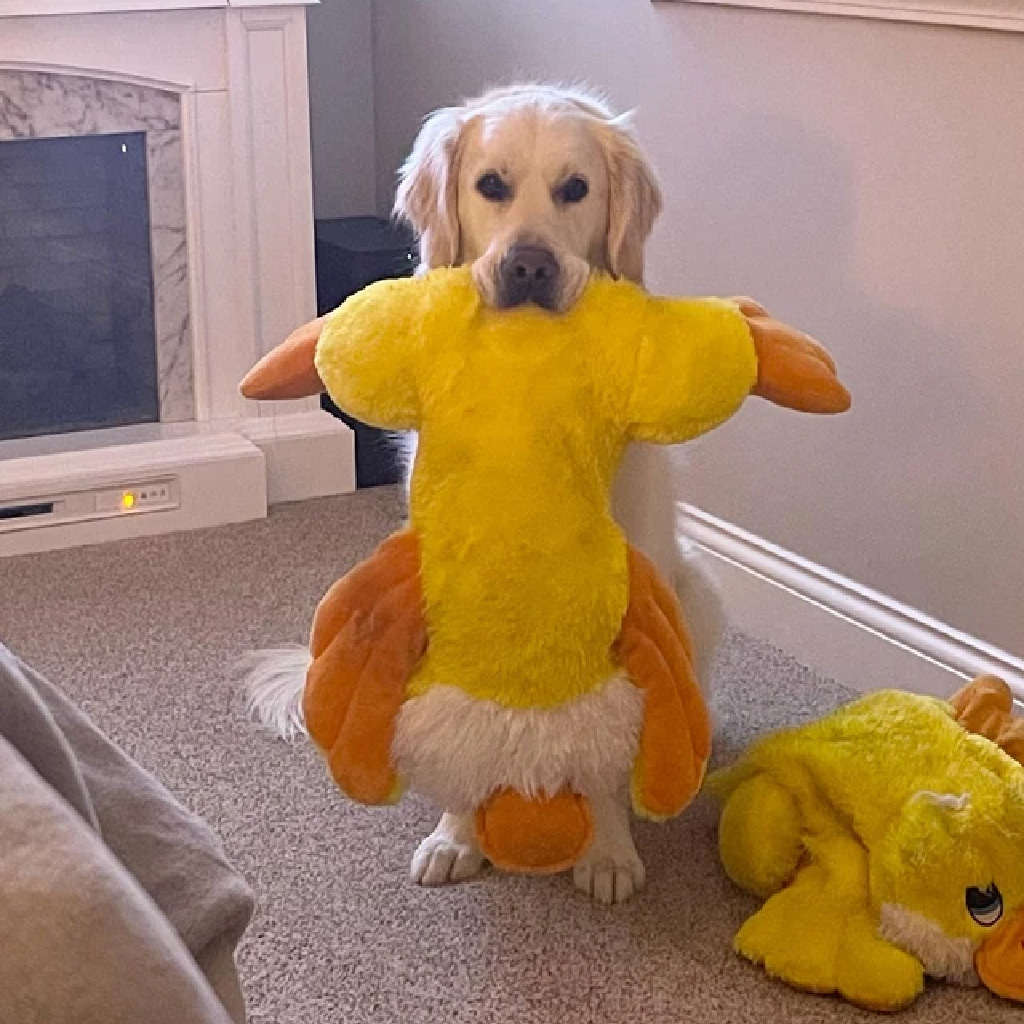 It was by chance that Alicia’s husband got a perfect Mr. Quacker costume at the store and he played the part of Mr. Quacker.

When Charlie the dog lay leisurely on the floor, playing with Mr. Quackers was full of passion when suddenly a giant super-sized duck appeared, making him fall in love. Charlie could not hide his surprise and joy when in front of him was Mr. Quackers known movement. He wagged his tail continuously, happily jumping up and hugging this giant duck. 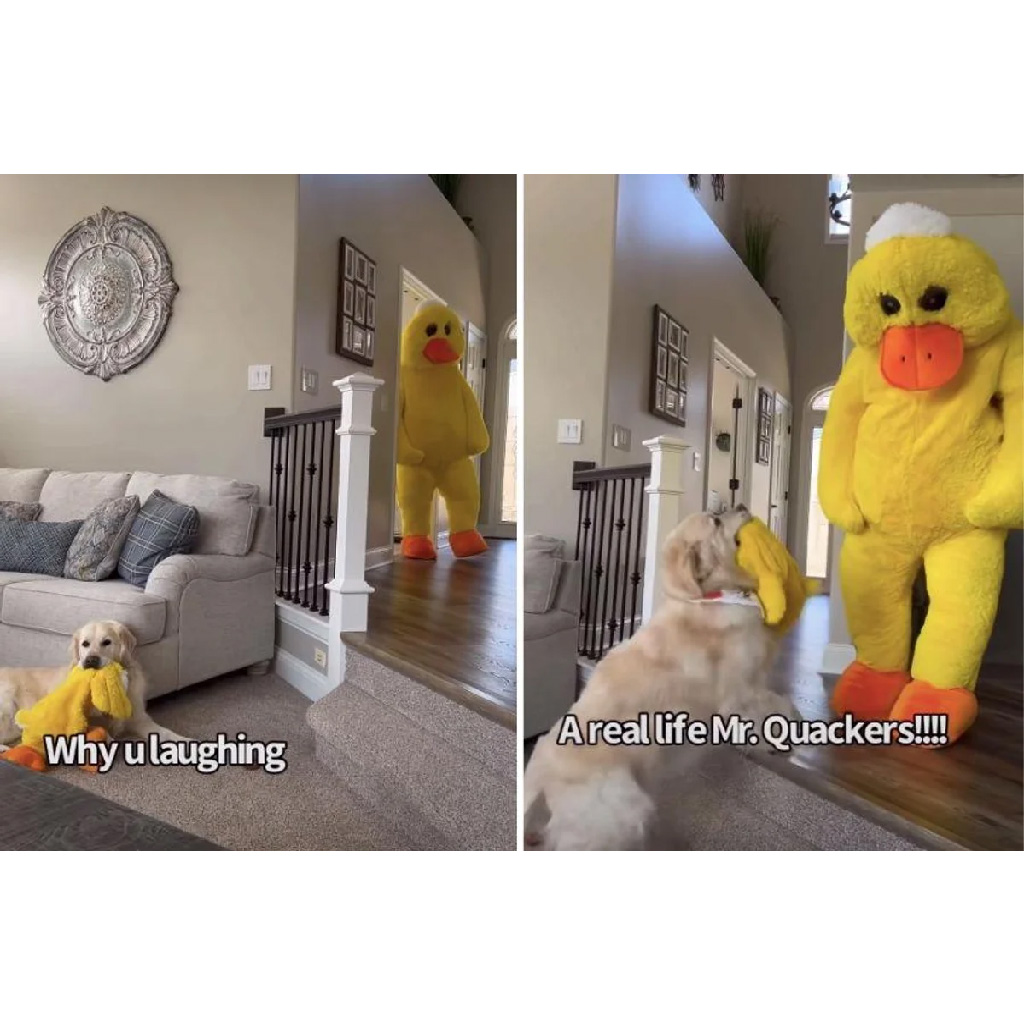 “It couldn’t have gone any better!” Alicia said. “Soon as Charlie saw the life-size Mr. Quackers, his tail started wagging so fast, his entire body was moving.” 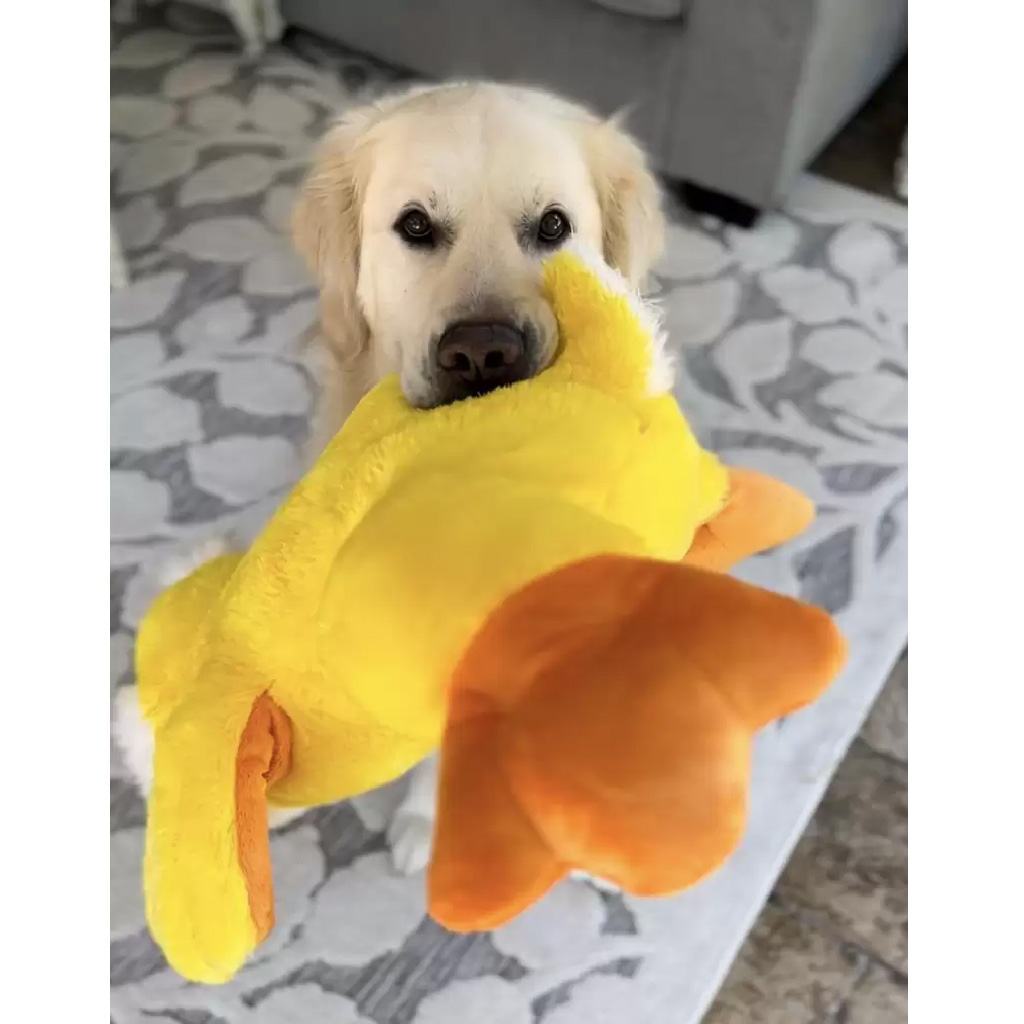 It was a memorable moment. It is really sweet on the part of his parents to go over and beyond for their sweet little dog. The dog would have remained content with his favorite toy but the parents wanted to give him real happiness.