Sometimes, it takes moments like this one to realize how much love dogs can offer to their human friends. While all dogs are gentle and friendly, Golden Retrievers are thought to be among the friendliest and most loving family dogs.
The heart-warming moment a golden retriever interrupts her owner to give him a hug has been caught on camera. 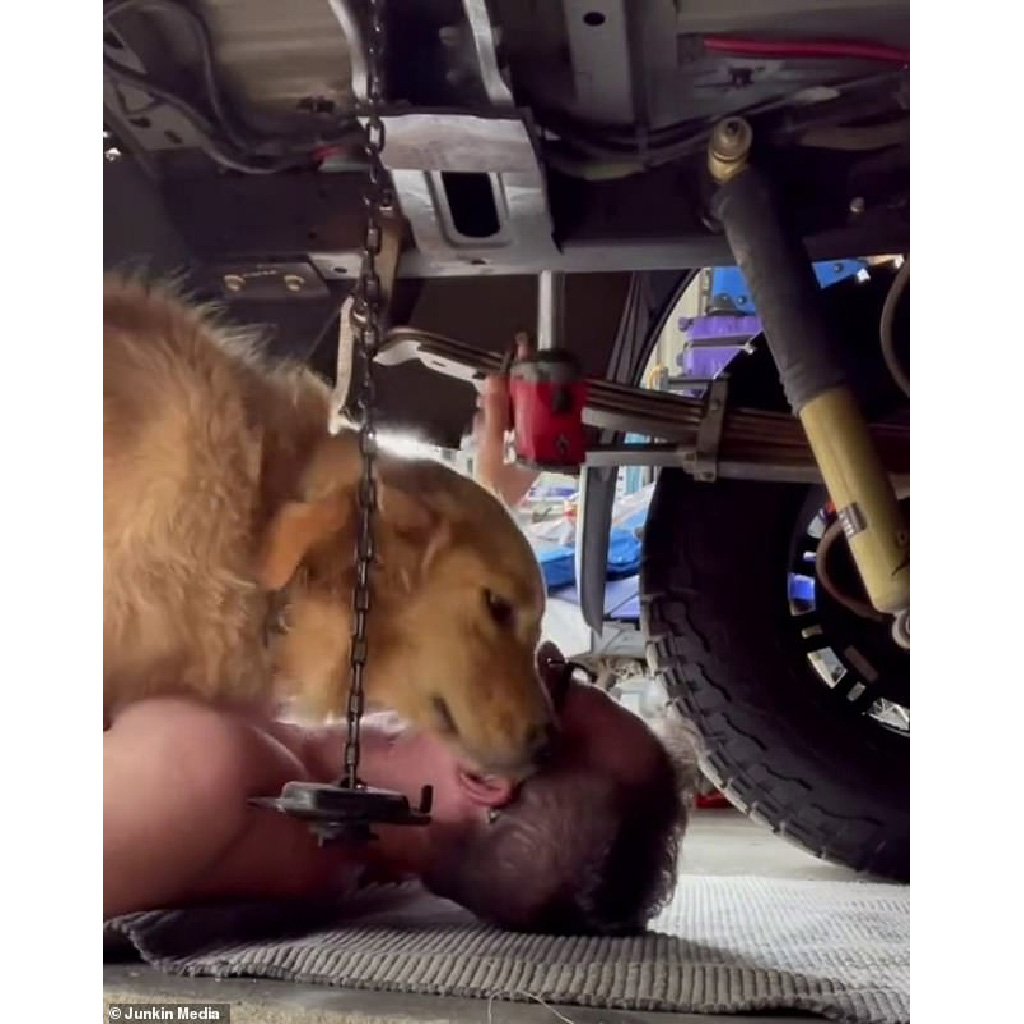 The adorable golden retriever simply wanted some attention from her Australian owner who was busy installing drawers underneath his car.

She is seen affectionately licking the man’s ear as he tinkers with his tools, before collapsing onto his chest and snuggling her head into his neck. 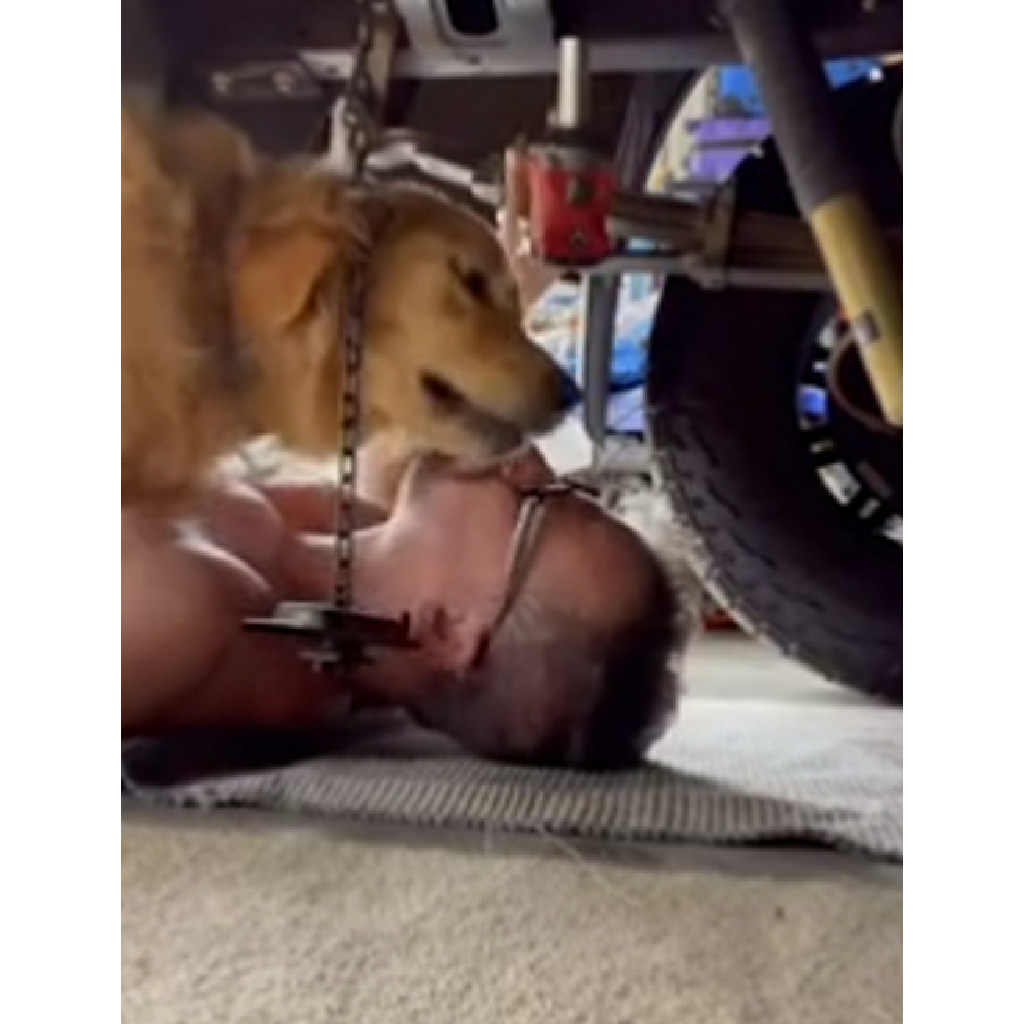 Lovely video footage shows the moment a man gets the sweetest cuddle from his beloved dog. The man was underneath his car, trying to fix something when his furry friend – a Golden Retriever – crawls down to show him how much she loves him.

The man – who’s focused to install some drawers – doesn’t seem bothered at all by the lovely interruption. The moment he realizes what the dog’s intentions are, he put down his tools are return the favor. The sweet puppy looks so happy that she gets what she wants, and after she gently licks her owner’s ear, she just collapses on his chest and puts her head onto his face.

After all, a big hug is always welcomed, regardless the circumstances!

The adorable scene unfolded in Australia, and the it was captured on video.