An older boy can be seen trying to pin the huge snake’s head to the grass as the two younger boys attempt to loosen its grip on their dog. The boys hurled leaves at the snake as the older boy used what appeared to be a metal table leg to gain control of its head.

The little pooch seems to be rather confused by the incident. As difficult as this task seems the three boys showed great courage in helping the dog out of the situation.

This is the moment three young boys bravely confront a huge snake that has wrapped itself around their dog’s lower body and back legs.

A video shows the older boy trying to tackle the snake’s head to the grass with what appears to be a metal table leg, while the two younger boys try to force the snake to release their dog by throwing large leaves at it. 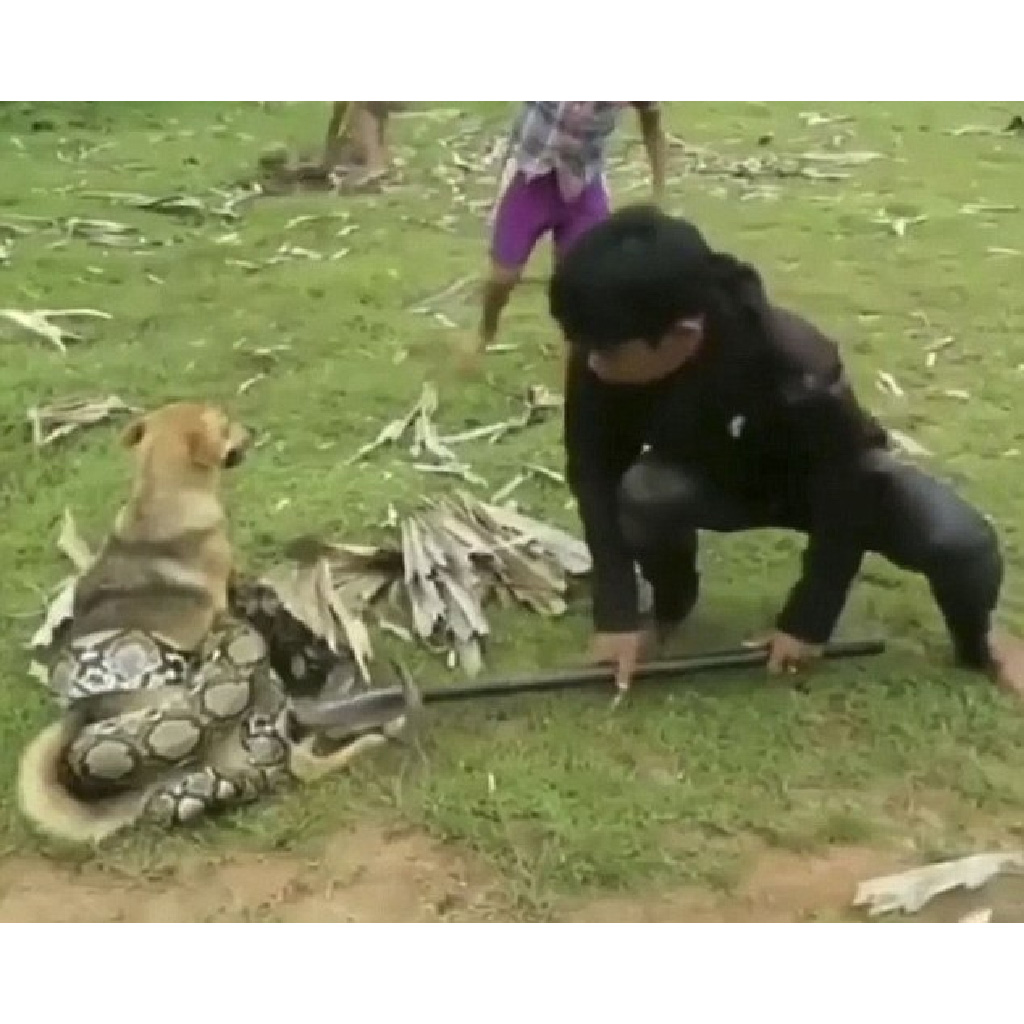 The three young and exceptionally brave boys managed to grab the serpent from both ends pulling it in opposite directions, forcing it to relinquish its hold.
The older boy uses the pole to force the snake’s head to the ground, while his two companions try to untangle the snake, which seems to be a difficult task at first. 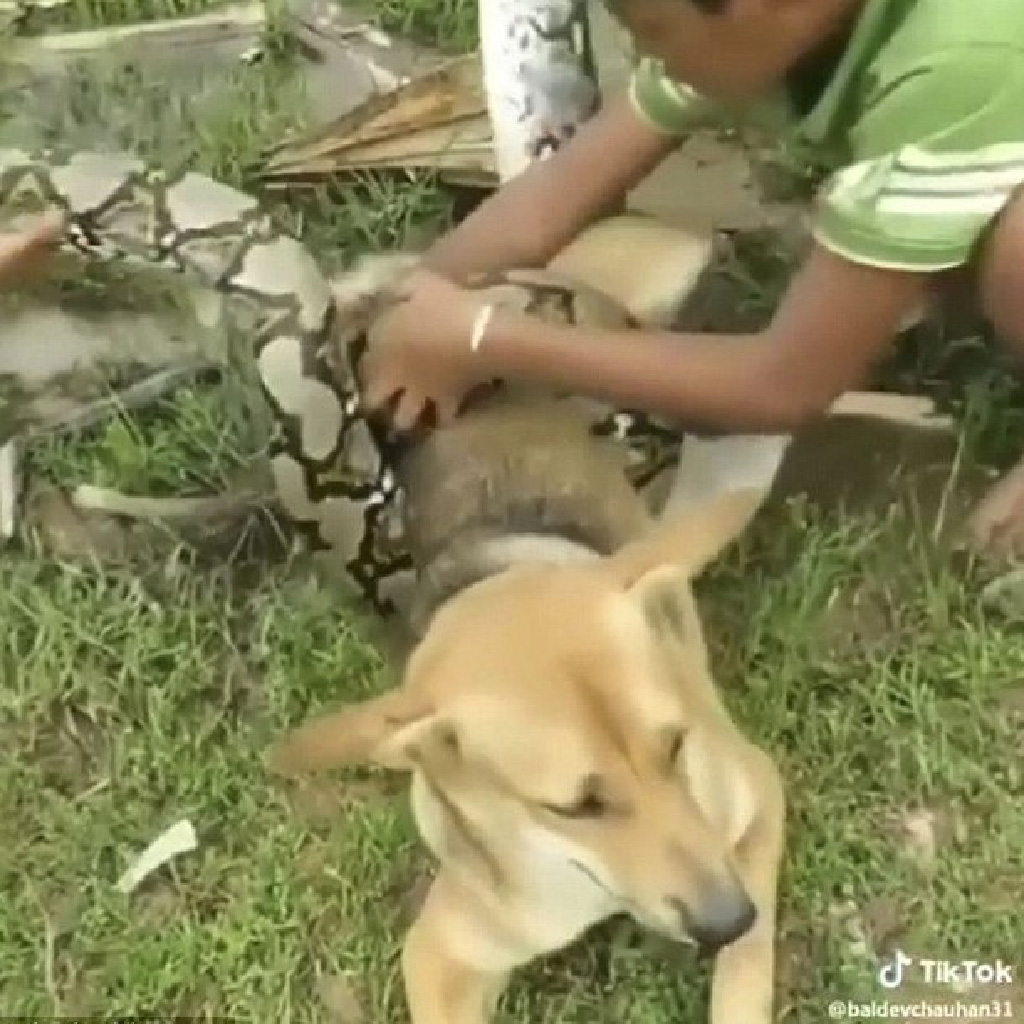 They then grab the snake by both ends and pull in opposite directions, eventually weakening its grip long enough for the dog to escape. 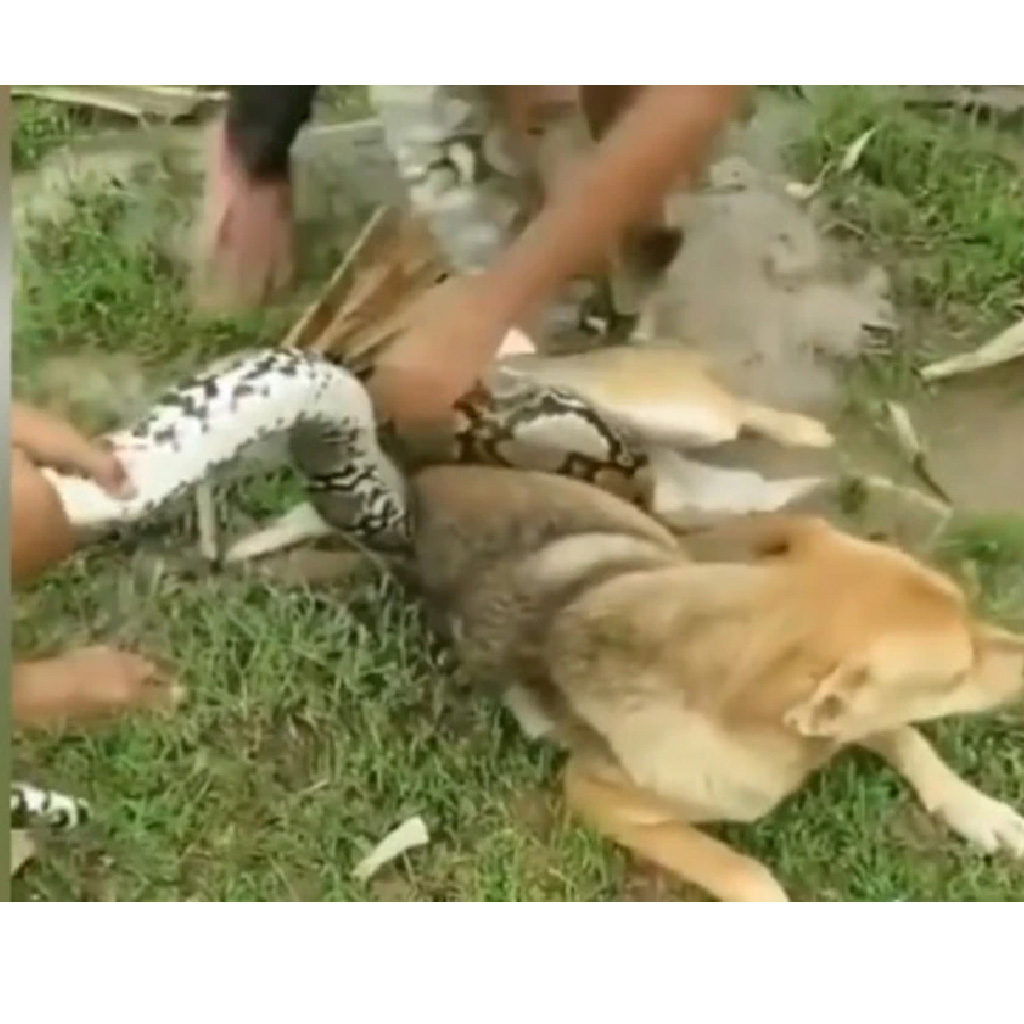 Brian Lewis, who had never seen a copperhead at his family’s house, was working from home when the attack happened.

“I heard Winnie (the dog) barking and suddenly I heard silence,” Lewis said. “And that is kinda weird. I go outside and my little dog is in the garage and she has her paw up and she is looking pathetic.” 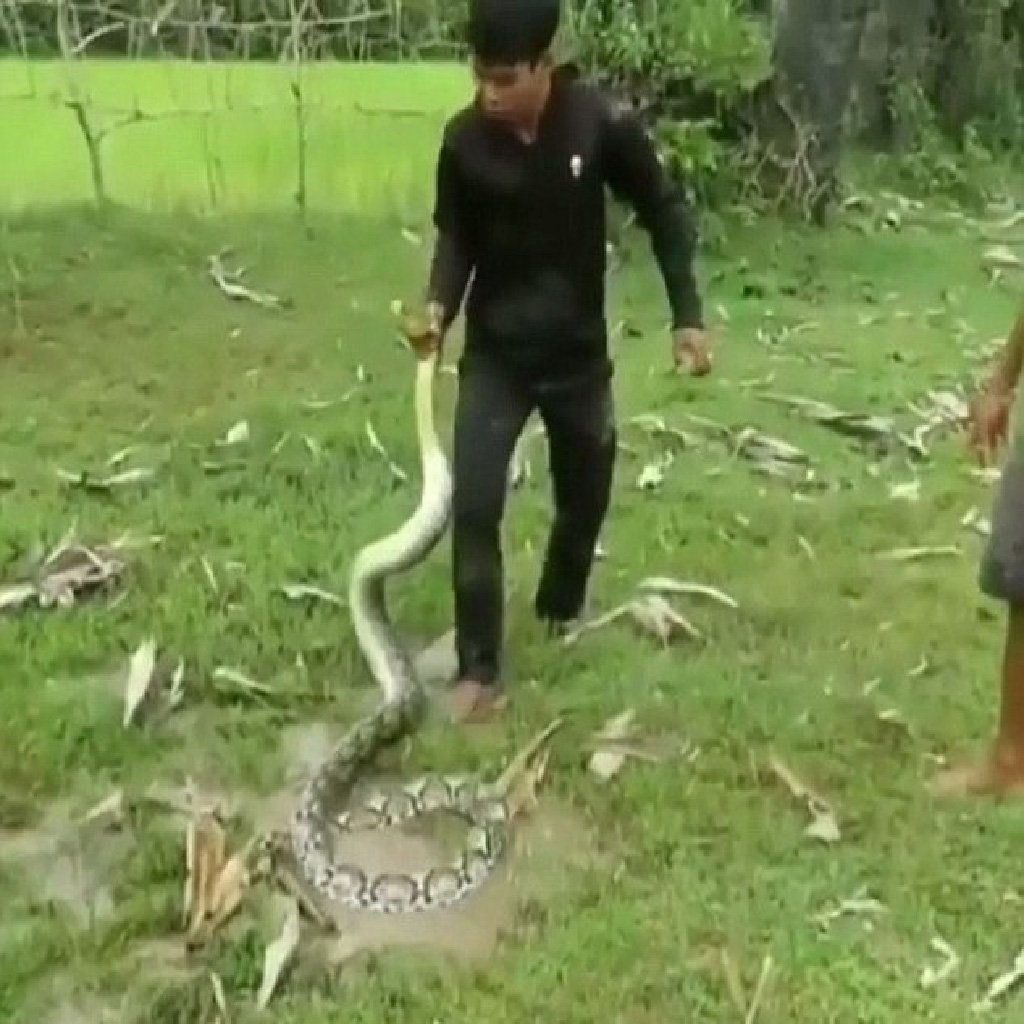 The older boy then silently and triumphantly holds the snake, which is wriggling by its head, its length exceeding its size.

People watching the video on network media were quick to praise the boys for their bravery.
One person wrote: ‘The things we would do for our furry friends, very brave of the lads, delighted to see the dog escaped unharmed.’

Another added: ‘Those kids should get recognition for their bravery and the love they’ve shown to their dog.’