Dogs are friendly, social creatures that form deep bonds with their family and other dogs. There is nothing more heartbreaking than a dog that has lost a family member or furry friend and can’t understand why.
We don’t know how a three-year-old pit bull named Merrill ended up at Rocket Dog Rescue, but sadly he did. Whatever his story is, it’s not so unusual since sadly every day unwanted animals are dumped off at shelters. The fortunate ones are adopted right away or taken in by rescues. His new friend was a tiny eight-year-old chihuahua, named Taco. 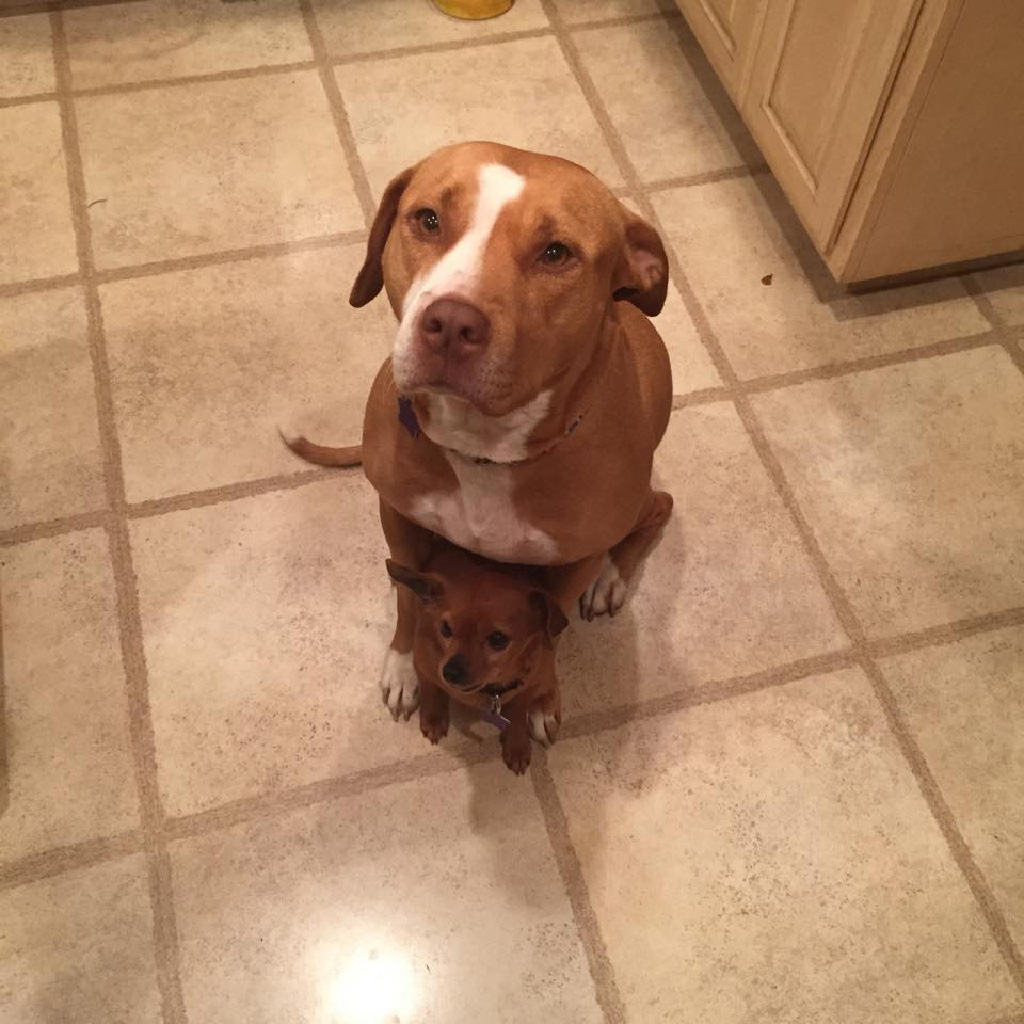 .Although they are very different in size, they were the same tan color and became inseparable friends. One has a tiny body and jumps about everywhere, but the other is huge and energetic They were together all the time, and if they ever got separated, they would cry. Soon enough, the shelter truly understood how deep their bond went. 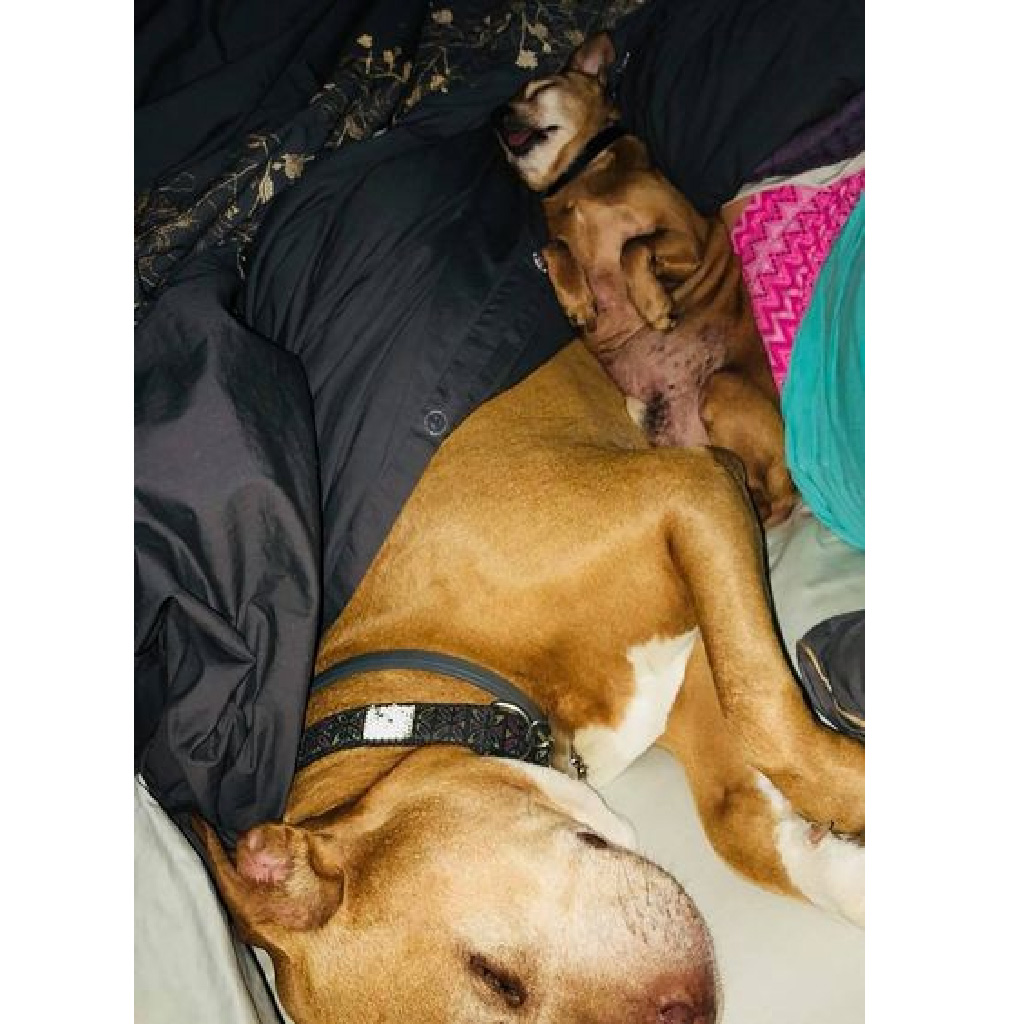 Volunteers understood that Merrill and Taco were best friends and were inseparable and would cry anytime they were separated.

The shelter knew they had to find a family willing to adopt both of them and shared on Facebook, “These two love each other more than any bonded pair the shelter has ever seen. They cry when they leave each other’s side. This dynamic duo has lost their family, their home, and now we can’t let them lose each other!”

It was difficult to find a family willing to adopt a pit bull and Chihuahua together, and so the volunteers shared Taco and Merrill’s story online in hope of finding one. They were blown away when the story and photo of the two went viral with 14,000 likes. 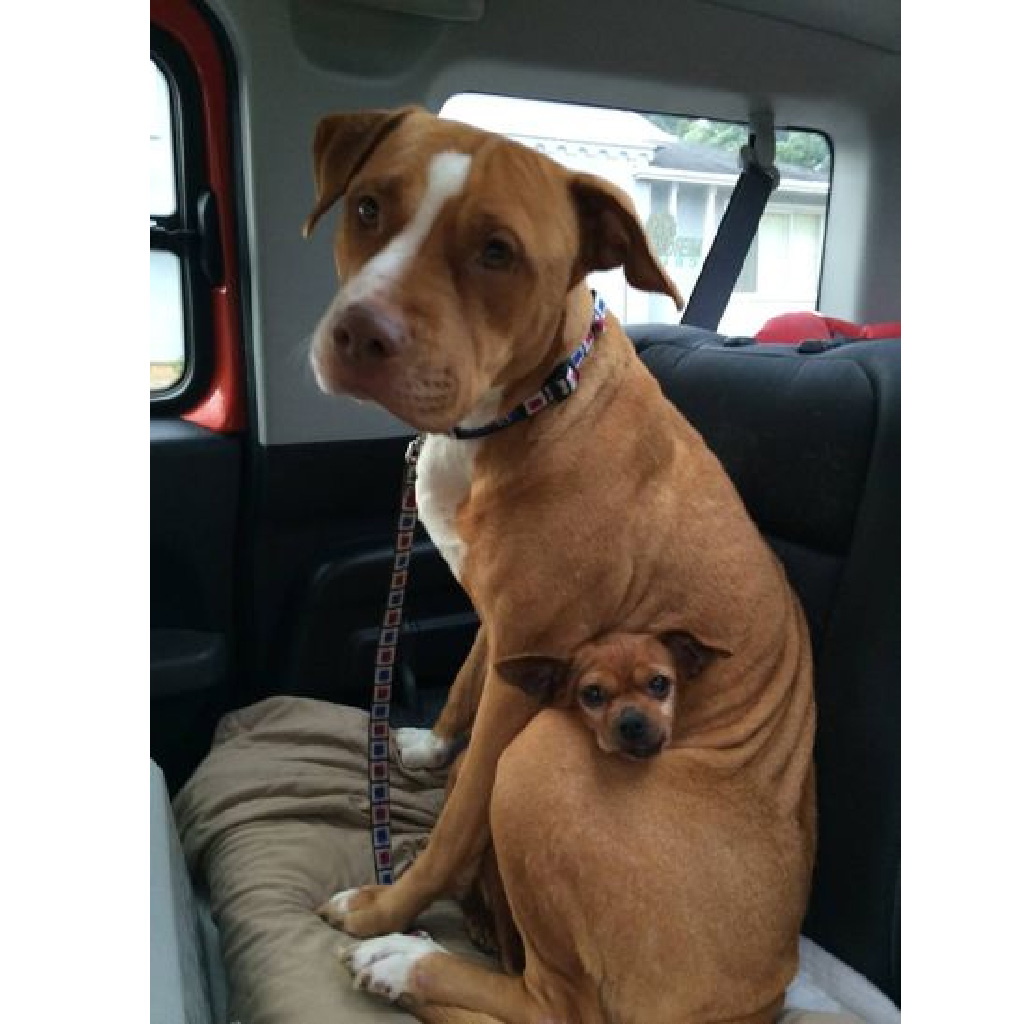 In the photo, Merrill was sitting in the backseat of her foster mom’s car when Taco poked her head through Merrill’s legs.

In less than a month the pair found their forever home in San Diego as their adopted family wanted to remain anonymous but decided to share photos of the two to let everyone know how they are doing.

” This beautiful pit bull wouldn’t leave the pound without the frightened Chihuahua she had protected. So the new owner adopted them together,” The shelter said. 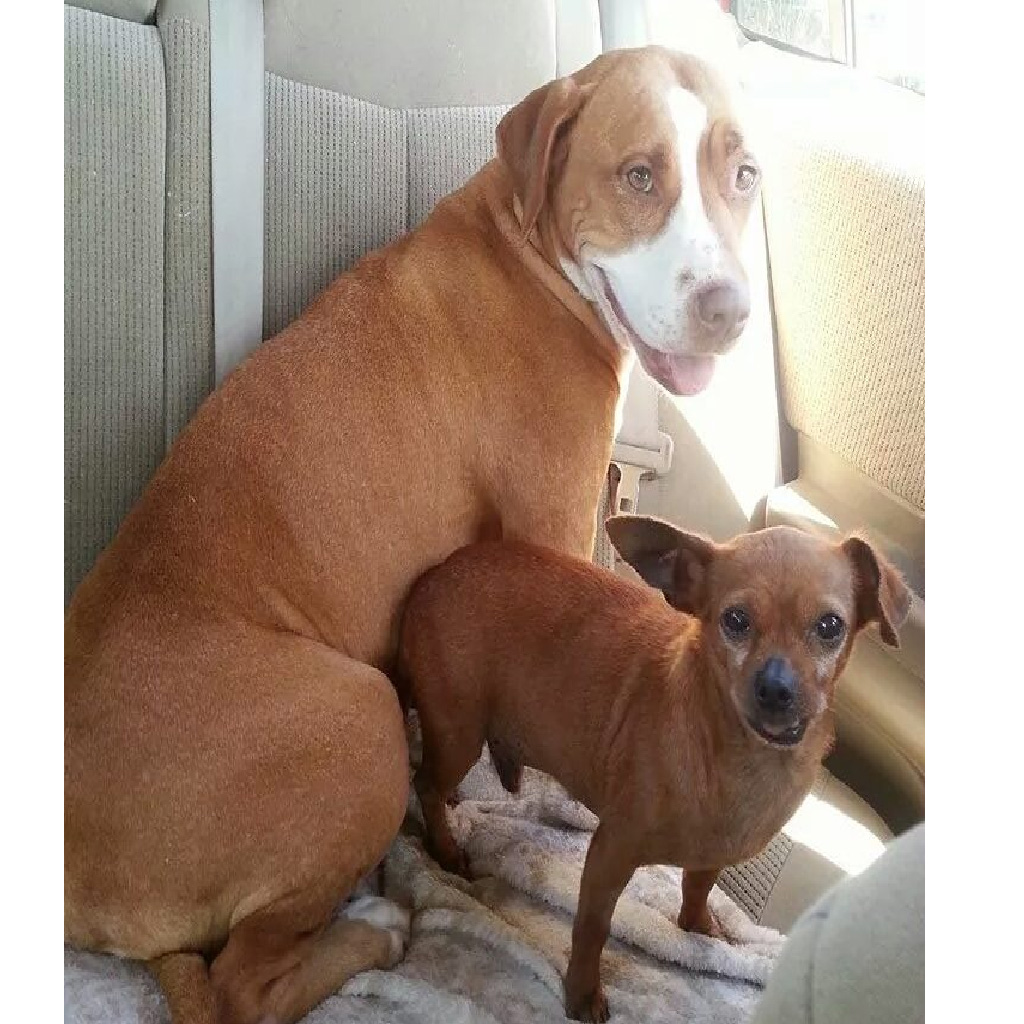