This is the moment a group of sunseekers had to rescue a stranded dog after spotting it paddling in the Atlantic Ocean.

Something caught the attention of Bryn Crowell and his friends while they were kayaking off the coast of Florida. They decided to slow down and turn around to see what the unusual object was in the water. 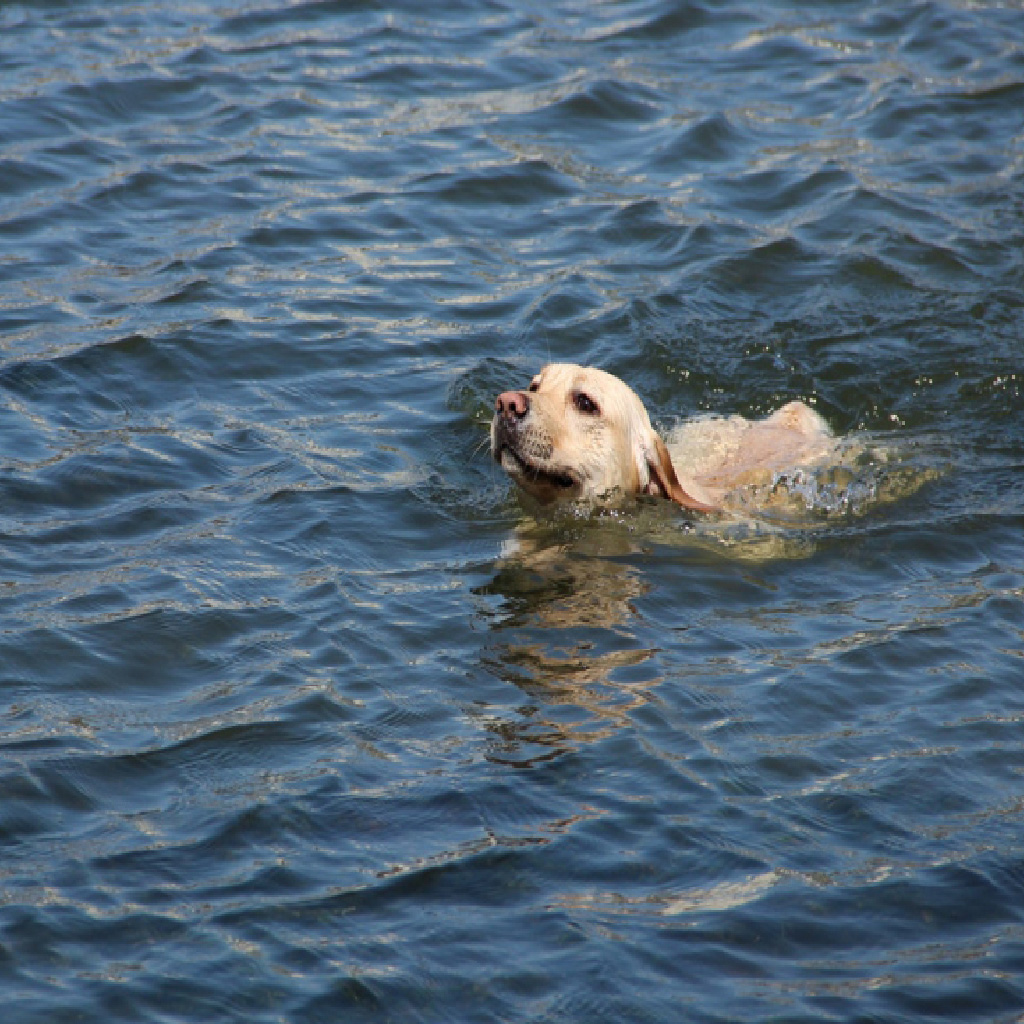 From a distance, Bryn and his buddies assumed it was a misplaced hat, but when they got closer, everything changed.

“My first thought was, ‘Woah, that hat looks like a dog,’” Crowell said. “Another second later, I realized it WAS a dog!”

Footage shows one of the people on board, Dylan Berian, quickly jumping into the water to grab the Jack Russell-type dog and pull him to safety. 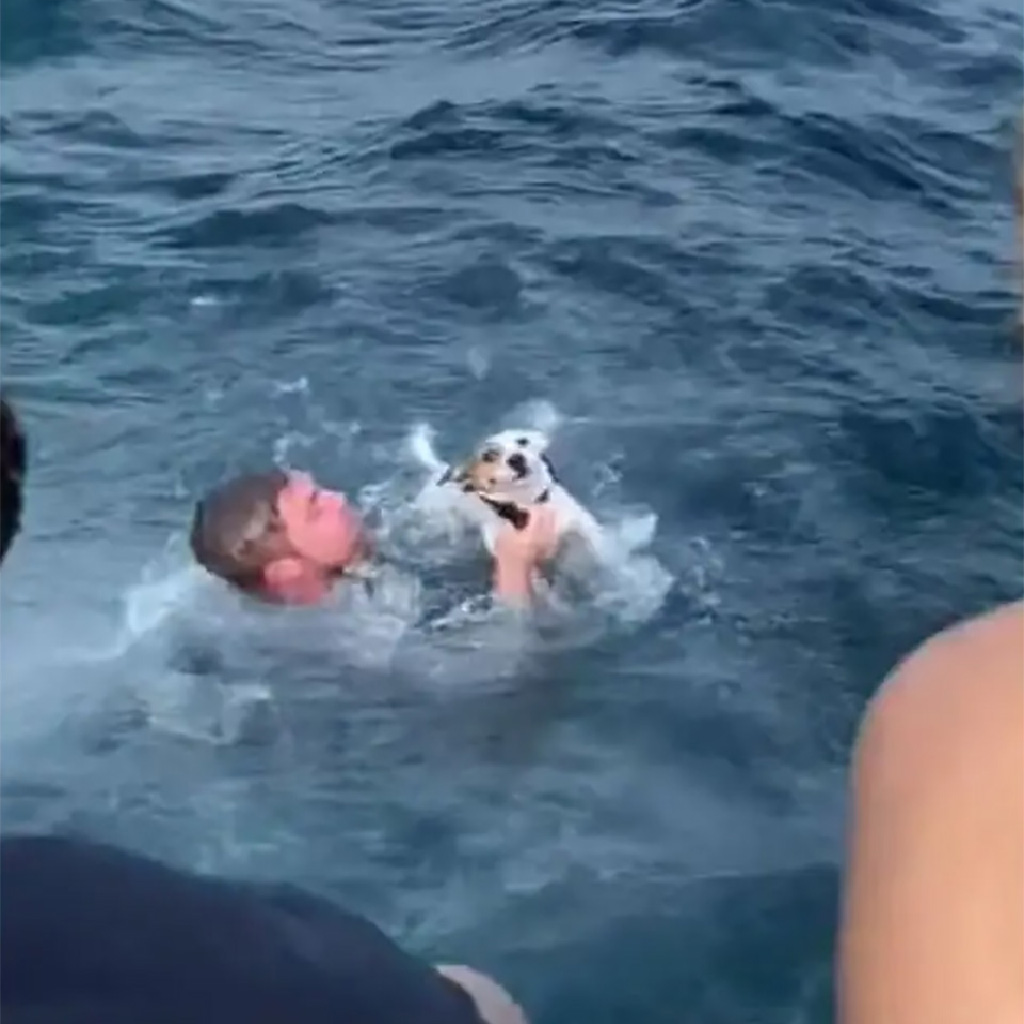 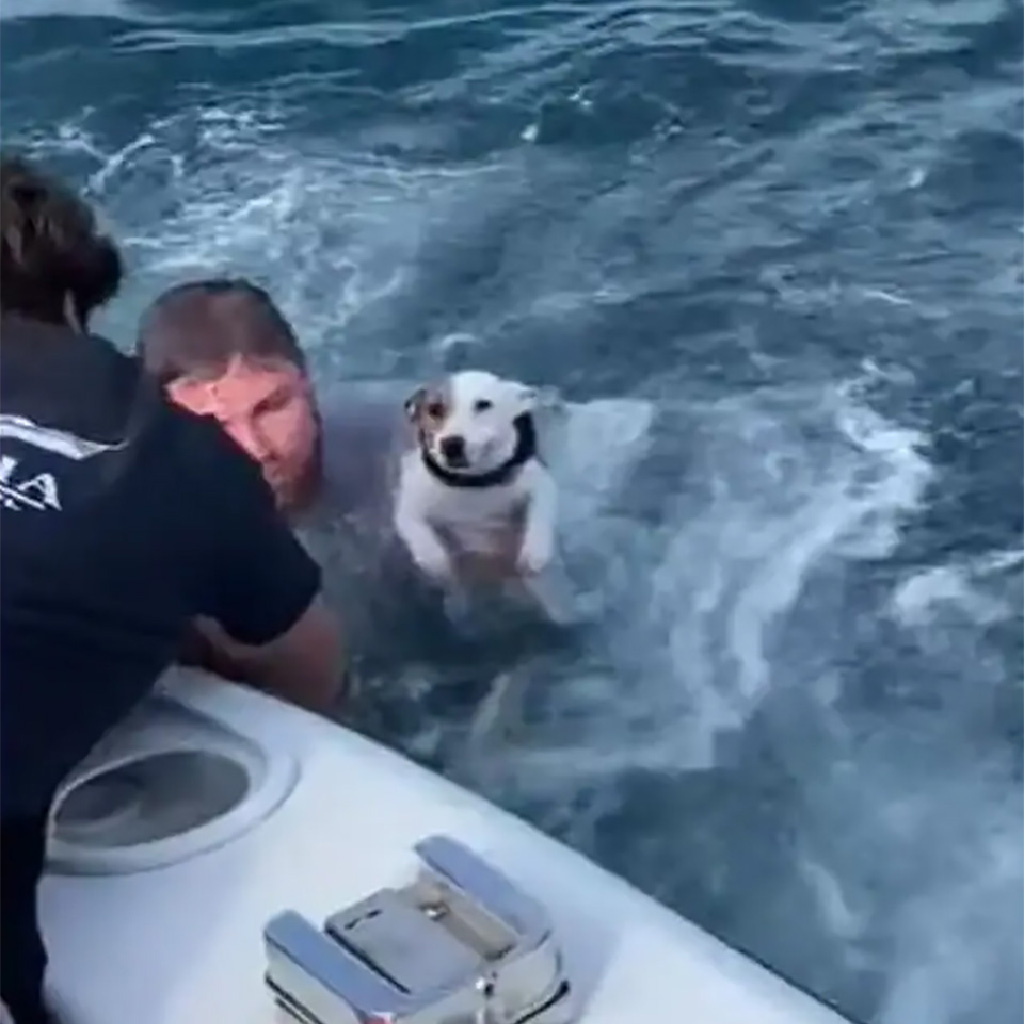 People on the boat can be heard shouting ‘quick grab him’ and ‘get him in the boat’ as they realize what is going on. 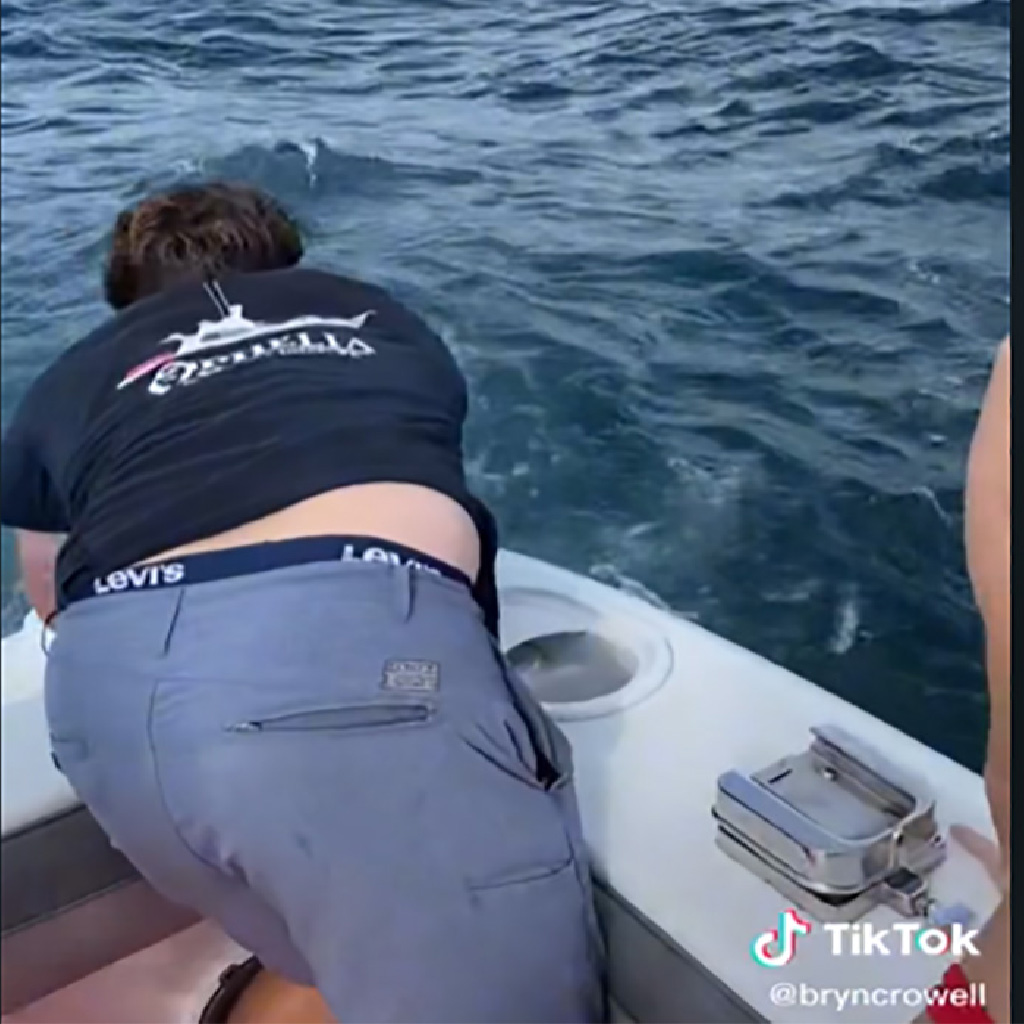 The terrified animal is seen shaking the water off its coat as others onboard try to calm the animal down.

Bryn Crowell, who was on the boat, filmed the incident and uploaded the video to TikTok, writing: ‘My friends and I saved a dog we found swimming alone in the middle of the ocean.’
After rescuing the dog, they went back to shore to contact the pet’s owners. 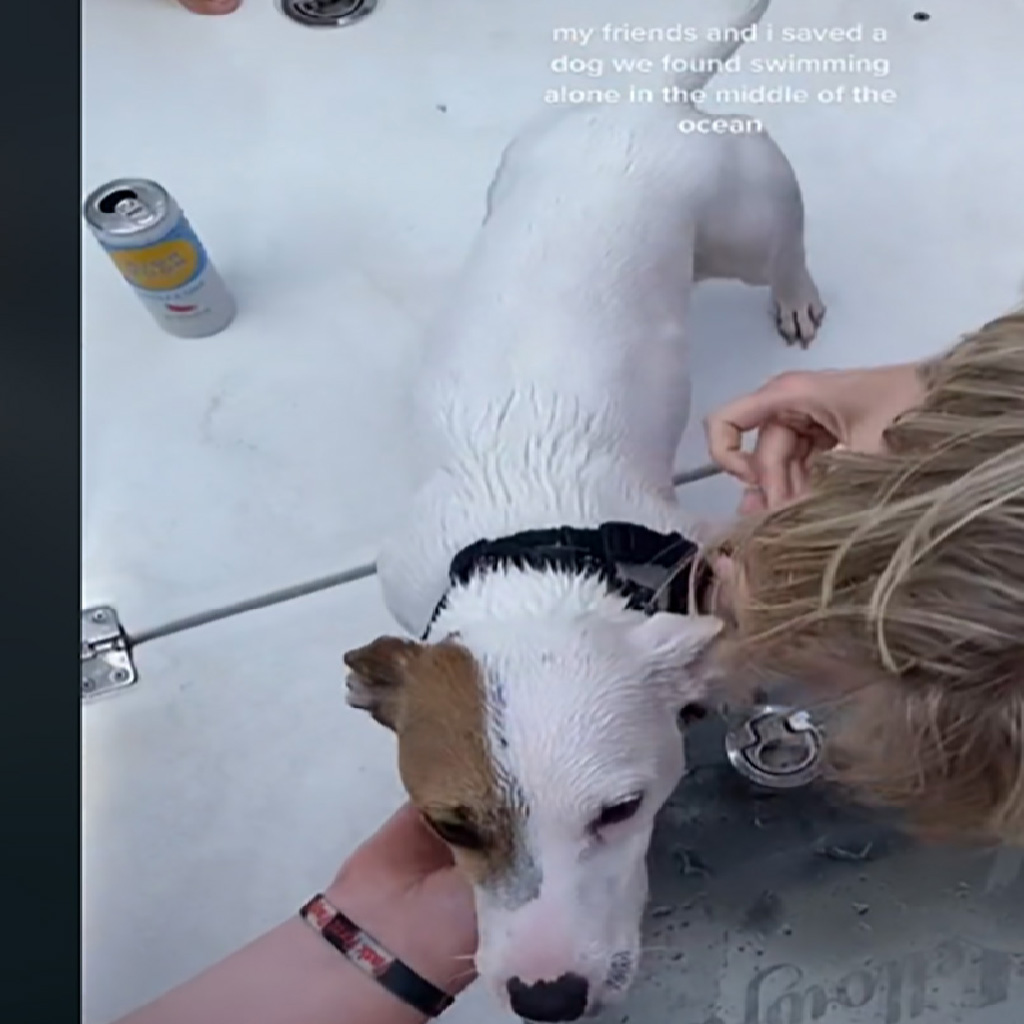 Turns out, Zuko’s owners were out on a boat that day, too. Somehow, their dog had managed to fall overboard without them noticing in time.

Thanking Jakob for rescuing the animal, the dog’s owner said: ‘Zuko is a puppy and still very new to being on a boat (hence the excitement).

‘He was hopping around in the back of the boat “biting” the waves that were passing by and I guess in one of those moments he must’ve jumped a little too high and jumped overboard.

‘Once we noticed he was missing we all searched the boat thinking he was hiding in one of the rooms with his bone (but we obviously couldn’t).

Thanks to Crowell and her friends, Zuko’s life had been saved.

“When we returned Zuko, we could see [his owners] holding him close and crying,” Crowell said.

The owners later messaged to express their gratitude and to explain how frantic they’d been when they realized Zuko was missing: 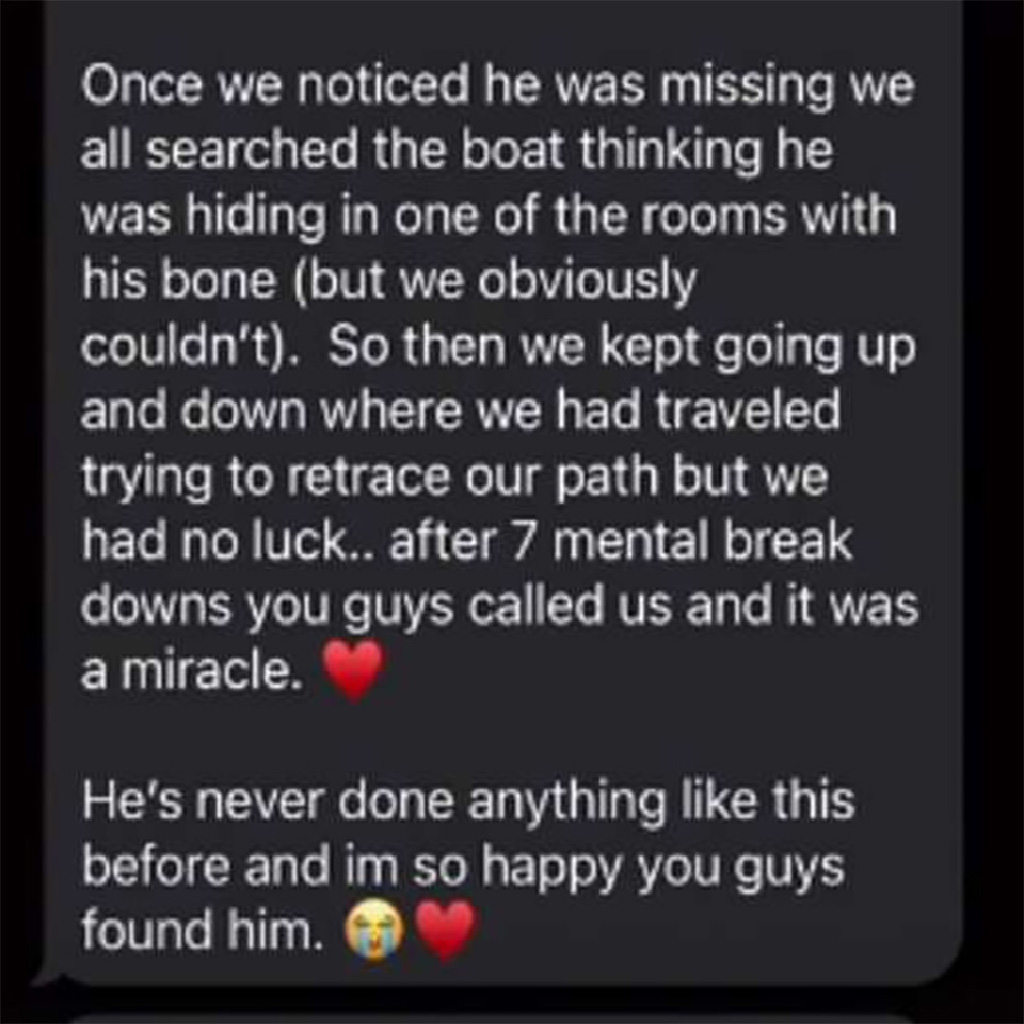