If you have a chance to go to the Bullock County Humane Society in Alabama, you can’t pass Speck’s cage without stopping to say “Hi” to him. Speck may be a simple dog, but you will never forget his interaction with you

Meet Speck’s – who has been a resident at the Bullock County Humane Society since autumn 2018. Before moving into the shelter, he was a stray living on the streets. Just taking a look at the scars on his face, you may know the dog had a tough life in the past. But even after everything that had happened, he is still a sweet and gentle dog. 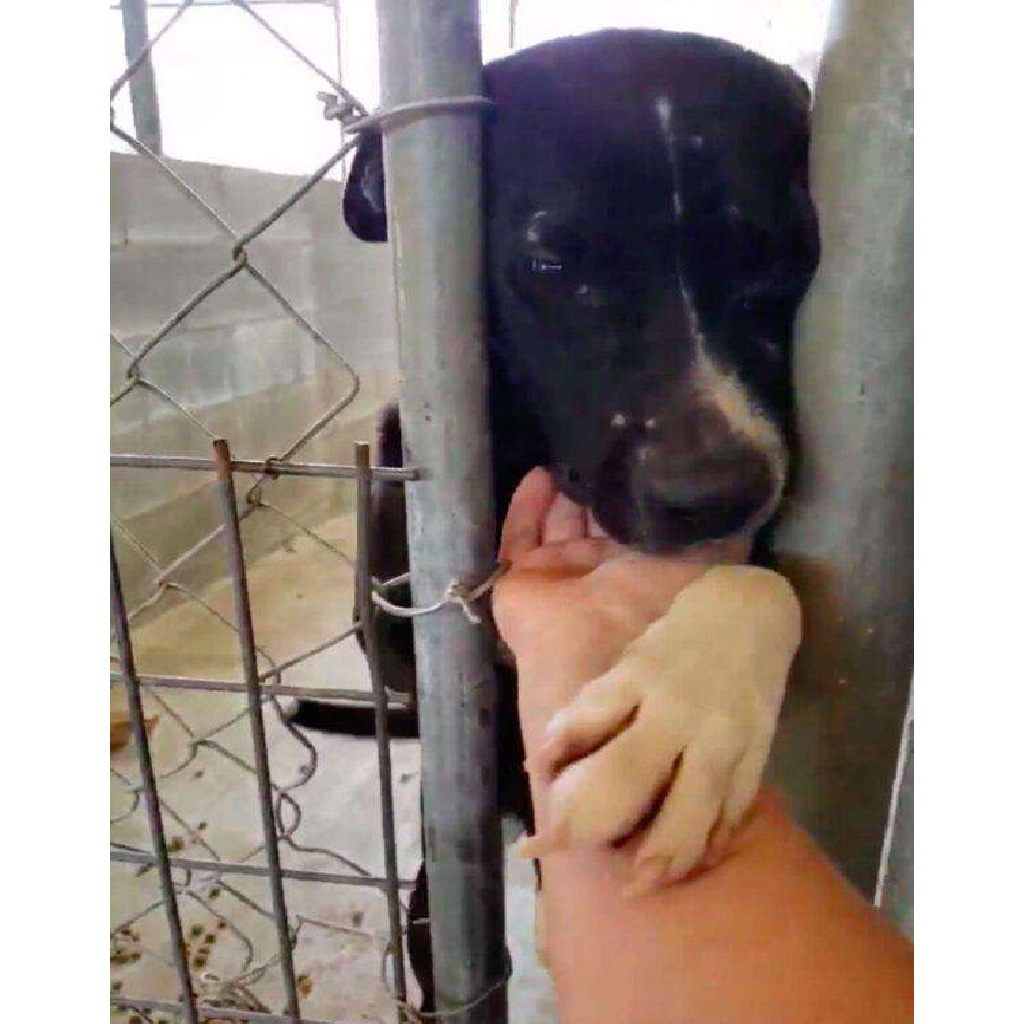 The pup sees someone approaching, he pushes his face between the metal bars and reaches out his paw without stopping to say, “Hi.”

“All he wants is people love,” Desiray Miracle-Wilder, the shelter’s director, told. “He will reach his little hand out and he just wants you to touch him and hold his hand. And he’s so sad when you walk off to finish cleaning or whatever you have to do.” 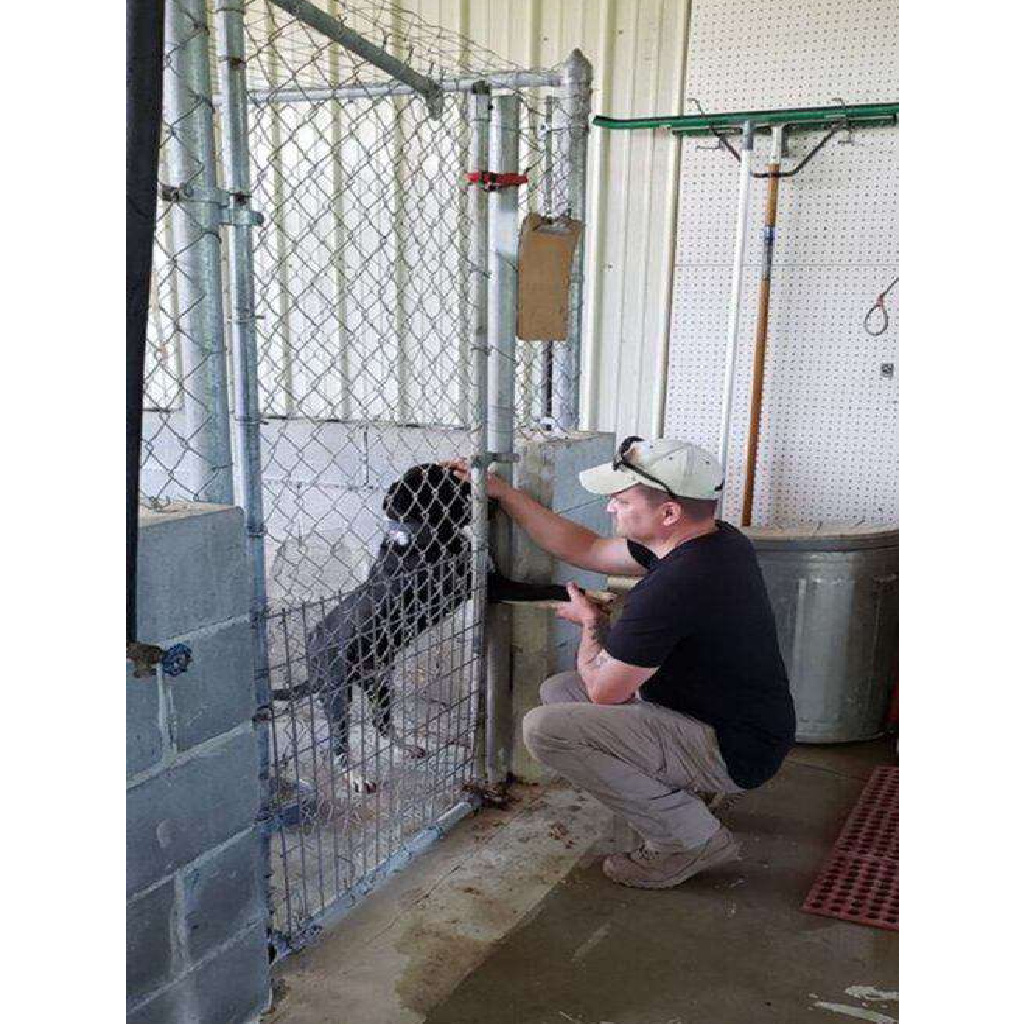 Speck has sat unnoticed in a small kennel in the Alabama shelter for a year and a half waiting for a family to choose him. He always reached out and tried to touch everyone who walked by. Amazingly, there were no takers. And while he’s fine around other animals, it’s people’s attention he really craves.

“You could put anything else around him — another giant dog, a cat, but he is just so fixated on getting love from people that he doesn’t care about anything else,” Wilder said. 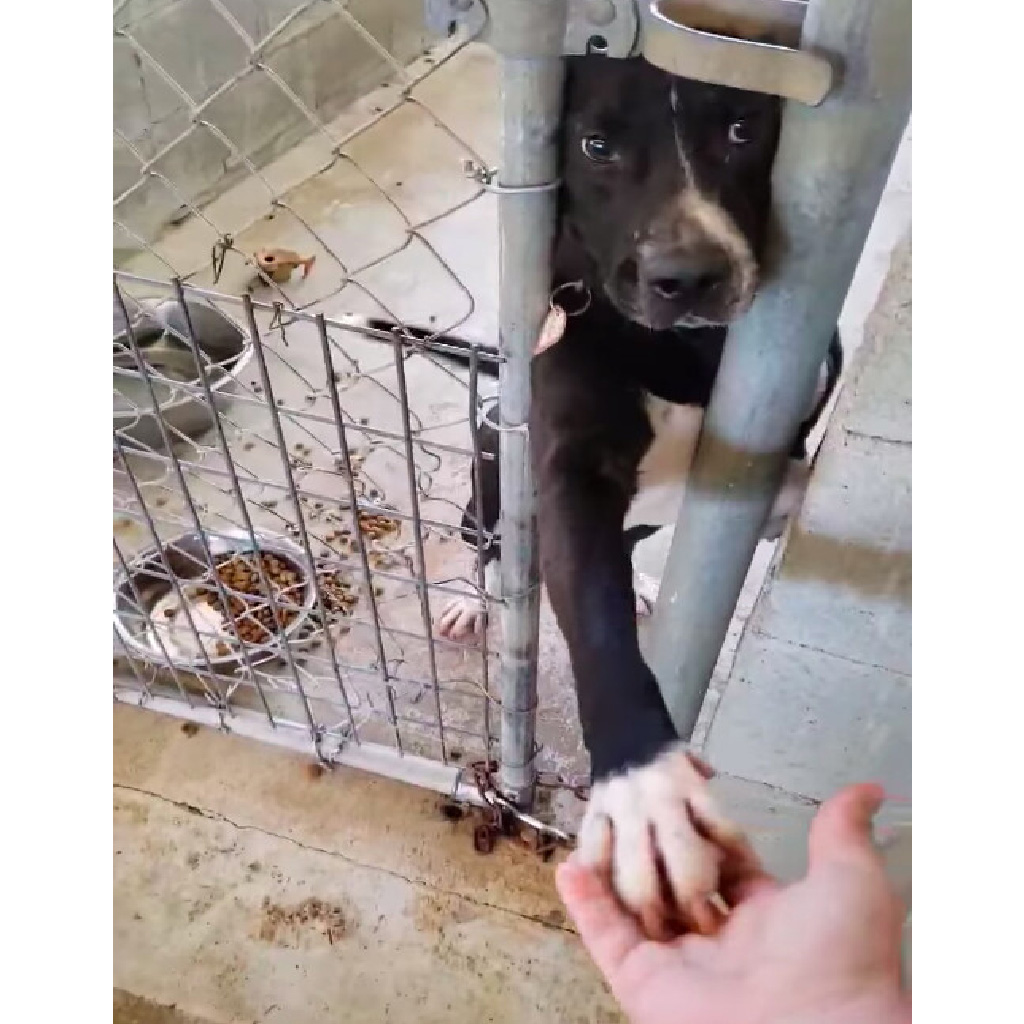 Speck wants nothing other than to have a human of his own to cuddle with and give him some much-needed affection.

“He just wants you to touch him,” she added. “If you sit down, he’s laying on you, if you hold his hand, he’ll hold your hand, if you scratch his belly, he’ll roll over.”

Early in April, Wilder couldn’t take it anymore — she needed to find a home for this worthy boy (she has dozens of foster animals herself but still makes time to play with Speck). Hoping to drum up some interest in Speck, she posted the video on her Facebook page, and the clip quickly went viral, gaining 96,000 views in just a few days.

Speck’s video caught the attention of Allie’s Hope For Paws Dog Rescue, who helped connect the shelter dog with an amazing adopter.

“He will be running on a 26-acre farm with Mike, his family, and two fur brothers!”

After all, Wilder is hopeful that Speck will inspire people to open their hearts to homeless dogs like him.

“We are so excited. Not only did Speck get adopted due to this video of his cuteness but he also helped a few other fur babies get rescued and he got us some food donations,” Wilder said.