A donkey who was saved from floods in Ireland on Sunday “smiled” for his rescuers after being pulled to safety.

Last Sunday a donkey, desperately stranded in a flooded river, was spotted by Suzanne Gibbons in Kilorglin, Ireland. The stranded animal – named Mike – was found alone and in desperate need of help as water levels rose in Killorglin. The woman shared a post on her Animal Heaven Animal Rescue (AHAR) Facebook page asking for help. 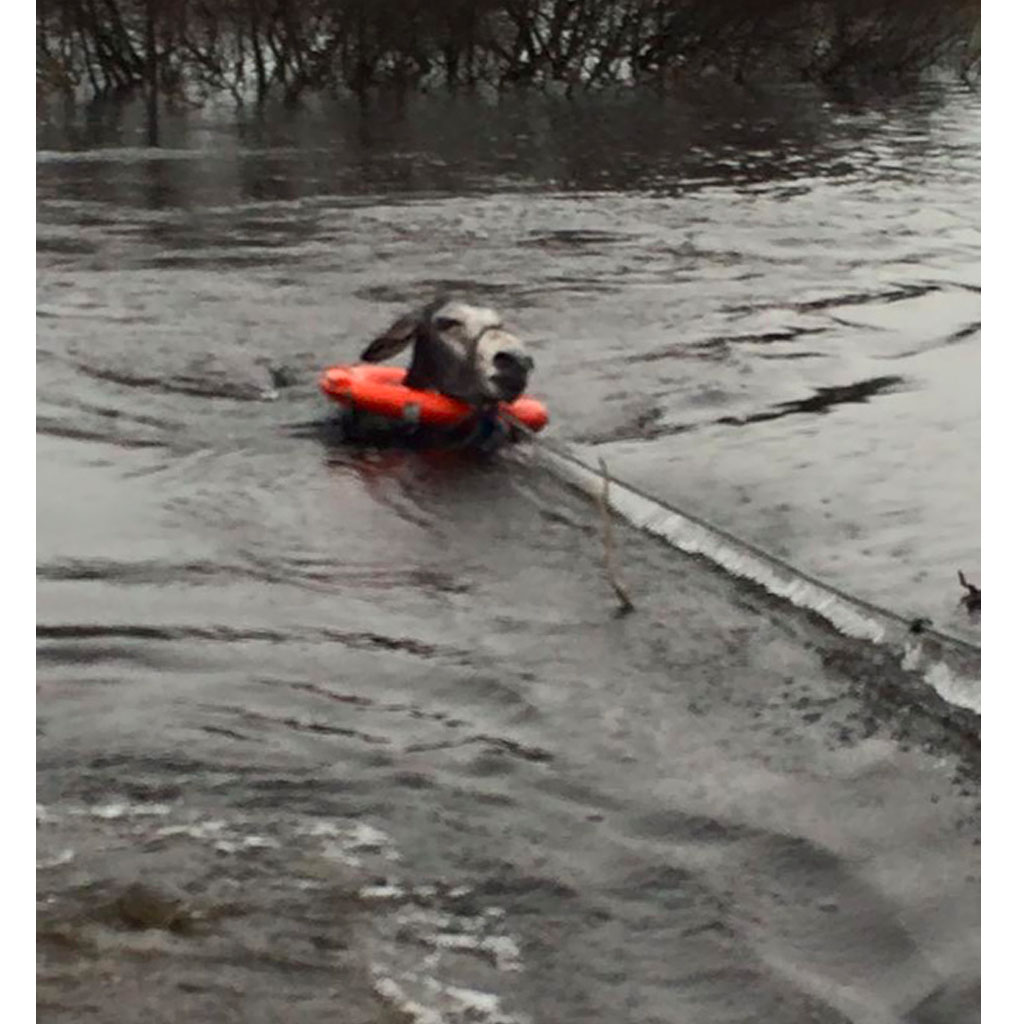 Luckily, Mike Fleming of the Killorglin rowing club responded and came along with his boat. 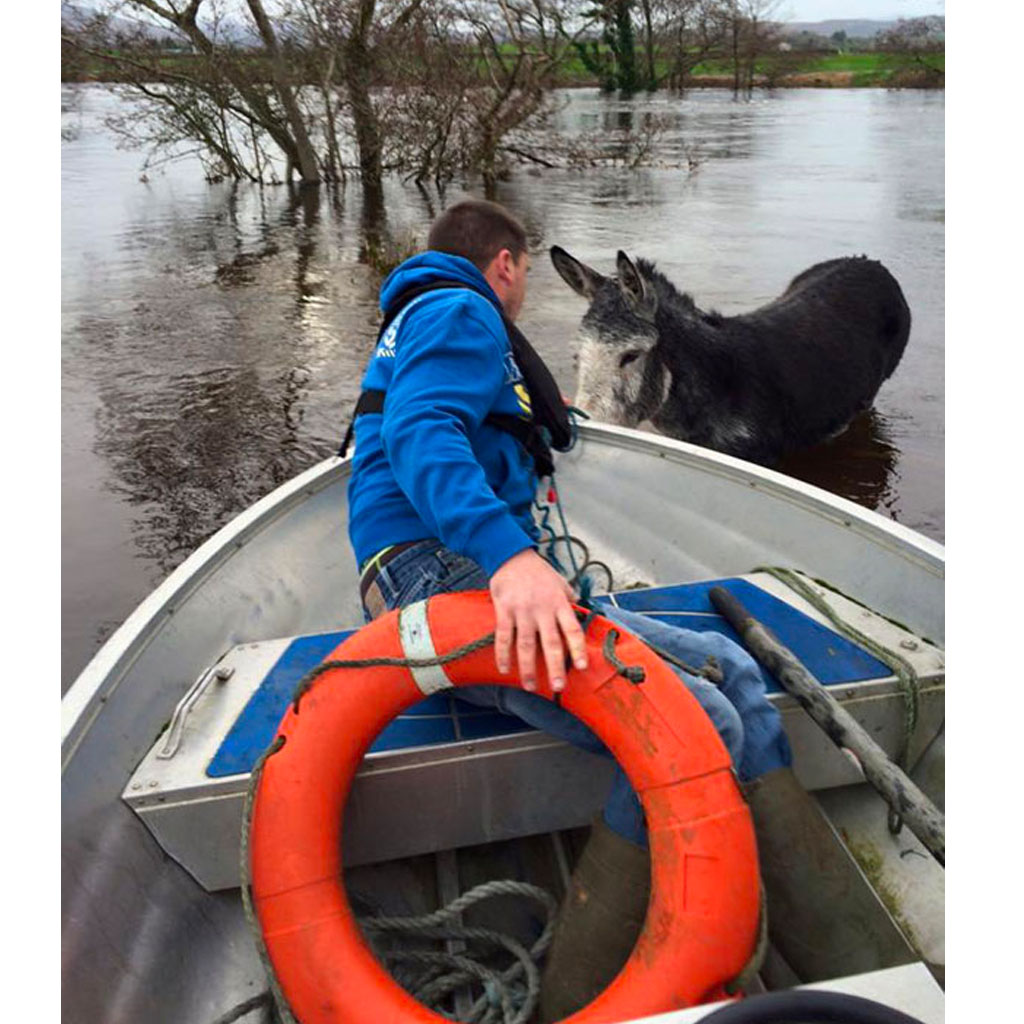 “He was my last chance and phone call to beg for a boat,” wrote Gibblings who can’t swim. “I knew straight away he had the guts to do it. No negative attitude just come on girl we’ll give it a go.” 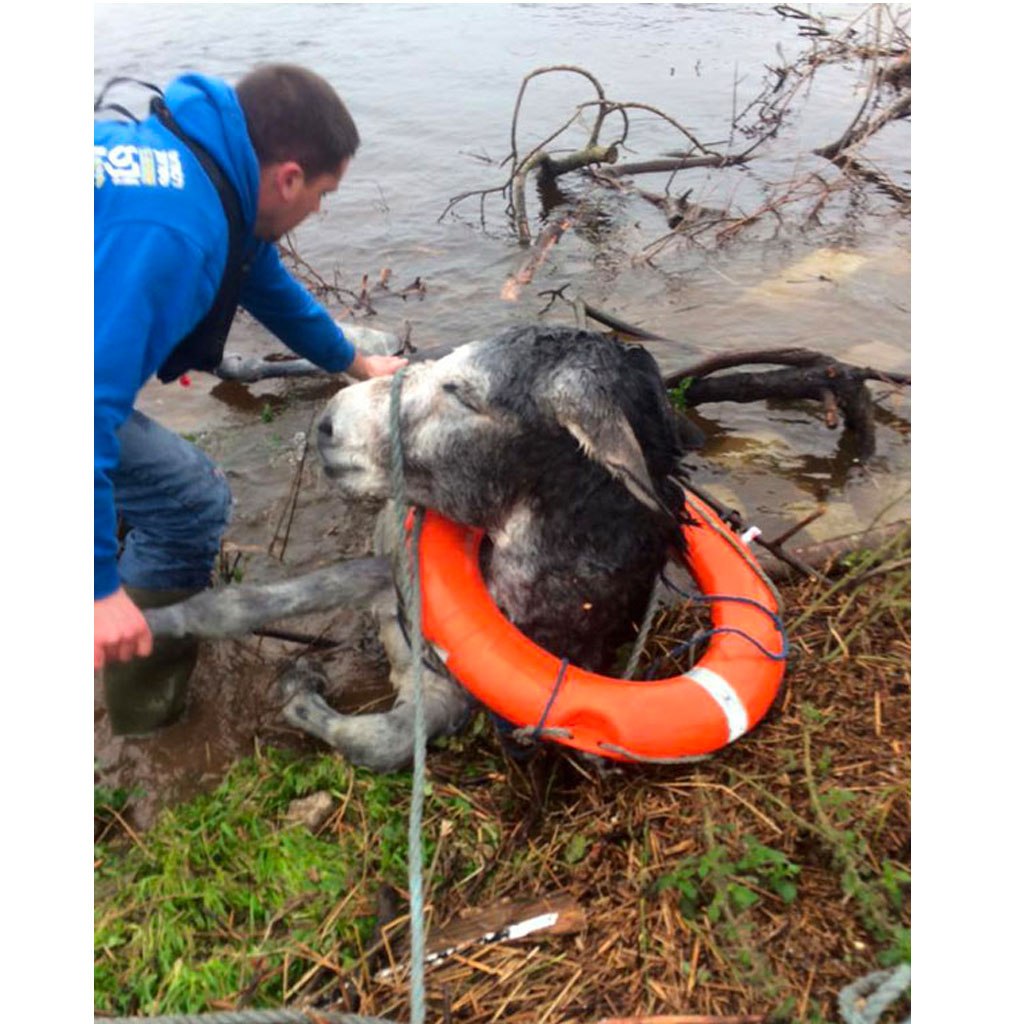 When the donkey was found, the team from AHAR placed a lifebuoy round the animal’s neck and pulled him to higher ground.

After being rescued, he surprised everyone with a wonderful smile! The donkey has a loving owner and is well taken care of; he only escaped from his stable because the wind blew-open the gate. 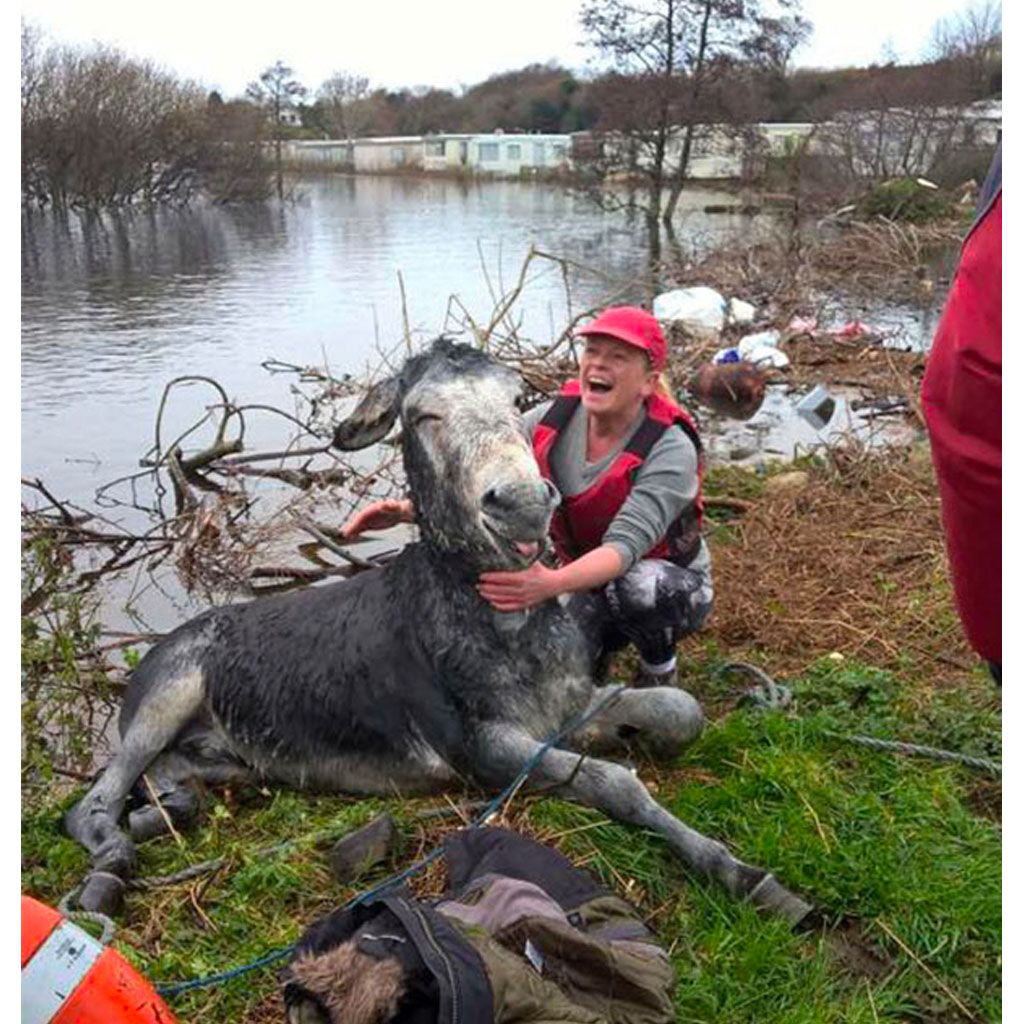 AHAR posted on Facebook: Never say something cant be done just do it. Declan and Mike were beyond brave. So many people told me don’t do it. It cant be done . 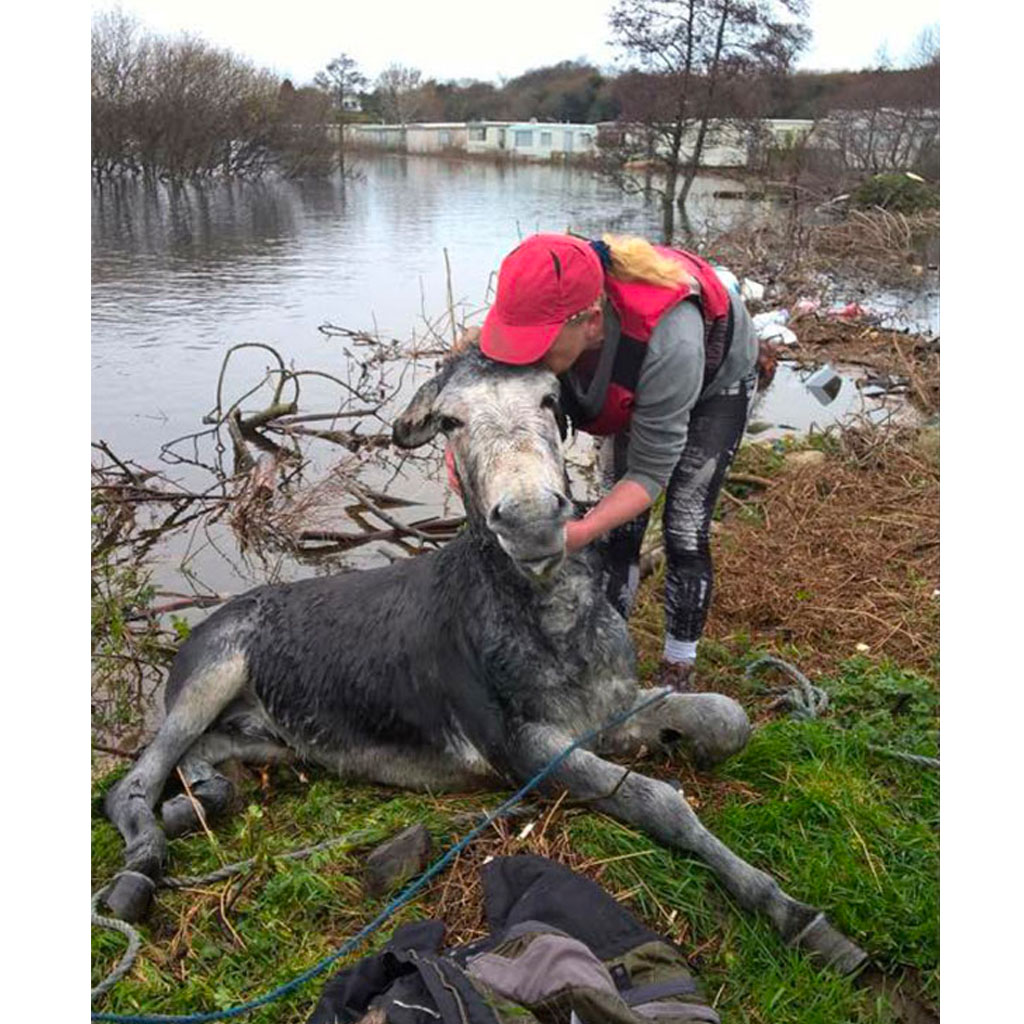 “You can’t swim, you’ll get not live. These two men just said ok girl lets give it a go. I love you both for what you did today. My hero’s xx” 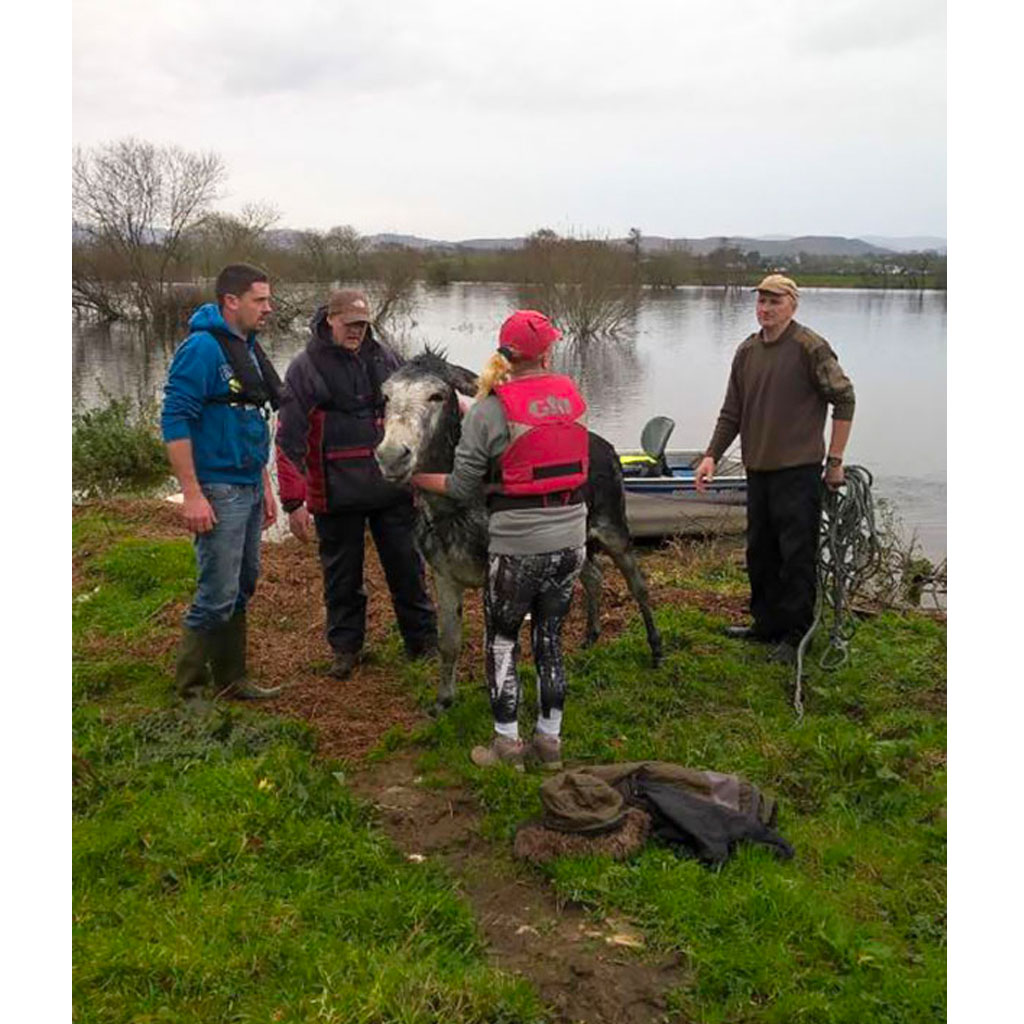 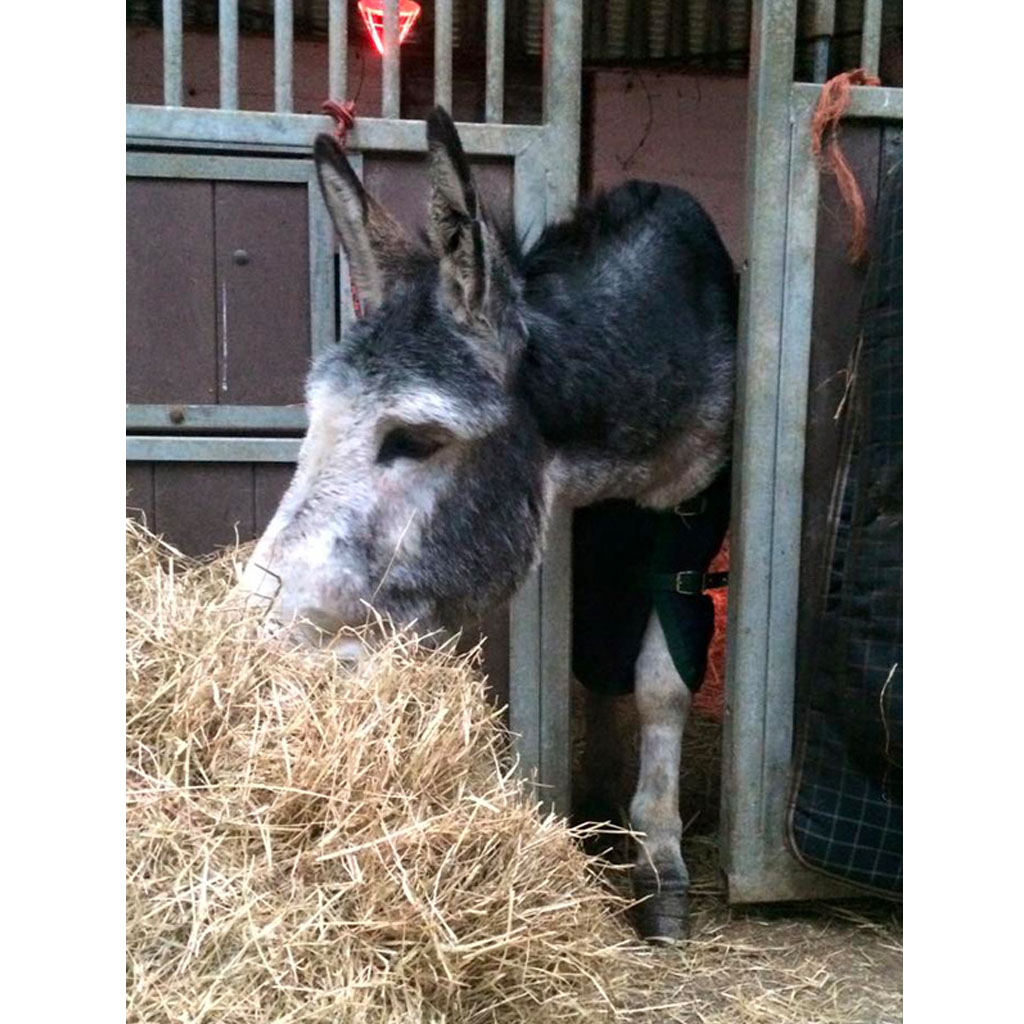