Two men experienced a real ordeal during a regular fishing trip when they spotted two strange shapes in the water. When they got closer, they discovered that the two shapes were actually two bears trying to swim. The fishermen were immediately alerted. The water was freezing. Their first instinct was to rescue the baby bears. No doubt. But it wasn’t that simple. They had to be sure they weren’t in danger. The cubs had a mother, and mother bears are very protective. 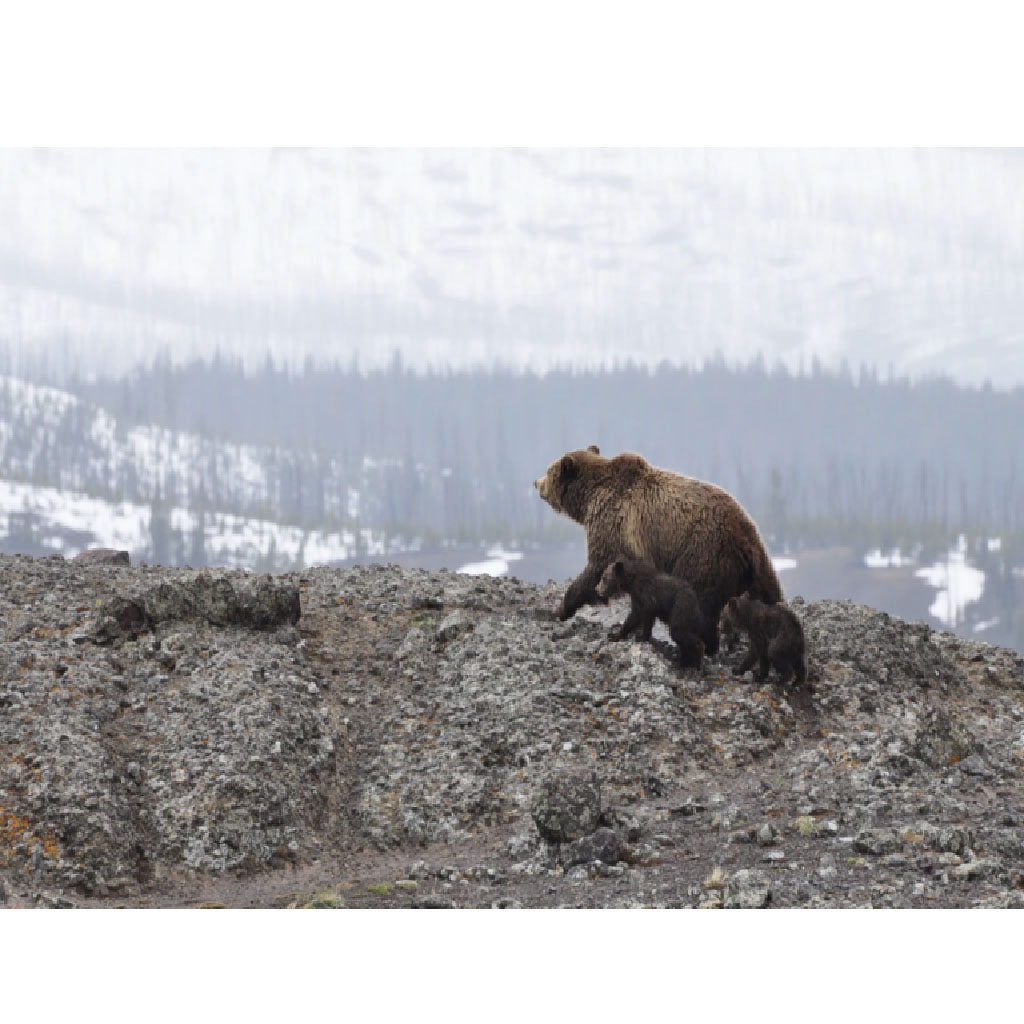 The mother bear had overestimated her tiny cubs swimming abilities and they were literally sinking when the tourist boat rushed to their aid.
Heartbreaking footage shows the bear cubs were terrified and desperate as they frantically tried to make their way to the fishing boat. 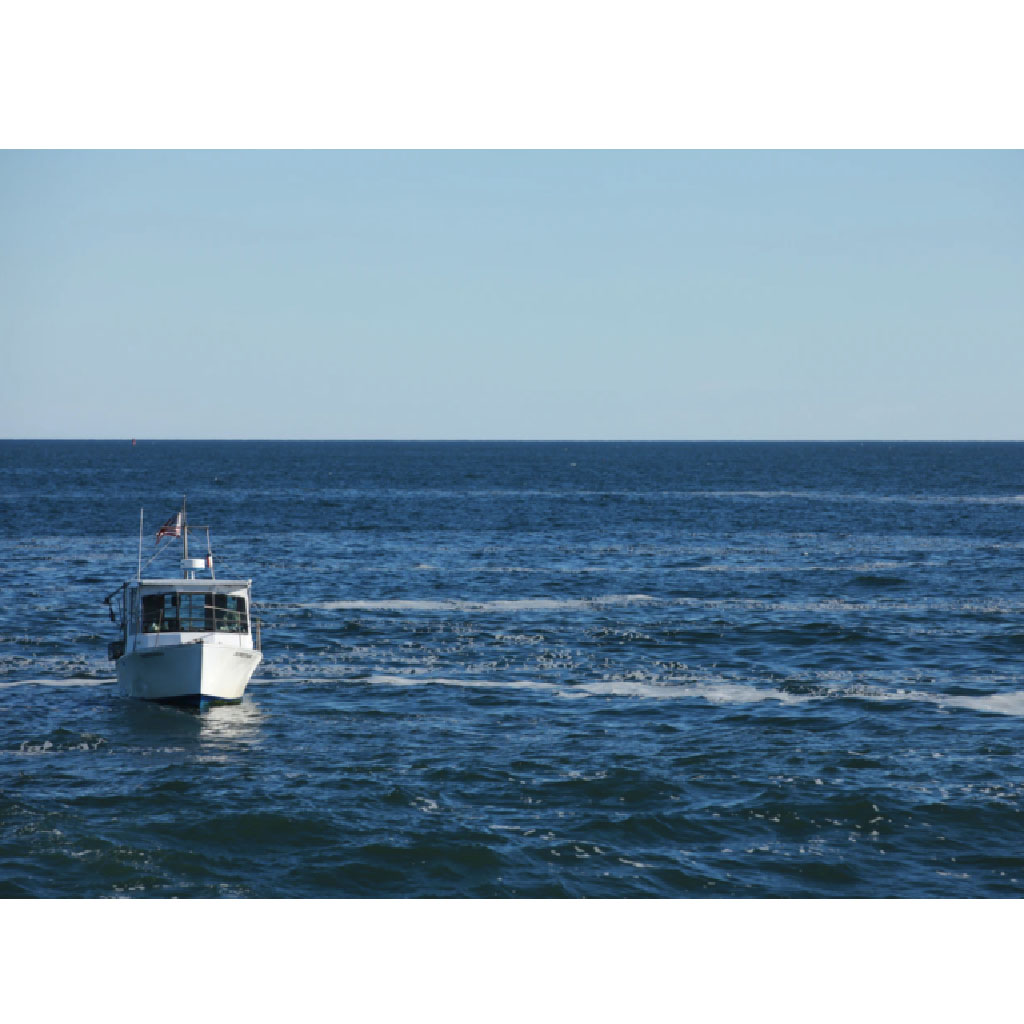 Ruslan Lukanin, from Moscow, said: ‘They had swum[across the lake] with their mother. But she overestimated her strength and swam away. “

There was no time to waste! The water was too cold and the bears were too small to get out on their own. Then one of the cubs got really close to the boat to stick its determined paws over the side. It clung to the boat with its mouth and tried to pull itself up. He tried with all his might to save himself but kept sliding back into the water.

The two men searched for the mother in the water. When they approached the babies, they found nothing. But then, one of the men noticed a large bear on the shore watching the cubs. It must have been their mother!

“The cubs began to sink. We picked them up and dragged them to the island to which their mother had swum. “ 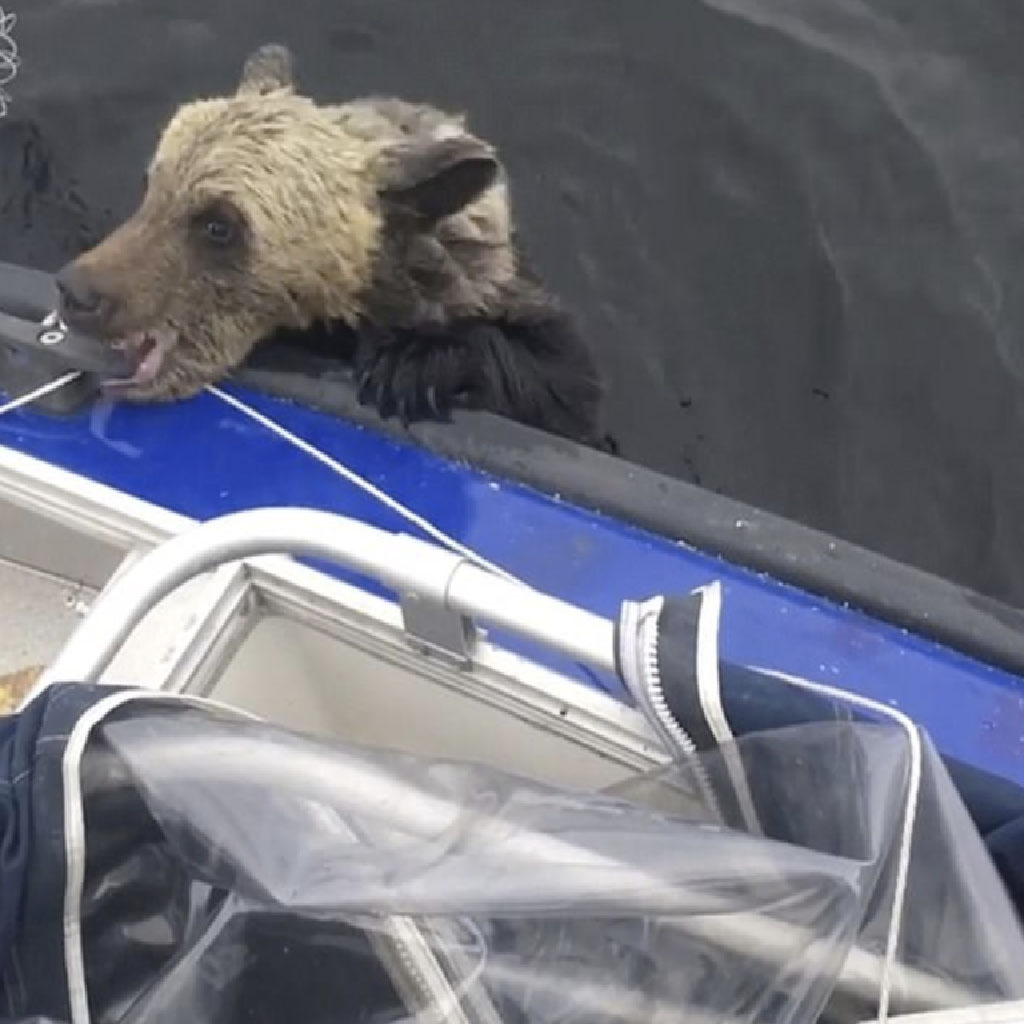 The men talk back to the cub, encouraging it as if it was a human child. One says: “Take a rest, little one, take a rest. Hold on, hold on. But what if it he bites us?”

His colleague adds: “No, he won’t, he’s just clinging on for his life.” The bear cub can then be seen appearing the hold onto the boat with its paw. 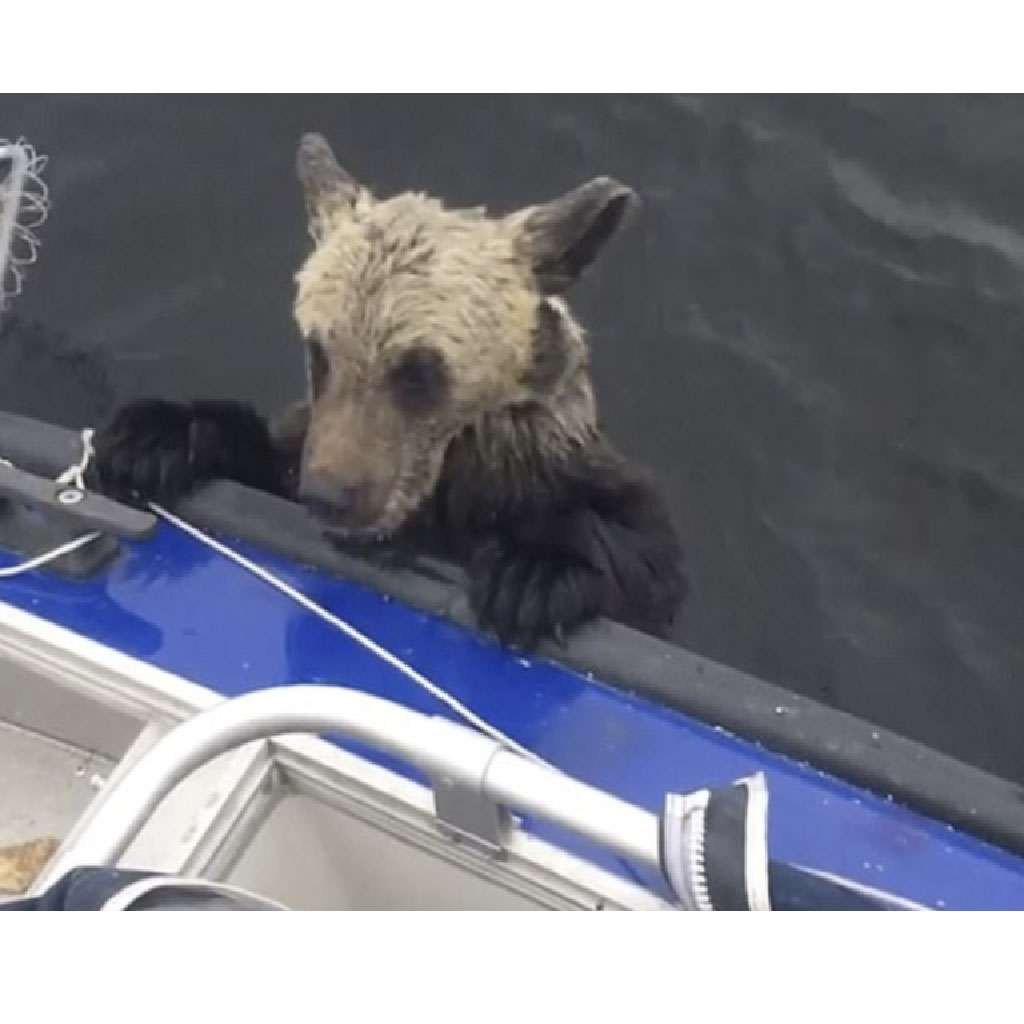 The bear cub finally managed to clamber on board the boat. The second bear with a dark face is then lifted out of the lake and carried on netting on the boat, totally exhausted from its ordeal in the water.

The heart-warming film and pictures highlight how the frightened bears placed their total faith in the tourists in a boat on Lake Vygozero in the Karelia region of northern Russia.