The bond between humans and wild animals may seem conflicting but many-a-time we have come across heart-warming images and stories that suggest otherwise. A recent story that has gone viral shows a cute elephant cub getting away from its herd to help a man, even though he doesn’t require much rescuing. 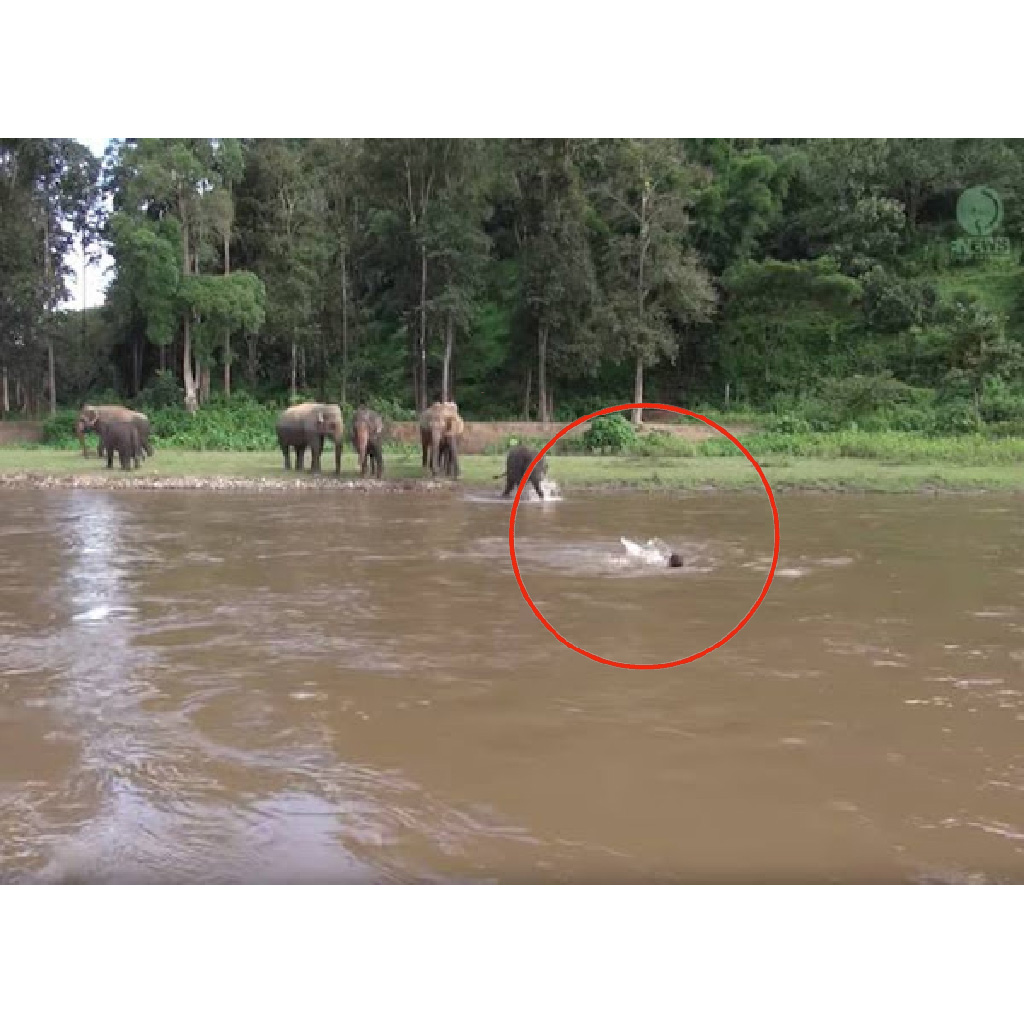 Kham Lha is one of the youngest residents at Elephant Nature Park, a sanctuary for pachyderms in Thailand. There, she’s formed a remarkable bond with one staffer, in particular, a man named Darrick. So strong is her affection for him, in fact, that she’ll leap to the rescue at even the slightest hint that he’s in danger. 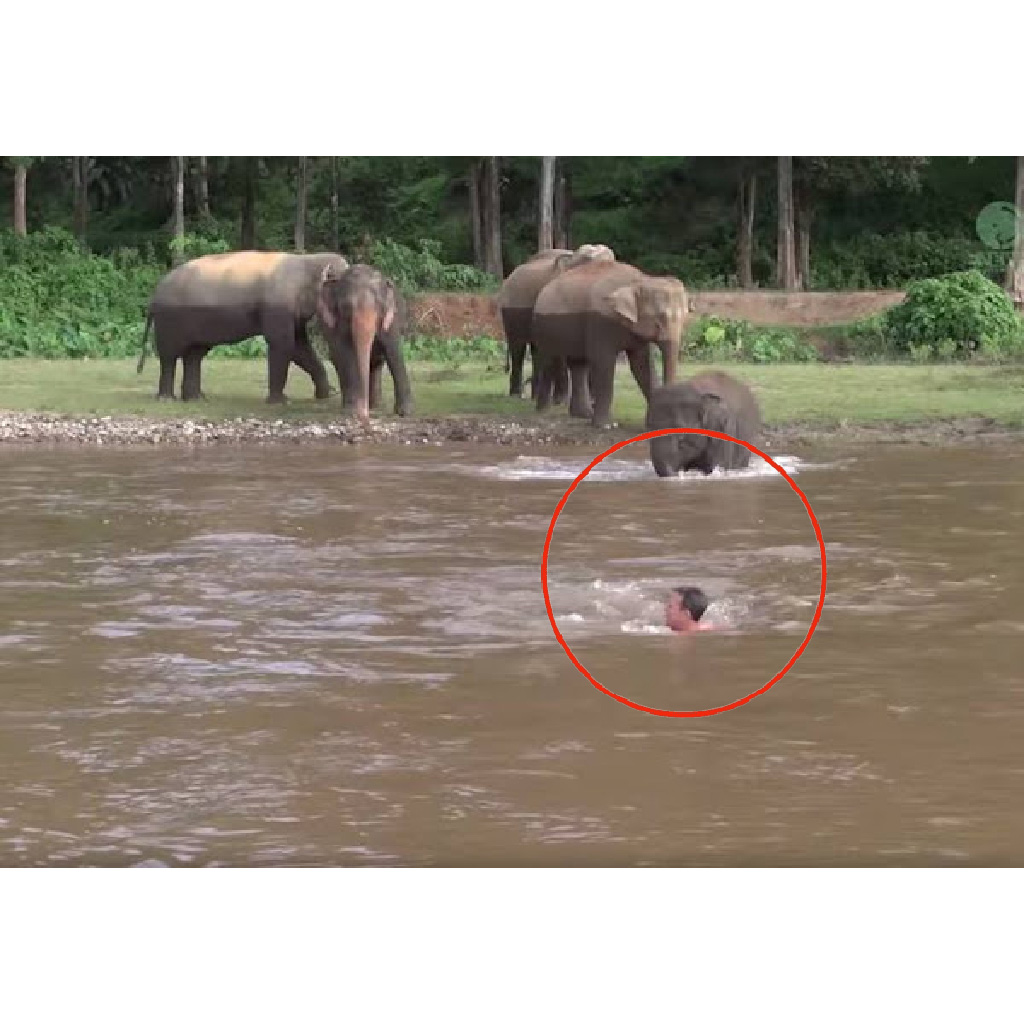 Thinking that he might be [ᴅʀᴏᴡɴɪɴɢ] the little one rushing into the water to save him, however, the video clearly shows that Darrick was swimming fine. But what happens next when Kham Lha comes closer and holds Darrick by her trunk will melt your heart. 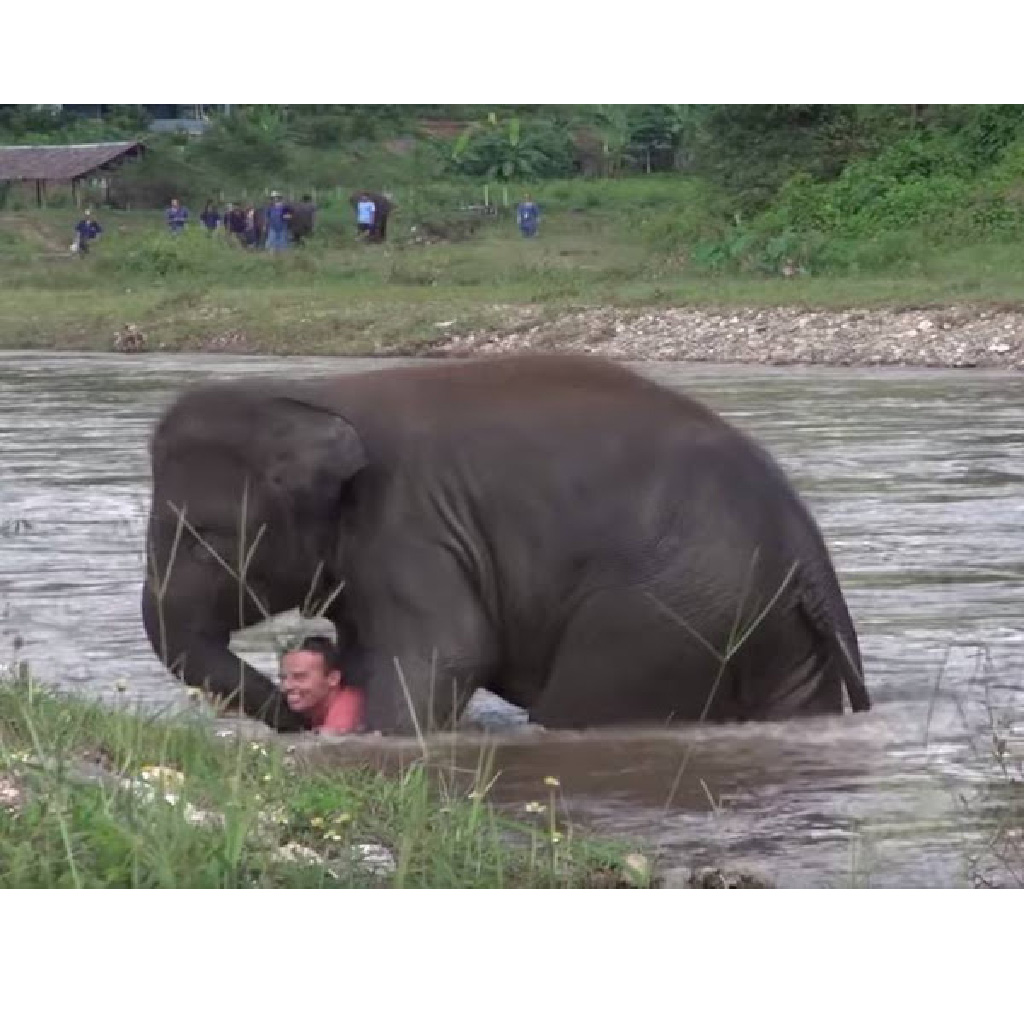 Here is a heartwarming moment where a little elephant simply adores her favorite human – and she’s not about to let anything bad happen to him. This isn’t the first time Kham Lha’s appreciation for Darrick has been captured so clearly. Indeed, we’ve seen that he simply has to call her name and she’ll drop everything to run and greet him. But there’s a good reason why she cares for him so deeply. 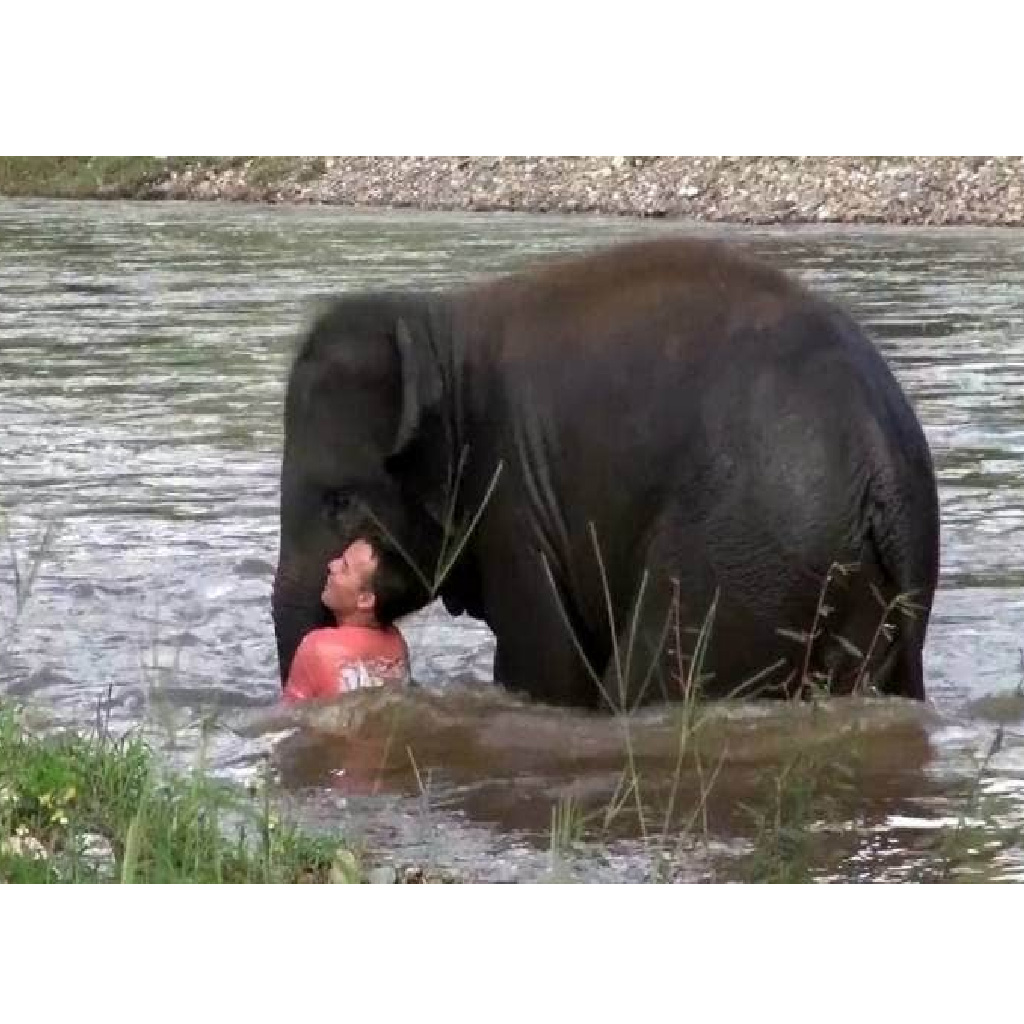 Sweet as it may be, there’s a bigger lesson to be gleaned from the relationship between this elephant and her favorite person: When we show kindness to an animal, the rewards can last a lifetime.