In everyday life, we often hear stories about dog loyalty. In the story below we see a dog who tries to save her friend.

A group of animal rescuers from Uzhgorod, Ukraine, received a call saying two dogs were spotted on a railway track. They rushed to rescue the dogs from [ᴅᴀɴɢᴇʀ.] 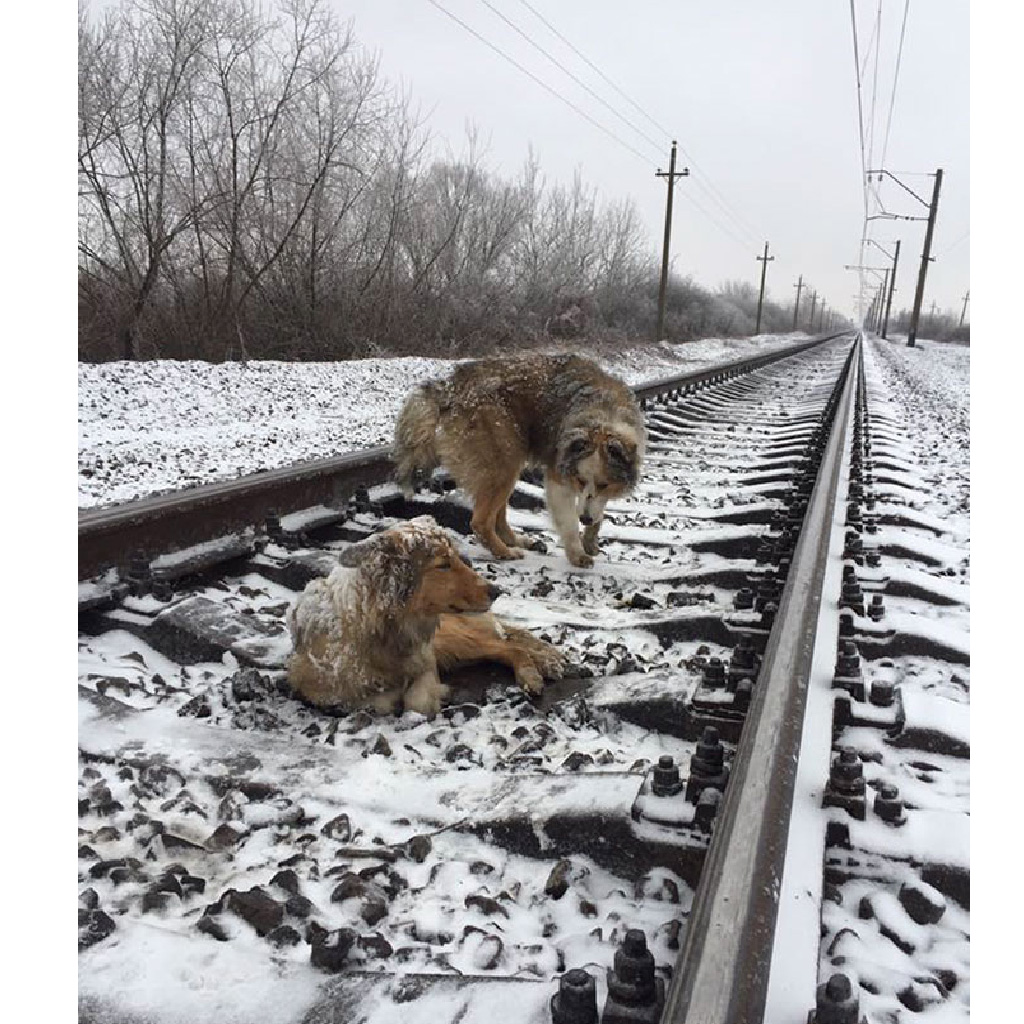 The two dogs were found by Denis Malafeyev, who shared the touching story on post:

‘It’s such a touching story. I got a phone call from a friend who said that there were two dogs lying on the railway track near Tseglovka village for two days.”

When this dog’s canine friend got injured and stranded on the tracks, he stayed with her under the passing trains for two days, saving the pooch from certain [ᴅᴇᴀᴛʜ]. A group of animal rescuers from Uzhgorod, Ukraine, received a call saying two dogs were spotted on the railway track. 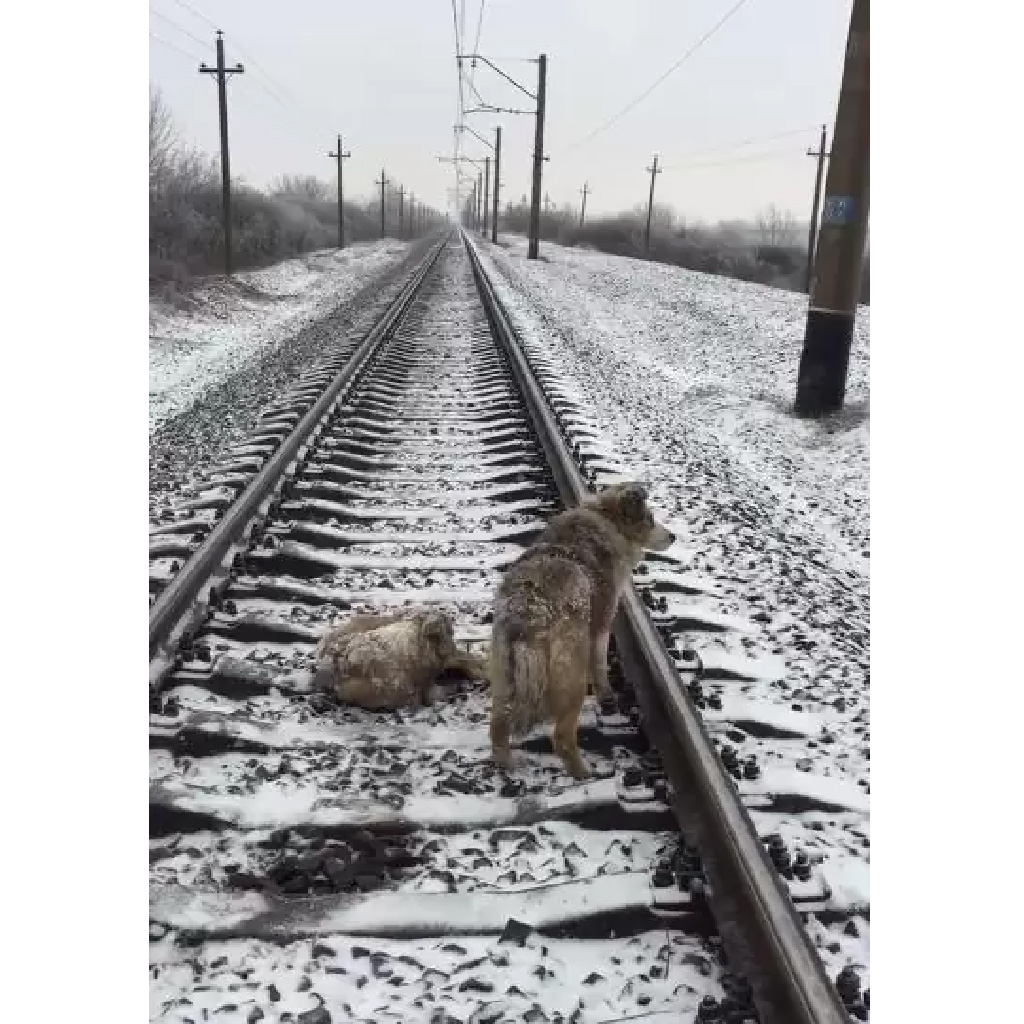 Denis Malafeyev, who shared the touching story on Facebook, wrote:

“When we arrived, it turned out that one of the dogs, the female, was injured and couldn’t move.” All this time, the healthy canine was trying to protect her. “The male dog heard the sound of the approaching train, came close to the female dog, and laid down next to her… Both of them pushed their heads towards the ground, and let the train pass”.

As it turned out, the protective and brave dog is named Panda, while his female friend is Lucy. Panda the dog faithfully protected his injured friend until help arrived. 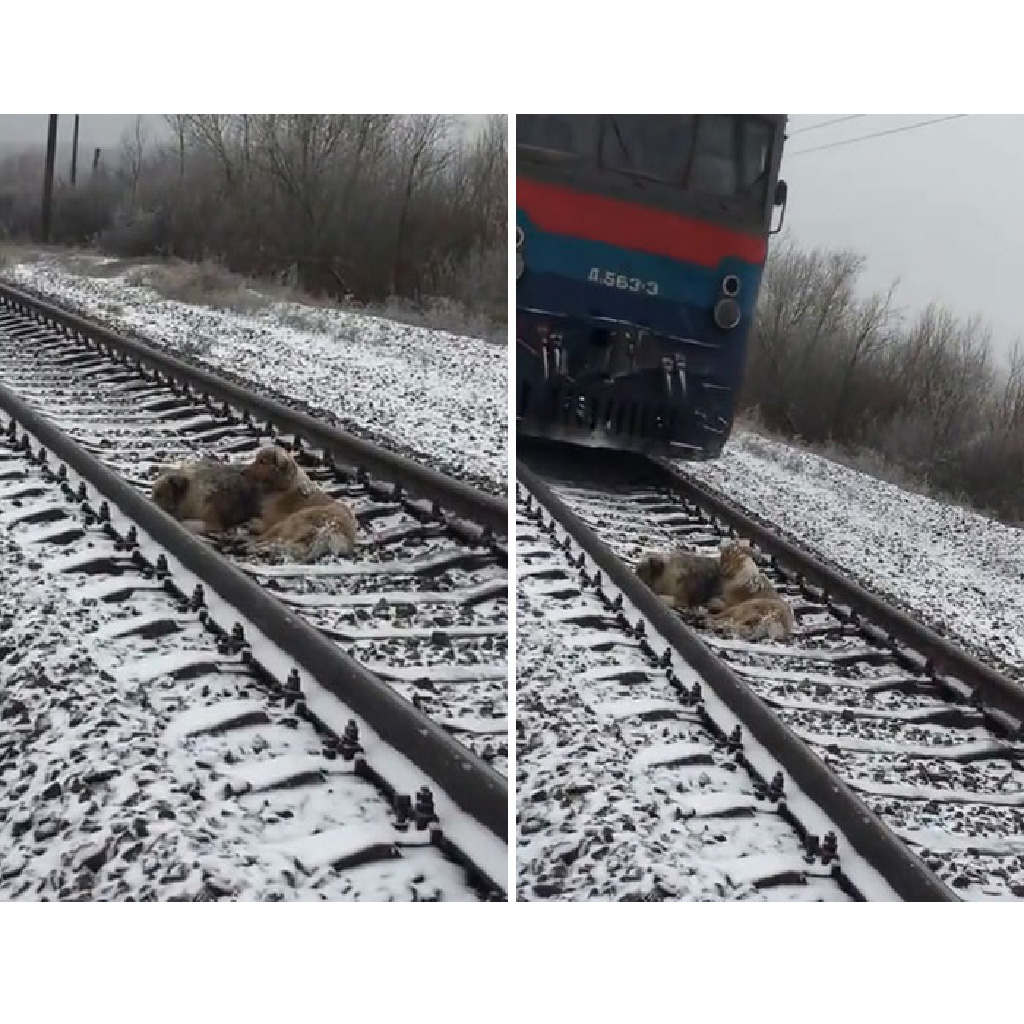 It was unclear if the female dog was injured after being hit by a train crossing the track, but thankfully, Malafeyev was happy to confirm the dogs were given medical assistance.

‘Just to relieve the stress, the dogs are safe and sound. They have had medical assistance,’ he said. 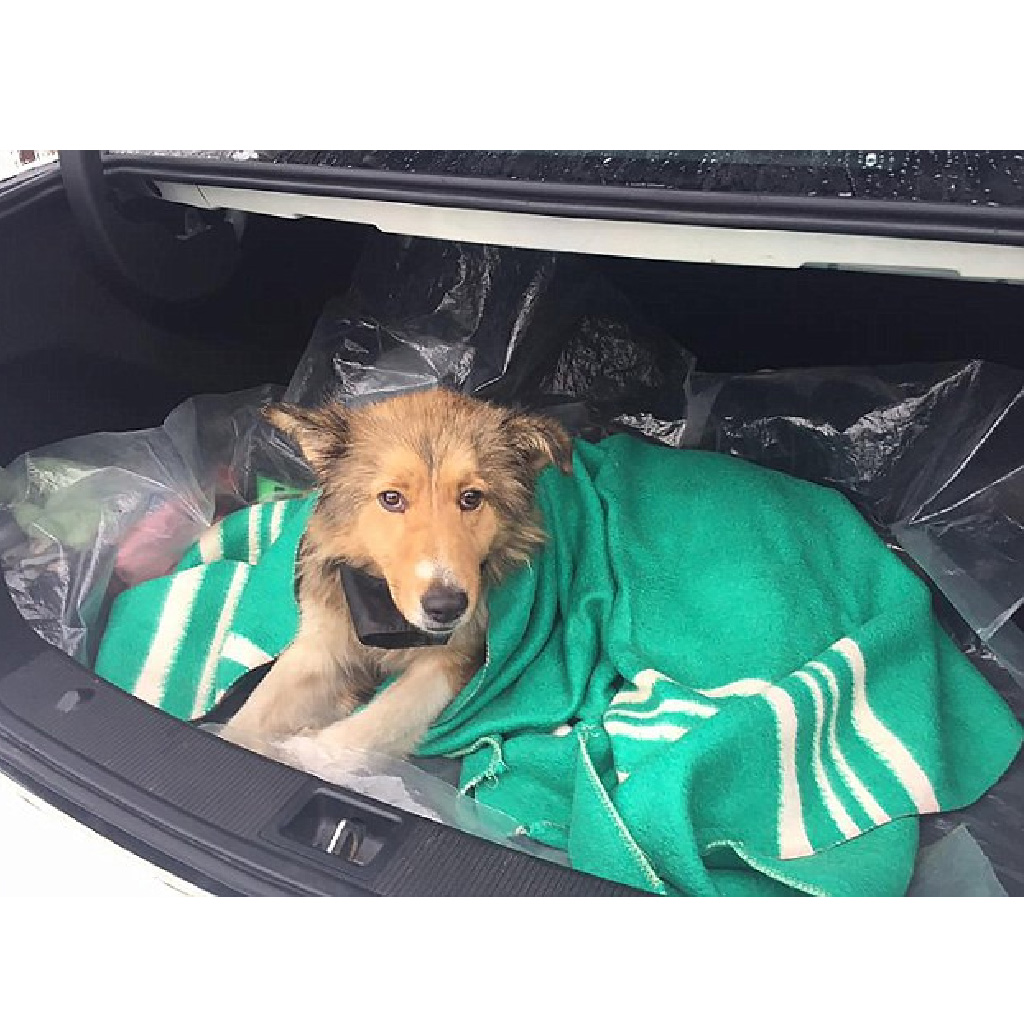