Seasonal change at Manila Bay in the Philippines often comes with a typhoon. However, a young boy remained unmoved despite being soaked to the skin. He seemed to do not care much about his safety when he spotted a mother cat going into labor in a raging typhoon. 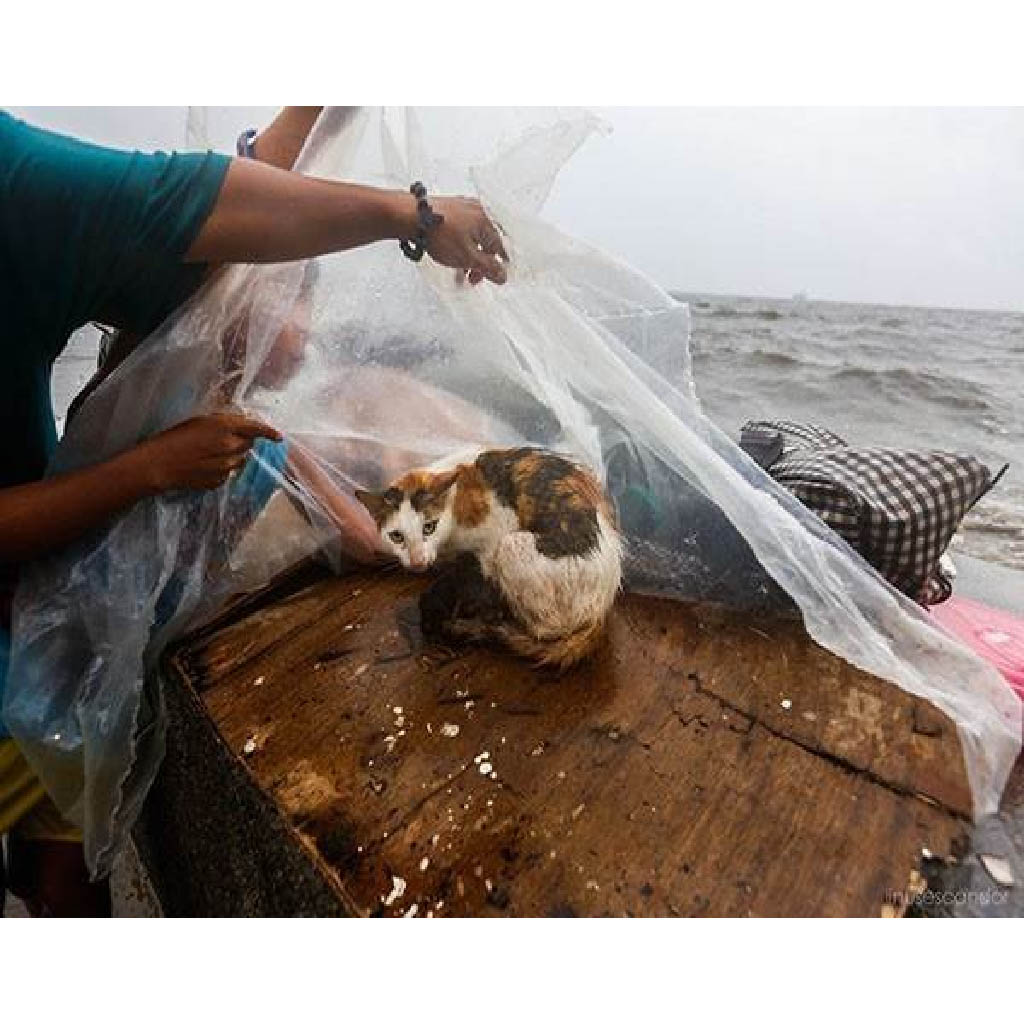 According to journalist Linus Escandor, the touching scene was shot in the middle of heavy rain as typhoon Egay roared through the Philippine capital in 2015. 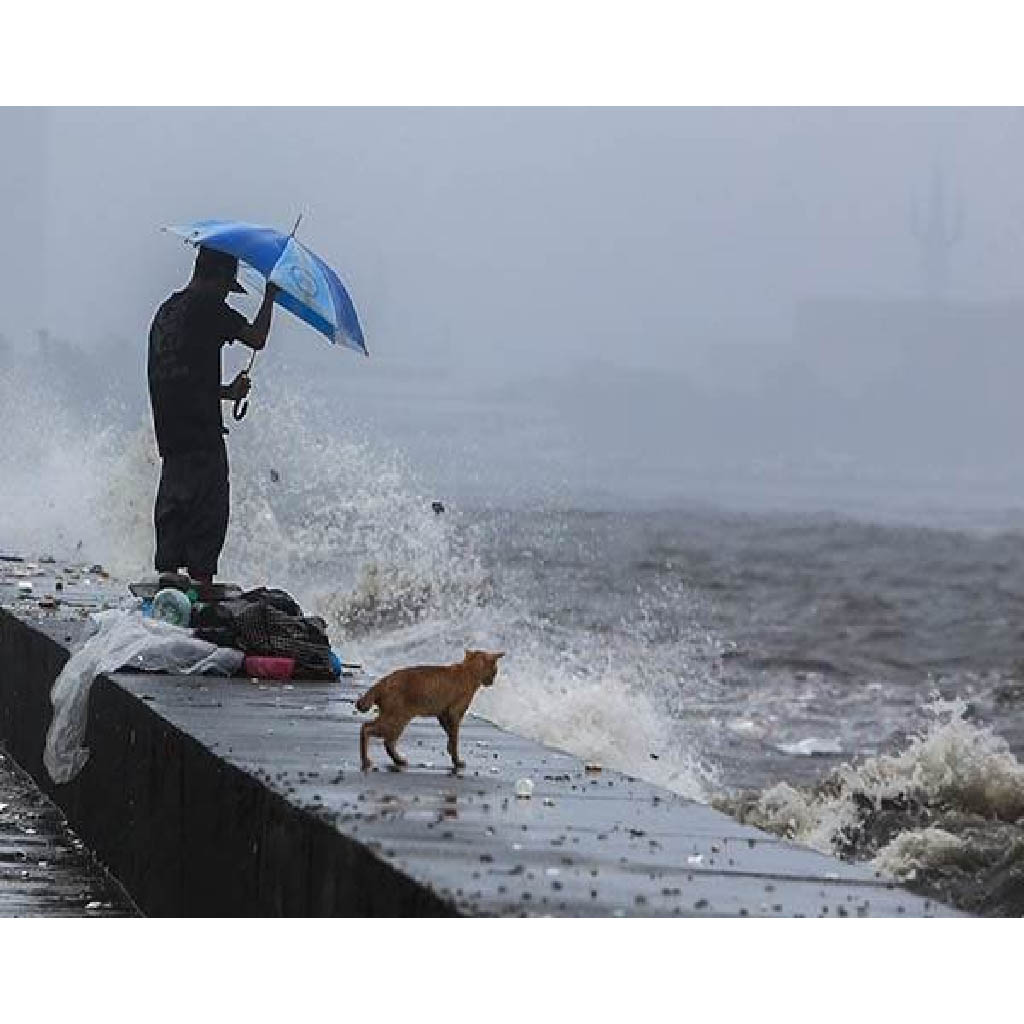 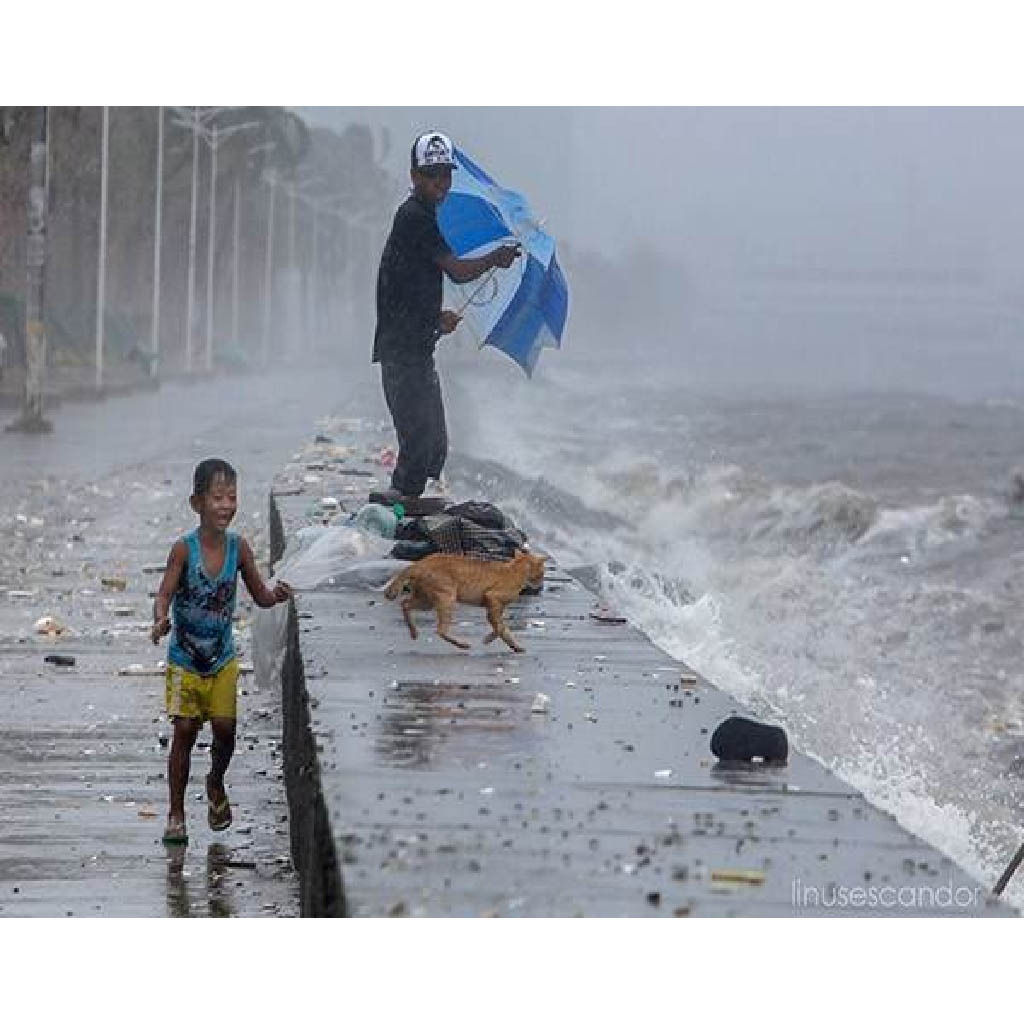 The boy stood next to a break water, who wore a blue tank top and yellow shorts and held a plastic cover over a mother cat who was giving birth on the concrete barrier, making sure that she was covered from the rain.
The mother cat seemed to understand the boy was trying to help her, he licked the boy’s hand lightly, his eyes filled with trust. 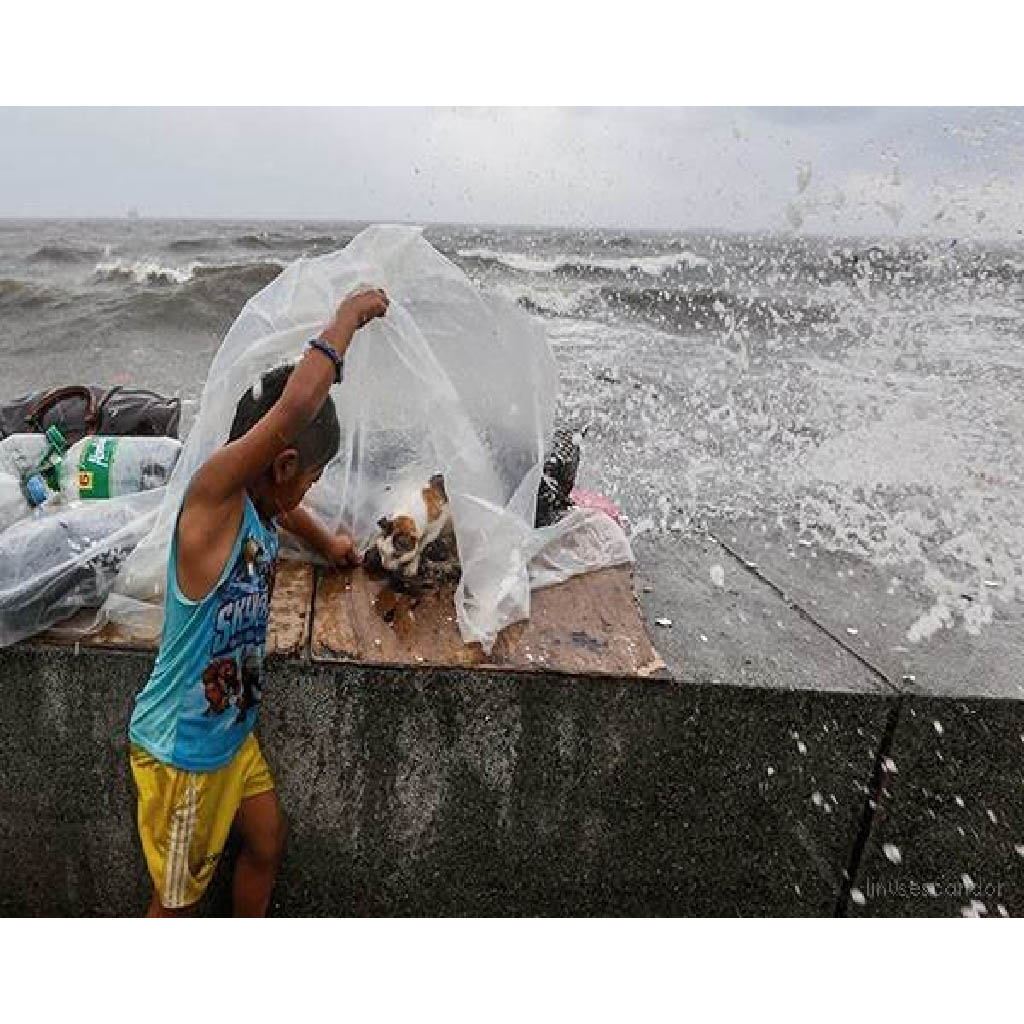 After a while, the mother cat gave birth to 4 beautiful kittens. The mother cat happily welcomed her cubs and was secretly grateful to the boy – who was not afraid of difficulties and dangers to help her.

With such courage and kindness, he helped the mother cat survive the typhoon. Finally, a local animal welfare group saved the mommy and the kittens. Volunteers quickly moved all cats to the nearest animal and started taking care of them.