Dogs can get themselves into trouble just like people. Some might even find themselves in a situation that might seem funny at first but can have serious lasting consequences. This is exactly what happened to one pooch in Wells, Maine which somehow got stuck out on the roof. 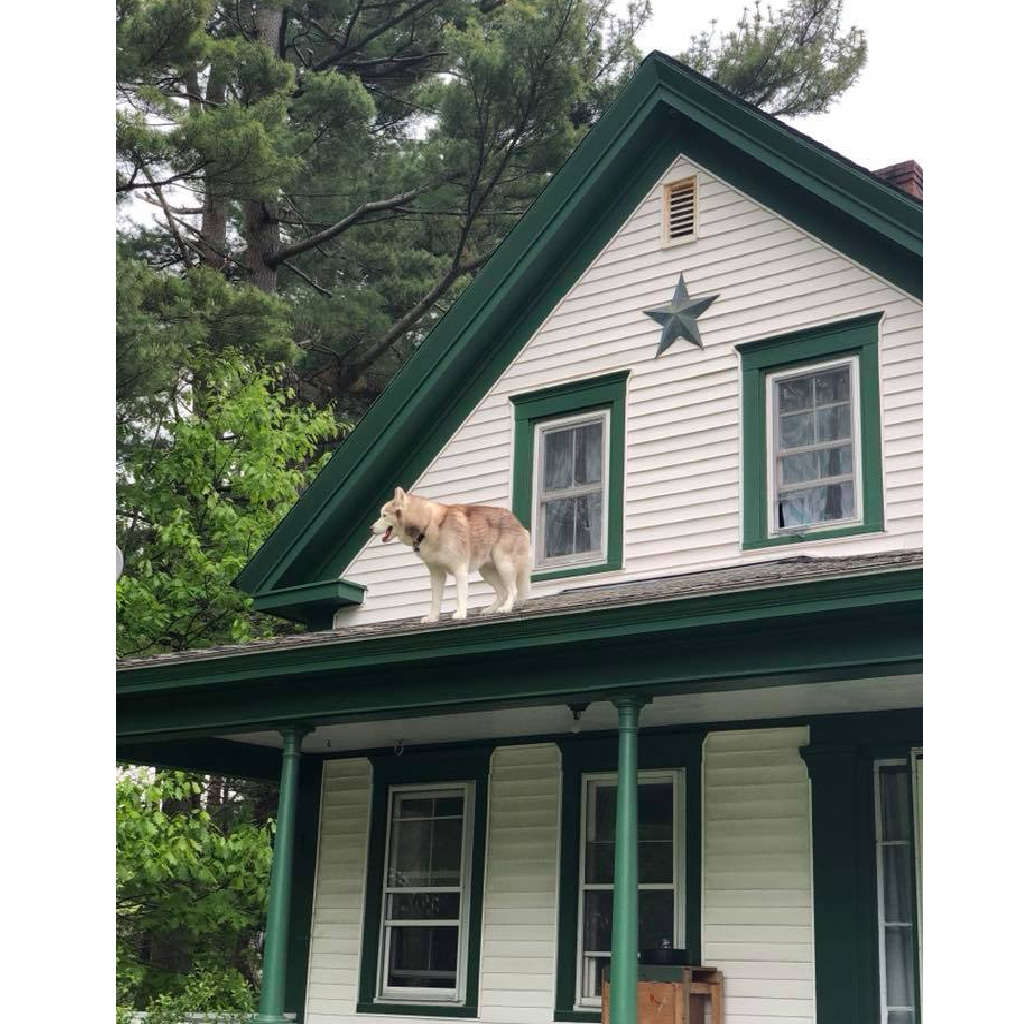 Some passerby spotted a Husky sᴛᴜᴄᴋ on the roof of a house, so they immediately called the authorities. Apparently, the dog had climbed out of an upstairs window but then didn’t know how to get down.
Shortly after, captain Jeff Nawfel, from the Wells Police Department, Maine arrived at the scene. It did take too long for the experienced first responder to handle the situation. After a few minutes, he safely managed to take the ᴛʀᴀᴘᴘᴇᴅ dog down. 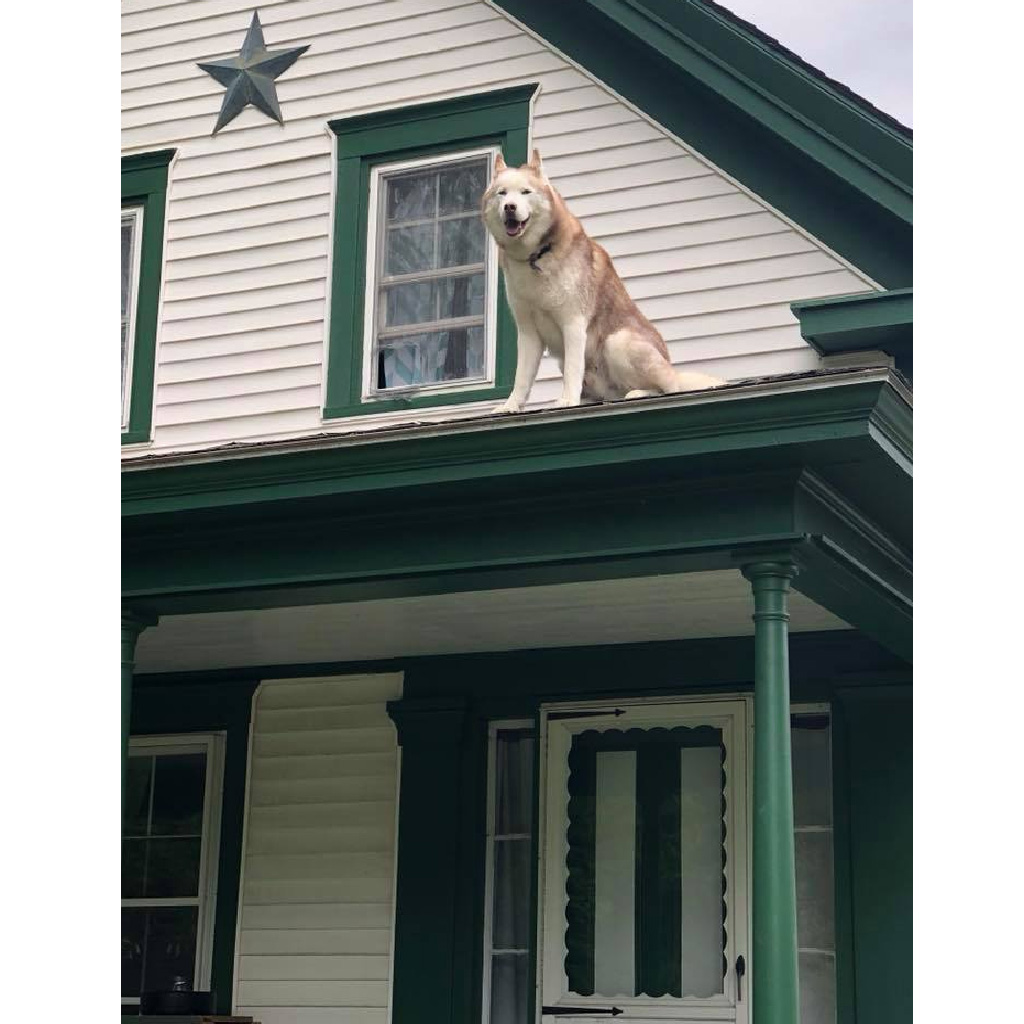 “This beautiful dog managed to get out onto the roof of his home thru an upstairs window. We received numerous calls…” Wells Maine Police wrote on social. “Officer McDonald, in conjunction with the Wells Fire Department, worked together to rescue him! Thank you to all that called and helped save him.”

Video captured of the rescue shows Jasper more interested in befriending the captain than getting down from his lookout.

“The dog was pacing back and forth on the overhang over the porch,” captain Nawfel told InsideEdition. “It didn’t look very distressed.”

He was so happy to be saved from a tight spot that he couldn’t hold back kissing the firefighter who helped him. Thankfully, the tender moment was caught on camera and the adorable snaps were, then shared on social media. 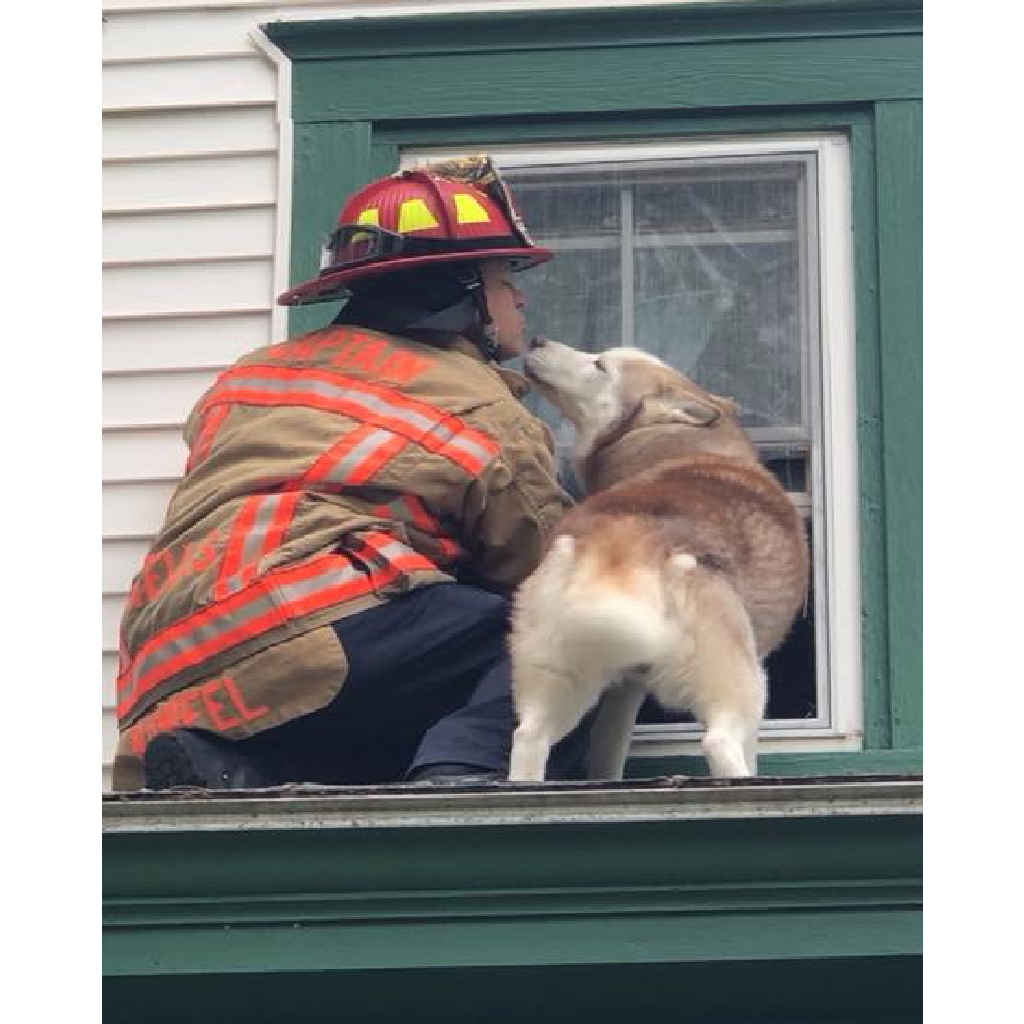 “Friendly dog. Kinda gave me a smooch on the way in the house and that was the end of it and I came down the ladder,” Nawfel said.

According to the fire department, the unlucky pup got on the roof through an open window.

“I had no idea that a little affection from the dog would blow up the way it has. It’s been surreal at best,” Nawfel, who was able to safely lead Jasper back into the house from the roof, said about the now-viral moment.

Jasper’s owners were grateful as well, stopping by the station after the rescue to give Nawfel and the other firefighters a thank you card for their husky heroics.