Gunnar was born into this world part of an unwanted litter. His mom wasn’t spayed because her owners couldn’t afford it.

Can you imagine how scared Gunnar must’ve been? His entire family was given away and he had no idea where they went, why he was alone and what to do… to say this was heartless is a vast understatement! 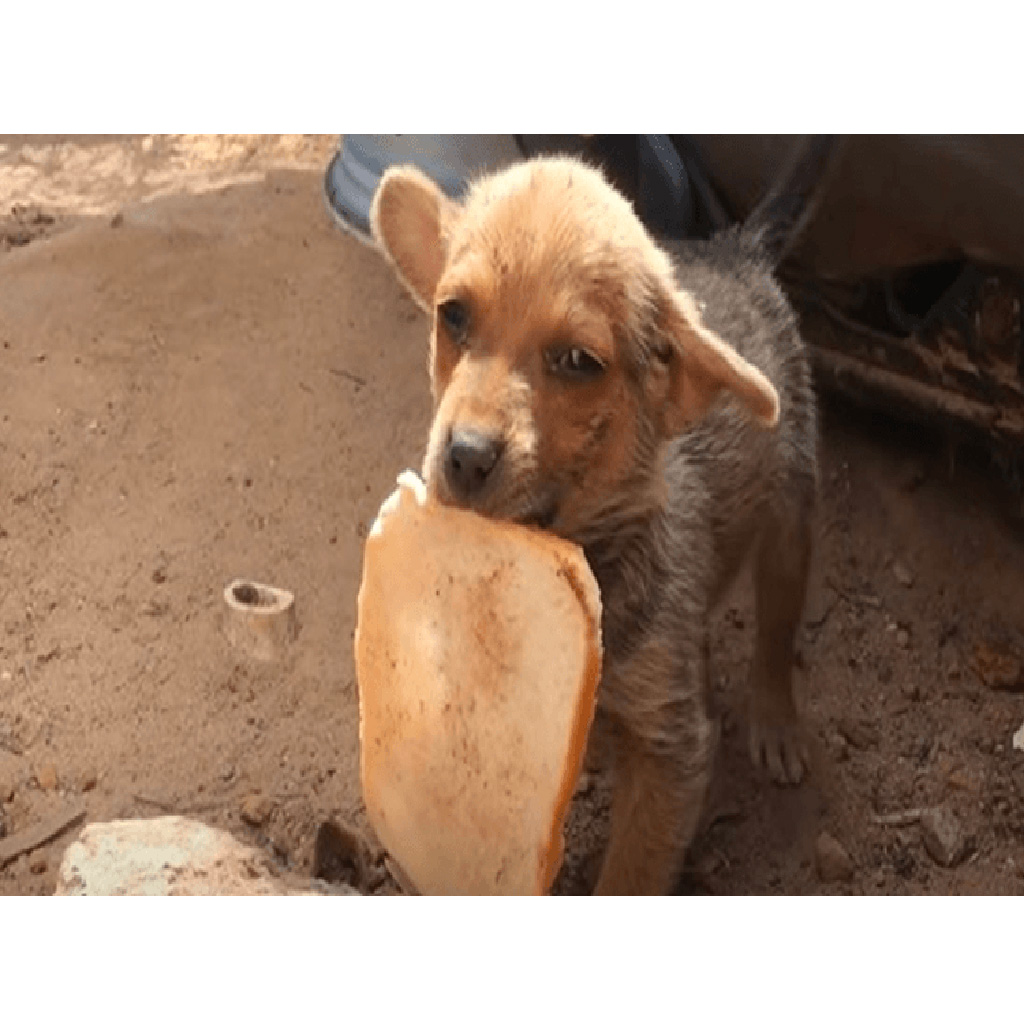 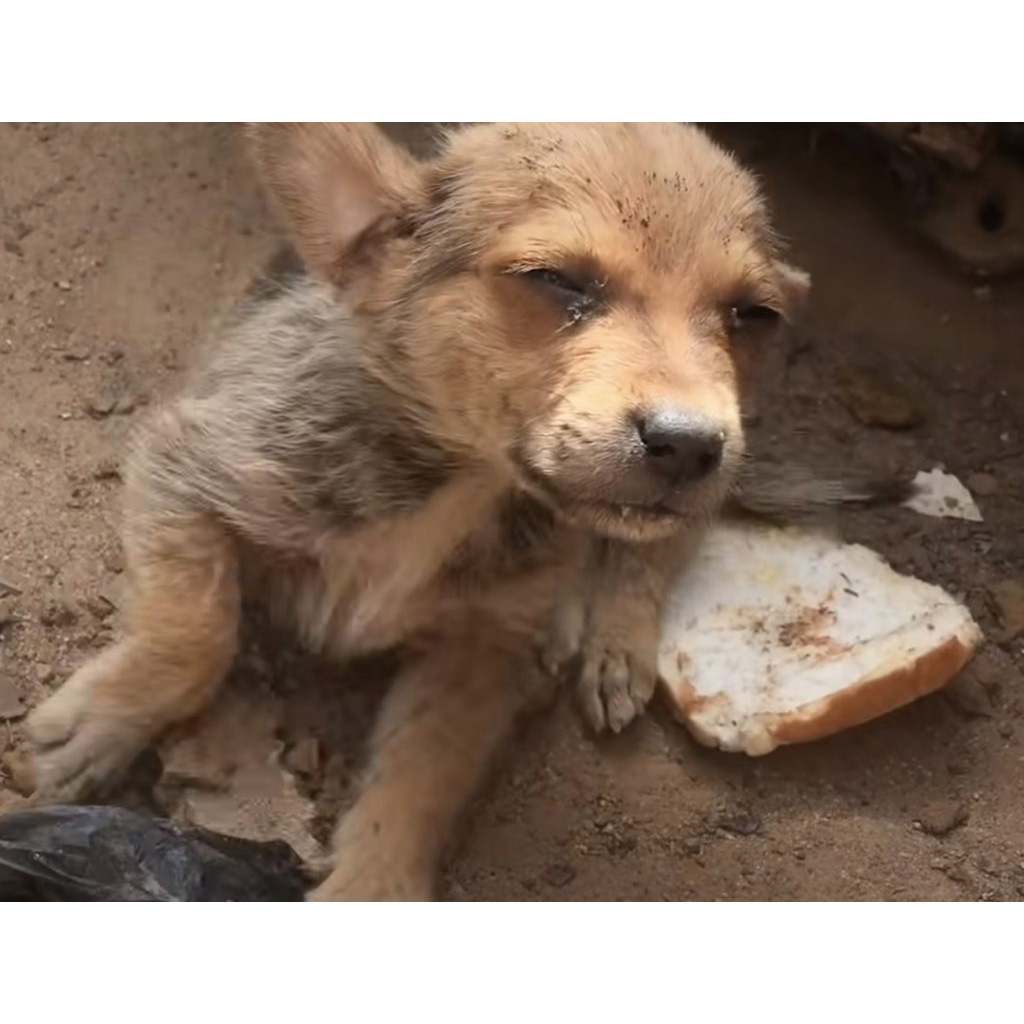 The tiny puppy was struggling to survive all on his own. The piece of bread he carried was bigger than him! But thankfully he was found by Sidewalk Specials who brought him to Vet Point.

Fortunately, Sidewalk Specials found him, and took him to Vet Point, where he was examined and found fleas and ticks. He needed iron infusions, as he was severely (ᴀɴᴇᴍɪᴄ) because of the worms. 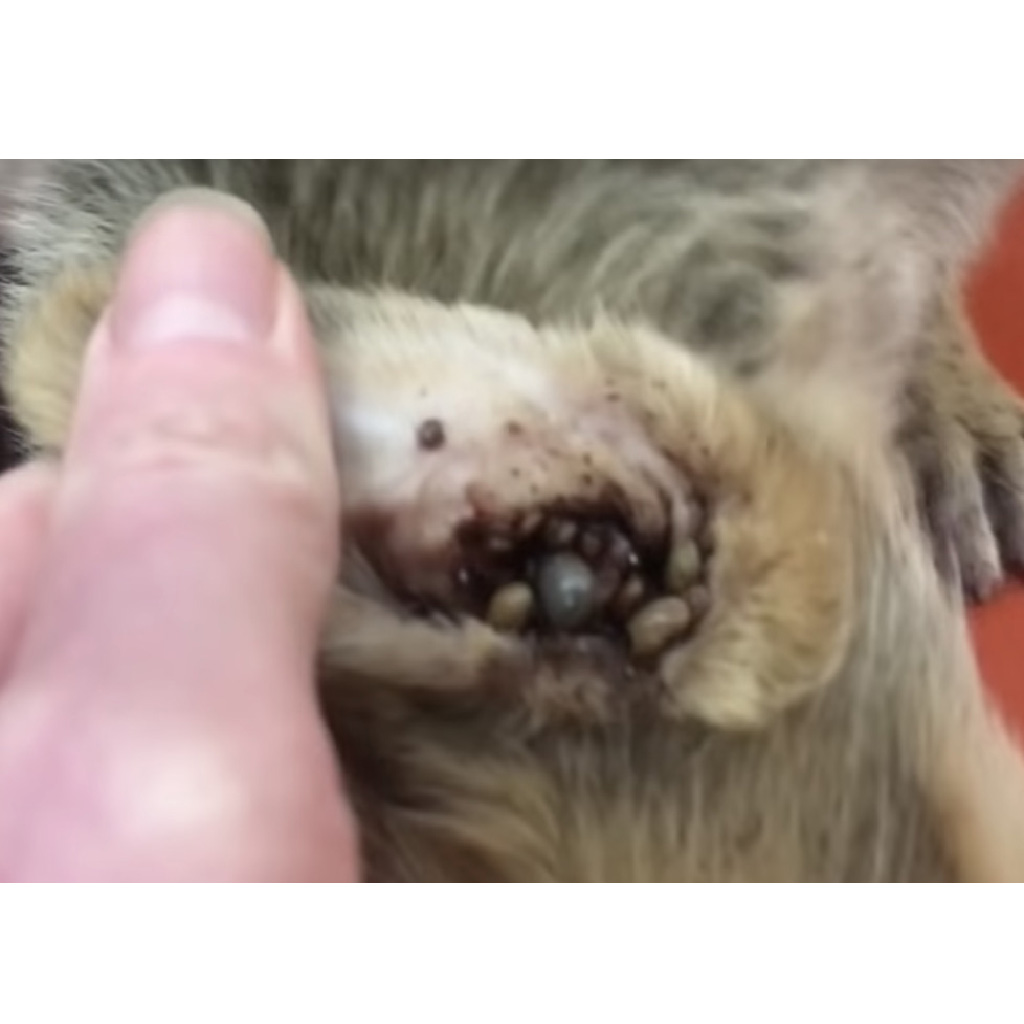 The little guy got the necessary medical attention he needed. The staff fell in love with little Gunnar along with his strong and very happy spirit. They placed him in a safe, comfy kennel and gave him a good meal. 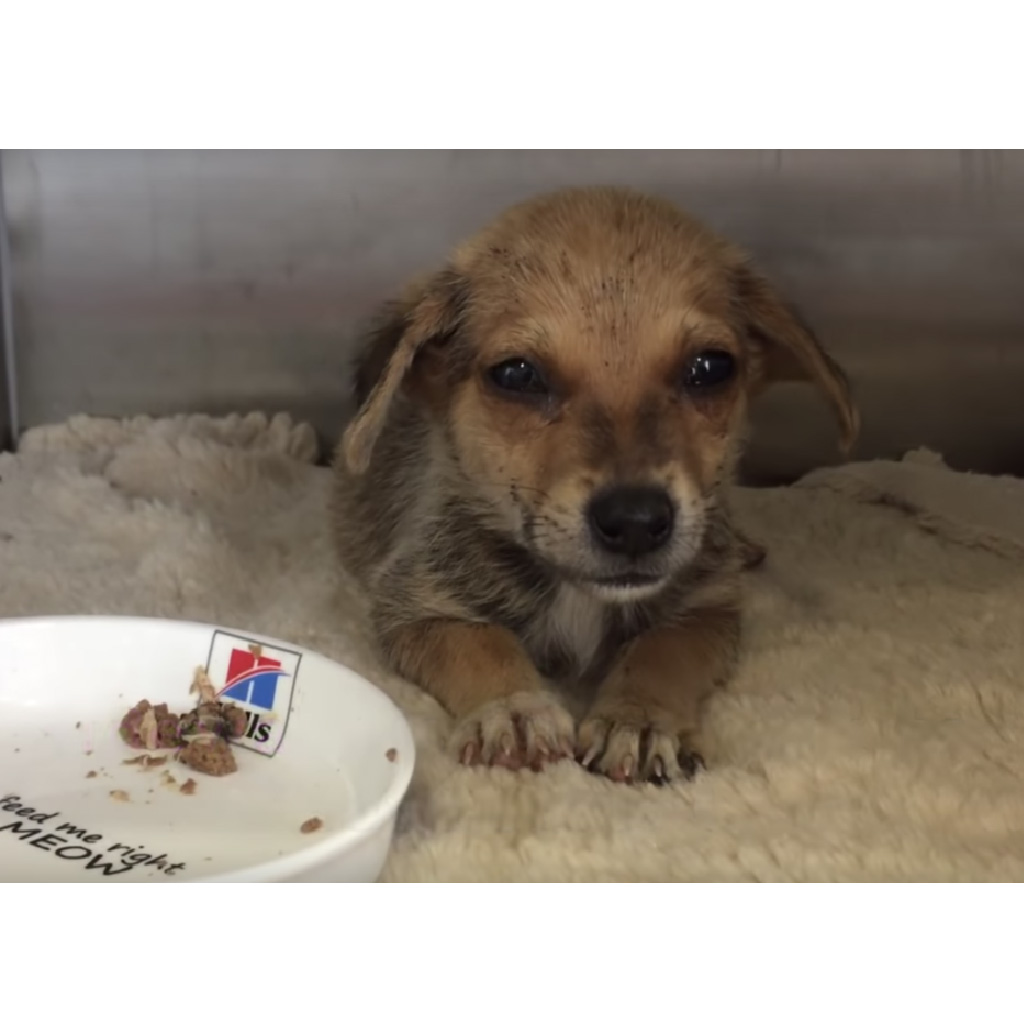 In the end, a family adopted him and Gunnar found happiness in their forever family.