It’s always great news when a shelter dog finds their forever home. Dogs have a way of knowing that they’ve finally been adopted, and their reactions can be the sweetest thing. That was the case for one shelter pittie, who was so overjoyed when she met her new owner that she couldn’t stop hugging him. 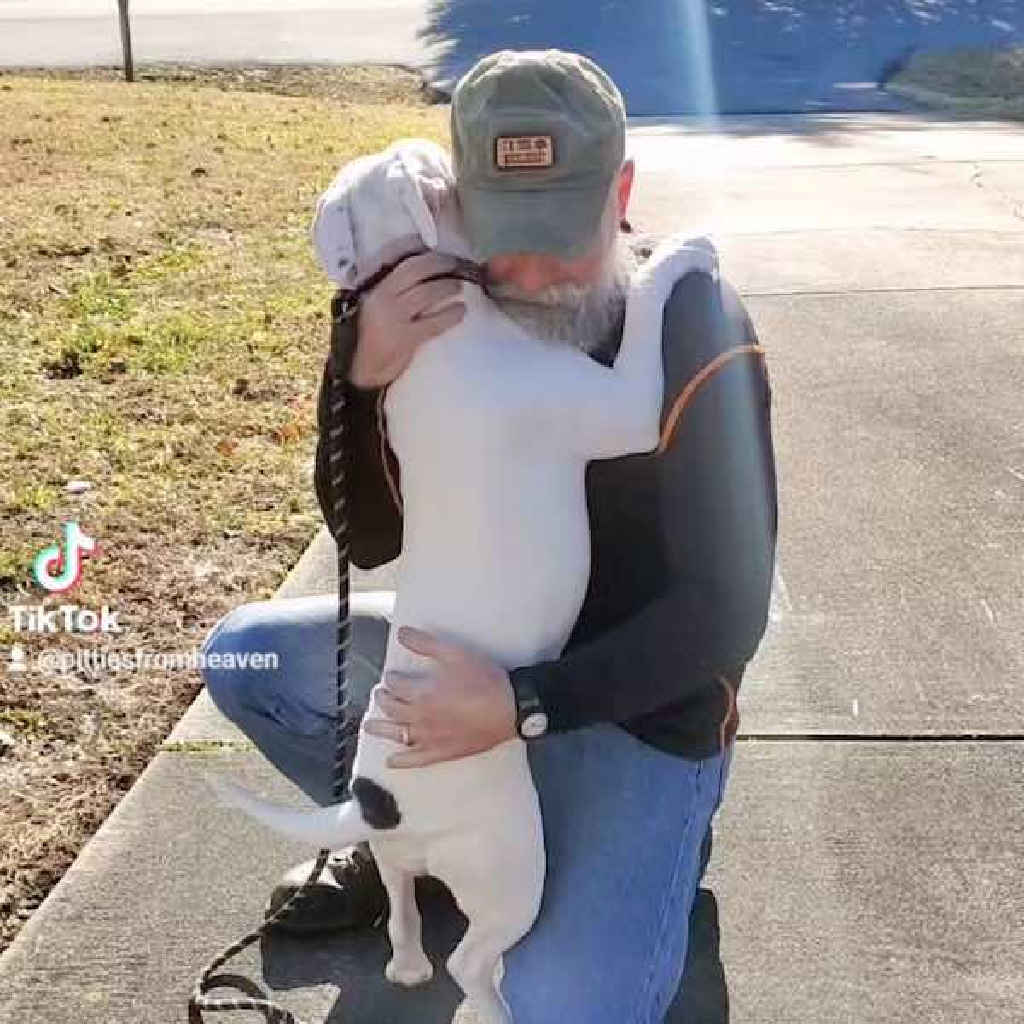 A fostered Pit Bull named Demi (now Maggie) got to meet her new dad for the very first time and it was like “they had known each other for years.” Maggie jumped up onto her new dad and couldn’t stop hugging and kissing him. She was so happy she even knocked his hat off.

Pitties From Heaven makes it their mission to foster Pit bulls so they can find loving homes. Their sense that it was meant to be was confirmed after their first meeting with Maggie. In a truly adorable moment captured on camera, Maggie, meeting her new “dad” for the first time, immediately jumps up on him and won’t stop licking his face:

“This is why we foster. This is the moment a neglected dog becomes part of a family. “ 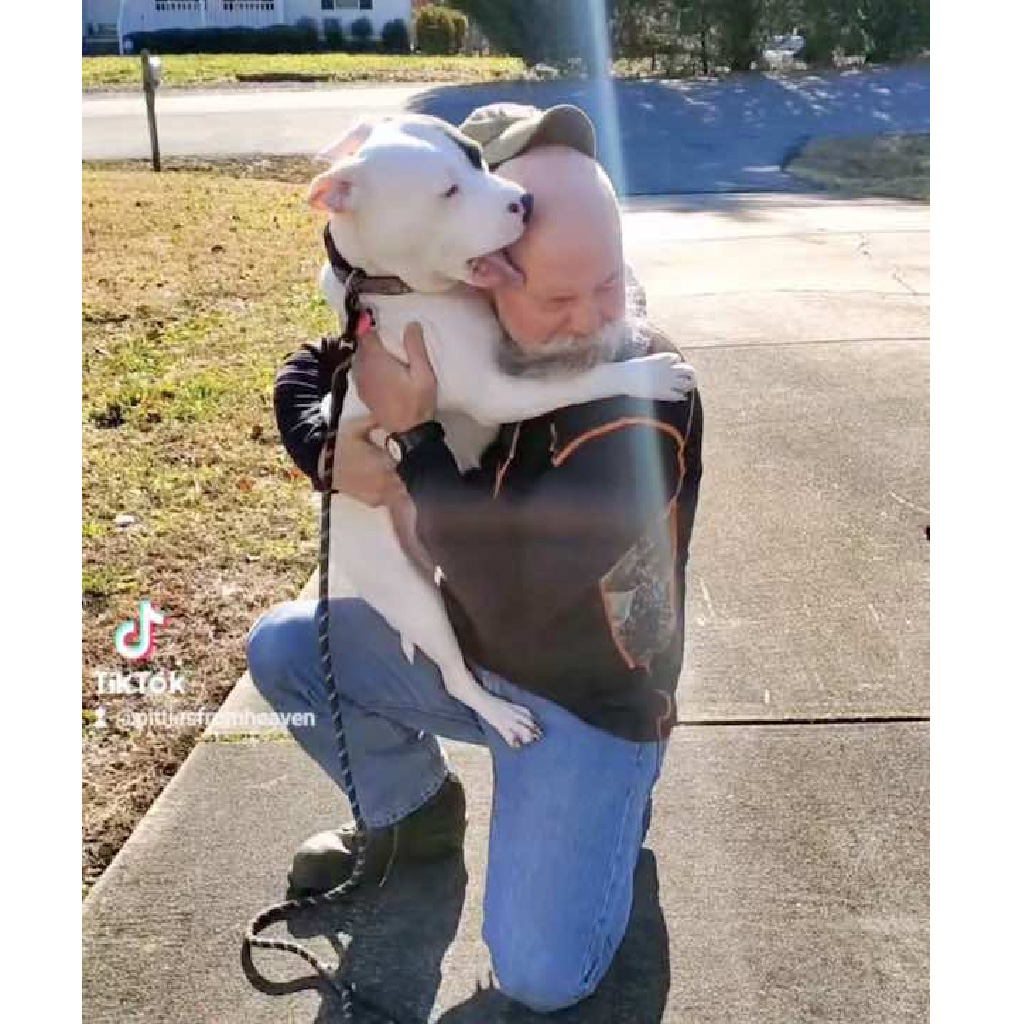 Husband and wife Mary and Mark McCraw wanted to rescue a new dog after their previous dog Mischka died from cancer. When they learned about Maggie, the dog melted their hearts and they knew they wanted her to join their family.

“I bent down so she would not be intimidated, and within seconds she was in my lap and in my life,” she said. “Meeting her was love at first sight, it was an instant connection. We feel like she was meant to be with us.” 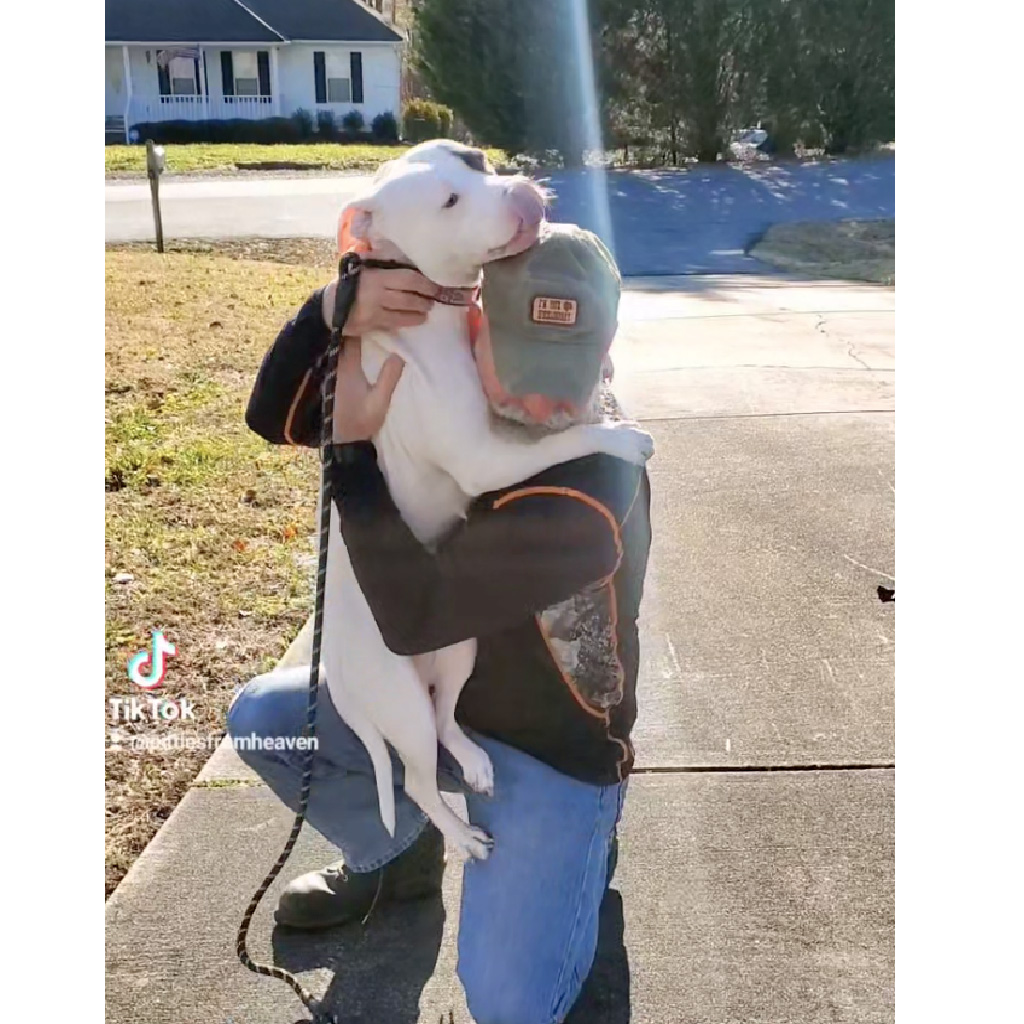 Maggie’s former foster parent Andra Mack said the moment was “like a movie,” and that Maggie was “one of the sweetest dogs we have ever fostered.”

“They were meant to be together,” Andra told . “The beam of sunshine that is clear in the video makes me believe that their former dog, Mischka, was looking down on that meeting and smiling.” 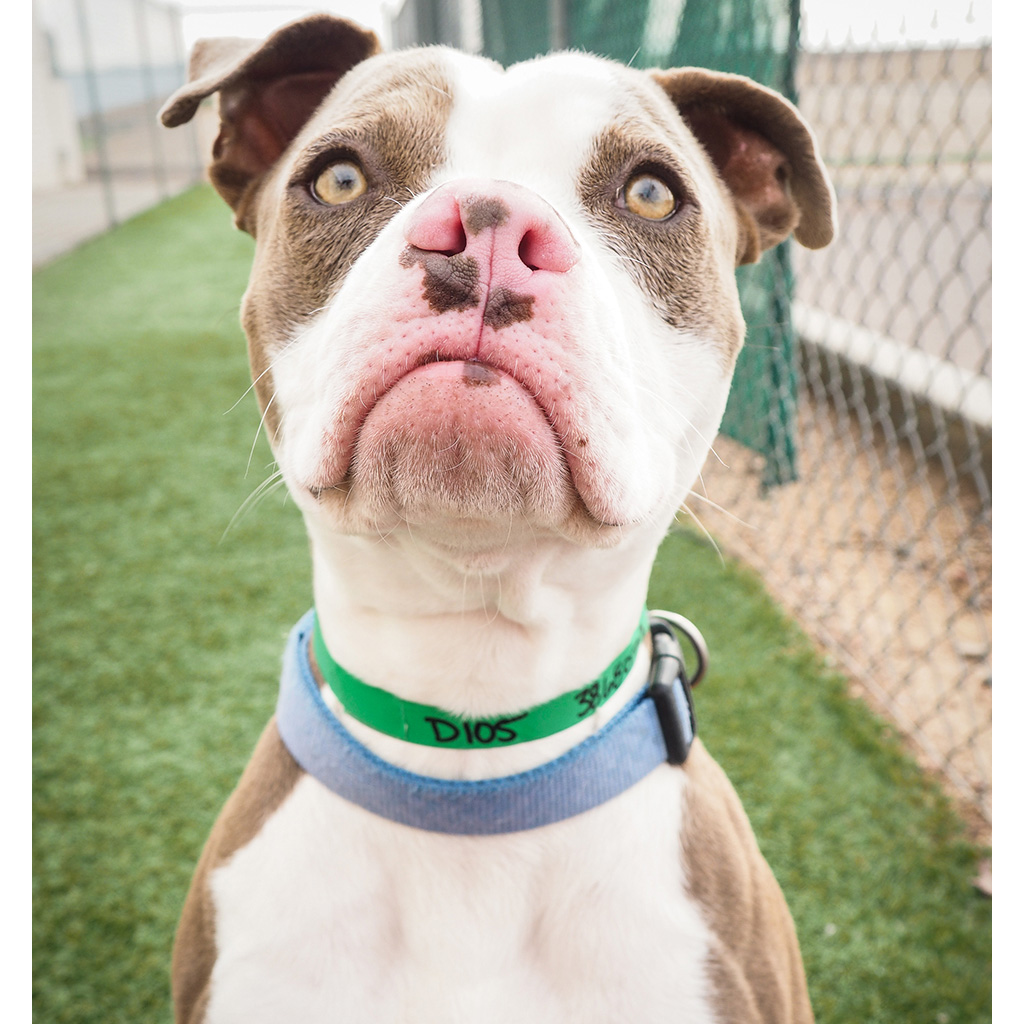 A happy ending for both a couple looking to fill the void left by their beloved dog, and a pittie in need of a good home.