Dogs are men’s best friends for a simple reason, they are truthful when dealing with people. Almost all dogs show their excitement by waving their tails when they see their favorite human friends. However, this friendly golden retriever named Loubie has a special way to express her affection towards human friends by hugging everyone she sees during her walk, including strangers. 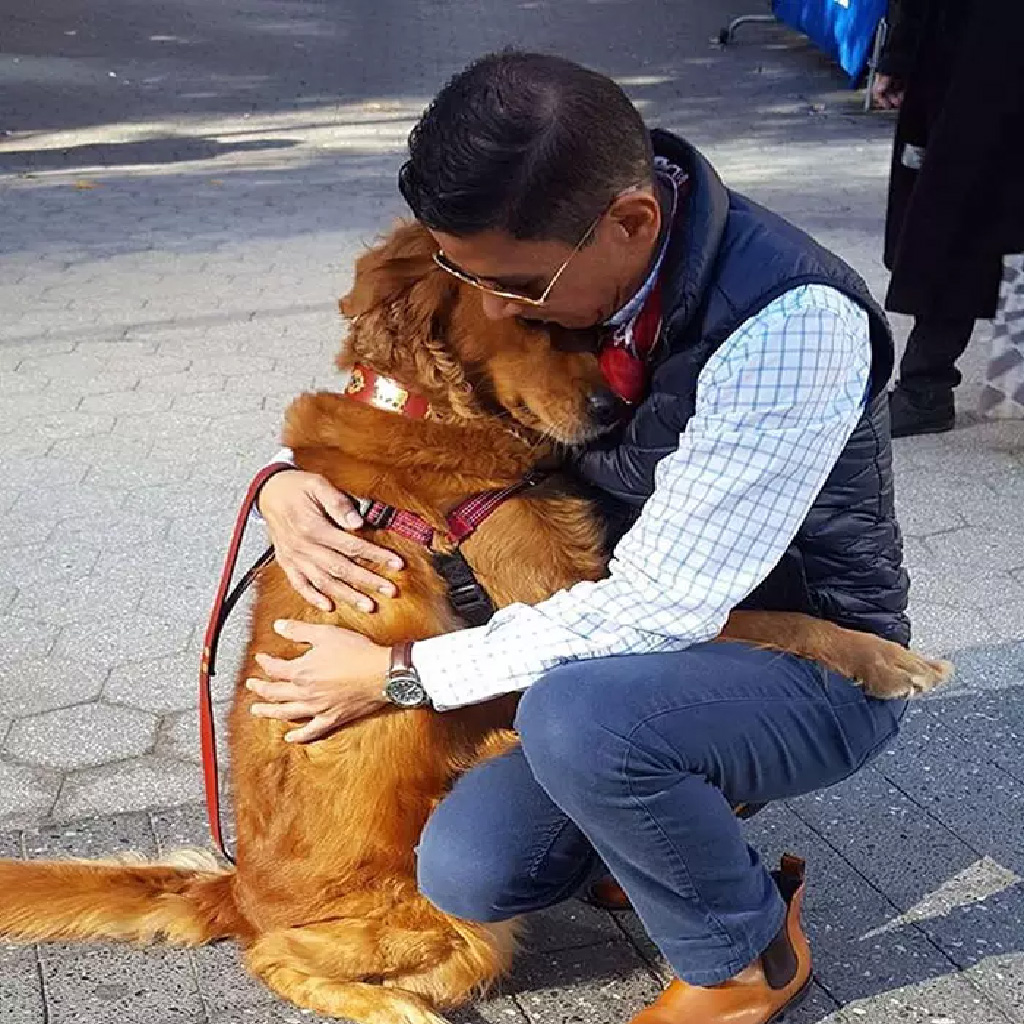 Whenever Loubie goes on a walk with her owner Cesar Fernandez-Chavez. The incredibly friendly pooch insists on stopping to greet strangers within minutes of hitting the sidewalks — and when they stop to pet her, Loubie loves to hug them by wrapping her forelegs around their knees. 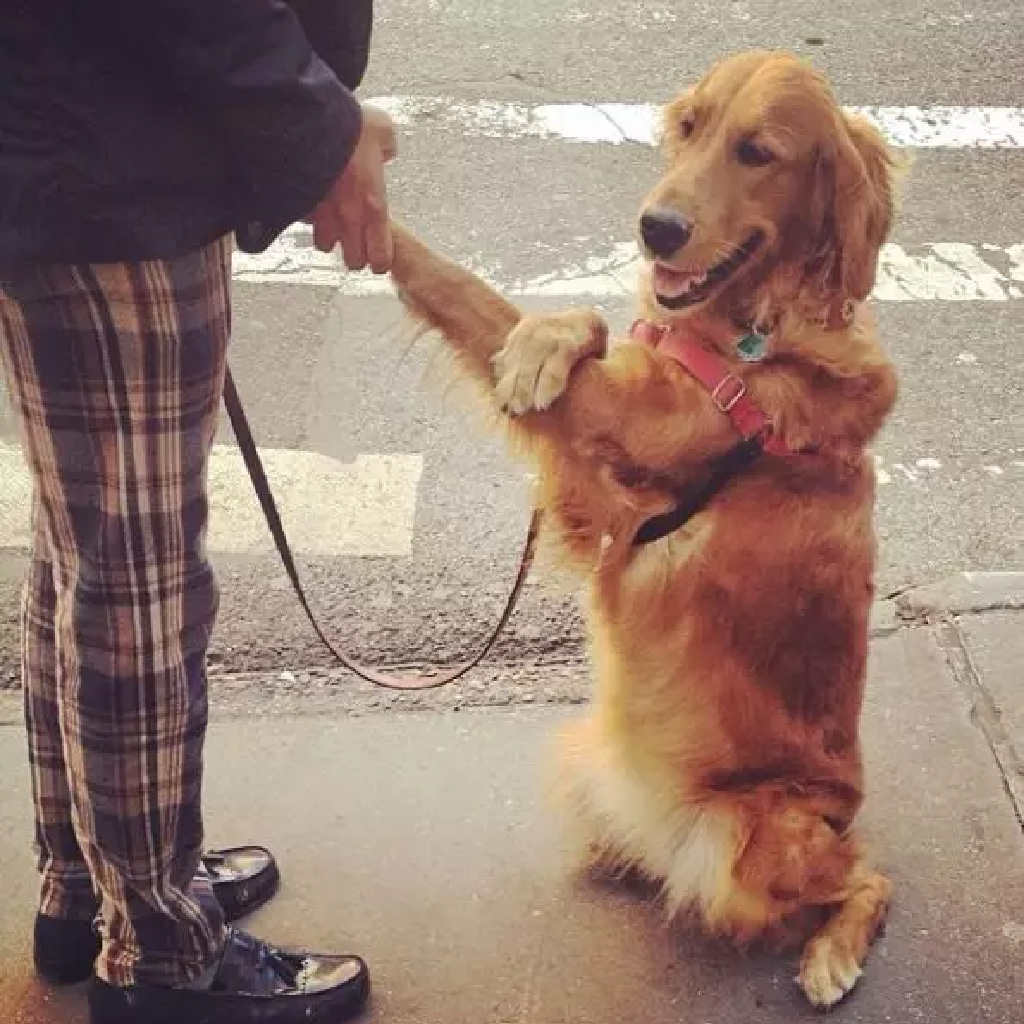 According to Fernandez-Chavez, Loubie learned the behavior all by herself, she just loves cuddling people, which sometimes includes complete strangers. Because of this, Loubie’s daily walks around New York City are quite the sight. 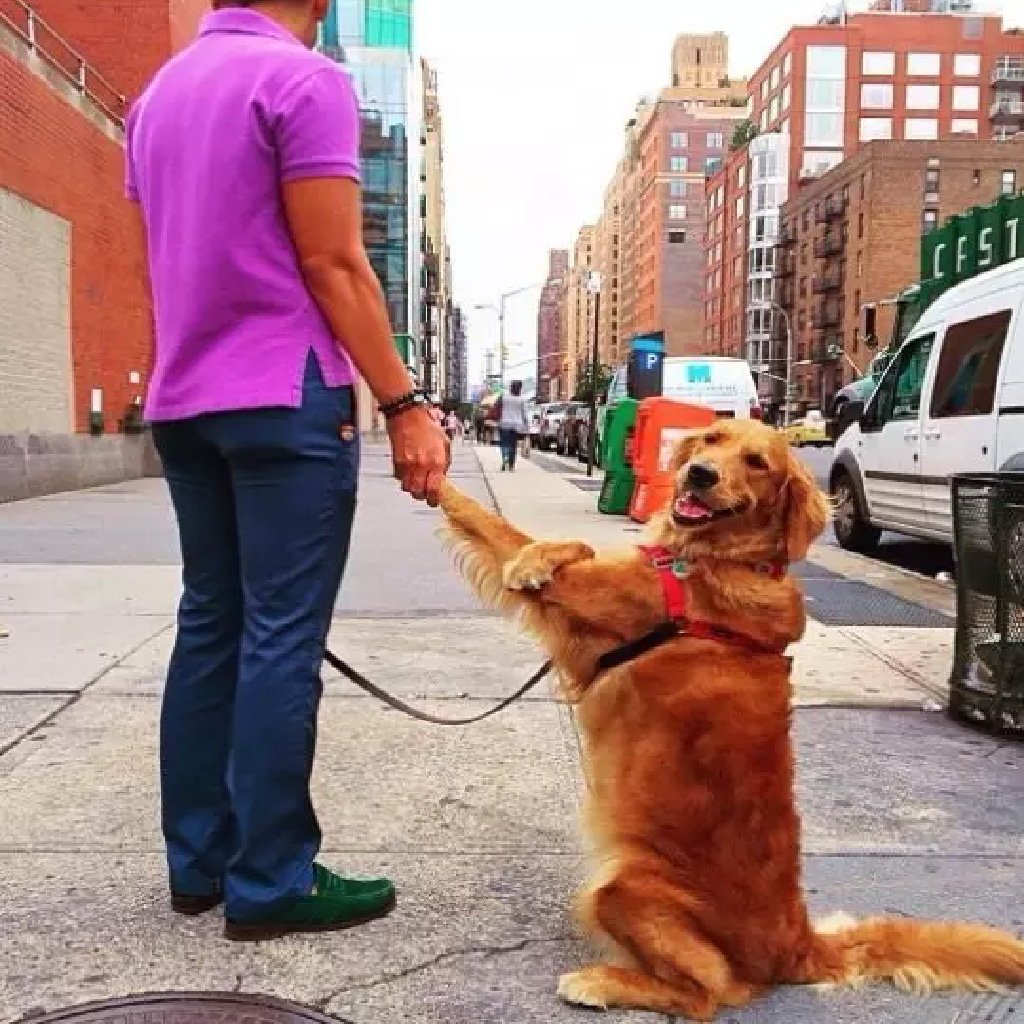 “It’s just not a regular walk,” Fernandez-Chavez told. “It’s a walk with hugging. So we don’t get to go too far.”

Prior to Loubie wanting to give out hugs to people, she wanted to hold hands. That particular hand-holding tradition started way back around on Valentine’s Day in 2014, just after Fernandez-Chavez got out of a long-term relationship.

“She started sitting up and grabbing my hands with both of her paws, and then crossing the other paw over her paw. I remember joking with my friends, ‘At least I have someone to hold hands with during Valentine’s.’” 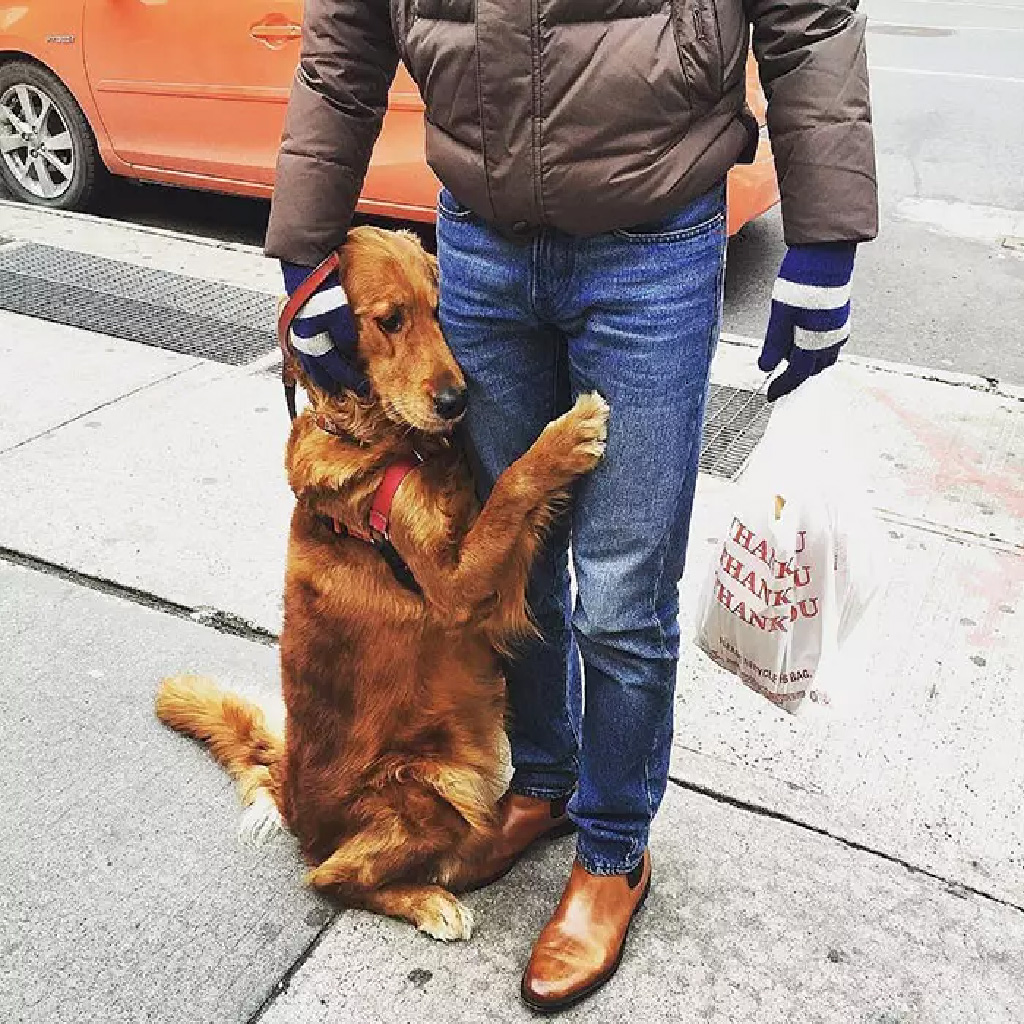 From then on, every walk, Loubie always wanted to hold hands. It was seemingly a comfort response for her, but passers-by couldn’t help but stop to comment.
Then, a few years later, Loubie started showing her affection in a different way – through hugs. And it was from there, her habit of hugging continued. 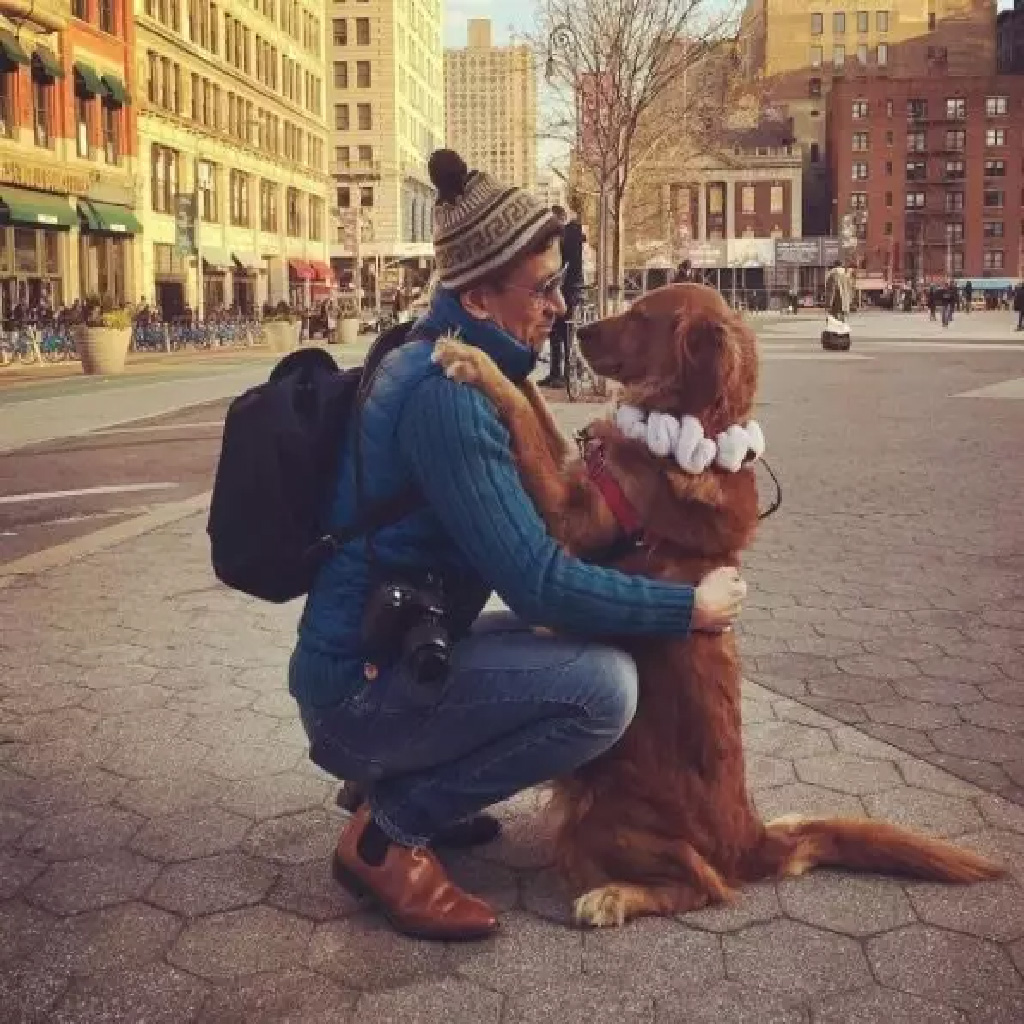 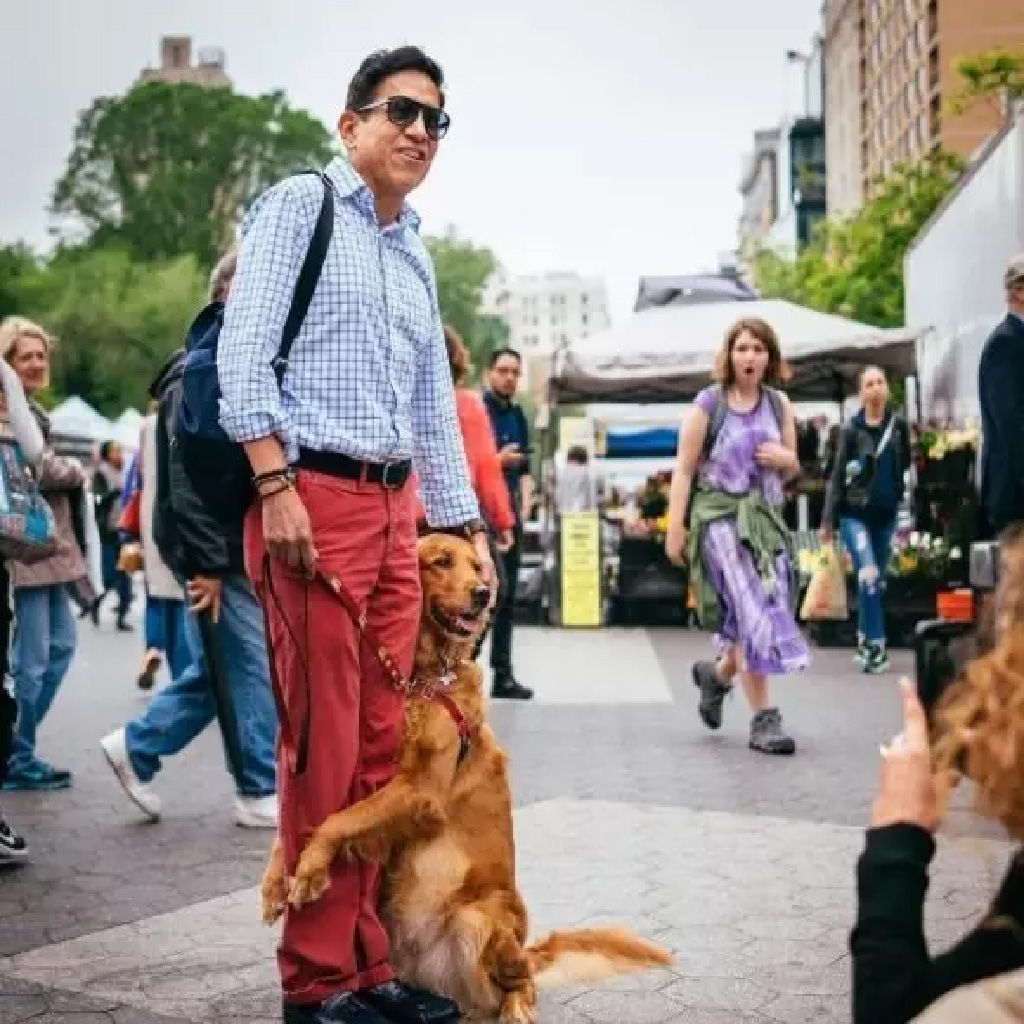 Loubie seems to love hugging people – she wouldn’t do it if she didn’t. And the people she embraces clearly love it, too.