A Pennsylvania motorcyclist became an avian hero after he rescued an injured bald eagle that was trapped in the middle of a highway.

On Saturday of Memorial Day weekend, Miller was on his way home from Philadelphia when traffic slowed in front of him. Miller had been riding his motorbike prior to his heroic rescue and noticed something was up when the traffic in front of him came to a halt. 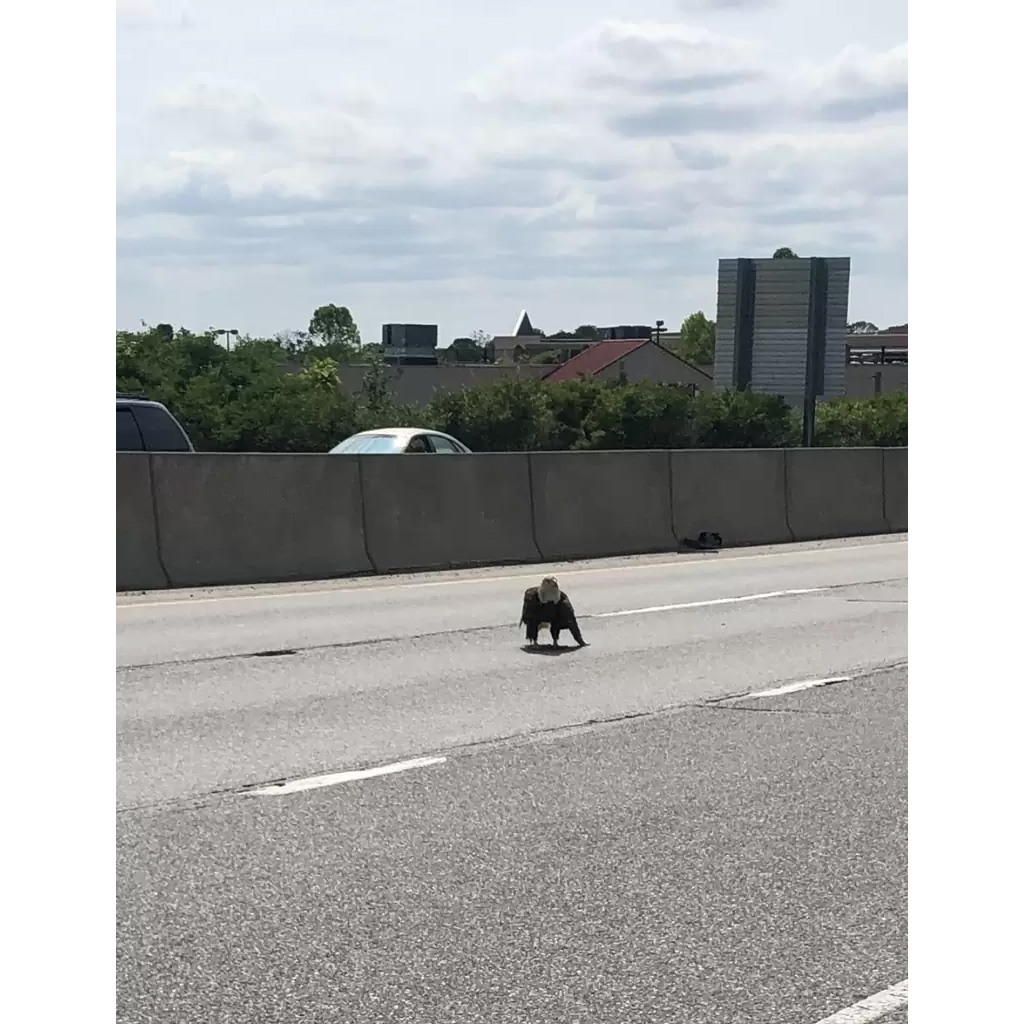 Pulling over, he realized the commotion had been caused by a beautiful eagle who had suffered injuries and had become stranded on the busy road.

“I looked down to see why everyone was stopping and there was a bald eagle in the middle of the road,” Miller told. “Another person was there and they kind of nudged her a little bit to see if she would walk off the road or fly away. She spread her wings open and was not going to go anywhere.”

The large animal was too hurt to fly, but her powerful talons were reason enough for Miller to take off his favorite flannel and throw it over her. To Miller’s surprise, the eagle remained sedate as he wrapped her in the shirt.

“I picked her up and she was very calm,” Miller said. “She got a little worked up when people started wanting to take pictures, but we were able to get that under control.” 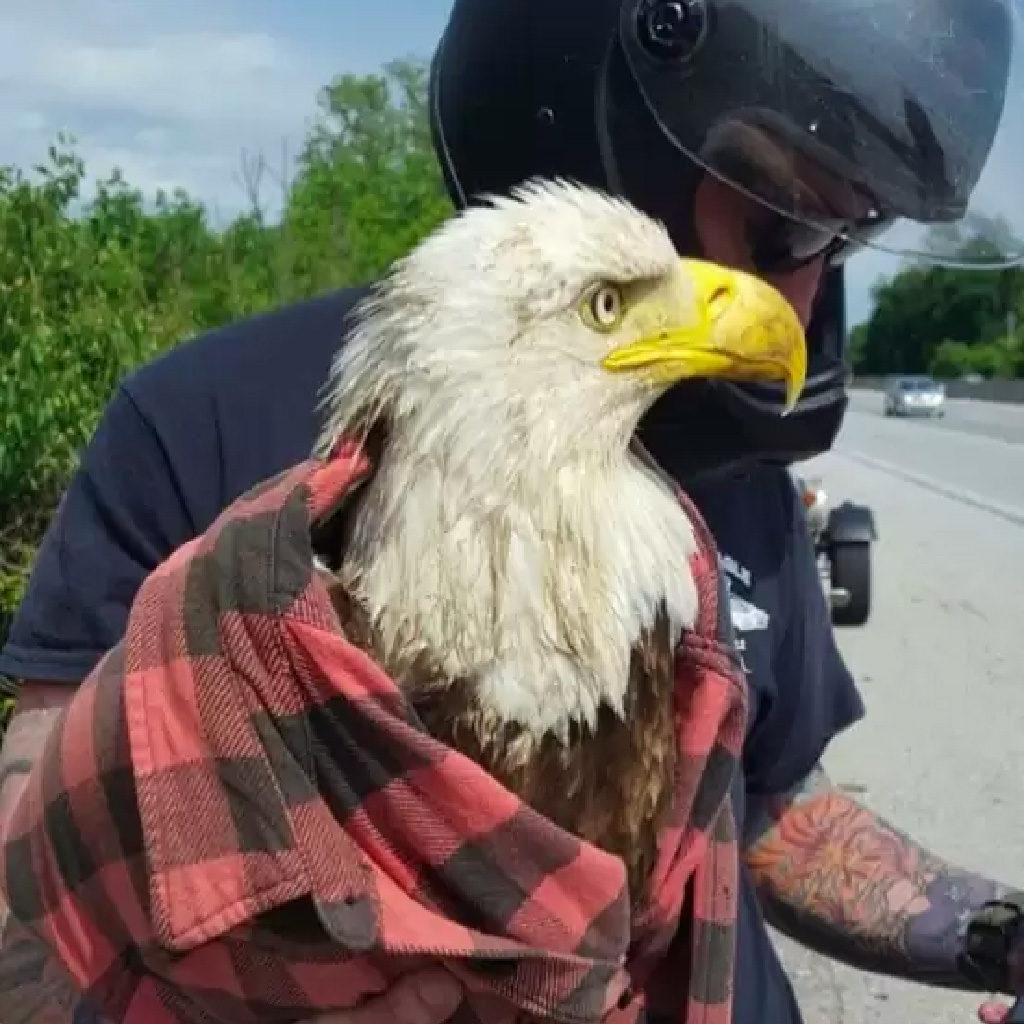 Showing impressive bravery, Miller chucked his flannel shirt over the eagle’s wings and talons and held her in his arms.
Once Miller moved the eagle out of the road, he called 911 and eventually got in touch with Tri-State Bird Rescue and Research, a local rehabilitation center for wild birds. Miller held the 15-pound bird for about 45 minutes while waiting for rescue staffers to arrive. 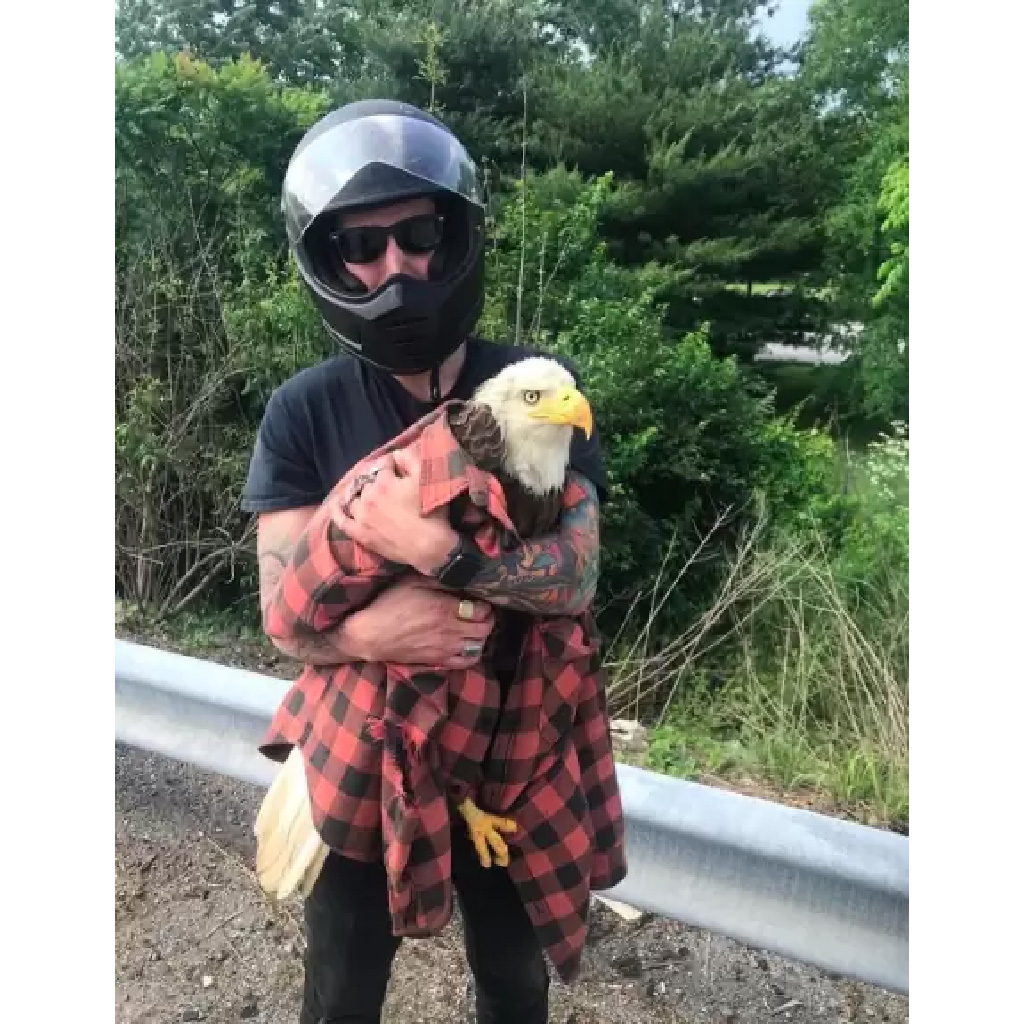 “I wasn’t really thinking about it when I was holding her,” Miller said. “I was just trying to keep her calm and make sure she knows she’s secure, and I wasn’t going to drop her or anything.” 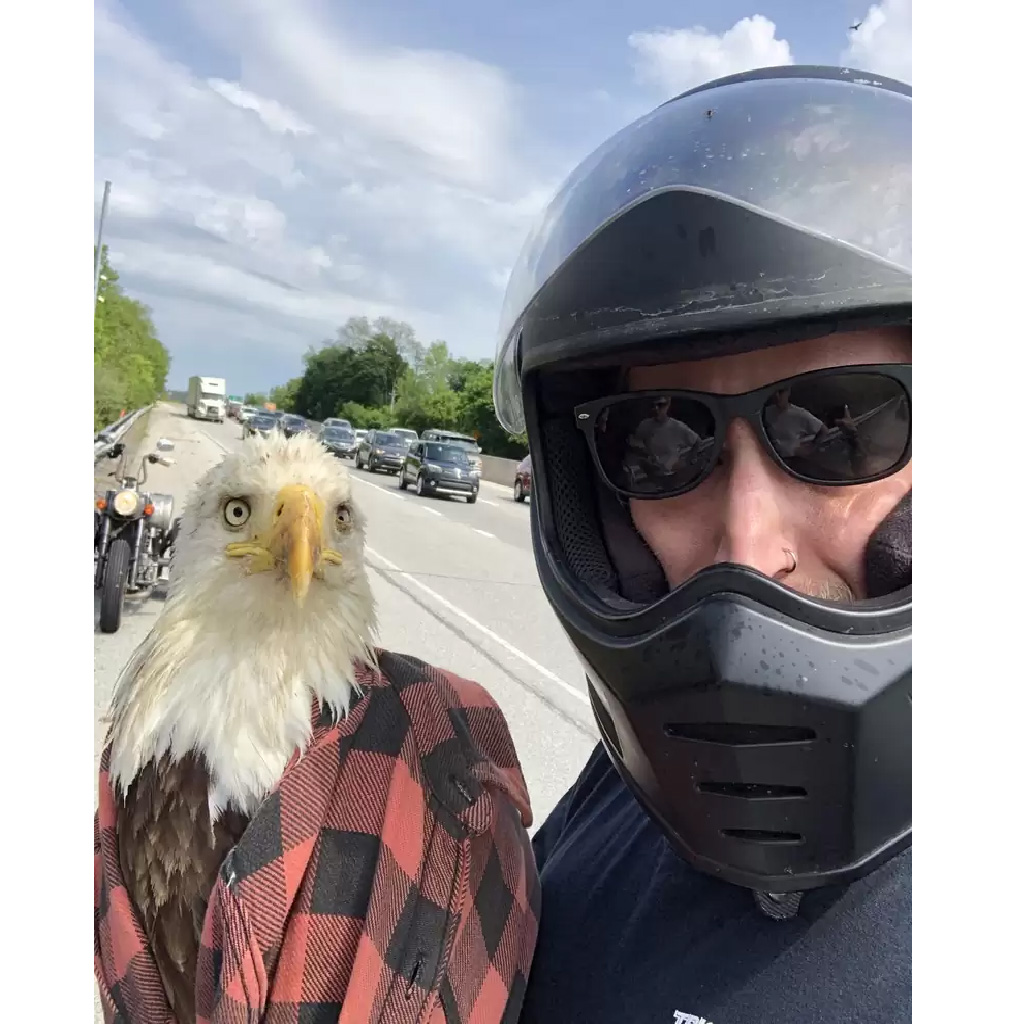