Animal videos are definitely one of the ways to win over the internet. And this video shared by the Denver Zoo has certainly melted the hearts of many.

The video of lion dad, Tobia, crushing his front legs and bending down to greet his baby cub was one of the most shareable videos that Denver Zoo Shared in the animal kingdom. 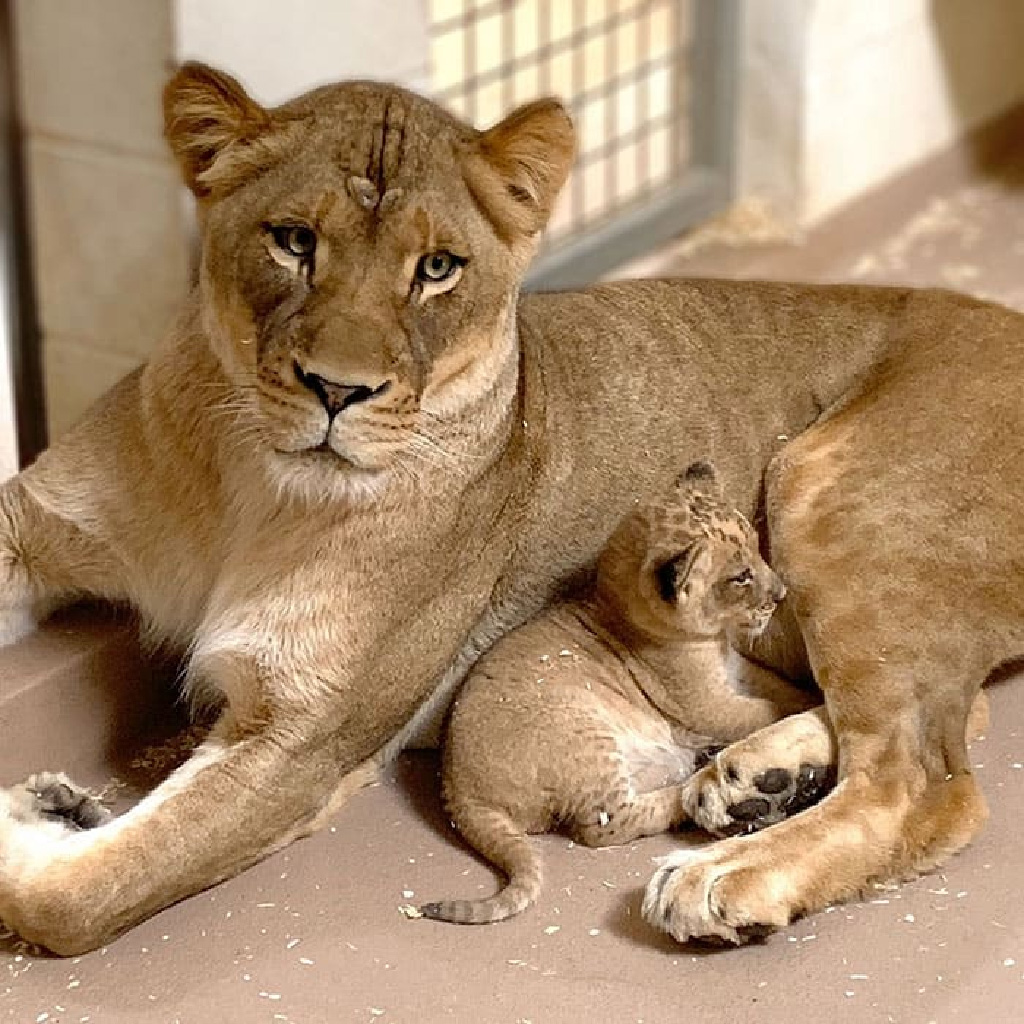 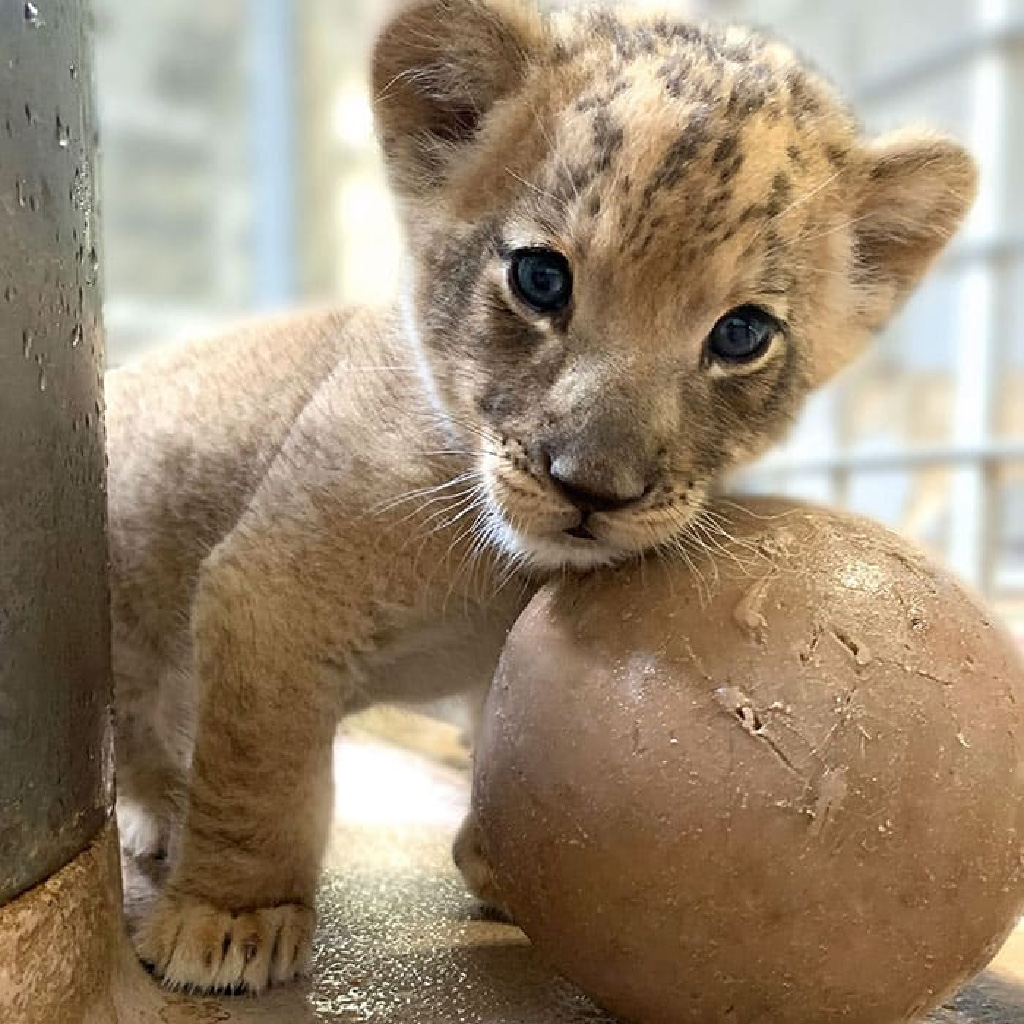 The two generations met for the first time and the big lion’s behaviors towards his son as he bent down to interact with his baby cub won over the internet immediately. Many are praising the father for his gentle behavior. The staff wanted to see what would happen when he’d first meet his daddy and recorded it on video.

Denver Zoo representative learned that the cub was born on July 25. “He’s spent the last couple of months bonding with his mom (Neliah), dad (Tobias), and half-sister (Kamara) behind the scenes at Predator Ridge at Denver Zoo, and will soon make his big public debut in one of the outdoor habitats,” Jake Kubié, the director of communications revealed. “He’s all the things you might expect of a lion cub: playful, curious, and energetic!”

The staff at the Denver Zoo couldn’t believe it when they saw the rare relationship forming. They couldn’t help but record a fascinating video of the two, and post it. It went viral within minutes. 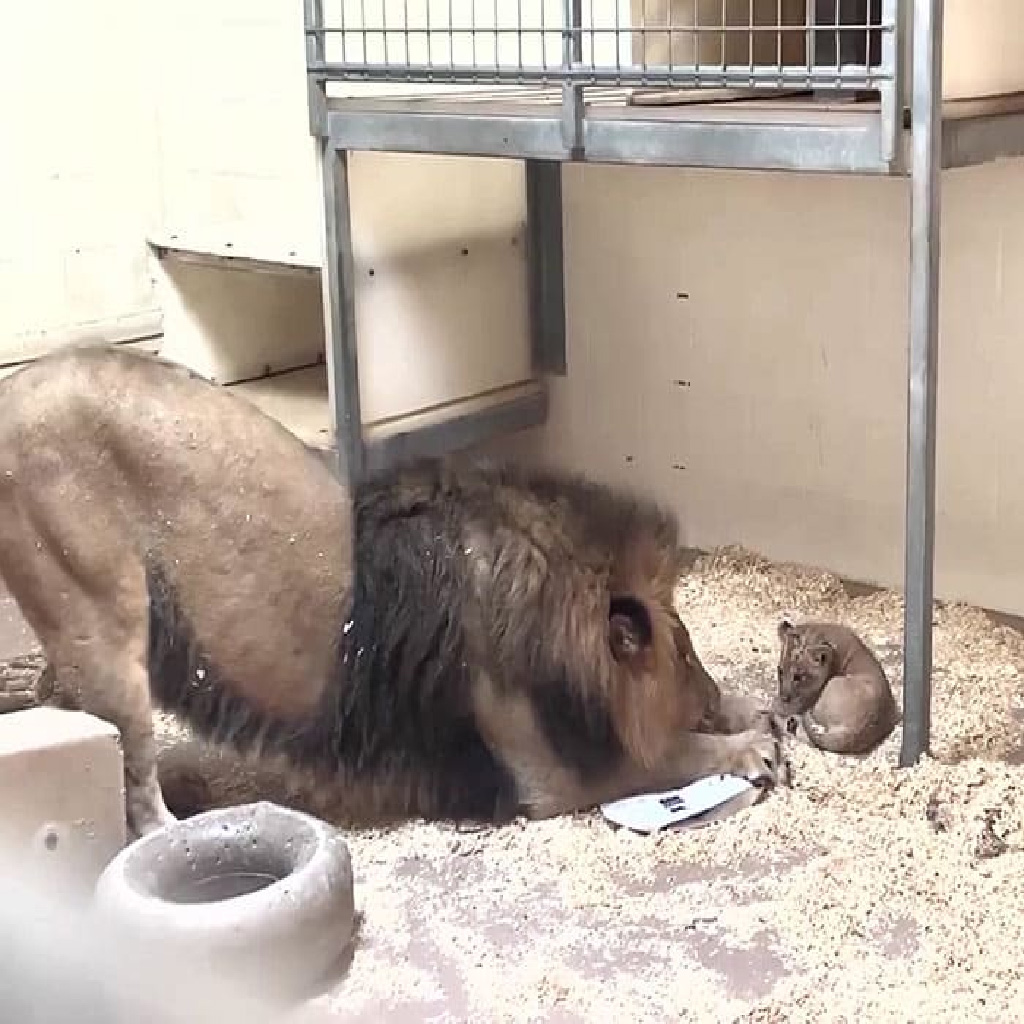 Since his first meeting with daddy, the cub has been spending a lot of time with him, his mom, and his half-sister. Nowadays, he spends most of his time away from the public eye because he is still so tiny and needs time to grow and be stronger. 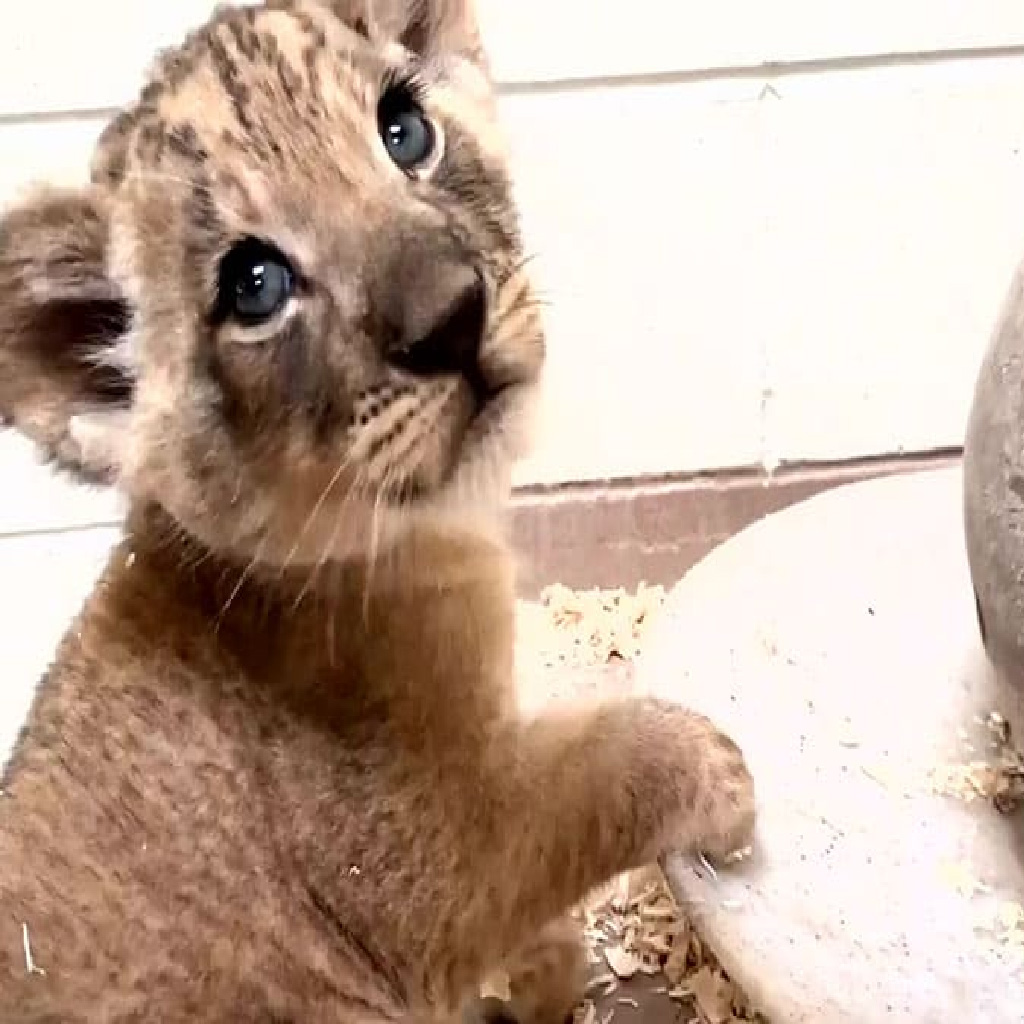 The cub’s parents, Neliah and Tobias are so adorable with their attention to his every need!. We hope that the adorable cub will have a happy life with his forever family at the Denver Zoo.

“It is very important to have in mind that half of the African lions have disappeared in the last 25 years and face increasing threats, ” the Denver Zoo representative said. “We hope that by seeing our lion cub, people will be inspired and take action to help protect their wild counterparts and other wild animals around the world,” he added 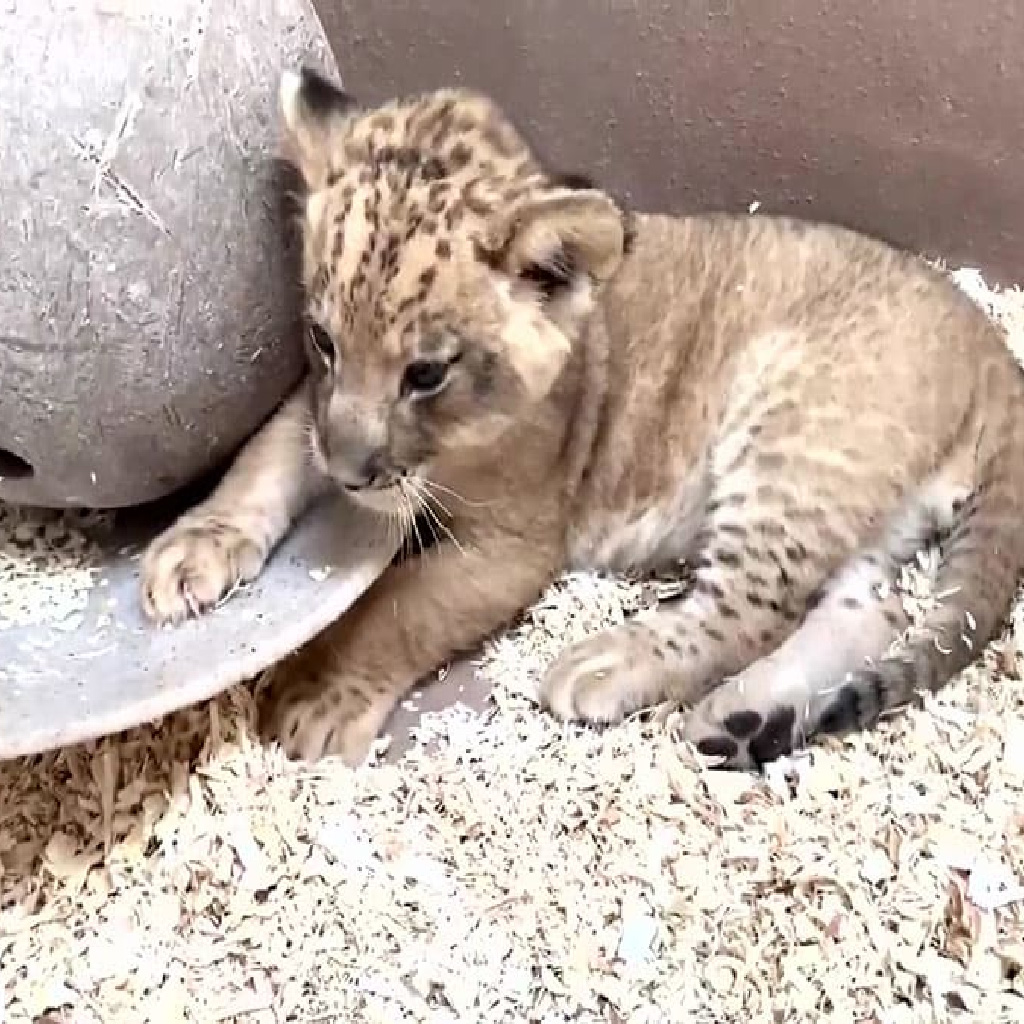 The cub’s birth is a huge success for the Lion Species Survival Plan (SSP), which ensures healthy, genetically diverse populations of lions within Association of Zoos and Aquariums (AZA) institutions.