Dolphins are known for their curious and playful personalities, as well as their interest in scoping out other creatures and objects that cross their path. Dolphins typically jump at the chance to make new friends, so it’s no surprise that an adorable dolphin duo seized the opportunity to meet a couple of furry friends that cruised by. 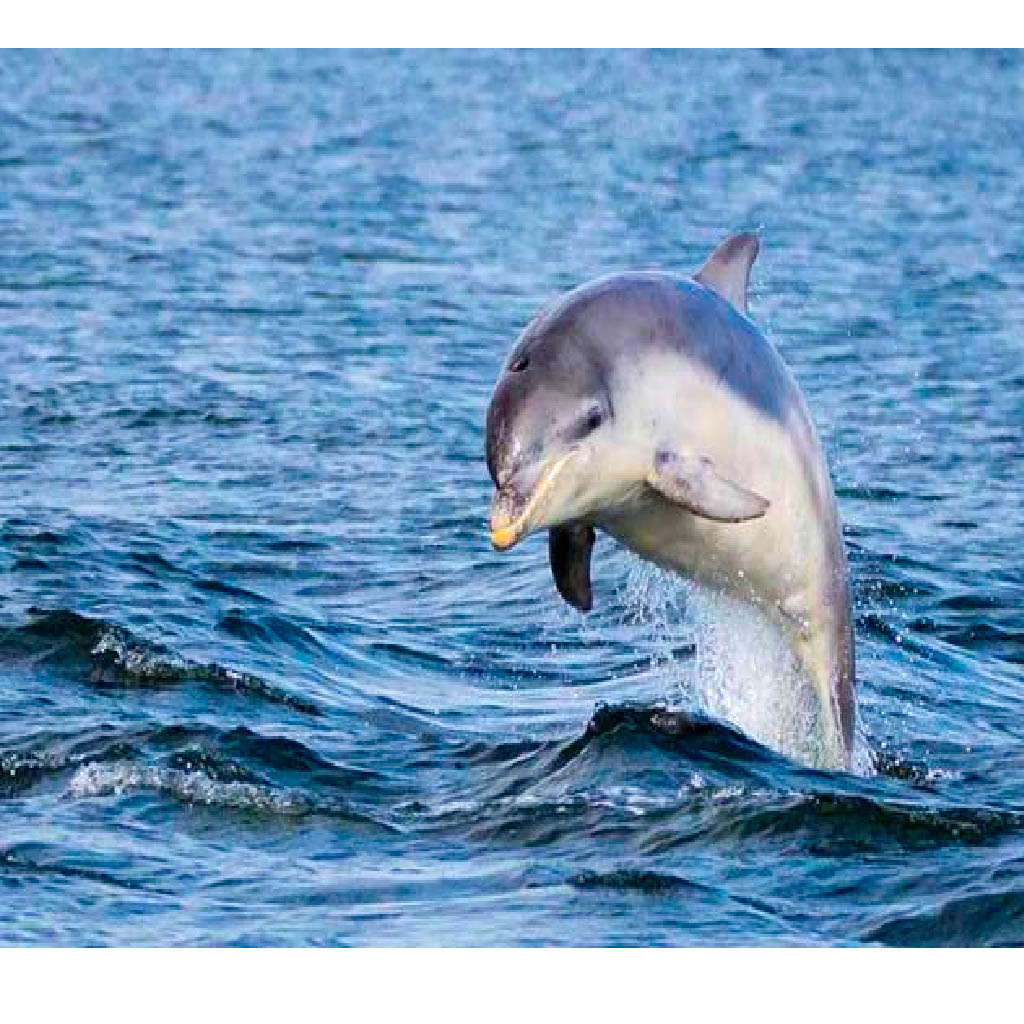 The two dogs were on an expedition with their marine biologist parents. The two enjoyed the sunny day and the exciting voyage when an unusual encounter took place. As they would soon discover, a curious dolphin spotted their vessel and began to follow them around, showing particular interest in the two furry creatures. The two canines, on the other hand, were just as fascinated by the playful marine mammal. 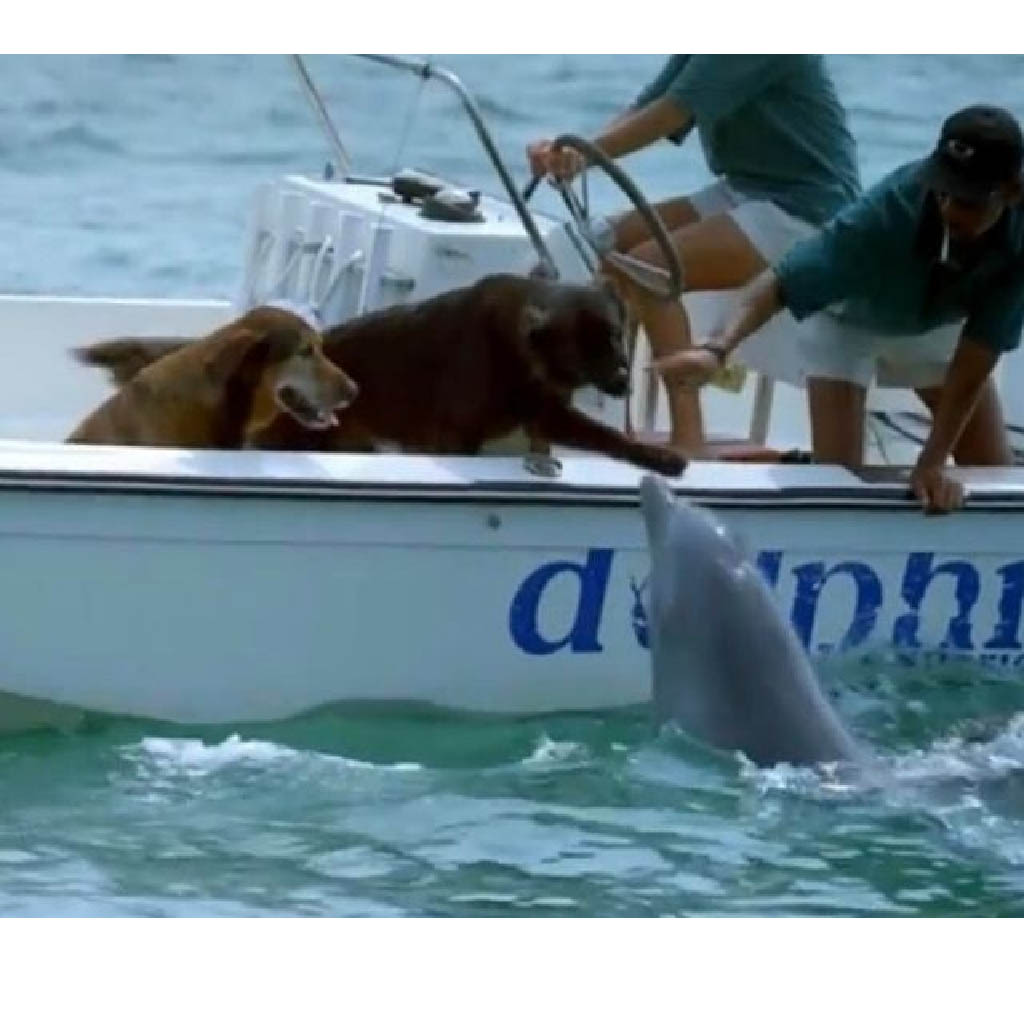 The dolphin jump for joy, performing a majestic flip in the water. A heartfelt moment that showcased the beginning of a beautiful friendship was captured during a normal day out at sea.
Once the boat came to a stop to allow their canine passengers to lean over and take a closer look, the curious dolphins eagerly swam toward the boat and greeted the two dogs.
A1
But even they didn’t expect what happened next. The playful dolphin stuck his nose out of the water and gave his canine friend a kiss! 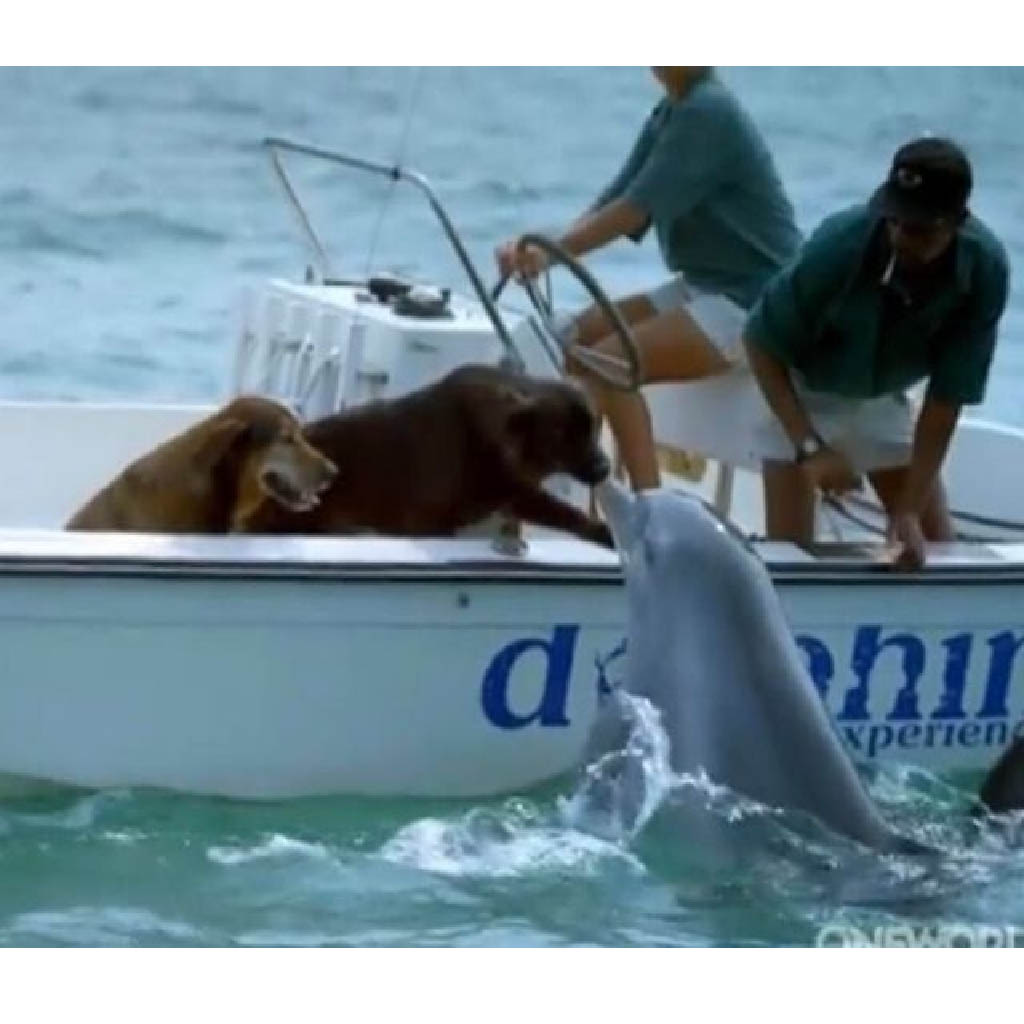 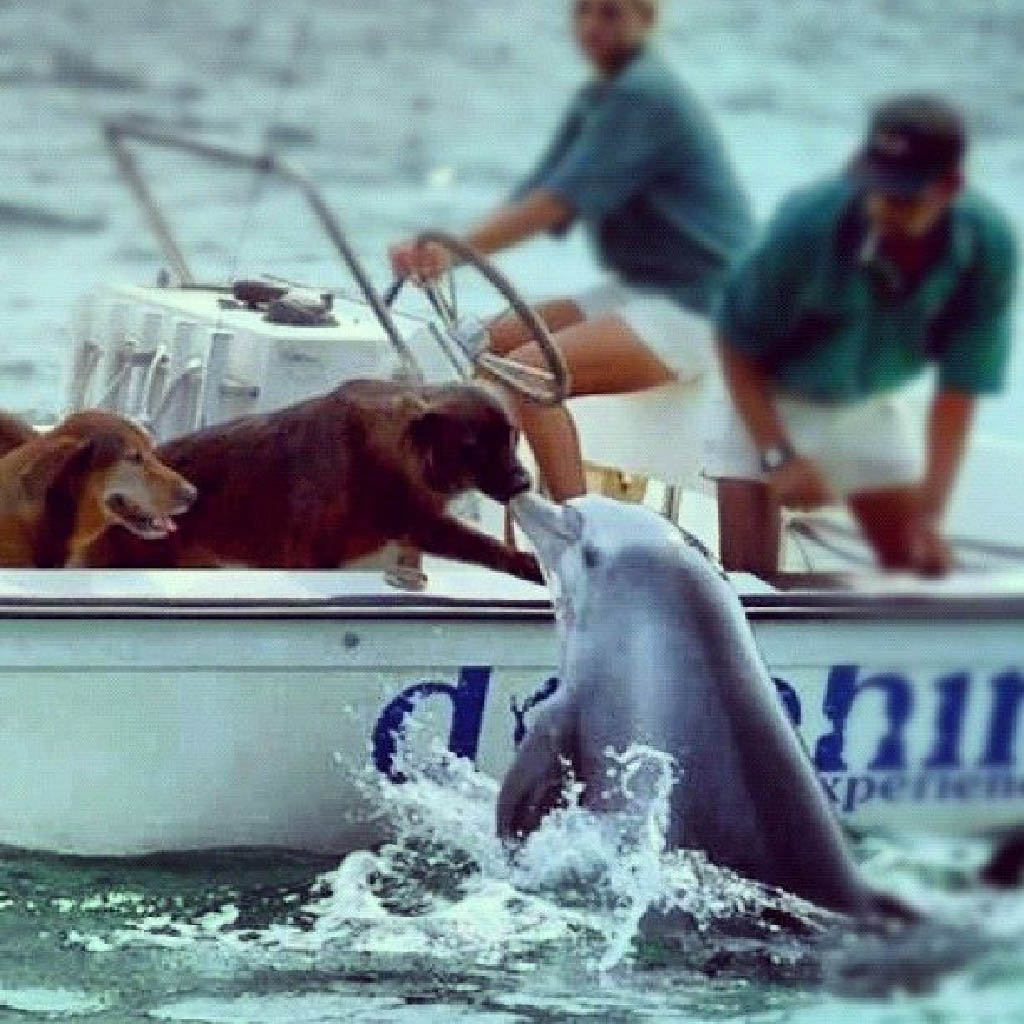 It’s clear in this scenario that love knows no species, and that this special moment would be imprinted on both of their hearts. As soon as the two unexpected friends shared this sweet moment, the dolphin immediately jumped in the air with joy. 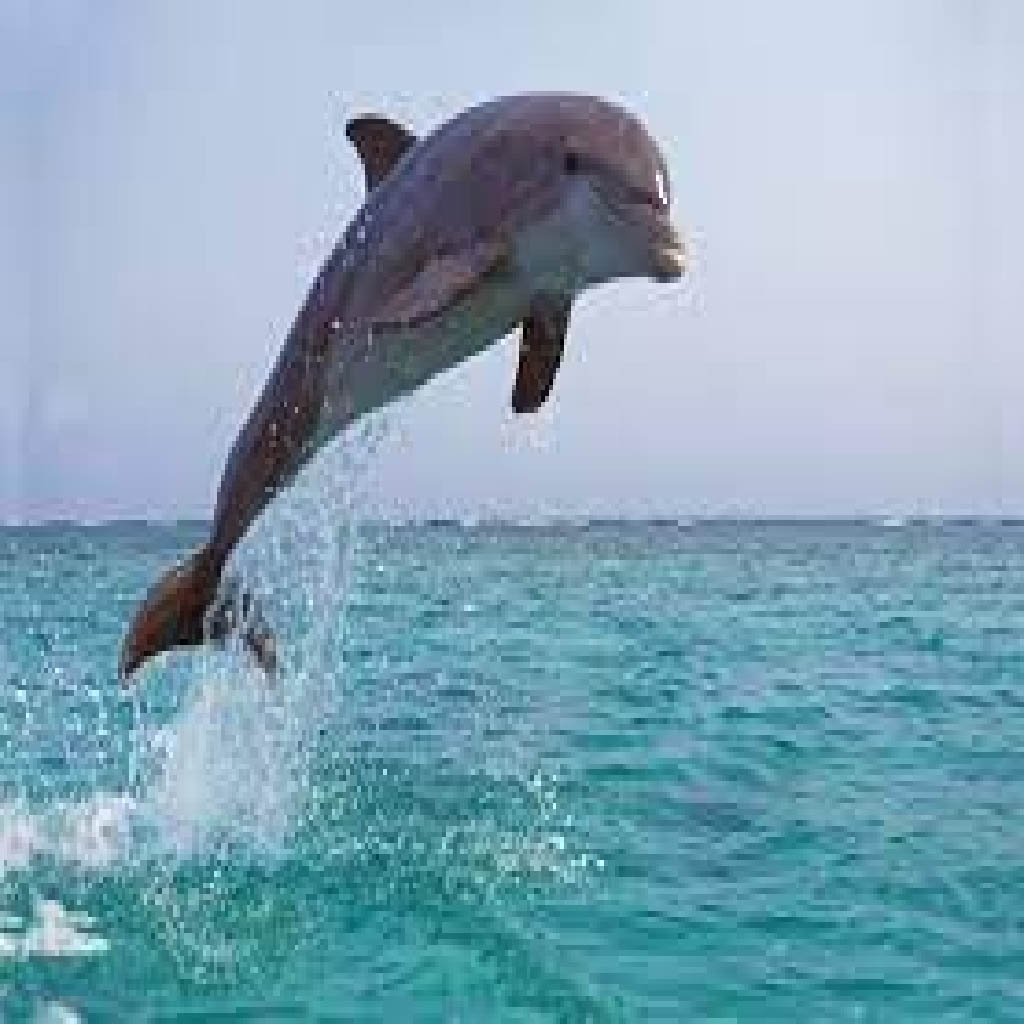 The incredible once-in-a-lifetime moment was caught on camera. It’s featured in the renowned IMAX film “dolphins” by MacGillivray Freeman Films, which shows the fascinating creatures in their natural habitats.
The short documentary, which originally aired in 2000, looks at the mysteries of dolphin communication and gives the viewer a unique view of dolphins at play. Since the 22-second clip of the sweet encounter from the documentary was uploaded to YouTube, it has been viewed over 5.9 million times.
At the end of the clip, a similar-looking dolphin is shown jumping out of the water in joy. Probably creative editing, but sweet nonetheless. You can rent or stream the documentary online. The documentary is narrated by Pierce Brosnan, features music by Sting, and gives viewers an inside look at these intelligent sea mammals.