Despite living a tough life at the train station, this homeless man Loong Dum from Thailand always makes sure that his friends, stray cats, are cared for and well-fed. He may not have any children, but he knows the responsibility of care. 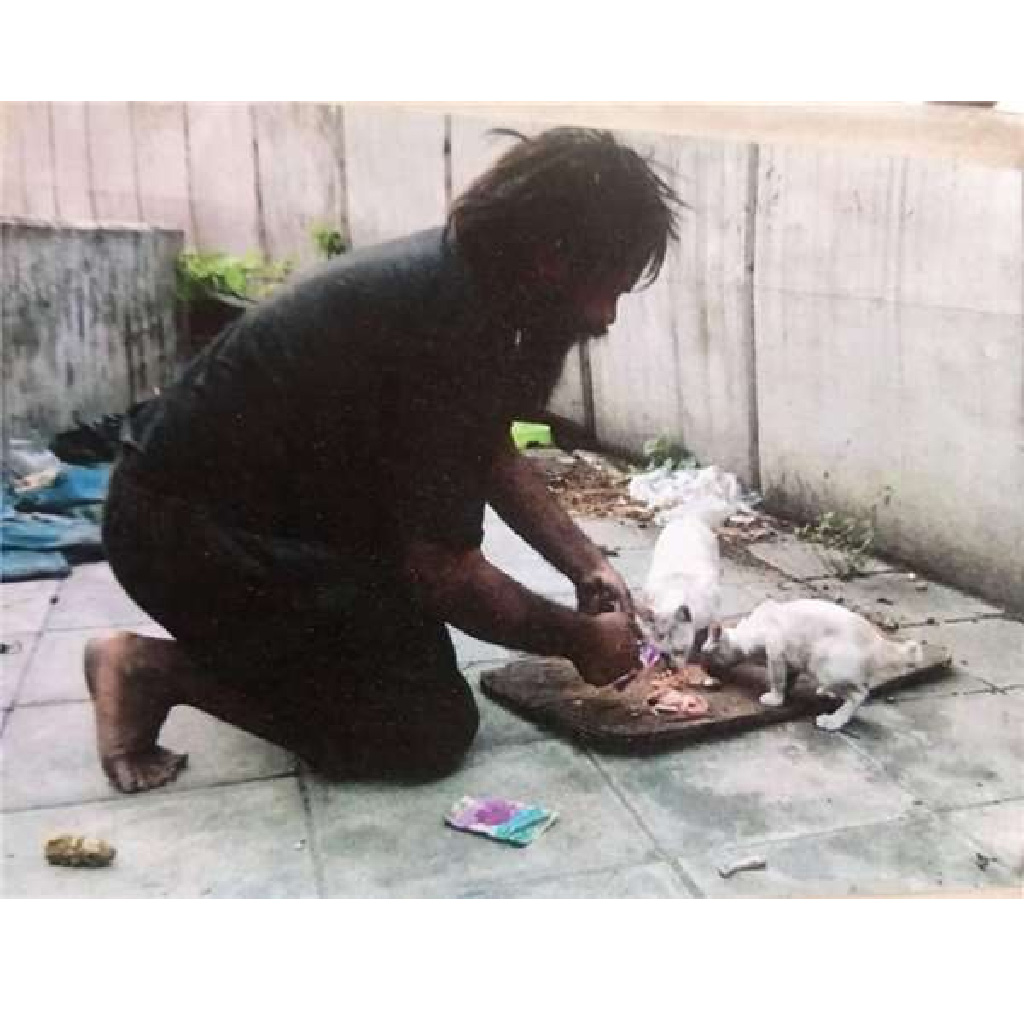 Meet Loong Dum who has moved thousands of hearts on the internet by feeding stray cats on the streets of Thailand even when he himself could barely afford a decent meal. Loong who has been homeless for years earns money by selling limes at the Mo Chit BTS train station in the bustling city of Bangkok.
The man, “Loong Dum”, has been caring for the local homeless cats since he first came across one. 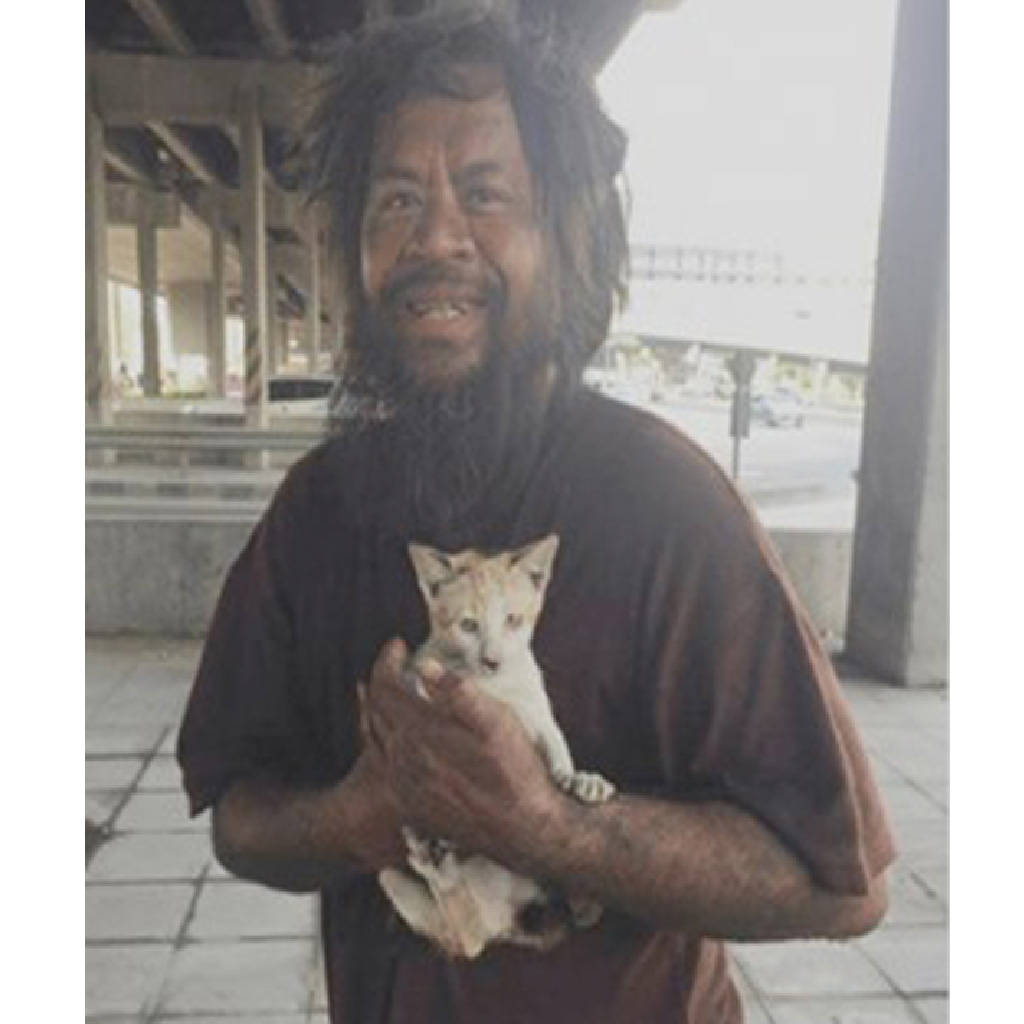 Every day he sells limes to raise funds to feed the strays.
When asked why he would make such sacrifices to stray cats, he said that the stray cats he feeds every day are his family and that they rely on him to get food. 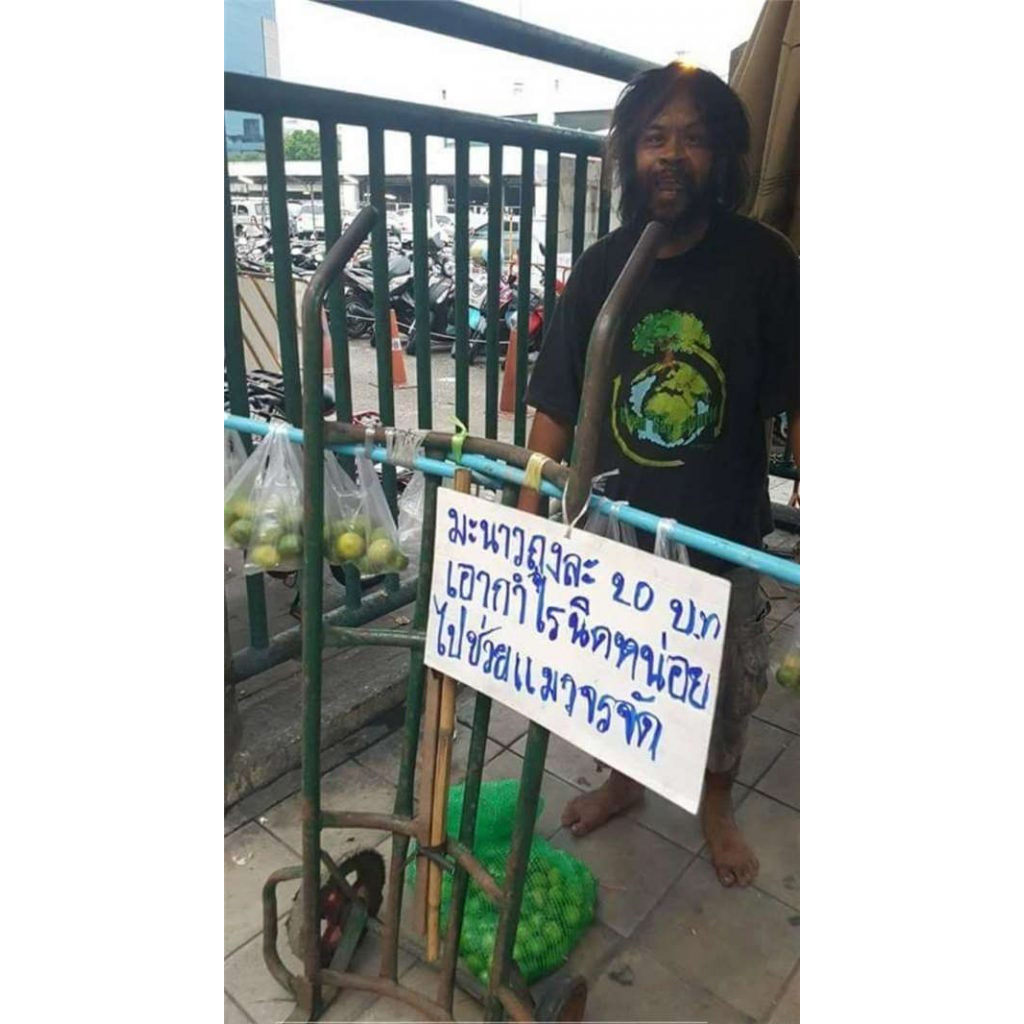 The story of Loong Dum has viral after a young woman named Warunya Wattanasupachoke, saw him selling limes with a sign saying, “20 baht per bag, profits will pay for stray cats food expenses.”
Animal lovers admire his kindness and offer to help him when his story is made around on social media. Some of them came to buy limes from him while others gave him cat food and supplies. 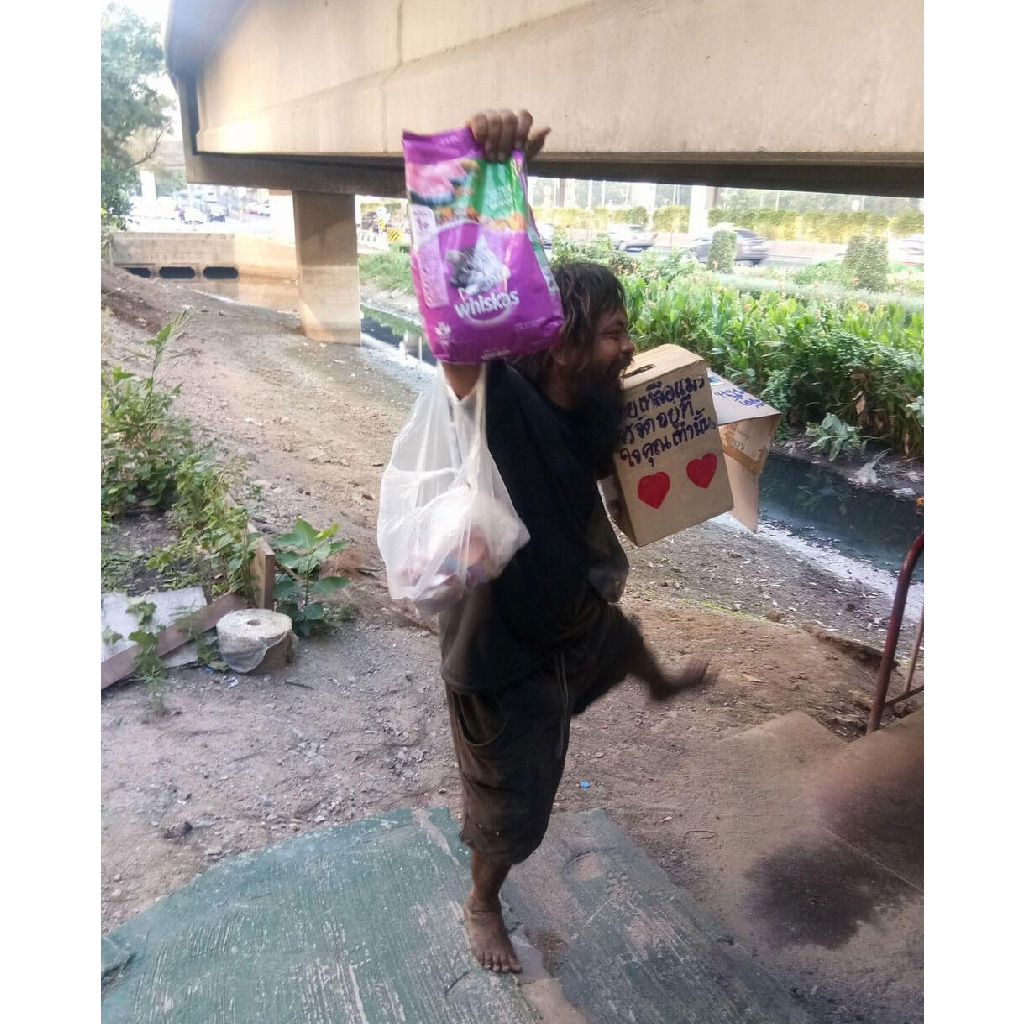 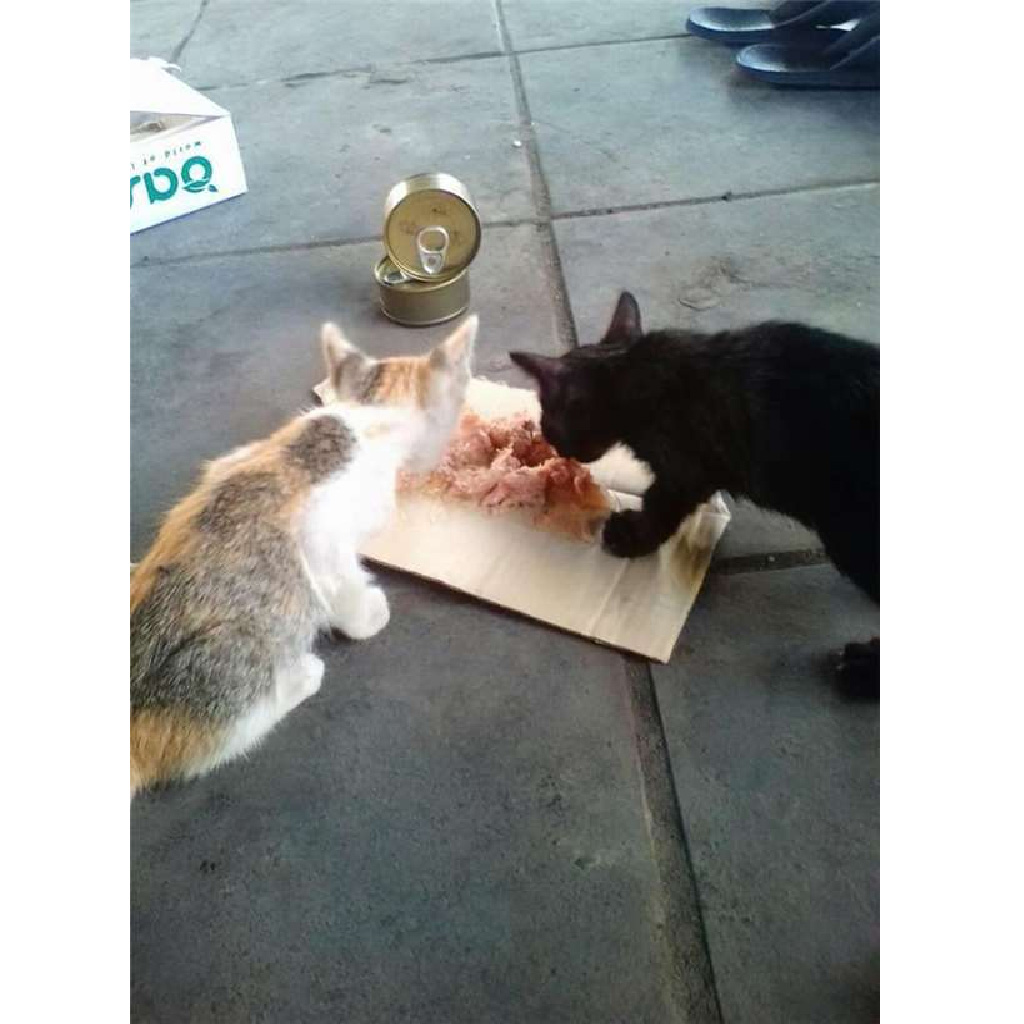 Loong may still be living on the streets and selling limes to earn money to buy food for the stray cats, but he knows it makes his heart content. 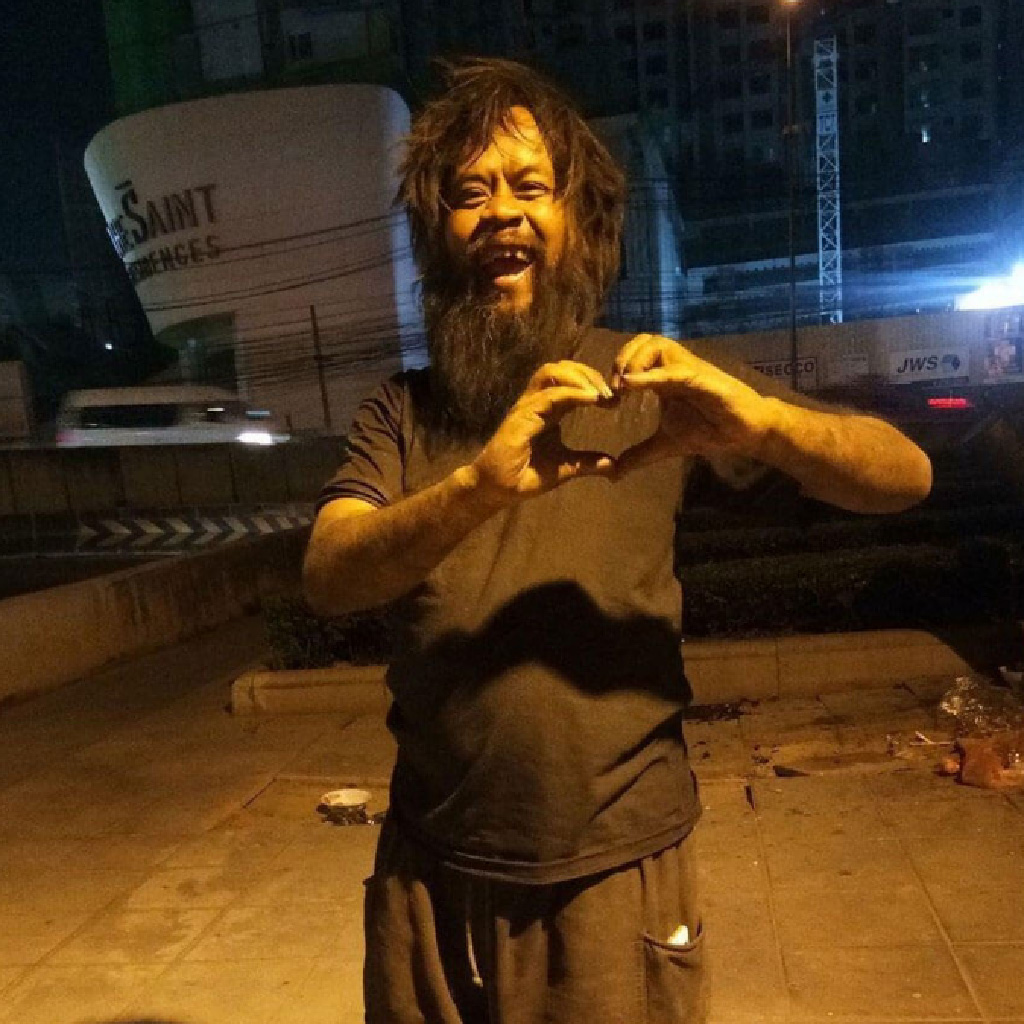 After that, some people even took him to get a haircut and gave him brand-new clothes. After he got his makeover, he went back to the street to sell limes because his life is meaningless without his beloved cats.

“We shouldn’t judge someone based on their appearance,” Warunya said. “Take Loong Dum for example. Though he is homeless and rugged-looking, he has a big heart.” 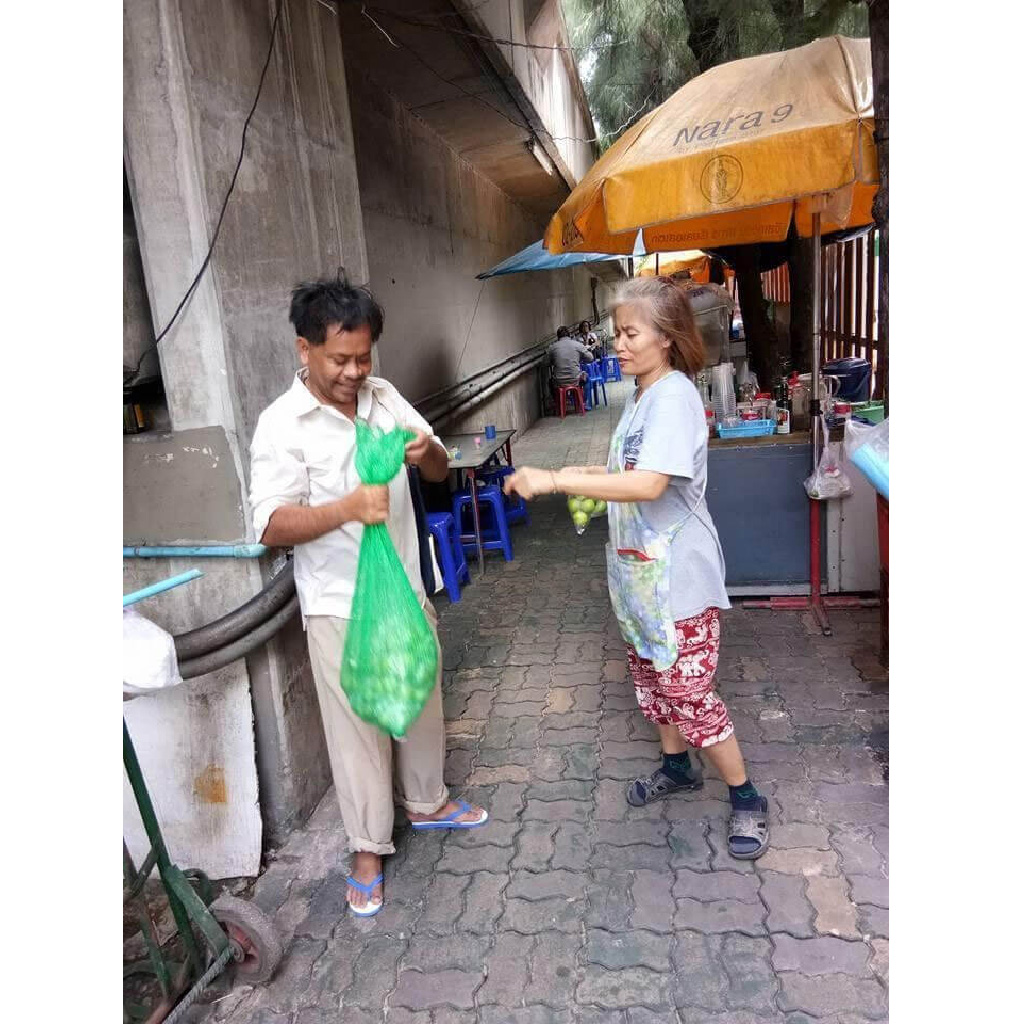