There is no need to doubt that dogs are more loyal than people. They not only love us but are ready to make risky steps in order to see us unharmed. But in this story a woman from Tijuana, Mexico has the same love for her stray friends. She refused to go to a shelter because the authority doesn’t let her take the stray dogs with her.

A 65-year-old woman in Mexico has captured hearts across the globe after she chose to live in a plastic bag on the streets rather than in a homeless shelter so she could continue to care for her six dogs. Luz Maria Olmedo Beltran, known as Chole, has been living on the streets of Tijuana for eight years, having made an improvised shelter for herself and her beloved dogs out of the plastic bag. 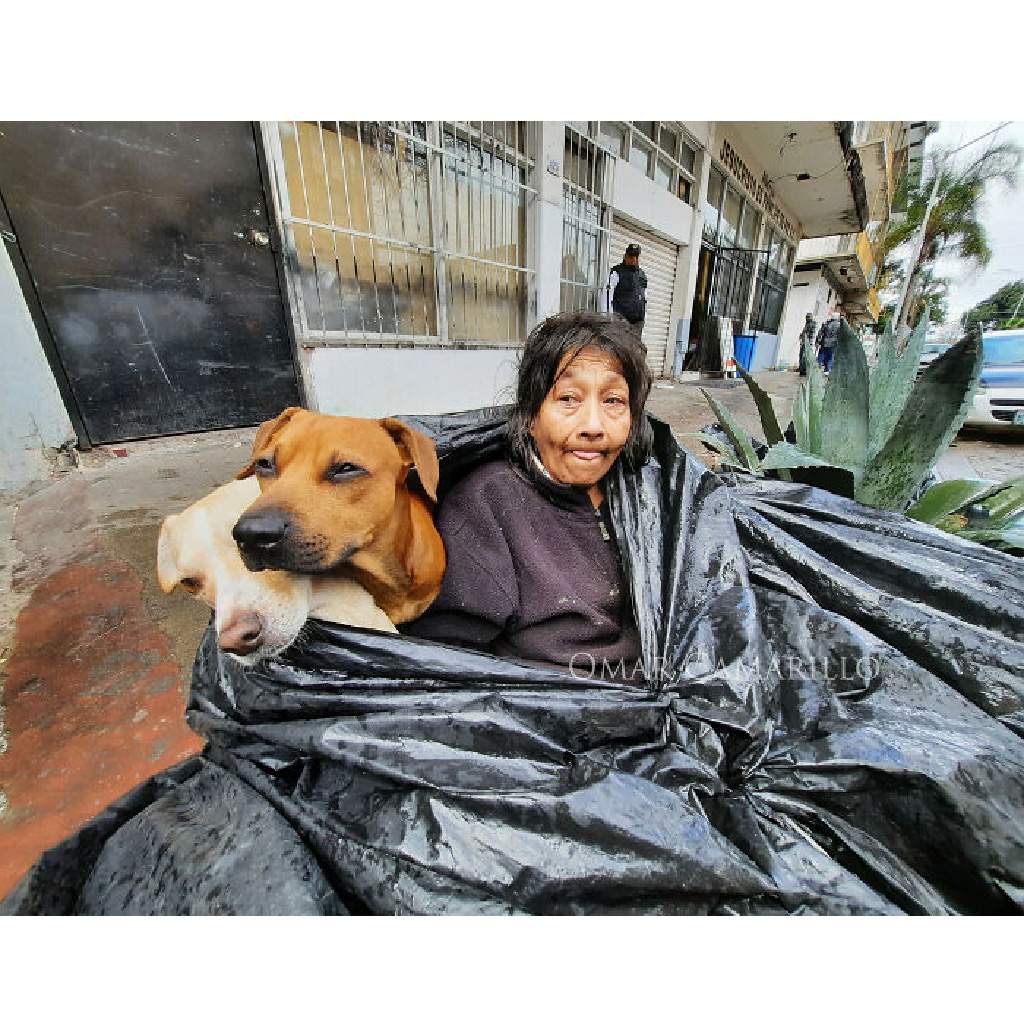 The police convinced Chole to find shelter for the night. So, she gathered her dogs and trash bag up and allegedly went to stay with her son. 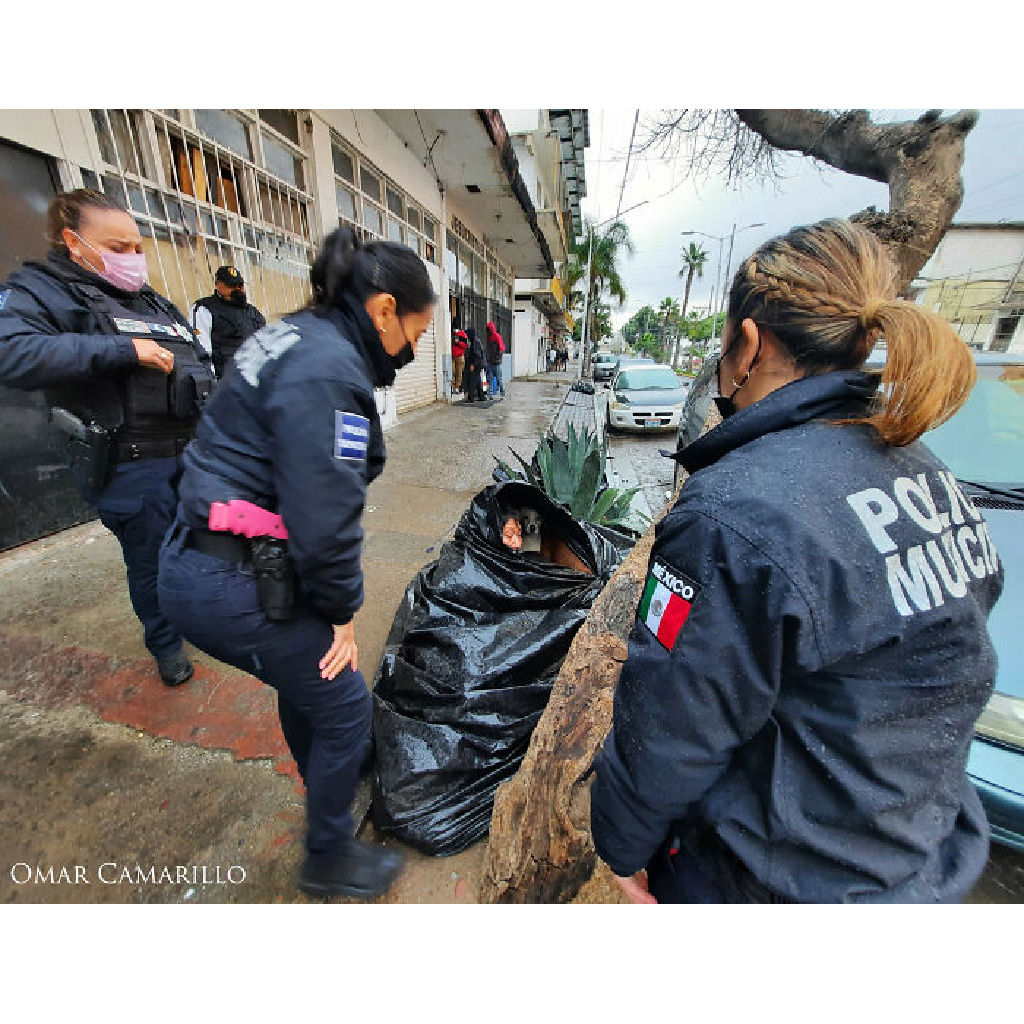 However, the next day she was back on the streets.
The police officers spent half an hour trying to persuade the woman to accept their help and stay at a shelter, but she burst into tears as she didn’t want to leave her faithful companions behind. The animals are not allowed at the shelter, so she chooses to stay outside no matter what. 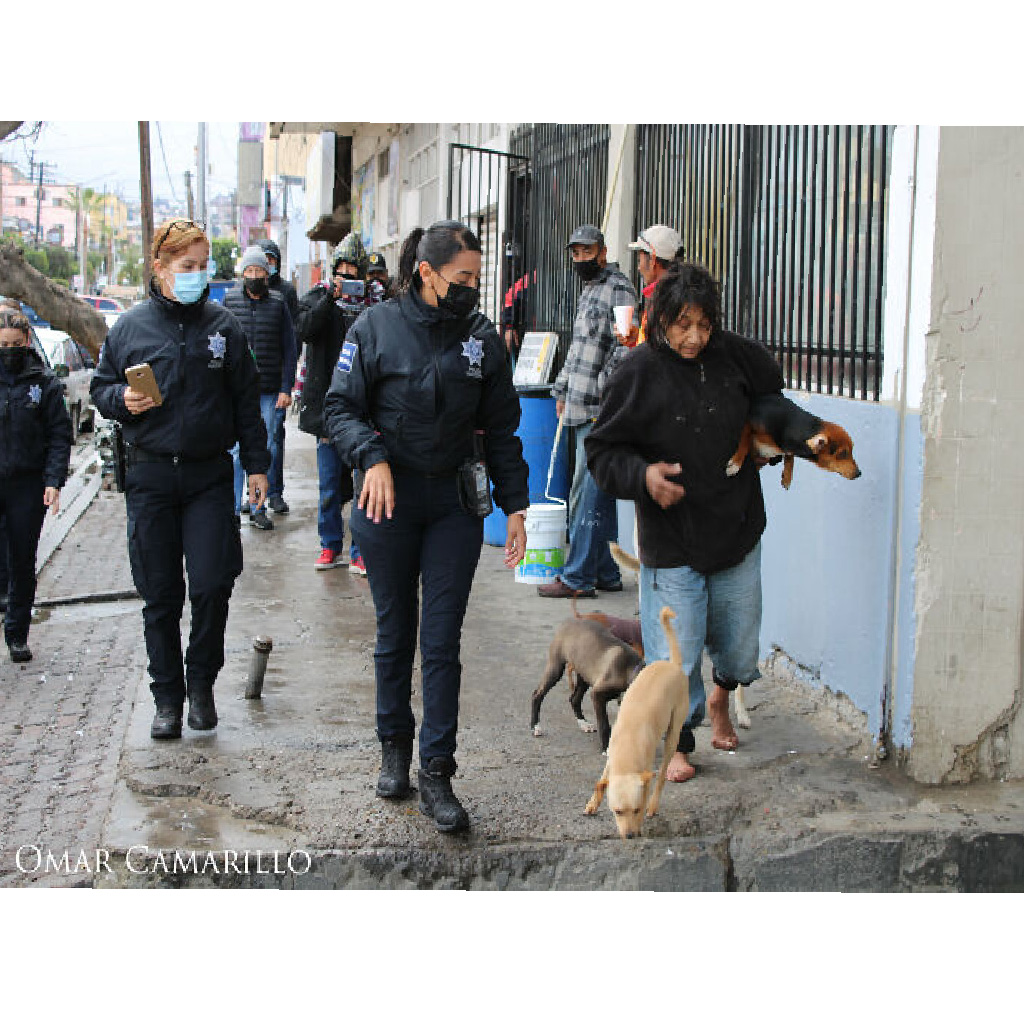 Alejandra Cordova Castro posted about her good deed on her Facebook not to get attention, but to encourage people who are around to contribute with whatever they can and even offered to help transport it. “Chole” can be found between Constitución street and Baja California in Tijuana. 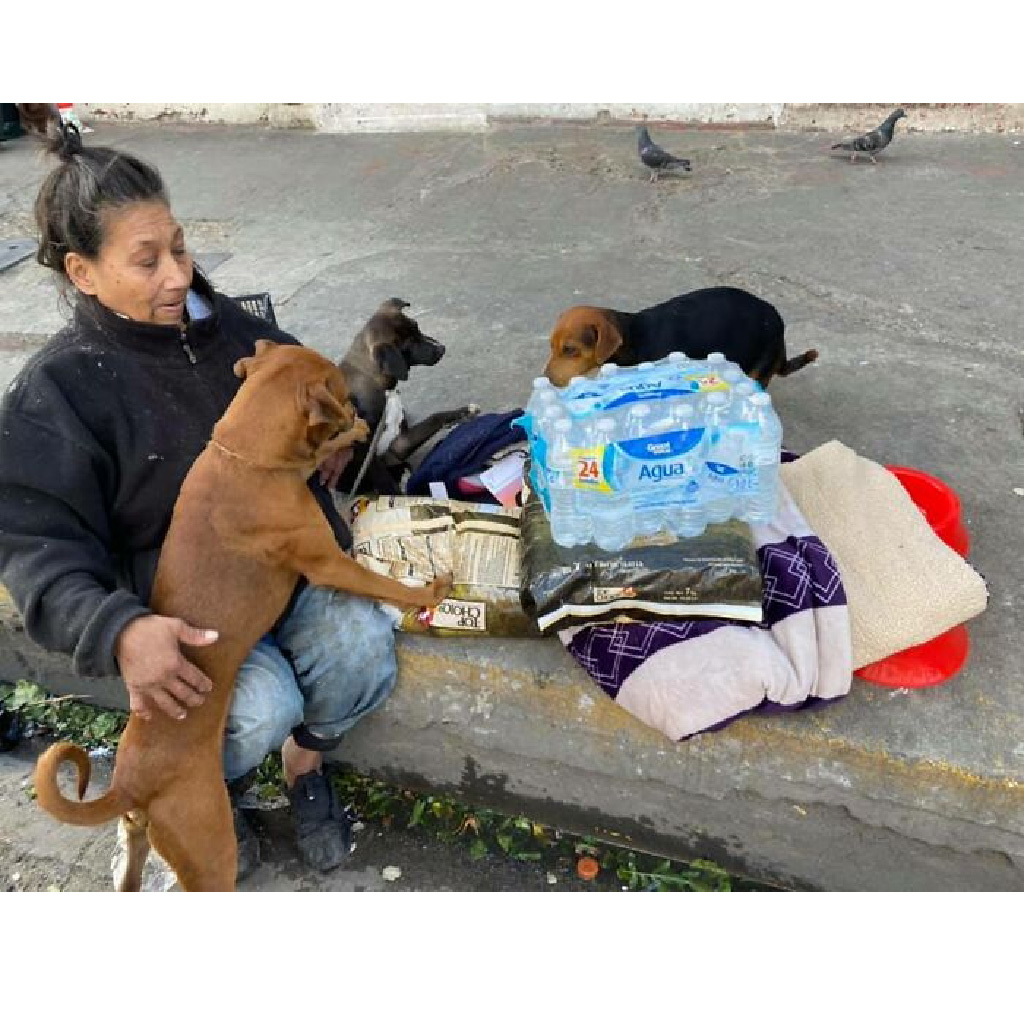 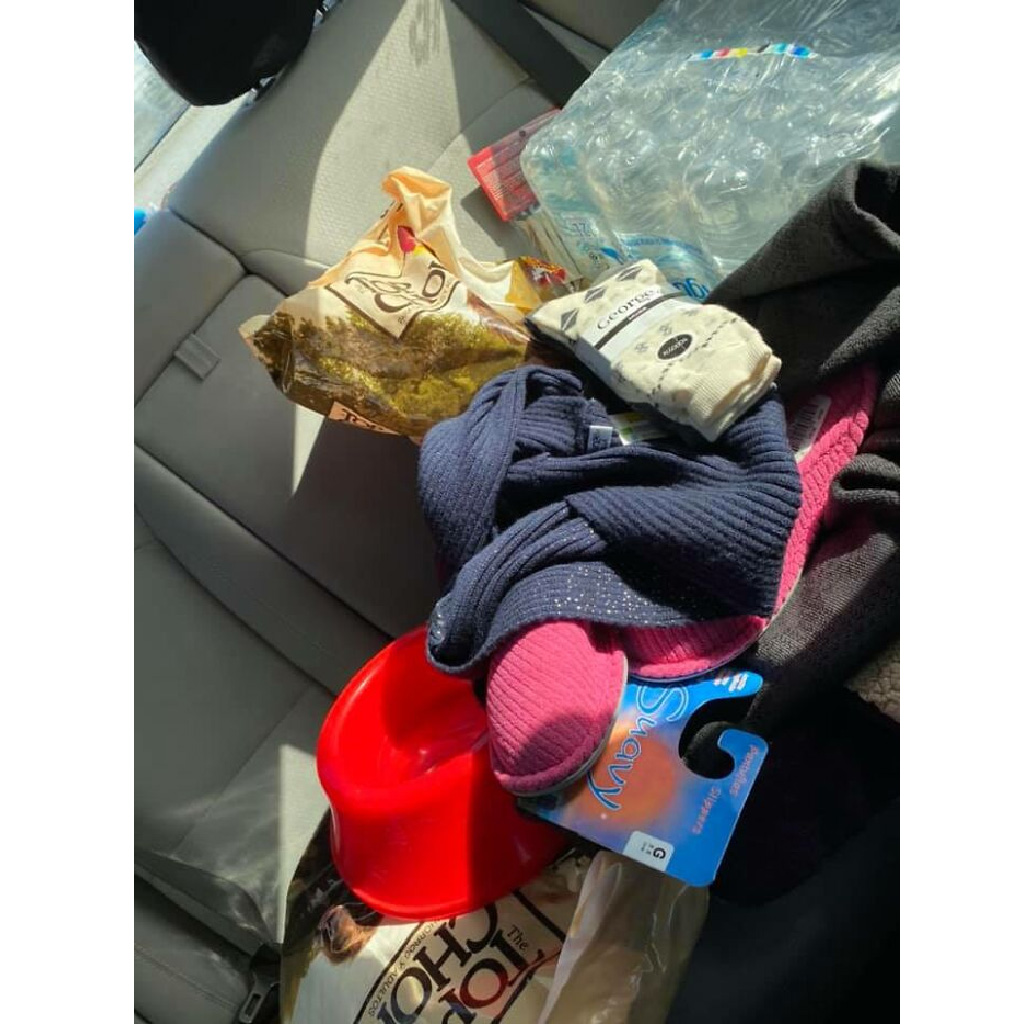 The story got a lot of attention online, but Alejandra was actually the first one to help, and she encourages others to do the same

Castro brought Chole blankets, socks, food, and water. One of Chole’s dogs was moments away from giving birth and Castro knew that someone needed to help in any way possible

“She said thank you so many times that she made me cry,” Alejandra said. 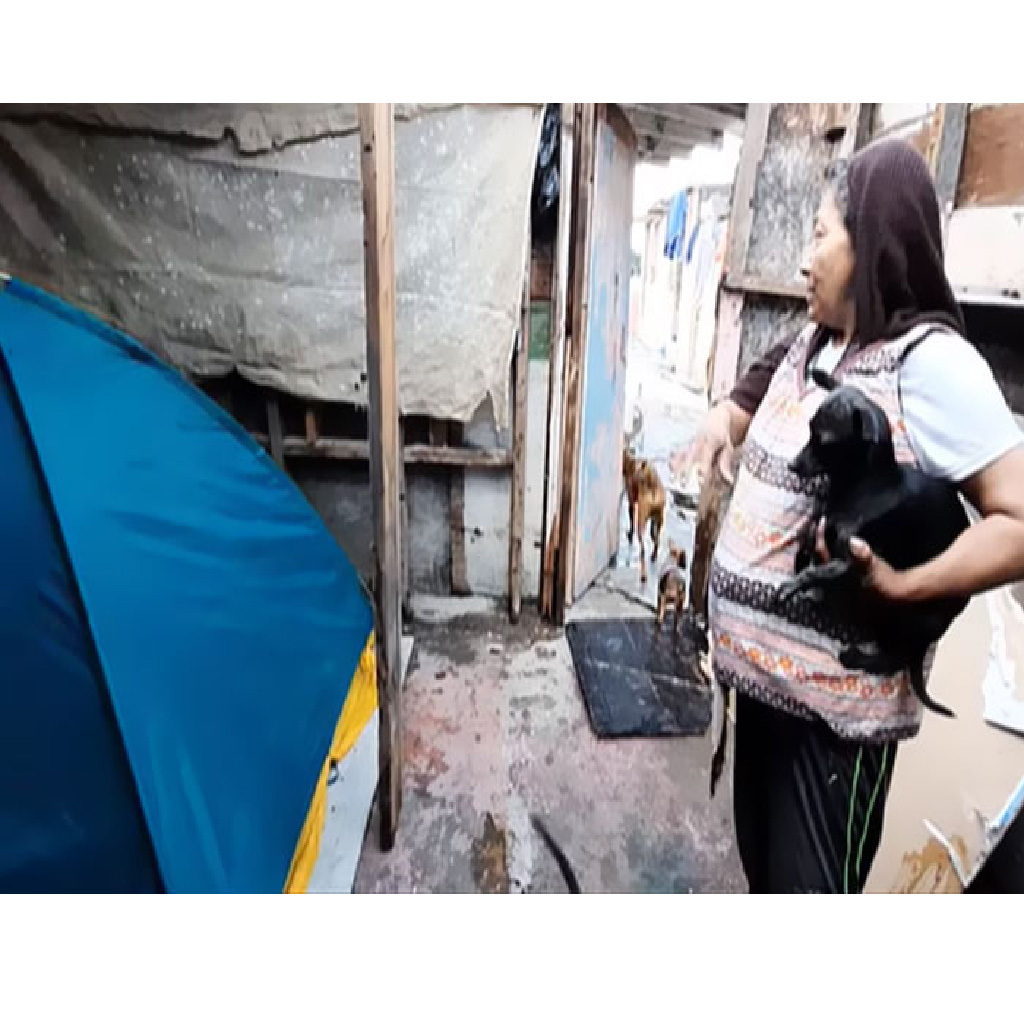 Despite life treating her harshly, “Chole” has a kind heart and hopes the government donates a place for her so that she can rescue even more dogs.

“Chole” now stays at the shelter for 50 pesos a day. It’s in a very bad condition, but at least her furry family is together