A horse named Buckshot was the main event at one Indiana couple’s maternity shoot. 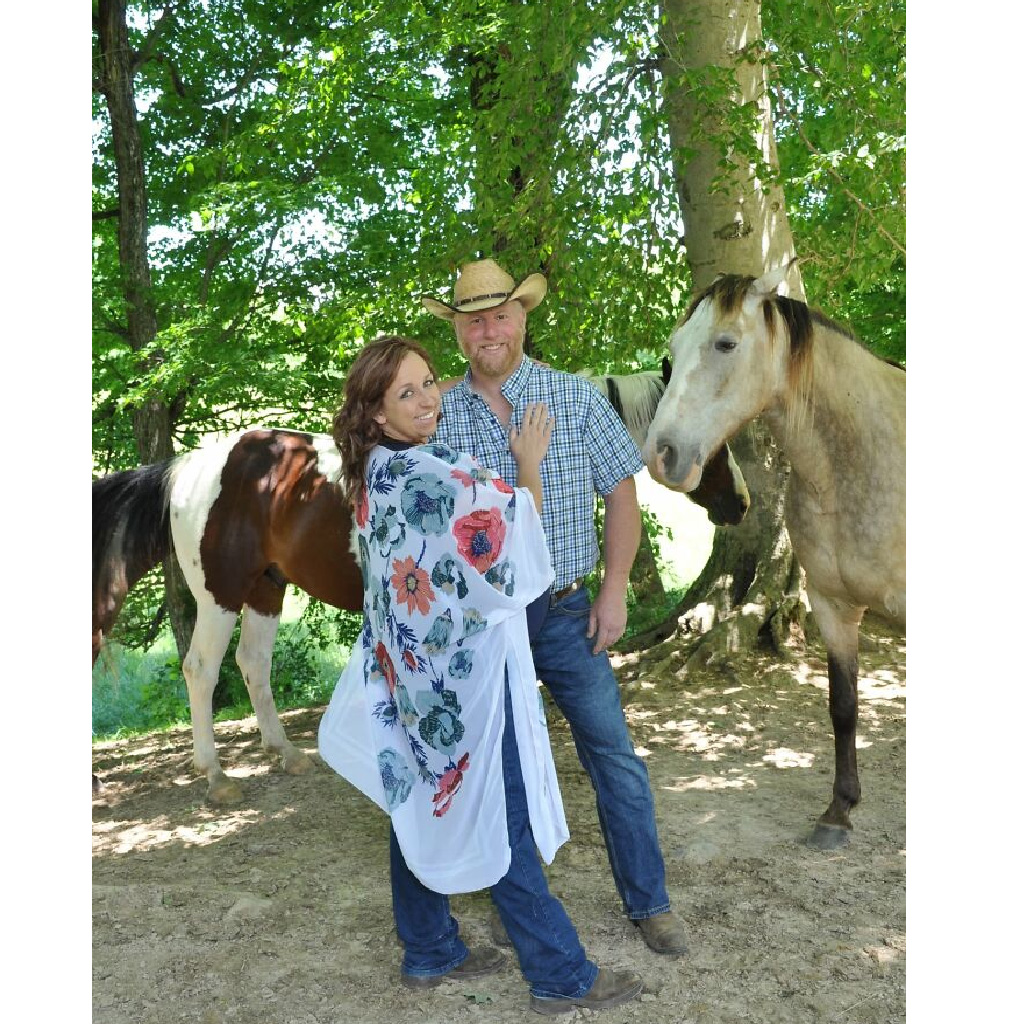 When Amanda Eckstein and her partner Phillip Werner from Indiana wanted to celebrate their pregnancy with a cozy maternity photoshoot, they didn’t expect this would turn into a day to remember. They were posing for Kristen Zaffiro’s camera with their horses until one of them, a goofy horse with quite a personality named Buckshot, decided to steal the show in the most hilarious way. When Zaffiro asked the horse to smile, he surely delivered with the biggest and most infectious smile. 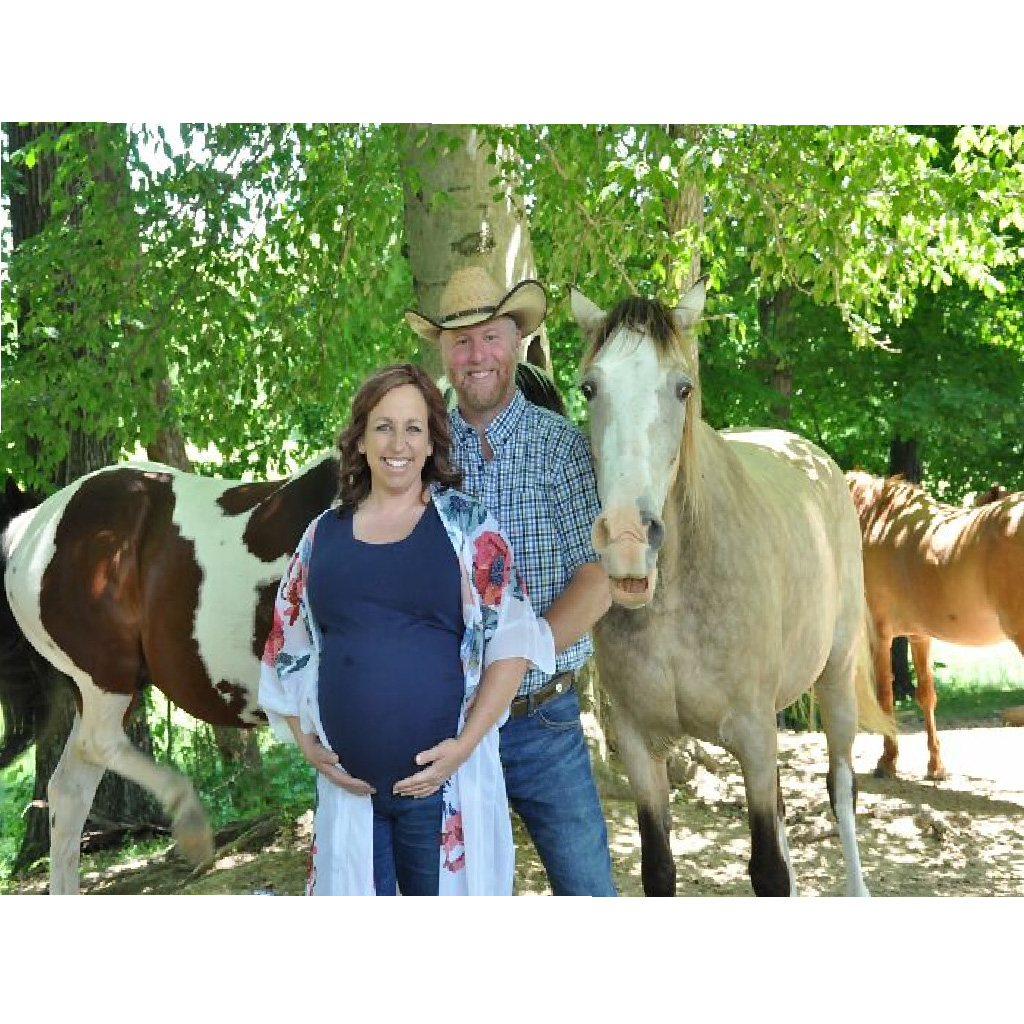 Buckshot, a 12-year-old Tennessee Walker, was extremely curious among the pack and was all smiles for the camera while Eckstein and Werner posed in a shady area surrounded by tall trees. 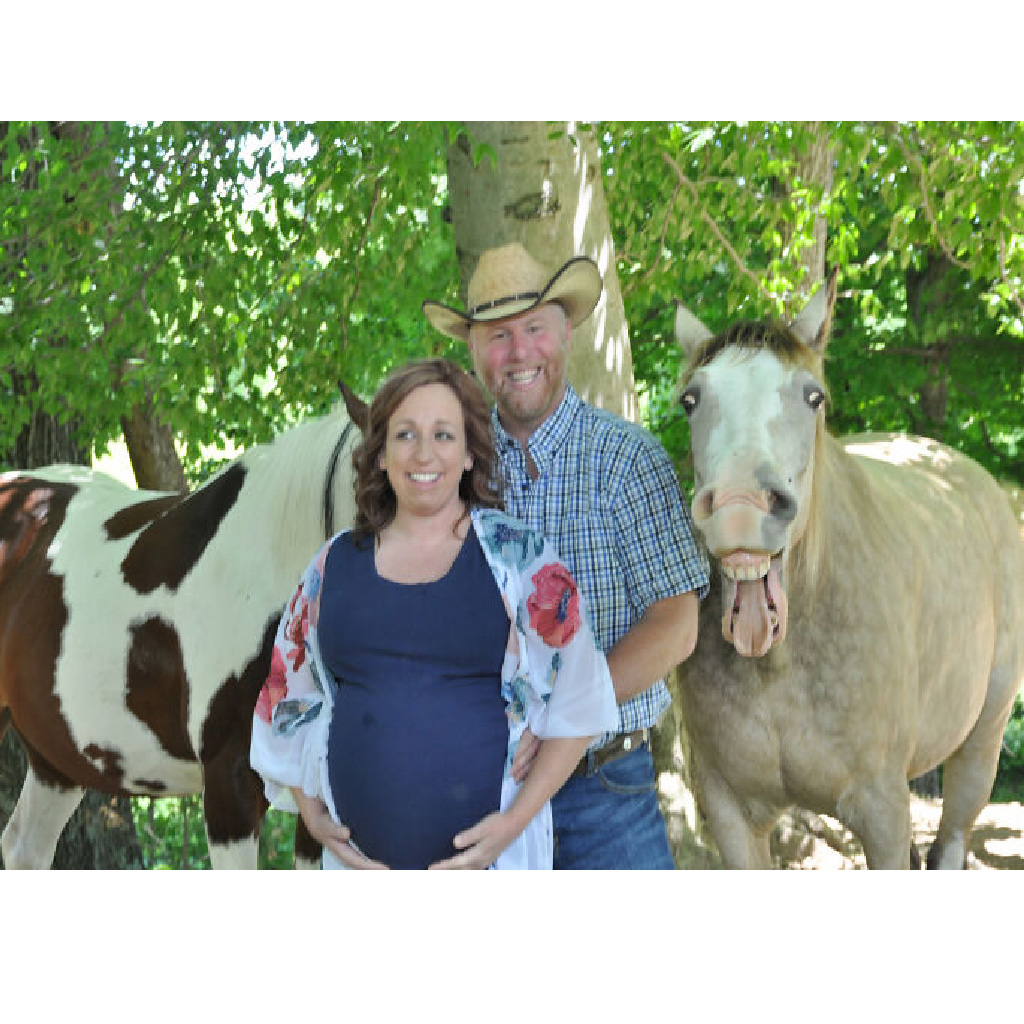 “Who knew when I told THIS horse to smile, he would,” the photographer shared her photos in a Facebook post earlier this month, adding that it was the best maternity shoot ever.

“Buckshot loves to be the center of attention and being in the midst of everything,” Eckstein, 37, told. “Like our maternity shoot is all about him. We were trying to get photos with the rest of our horses, and he would keep walking by. He knew what he was doing.” 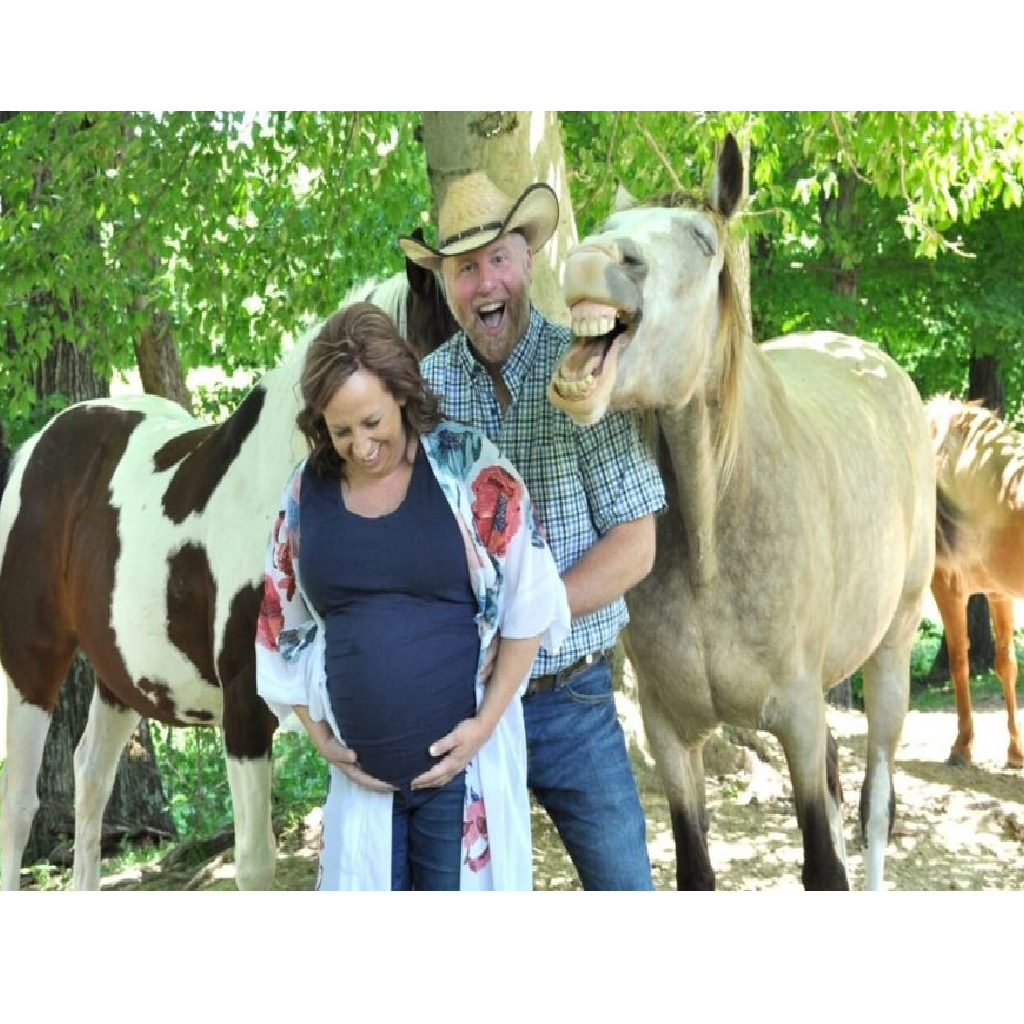 Eckstein described Buckshot as the “class clown” and said he is notorious for getting into mischief on their farm.
Buckshot is a family horse who has proven to be a jokester in the last nine years he’s been with them. “He’s usually the class clown of the group,” Eckstein said. “He’s always into mischief.”

“He’ll open the gates and set the other horses loose,” she laughed. “He thinks it’s funny to bust through fences. He’s constantly doing silly things like we’ve had horses untied in the middle of the night.” 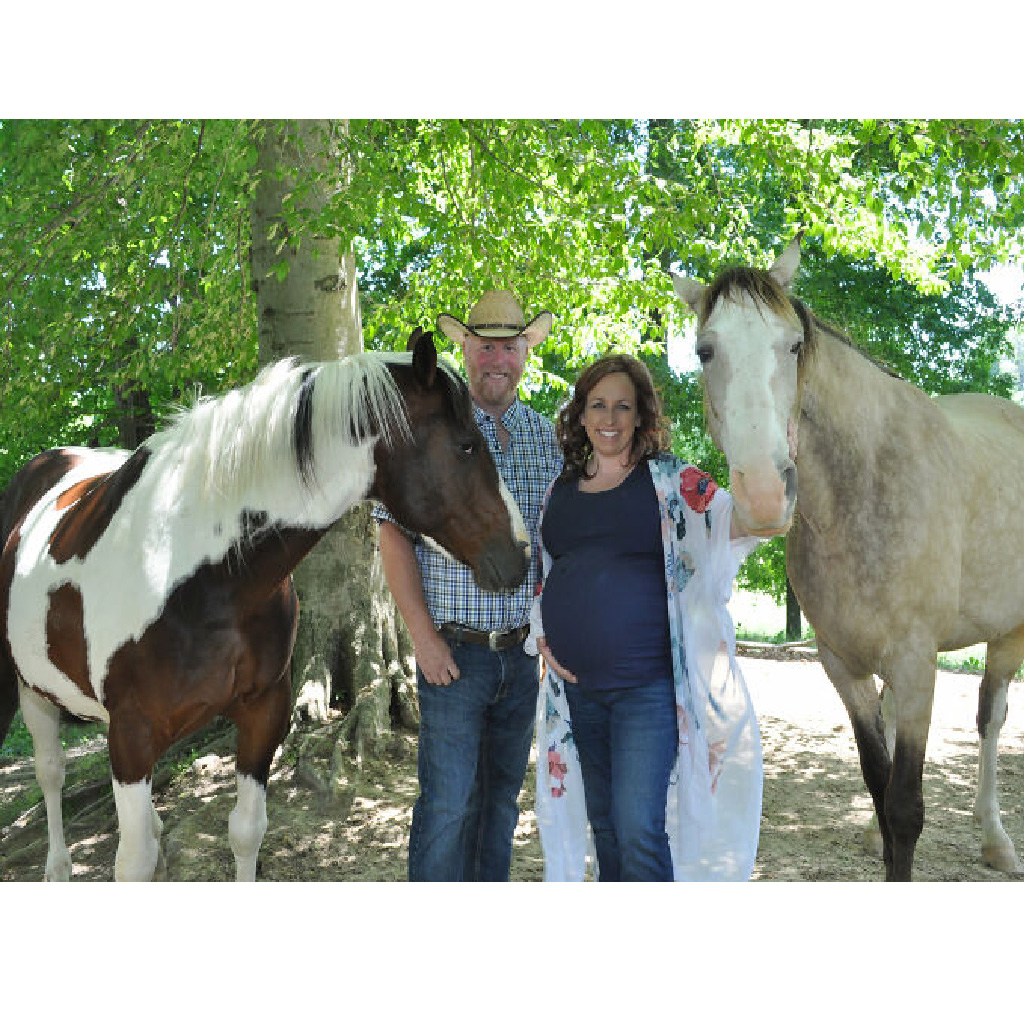 It’s not a usual everyday occurrence to see your photos go viral online, so we asked Zaffiro if she expected any of it:

“I definitely did not think they would go viral, I just thought our family and friends would get a good laugh! I was amazed as I watched a number of views climb. It is wonderful as a photographer to get a viral picture and attention to my site and page! So many likes and followers. I hope to do everyone justice with the newborn pictures!” 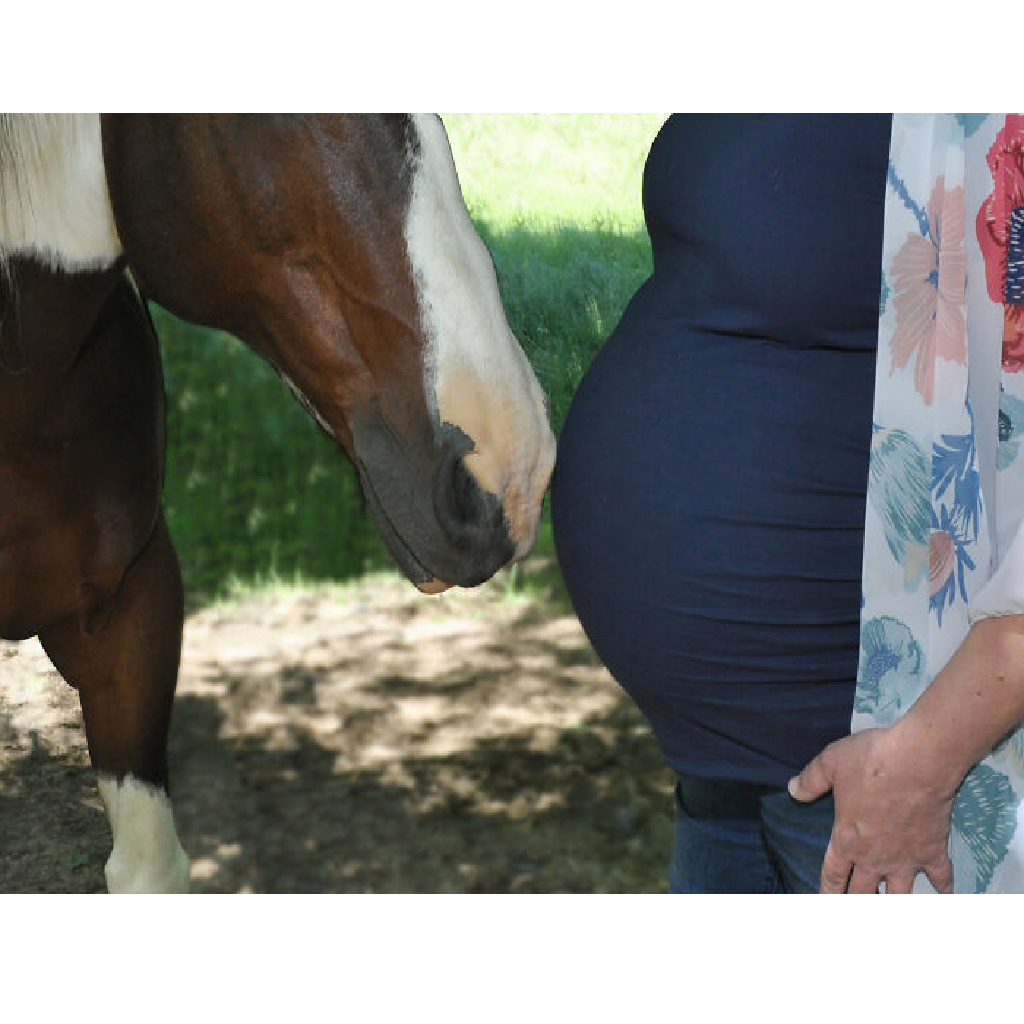