When God made animals and humans and put them together in the garden of Eden, He did it for a reason because He knew we need each other. Now one heartwarming story of a horse comforting his owner who was going through a painful divorce and feeling really emotional is confirming that. 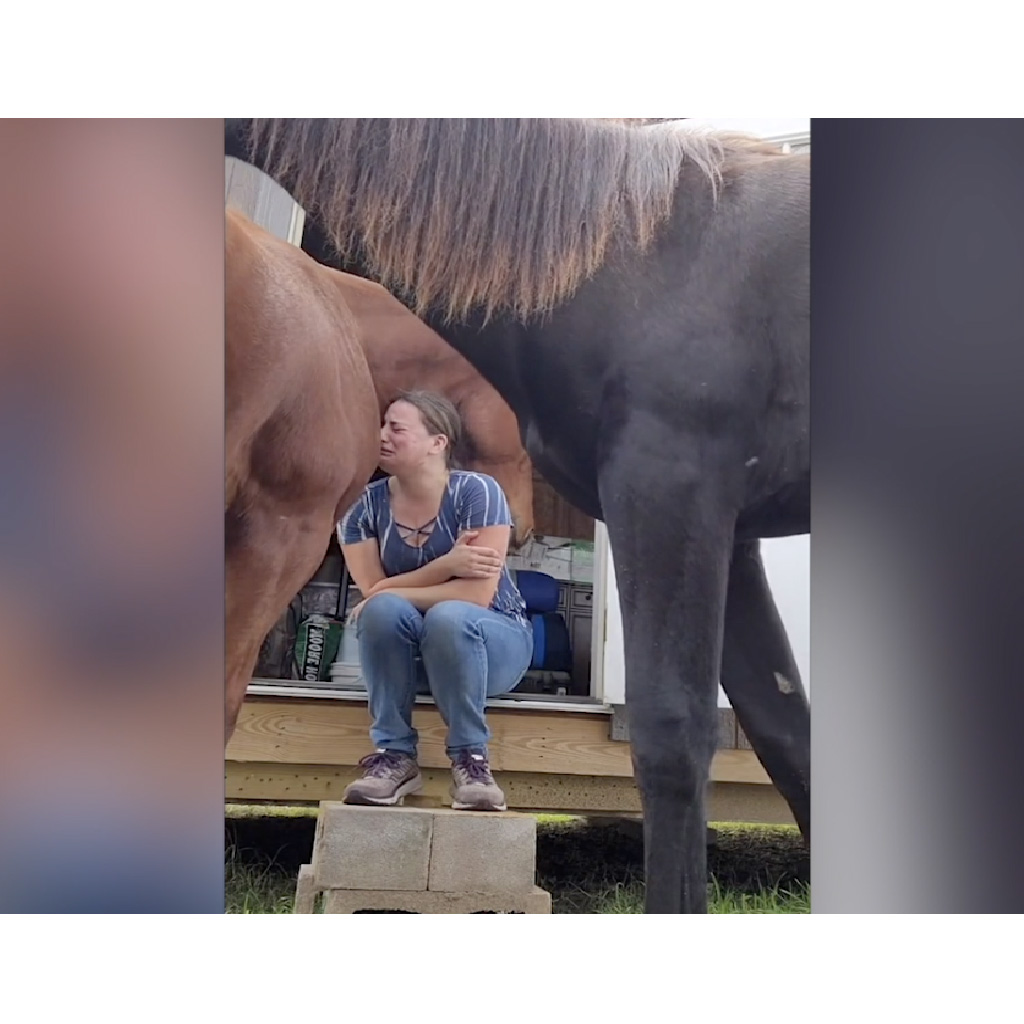 Meet Shiner, a lovely horse that is 4 years old. He became an Internet sensation real quick after comforting his human, Shania. He is a Chestnut gelding who can be seen nudging his owner towards himself as he seems to be reading her emotions.

Horses can read humans in uncannily accurate ways to make us aware of our sadness or nervousness, even before we register it.

His owner, Shania says, “I was in the process of a divorce and was moving out that day. I always set up my camera when I interact with my horses,” she said. 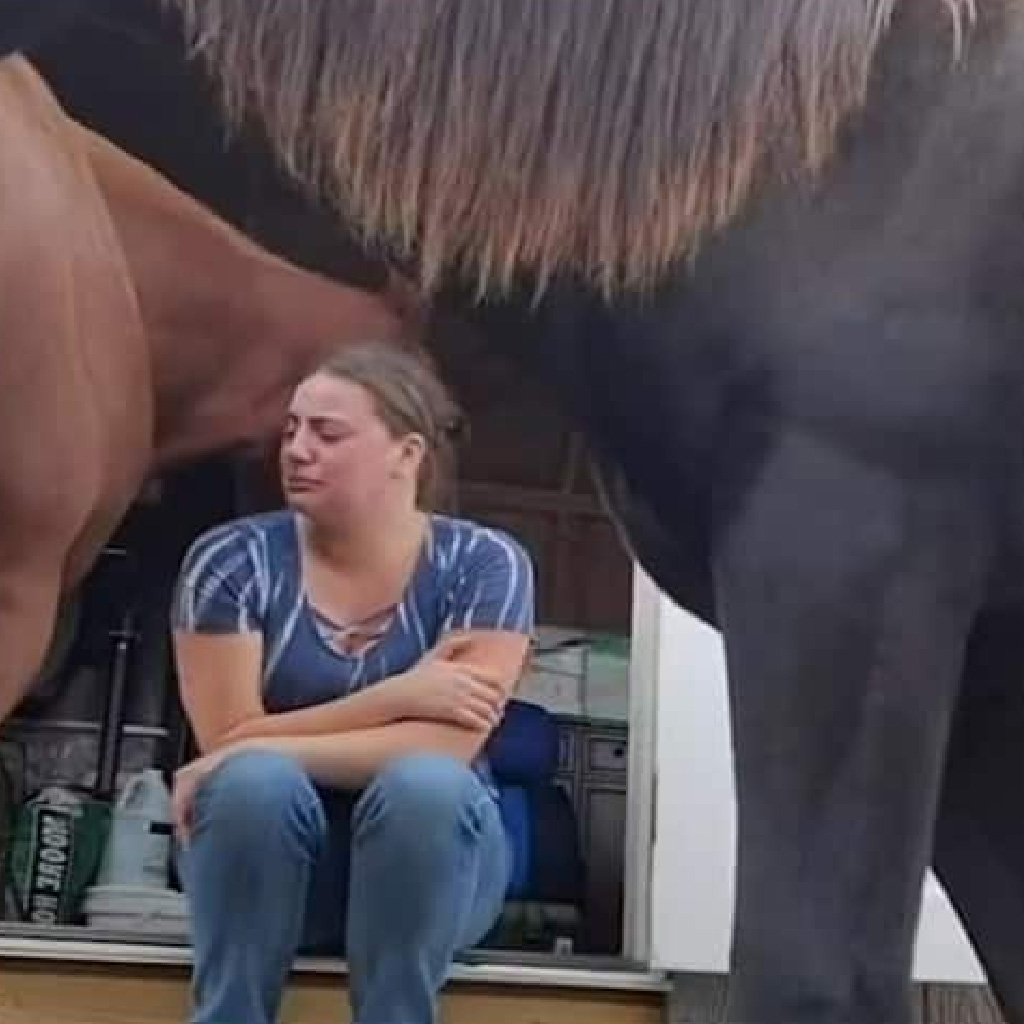 “I just happened to be hiding from my emotions and my horse Shiner, felt that. He felt my pain and just pulled me into his chest to let me cry it out and reassured me with his nudges.” 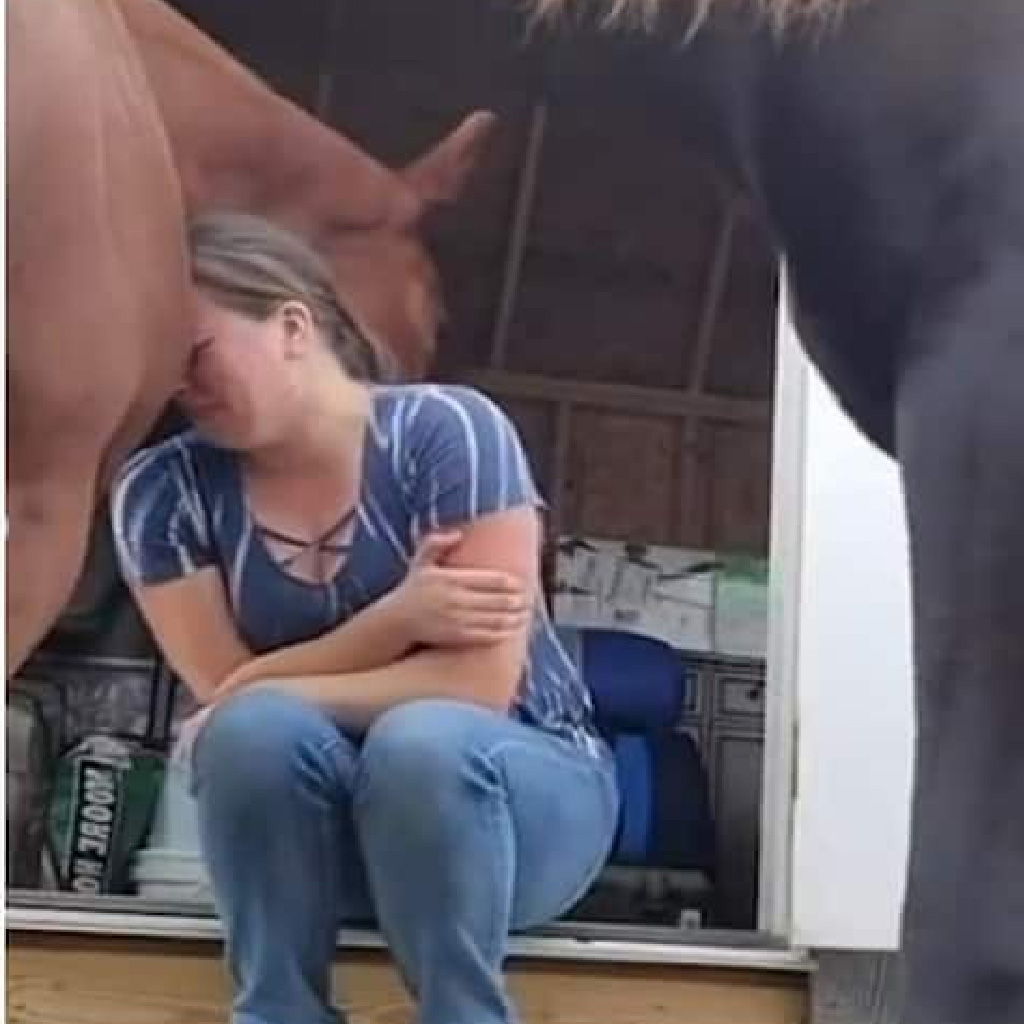 Horses have the ability to form complex social relationships within a close-knit band of five to 10 of them like foals, fillies, stallions, and mares, and also with their humans.

Domestic horses are able to detect the smallest change in their owners’ in their tone of voice, touch, or body stiffness.

Hundreds of people who watched this story have responded to it saying that they were deeply moved by the sensitivity and care shown by the horse towards its owner.