The friendship between species is one of the purest and most beautiful things in this world. It blossoms naturally as the animals find love and comfort in their friend’s hugs and cuddles. It’s hard to imagine that a massive lion weighing 500 pounds befriends a miniature dachshund and they become inseparable. But this does happen and melts the hearts of millions. Friendship has no barrier.

Bonedigger is a 226-kilogram lion and he is also a close friend of Milo, an 8-year-old Dachshund dog. The two have been inseparable ever since Bonedigger was a small cub. 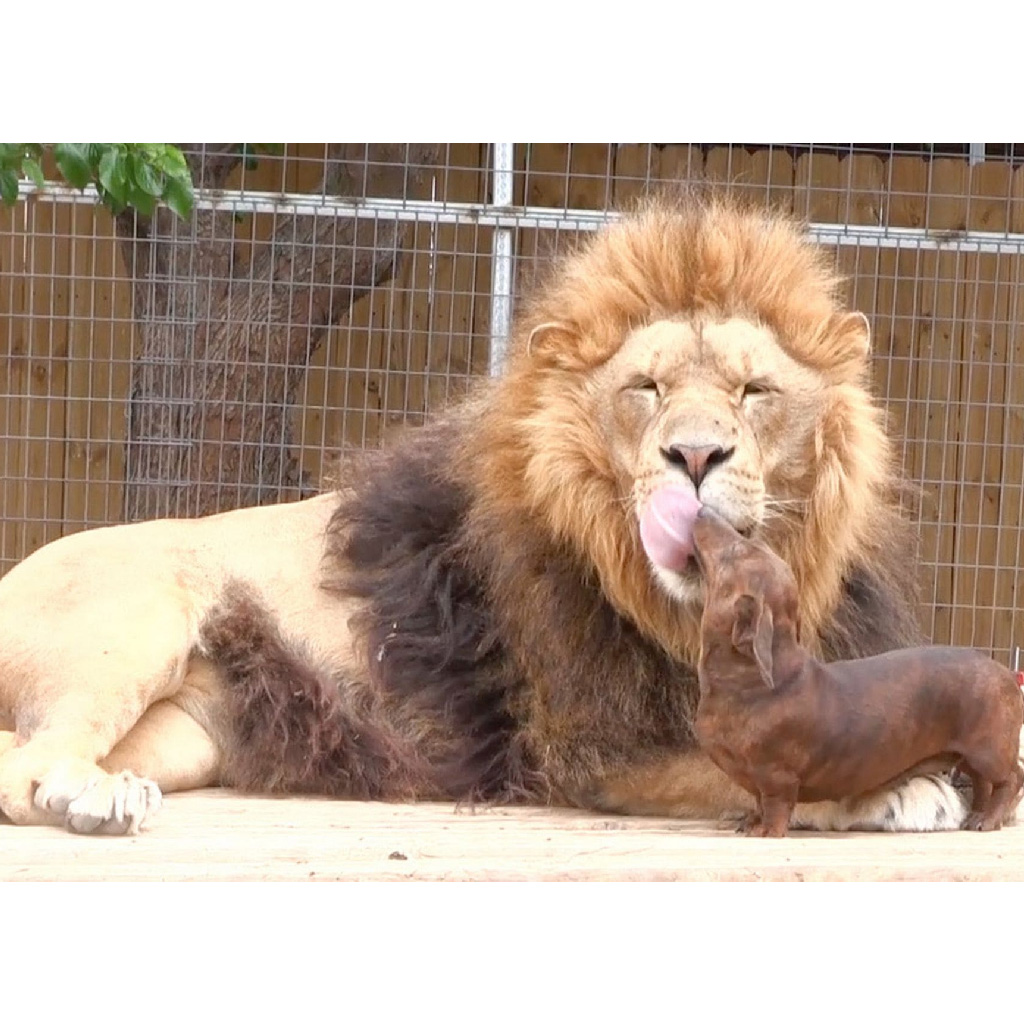 Bonedigger is mildly crippled. The huge animal was unfortunately born with a metabolic bone disease. However, he gets the best ever compensation, an adorable doggy friend. The miniature Dachshund has spiced up his life, bringing tons of smiles and laughs to him. They built a special bond with each other and have been living in harmony for 6 years. They couldn’t be happier to grow up with their best buddy.

Mr. Reinke who is the zookeeper said: “This friendship between a 5-kilogram wiener dog and a 226-kilogram lion is the only of it’s kind in the world ever seen” 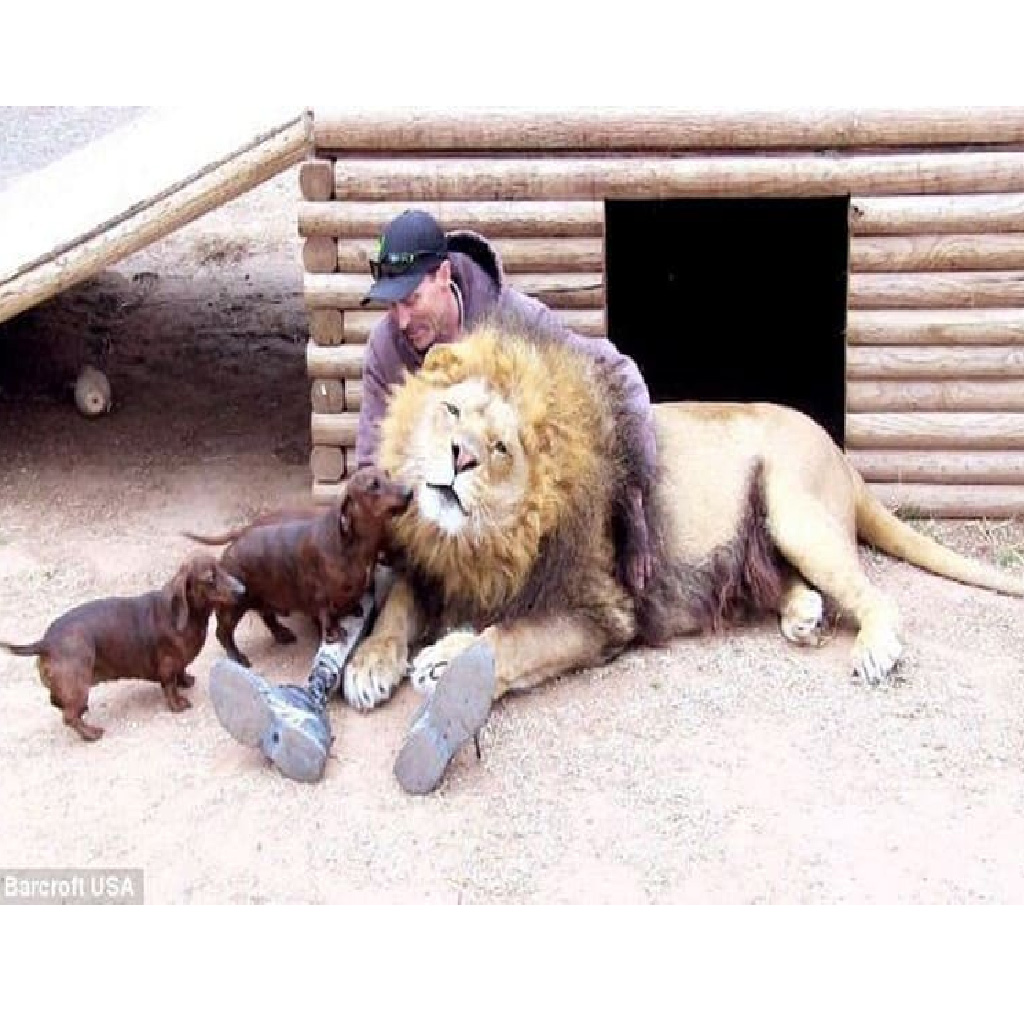 When Milo and his pack (Bullet and Angel) were first introduced to Bonedigger, they were a bit scared of his majestic manes. But Milo was born to be a cheerful and energetic boy, so he soon approached the lion and befriended him. It worked amazingly.

“Milo does his best to copy Bonedigger when the lion tries puffing to communicate with other lions in the park.” 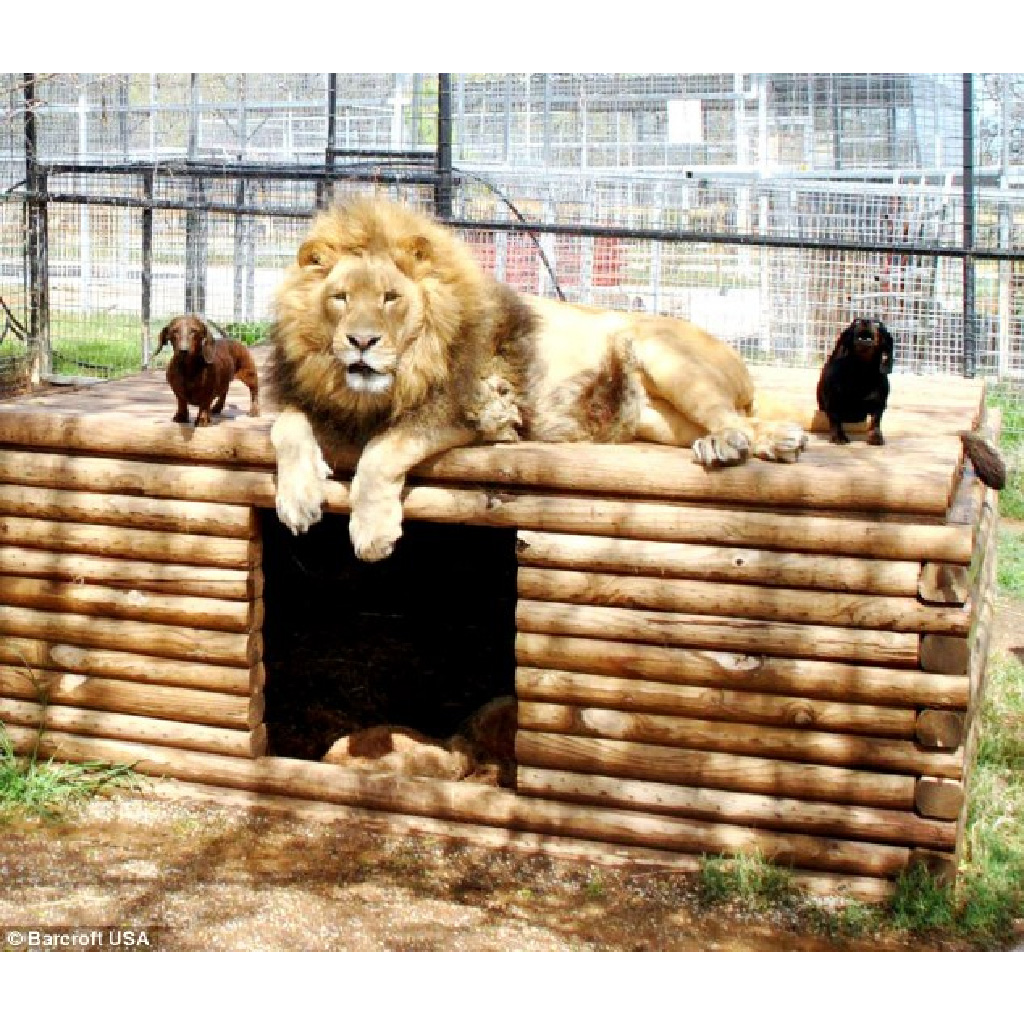 The pair made a tender relationship and have been inseparable since then. They loved spending time sleeping, eating, walking, and playing with each other. The lion and the dog couldn’t stop cuddling together. They didn’t hide their happiness when growing up with their friend. 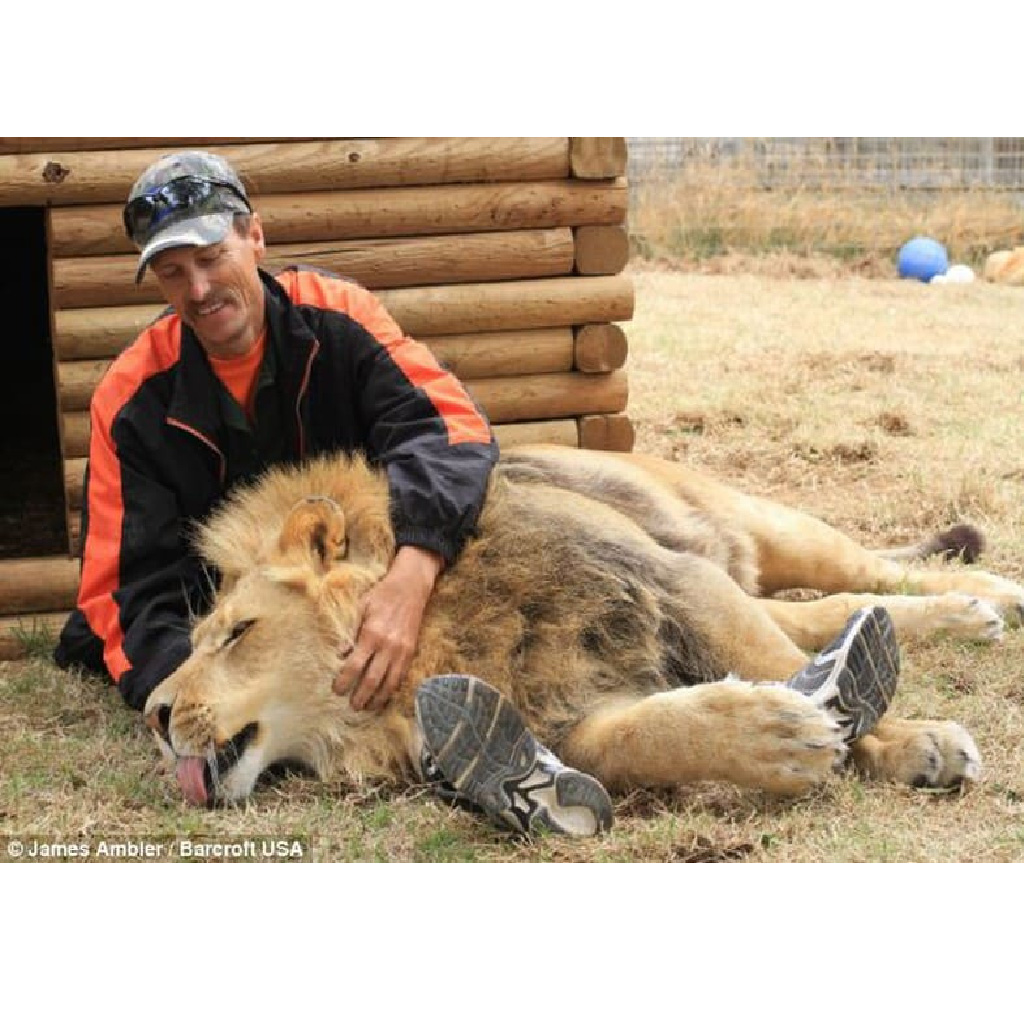 The huge lion acts as a big brother. He shares his meals with the dogs and always keeps an eye on them. He also playfully fights with his little friends without hurting them. 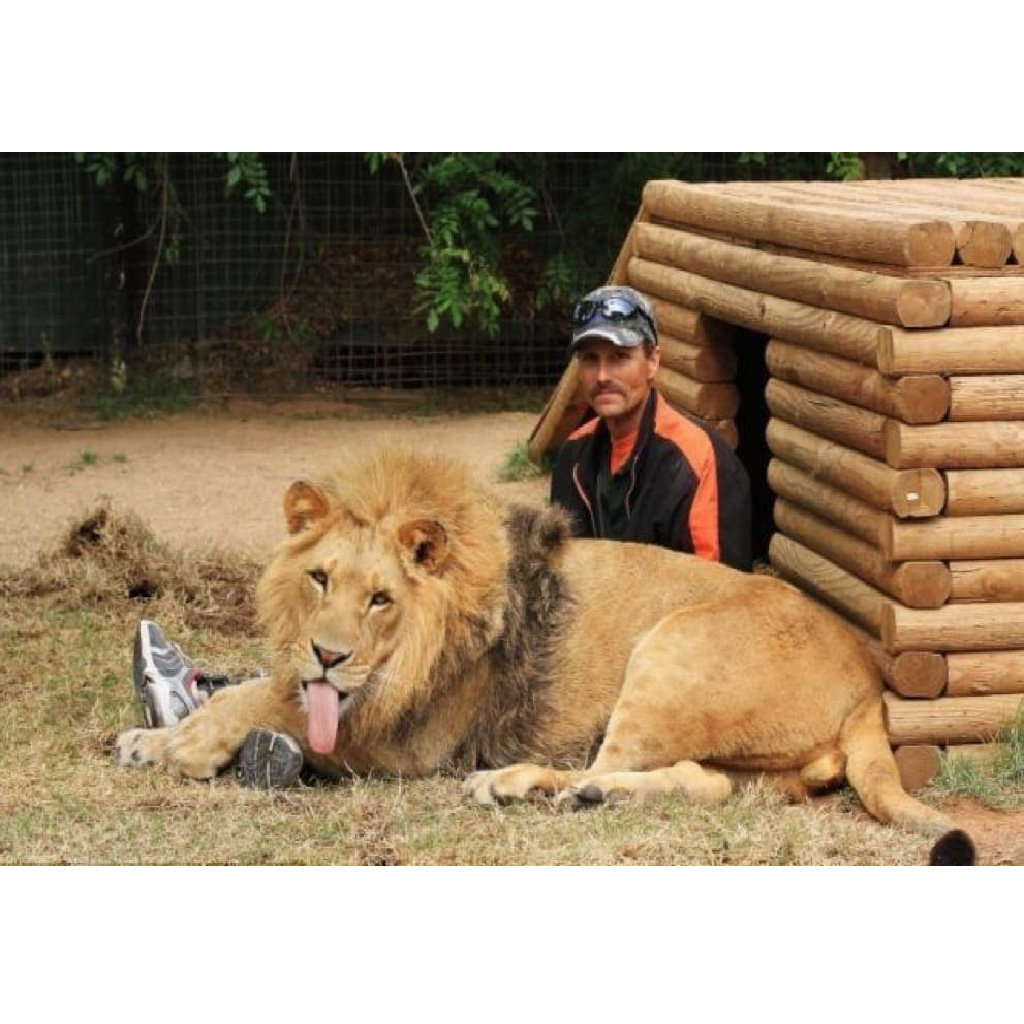