A dog is the only thing on earth that loves you more than he loves himself. Dogs follow those who feed them. Dogs are not our whole life, but they make our lives whole. When we rescue a dog, we not only save it but also save a life.

On his way home to Missouri after a fishing trip in Arkansas, a man named Bill stopped at a rest stop to throw away some trash and use the bathroom. He wasn’t planning on being very long, and so he left the car running with the door open — and when he returned, he was shocked to find a dog sitting in the front passenger seat. 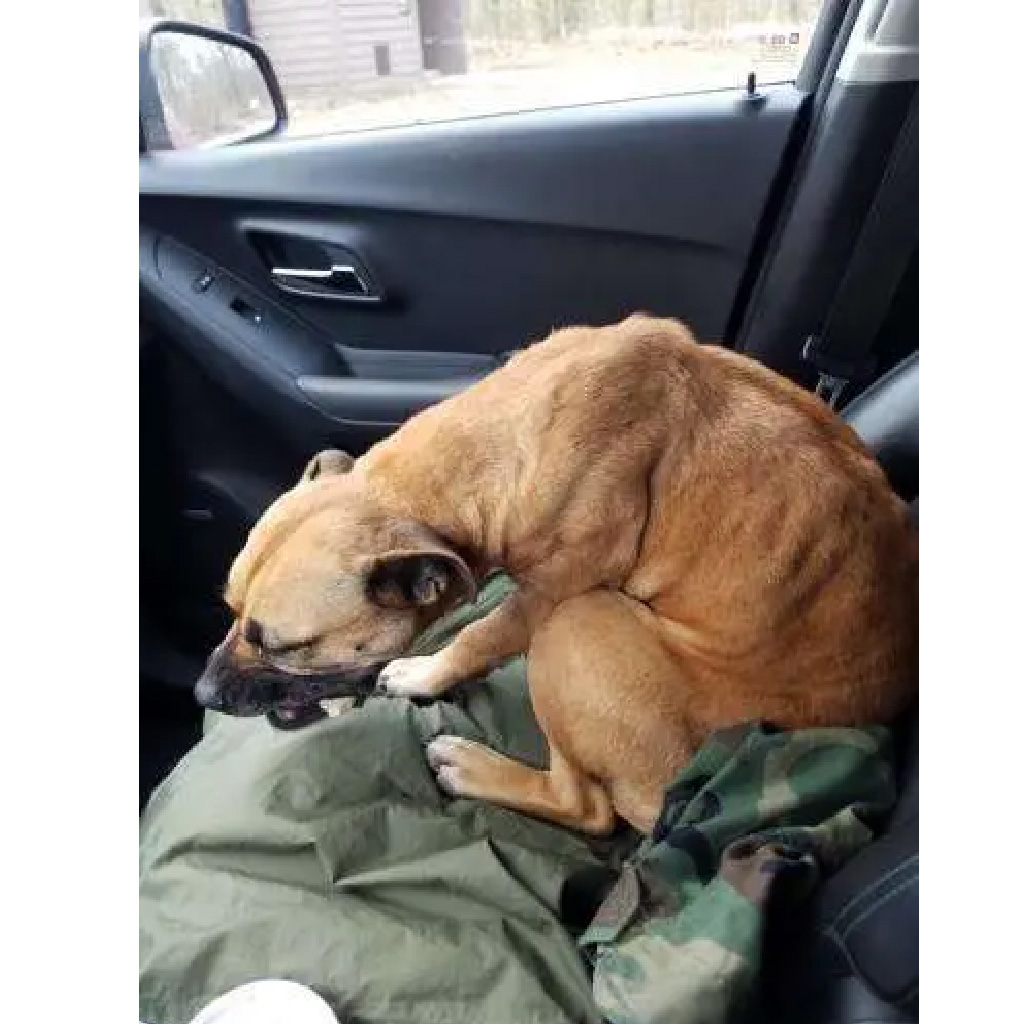 When he went to get back in his car, he was shocked to find a stray dog quietly sitting in the passenger seat.
Realizing she was probably hungry, Bill offered the stray dog the only food he had on him at the time; a Rice Krispie treat. 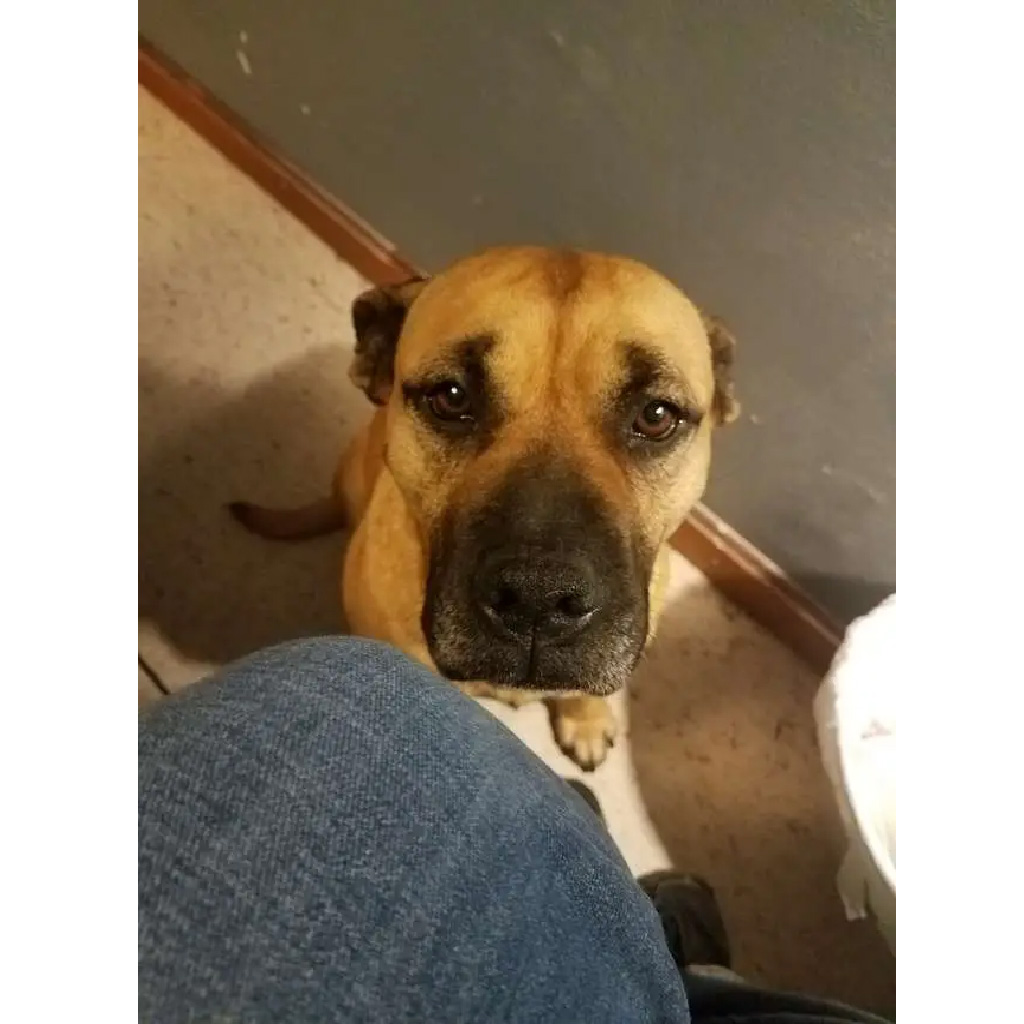 Watching her devouring the snack and cowering in his car, Bill knew the dog had been looking for someone to help her and decided he had to oblige. She seemed so eager, and there was no way he could turn that sweet face away.
Bill and his wife are no strangers when it comes to helping out homeless animals and it was pretty obvious that the pup was a stray. She had no collar or tags or any other sign of an owner. 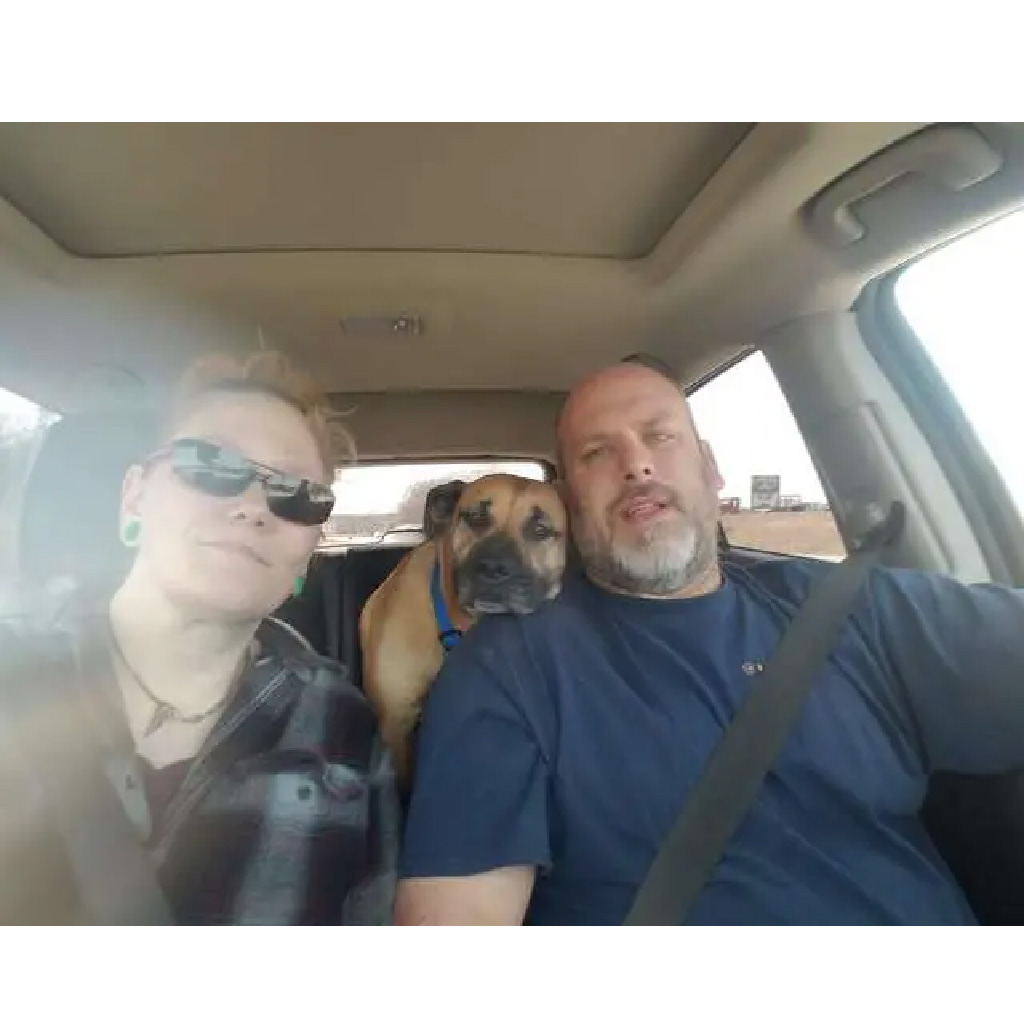 “I asked him what our new dog’s name was,” Angela Shaver told. “We decided to call her River because of where she found him.” 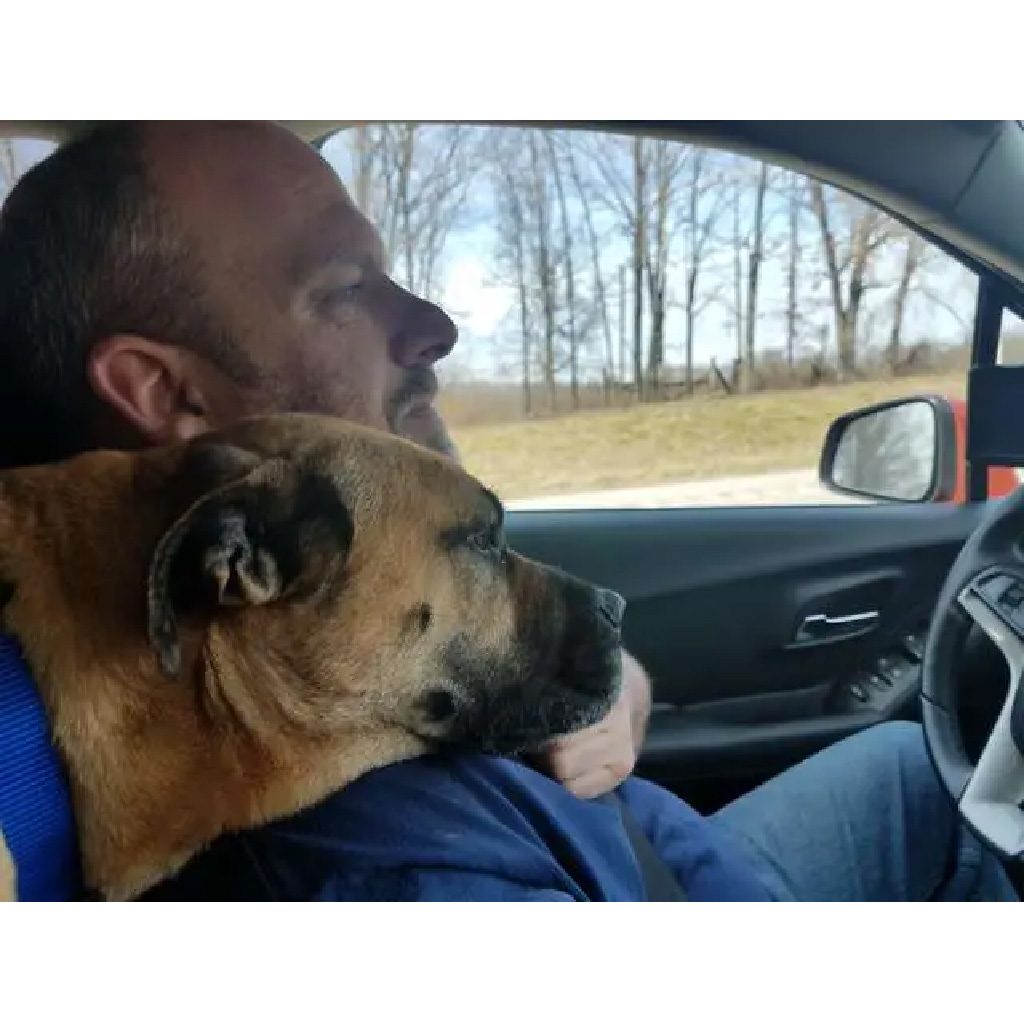 Shaver and her son came out to greet their new dog as soon as the pair of travelers arrived home, but River refused to get out of the car. She wasn’t scared of her new family but seemed to feel safe in the car, as it was probably one of the first places she had ever been shown kindness and love.

“Once they all decided she was OK, he [Bill] brought her in for a bath,” Shaver said. “She was covered in mud. After she was dried off and some ticks picked off, she got a good meal. Bill made her a bed on the floor in our room next to the space heater. She slept there all night.” 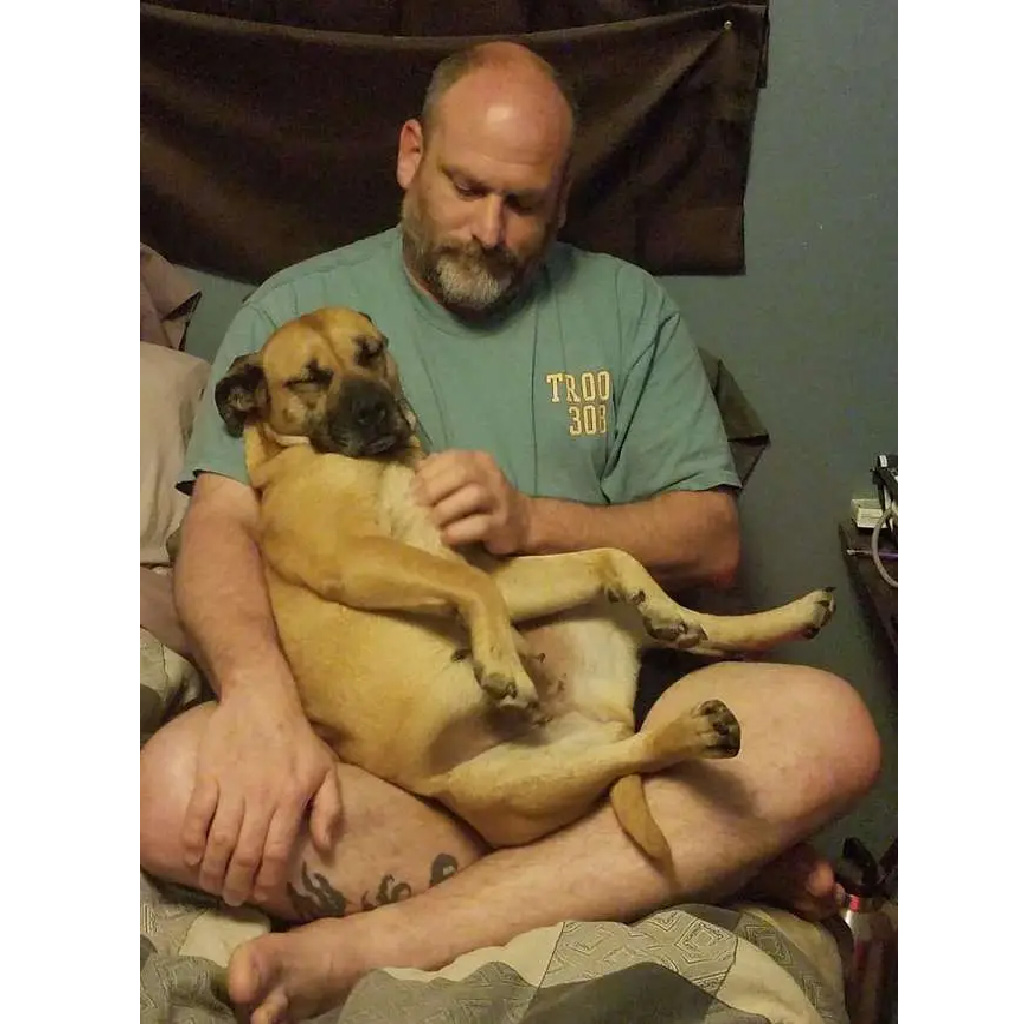 River woke up in her new home the next morning and cautiously began to explore. She ran around outside with her new siblings but never strayed too far from her parents, slowly easing herself into her new life.