Dogs are one of the friendliest animals that there ever were, and there are so many stories you can find about those truly unique friendships. The story we are about to bring you is about a special relationship between a Husky and a Labrador, which is simply incredible because their friendship is formed without even seeing each other.
This is Messy — a sweet yellow Labrador who loves nothing more than being a friend. He lives in Thailand with his mom, Oranit Kittragul, but she’s not the only one who benefits from his big heart and affectionate personality. 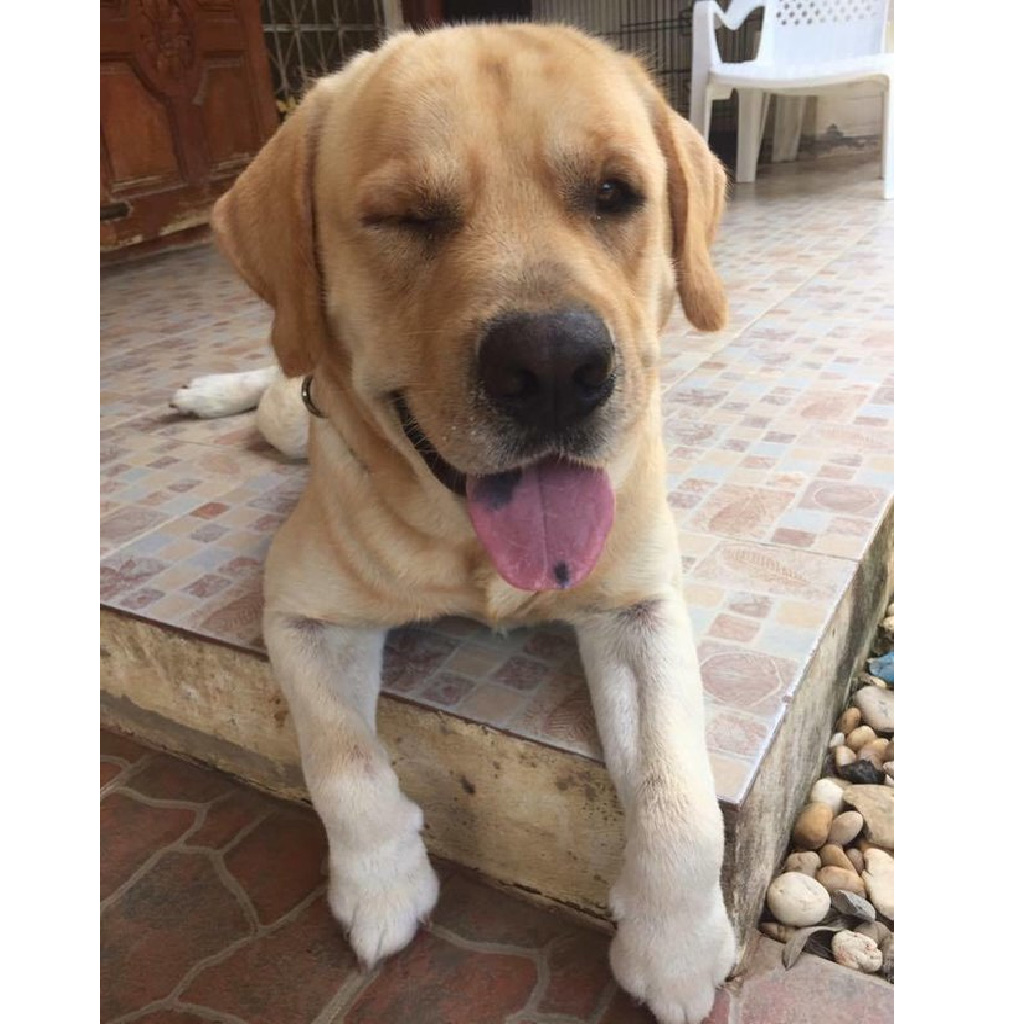 On the other side of the street from Messy and Oranit’s house lives a husky named Audi. Audi is an adorable husky living in the same neighborhood, and spends most of his time alone, as his human is working most of the day. Audi’s loneliness makes him very sad and anxious. Messy seemed to sense his friend’s anxiousness and sadness and rushes to help him anytime he feels alone. He keeps barking loudly as if to say that he is there, trying to comfort his friend. This seemed to calm Audi down quite a lot. 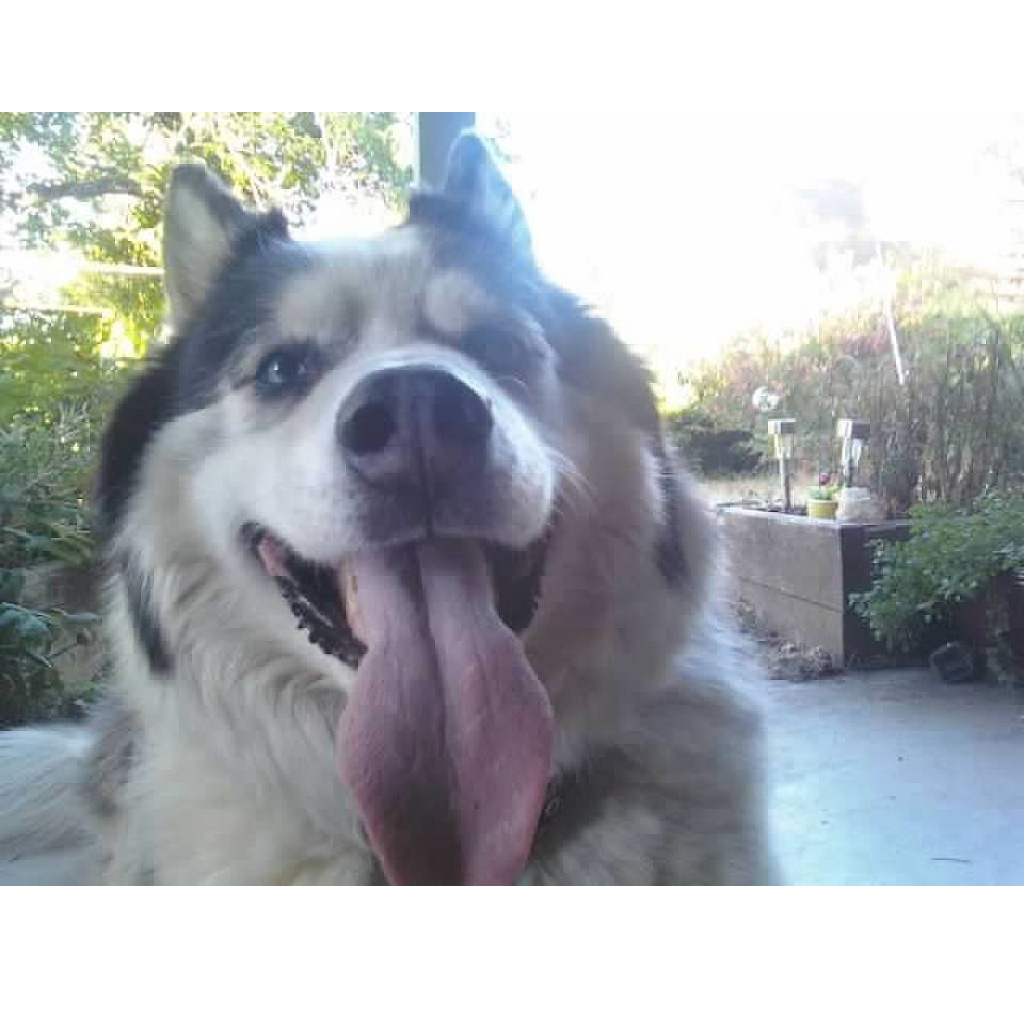 “When he feels lonely and cries, I always ask my dog to see and talk to him,” Oranit told. “My dog just looks from my fence and sometimes he barks to [Audi]. I don’t know what they are communicating, but he stops crying.”

One sunny day, Audi’s owner forgot to close the gate when leaving for work and the husky took his chance and sprinted out of their backyard to meet his friend Messy. Messy, of course, was there to greet him. 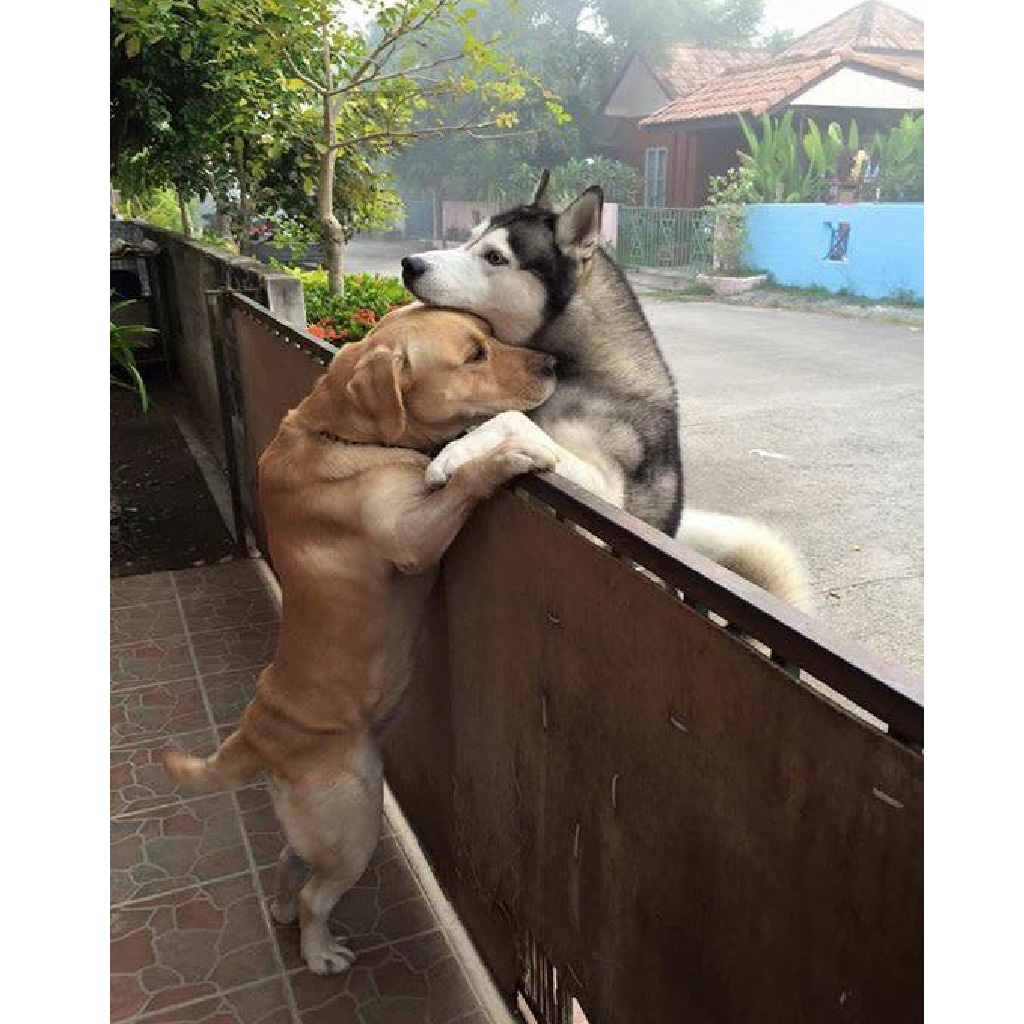 “He ran to my dog and they hugged each other,” Oranit said, snapping a photo of that tender moment.

As this was the first time they had actually met, the meeting was so touching. Oranit was able to capture this heartwarming moment and later shared it on Facebook.
The sweet embrace between the two dogs was a brief one, as Audi was returned home. But it revealed that their bond is deeper than Oranit had realized before, forged despite the distance that divides them. 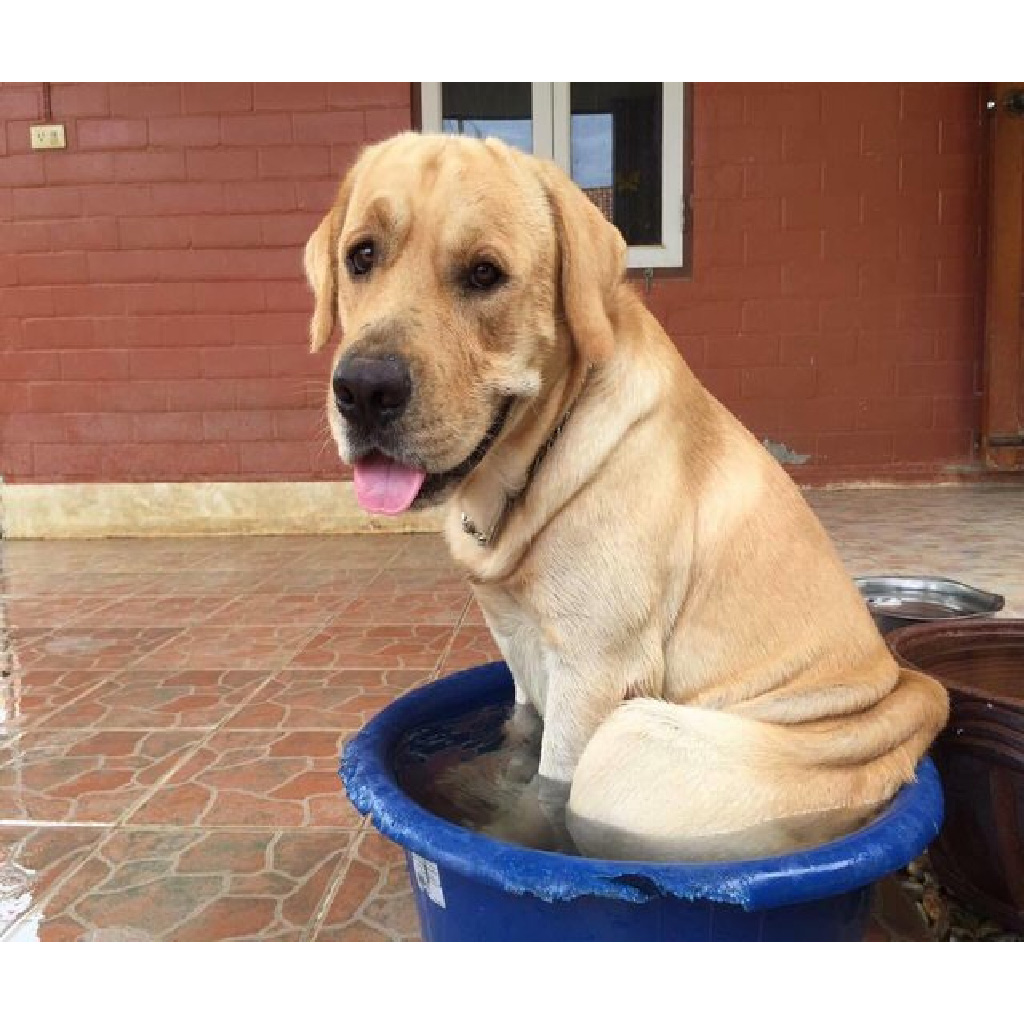 Being a responsible dog, and not being able to leave his house for long, Audi runs back home. He was truly elated as he was finally able to meet his friend and say hi.
Given the connection between them, we hope the dogs’ owners will make arrangements for them to regularly get together to socialize face-to-face — but in the mean time, it’s heartening to know Messy’s kindness toward Audi has already blossomed into a beautiful friendship.