Queen Elizabeth II is known to love animals and is very fond of Corgi, a short-legged dog with a cute appearance. The Queen is said to have raised more than 30 Corgis during her reign. Corgi dogs are frequently featured in the Queen’s photos and important events. 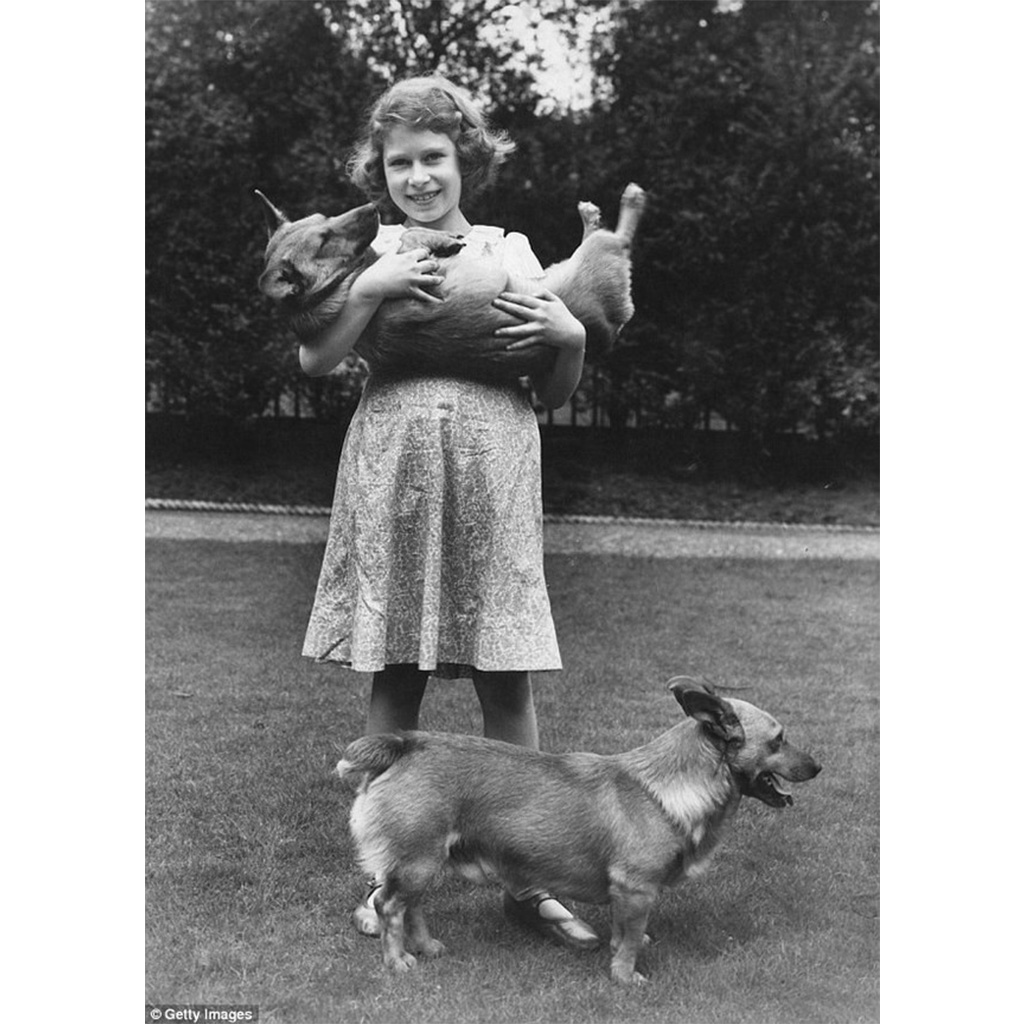 Corgi is one of the most loved dogs of all time. Famous all over the world not only for their cute appearance, cheerful and friendly personality, but they are also known as the Queen’s favorite pet. Elizabeth II. The Queen of England has so far owned more than 30 Corgi dogs. For the Queen, Corgi dogs are not only pets but have become her confidants.
The reason for this love for Corgis is that her father once brought home a Pembroke Welsh Corgi and named it Dookie – this was a gift Queen Elizabeth II received on a special occasion in 1933. Having just seen this dog, the Queen fell in love at first sight day and night. She later adopted another female Corgi named Jane. The pair gave birth to a litter of puppies, from which her Corgi collection began to multiply with many generations. 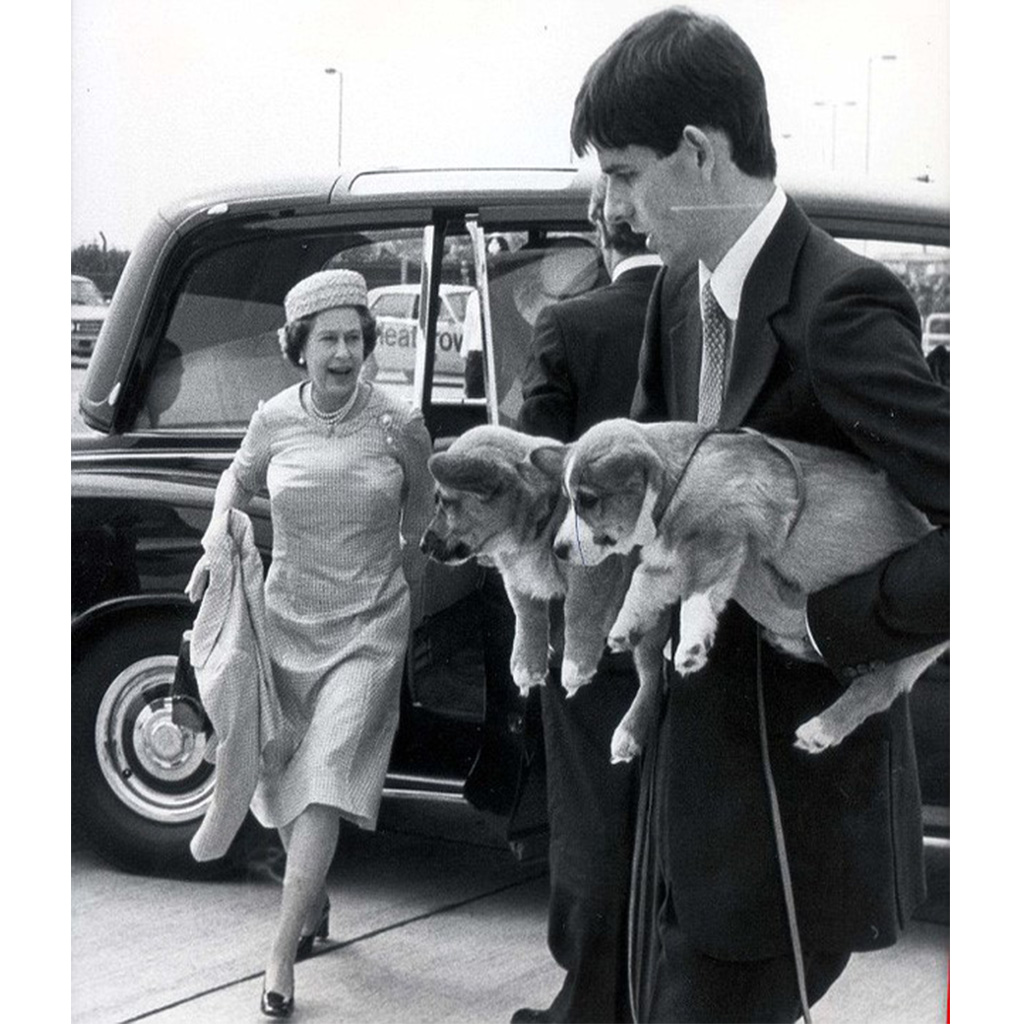 On her 18th birthday, in 1944, Elizabeth received her first pet dog and named it Susan. A Corgi dog named Susan has been her companion for 15 years, including her honeymoon with her husband Prince Philip in Scotland.
Corgi dogs are always the Queen’s special ” guard squad ”
The Corgis have followed her for many years. Generally, the average lifespan for a Corgi is between 12-13 years. Up to now, the current dogs are the 13th and 14th generation descendants of Queen Elizabeth’s first friend. For her, the death of each dog is always sad.
Not only does Susan get to be with the queen on the moon, but on almost every business trip or travel, she takes her Corgi dogs with her. It seems that her dogs also receive “more special” treatment when they share the plane with the queen and have specialists take care of them when the queen is busy. No matter how busy the queen is, she can’t forget her dogs.
Queen Elizabeth during her visit to Australia in 2002 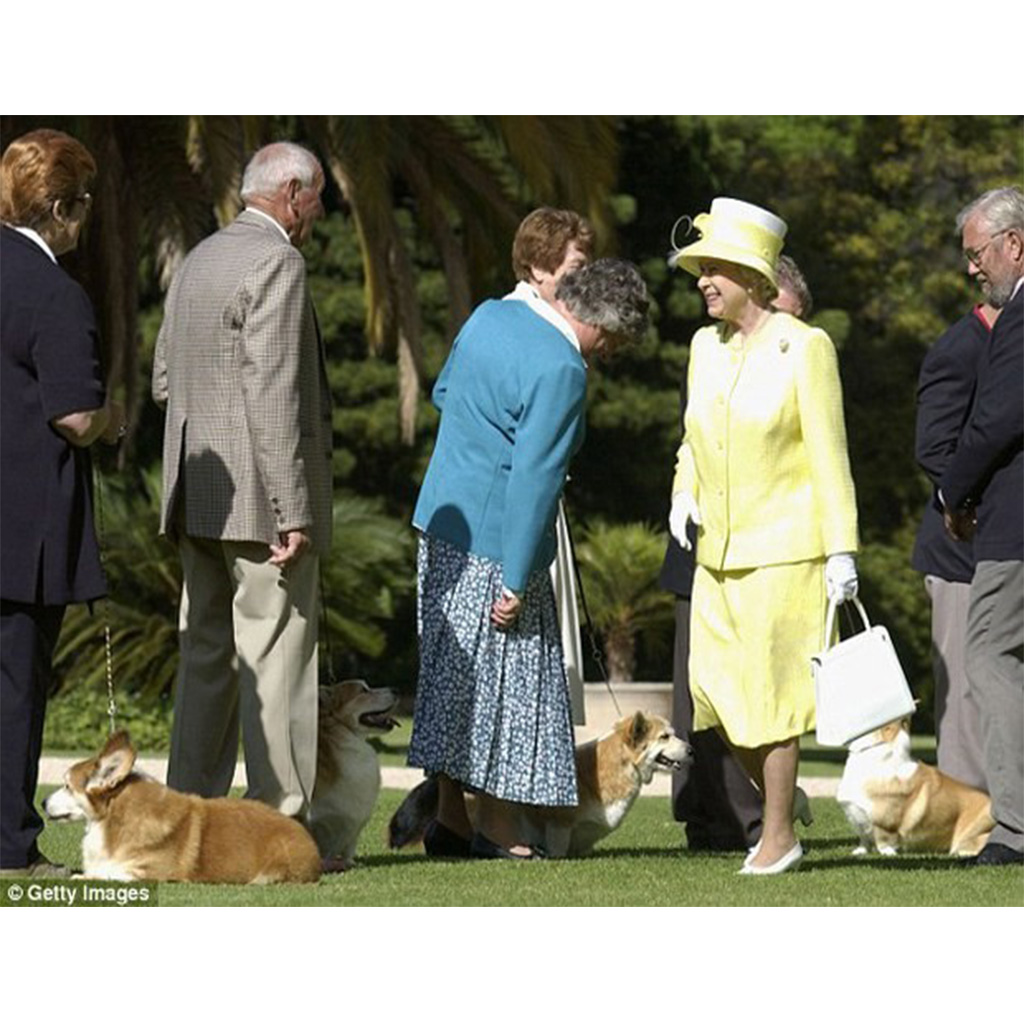 The queen’s whole life has been associated with her dogs. So the image of the Corgi – an animal loved by the Queen of England – appearing on the streets of London before the platinum ceremony to celebrate her 70th reign is not surprising. 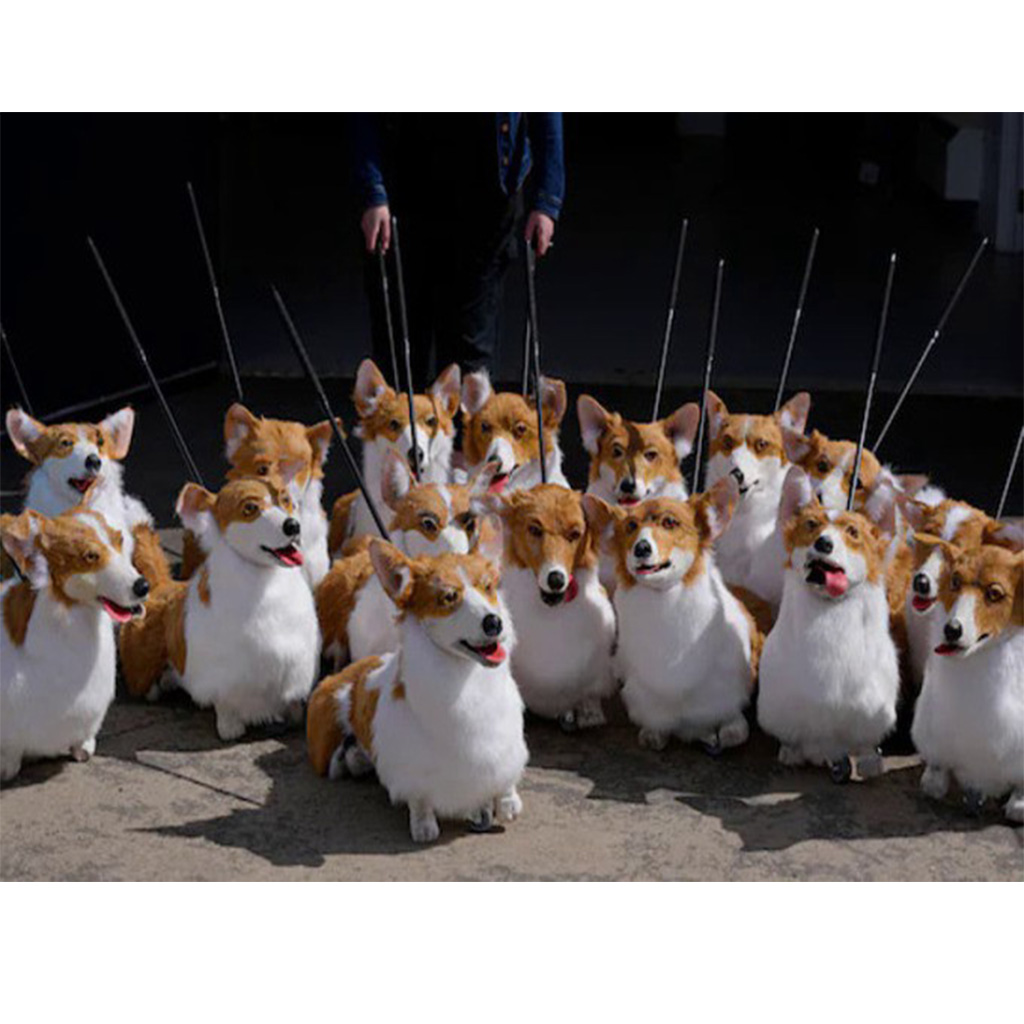