Each dog has a different fate, not all are loved, have a home, and are fed every day.

Driving home in the cold at 4.30 in the morning, we imagine that Patrick Hennesy wanted nothing more than to get home and warm-up in bed as soon as possible. But when he spotted two terrified pups in need of help, he didn’t hesitate to stop and help. 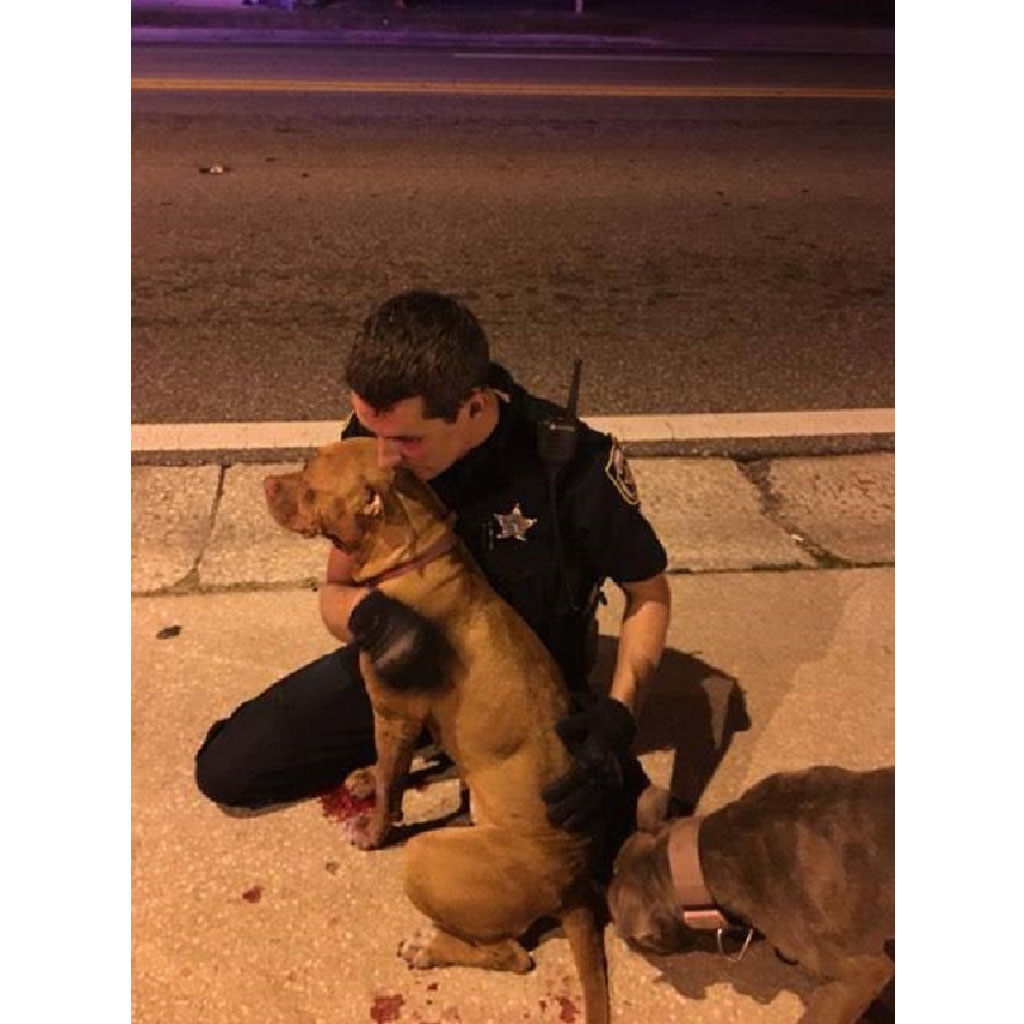 Two pit bulls were cuddled up together by the side of the road, and Hennesy quickly realized that they were injured and in need of help. They refused to leave each other’s sides or move at all, scared and all alone, just waiting for someone to finally come and help them. 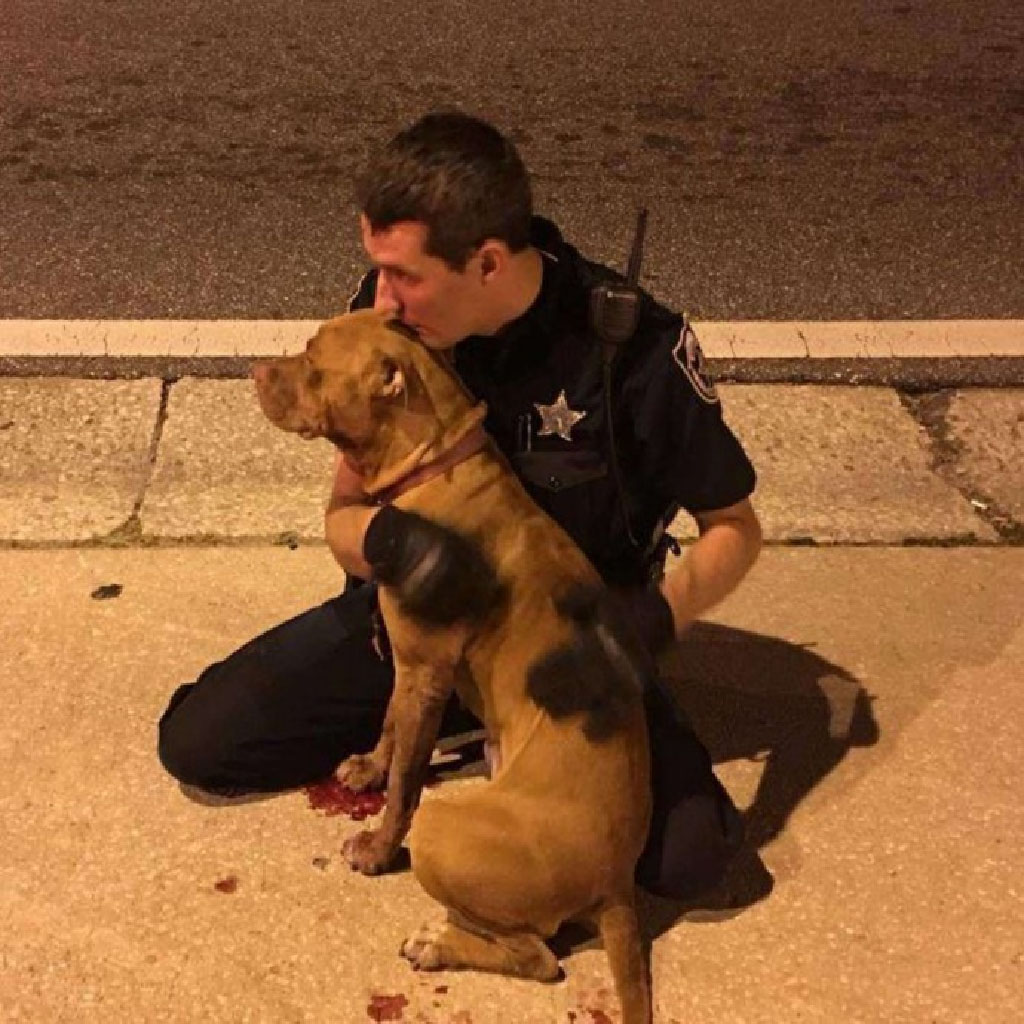 The man immediately called the Orange County Sheriff’s Office, and soon, two police officers arrived at the scene. The scared and hurt pups were whining softly and crying. 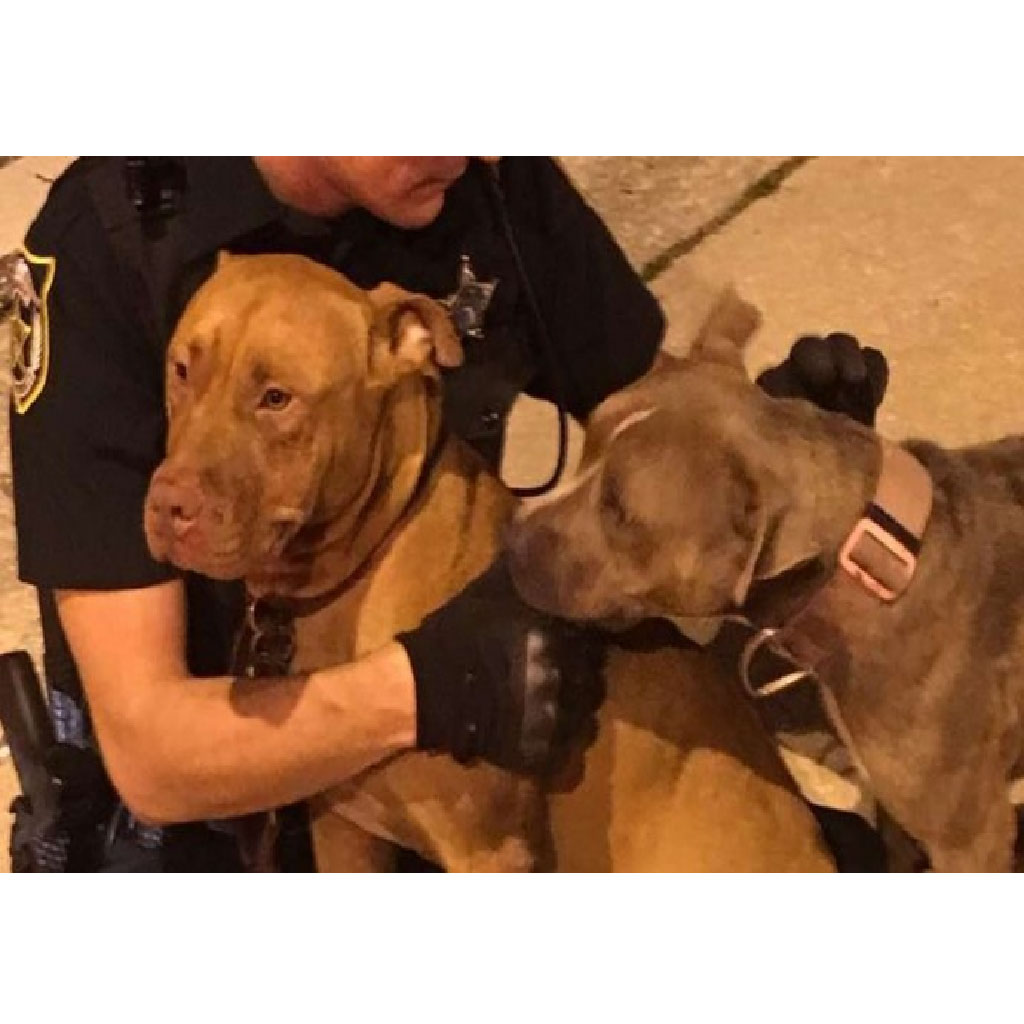 The two dogs snuggled up to the officers and let them hold them, and the officers even applied gauze to the injured dog’s leg to help stop the bleeding. The dogs continued to hug and cuddle the officers until finally, Orange County Animal Services arrived to take the dogs off the street and safely into their care. 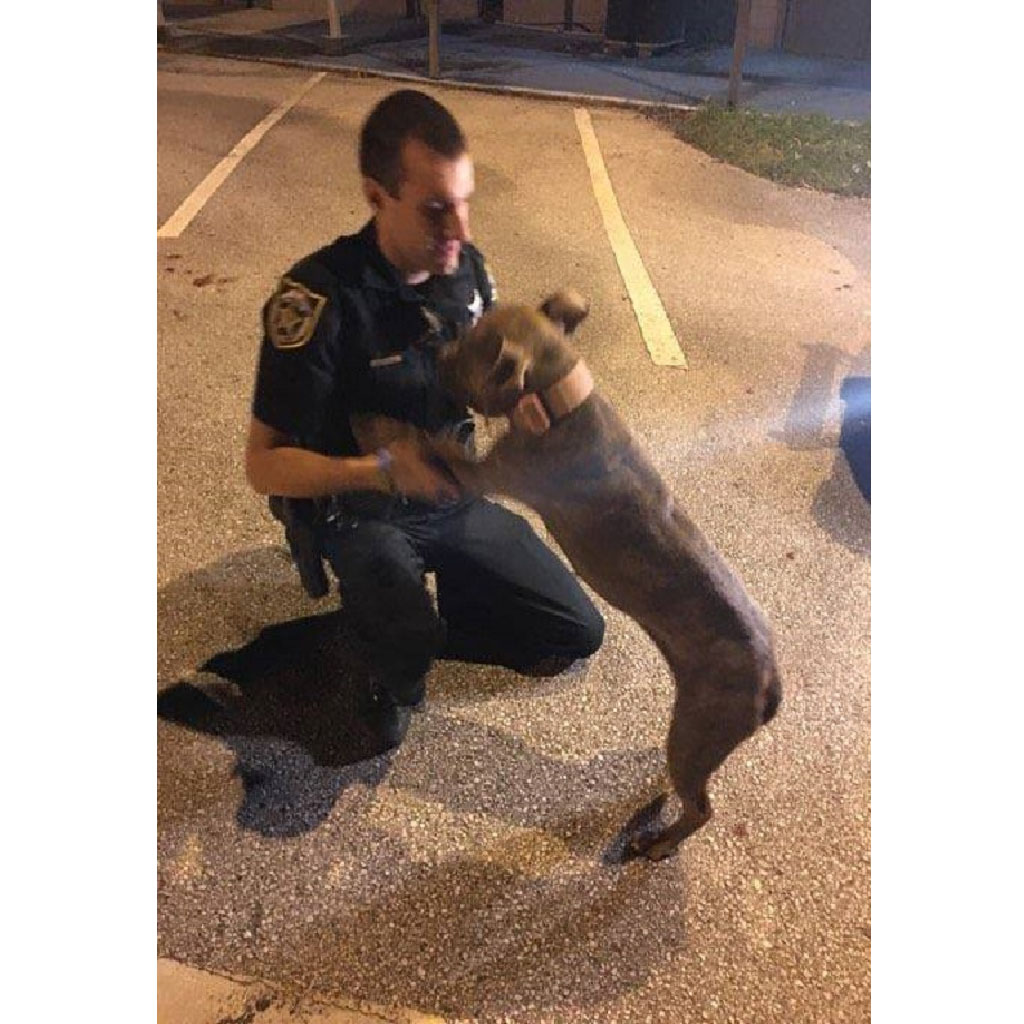 Finally, animal services arrived at the scene and brought them into care. 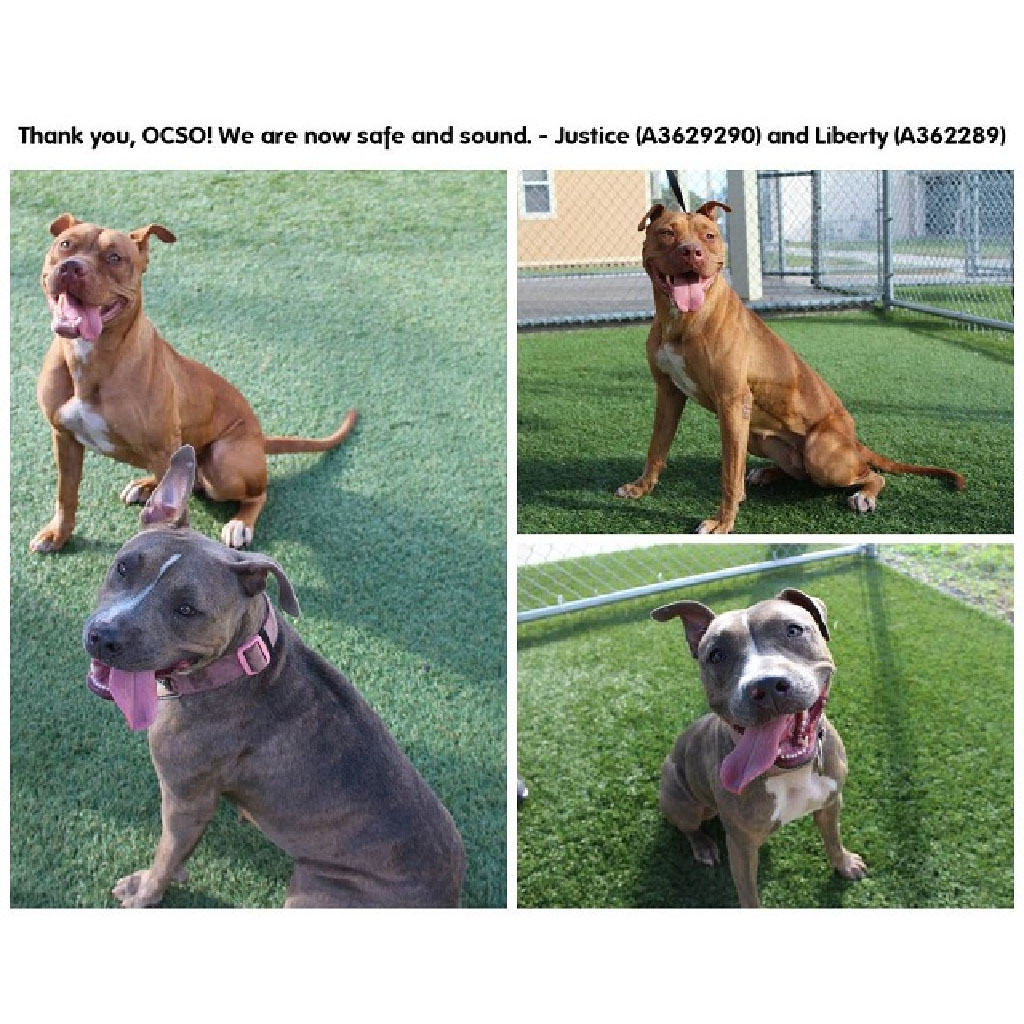 Thanks to the patience and kindness of the police officers, the two pups had grown less scared, and once they were brought to the shelter, both pit bulls were nothing but happy, loving, and grateful.