Kindness is the one thing that will never cost you anything to give, yet it can change the world for someone else. It’s always heartwarming to see people being kinds towards one another, but it’s equally as sweet to see when people are kind towards animals.

A security guard at Morrisons supermarket in Scotland, has made a lot of people happy after a photo of him shielding a dog from the rain with his umbrella went viral on Twitter. 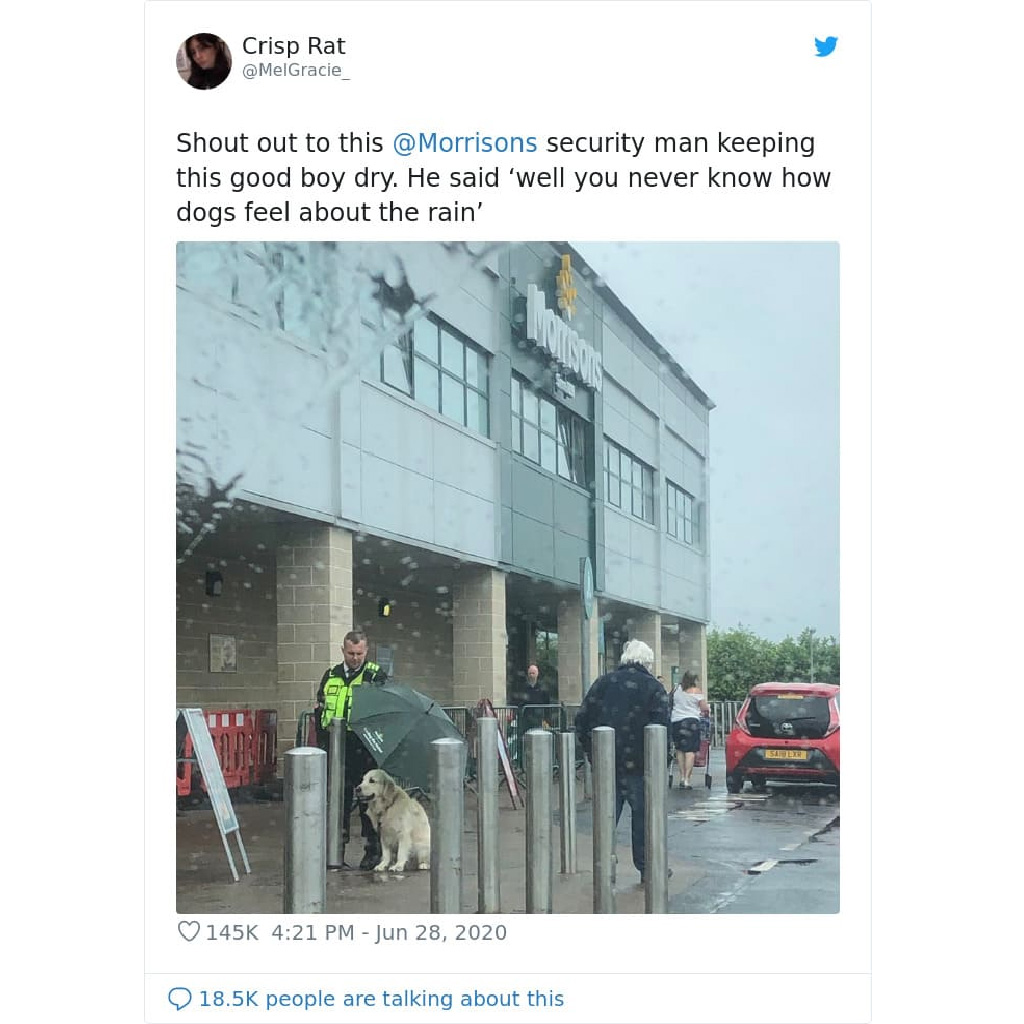 Mel Gracie, a 25-year-old tattoo artist from Glasgow, saw this heartwarming scene and managed to take a picture. 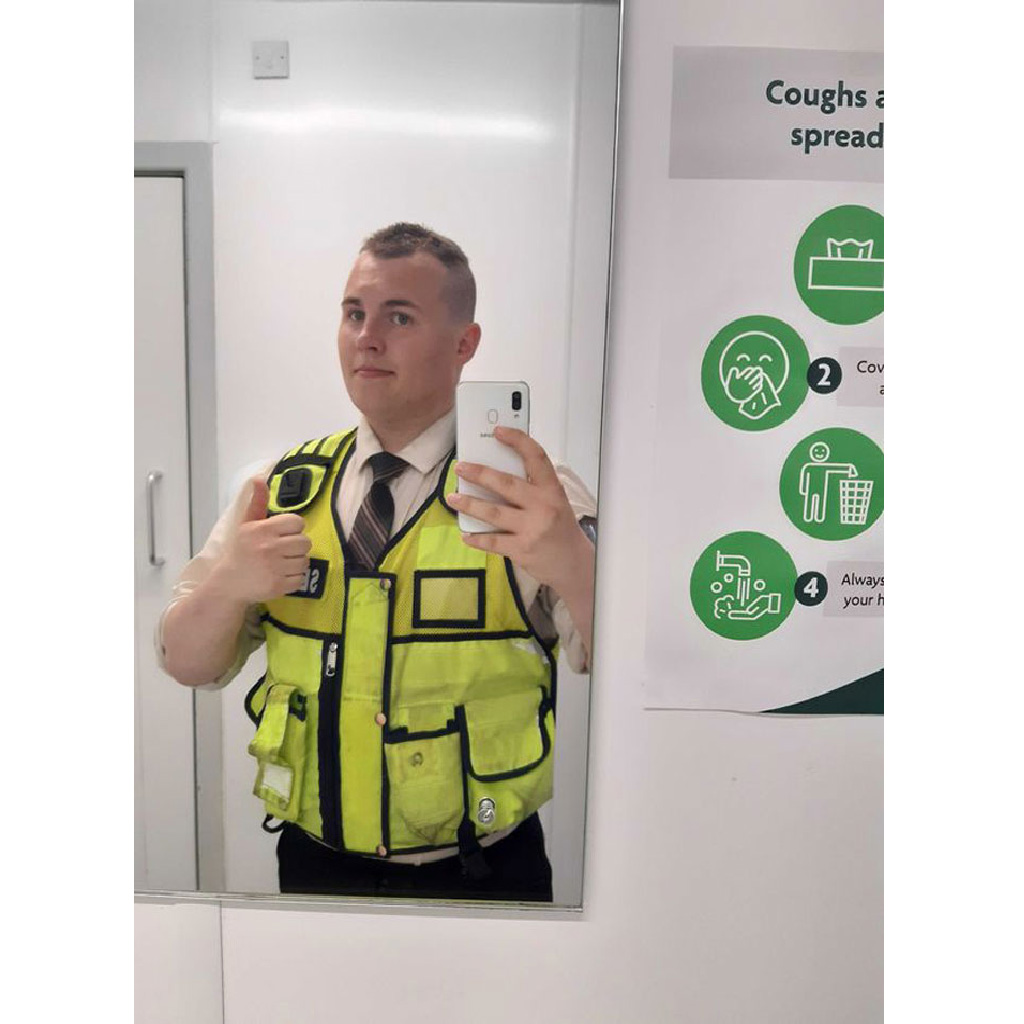 It turns out, it wasn’t raining when the dog was tied to the post, but since Ethan couldn’t move someone else’s dog when it started to pour cats and dogs, he found the next best thing and used his umbrella.

She later shared it on Twitter with the caption: “Shout out to this @Morrisons security man keeping this good boy dry. He said, ‘Well, you never know how dogs feel about the rain.’” 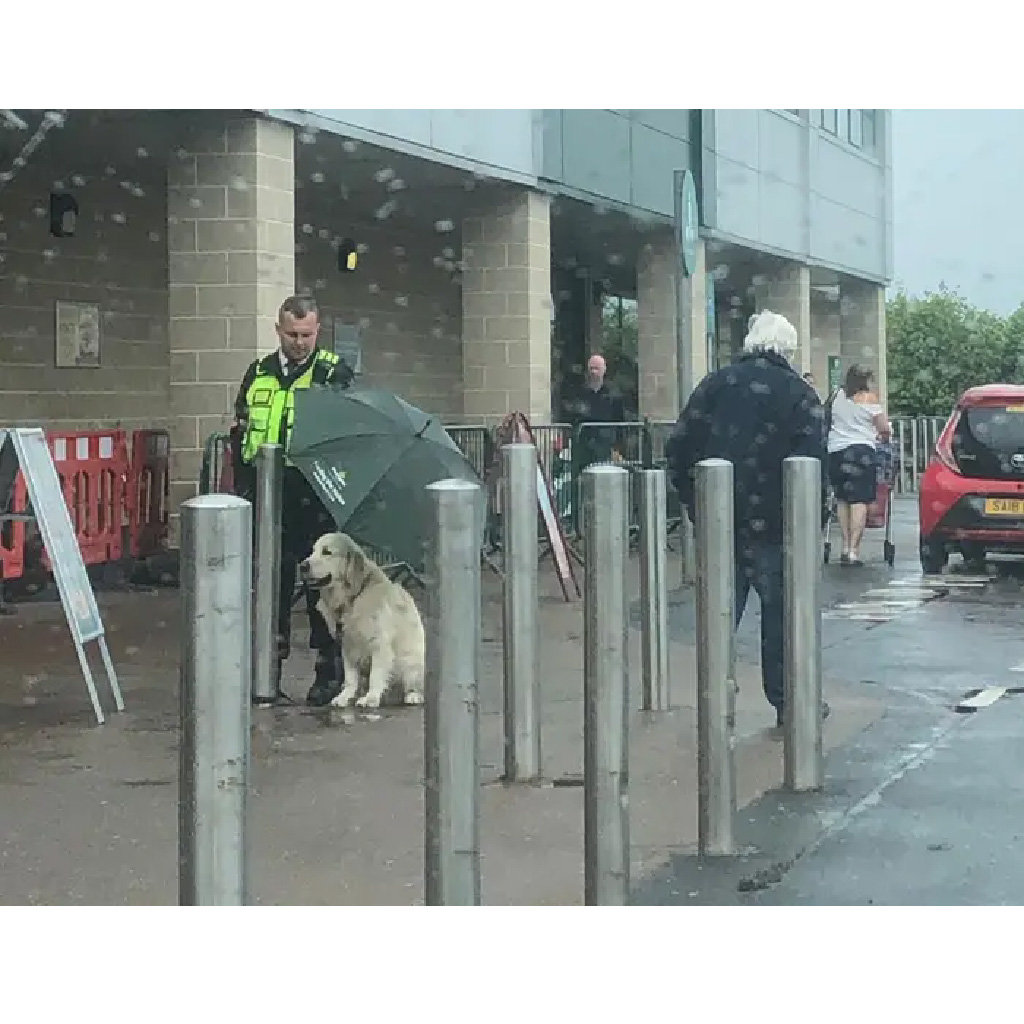 The security guard in question, Ethan Dearman, was praised online for his kind act. Yah, I know Scots are practically immune to rain and nobody else has an umbrella in the photo, but let’s not diminish the fact that this man prioritized the goldie over himself.
Much to everyone’s surprise, the picture went viral. In just a couple of days, the photo received over 143,000 likes with nearly 20,000 retweets. Many found this amazing, saying that the security man is a good man, with some even calling him a hero and demanding he get a raise for caring for the well-being of store patrons and their dog companions alike.

It wasn’t long until people online fell in love with this story and found Ethan, expressing their gratitude and praising his selfless actions. It also wasn’t long until the dog’s owner David Cherry also found out that his dog was going viral on the internet, and also thanked Ethan for his kindness. 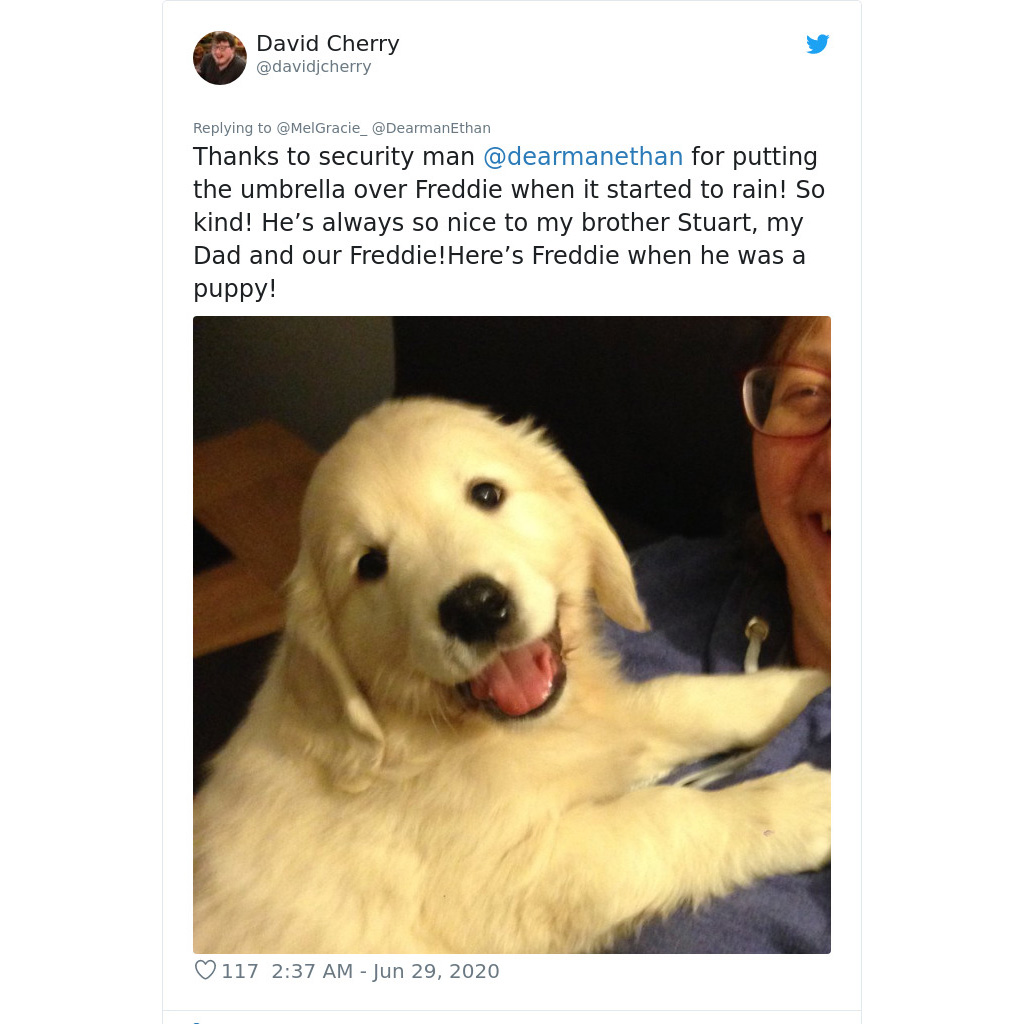 “Thanks to security man @dearmanethan for putting the umbrella over Freddie when it started to rain! So kind! He’s always so nice to my brother Stuart, my Dad and our Freddie! Here’s Freddie when he was a puppy!” said David in his tweet which also featured an adorable shot of Freddie the Goldie when he was a wee pup.