” Life on the road can be lonely, but a faithful companion makes all the difference! ” Long-distance truck driver Paul Robertson of Minnesota understands this well. For years he took his cat Howie with him as he traveled the country’s highways. 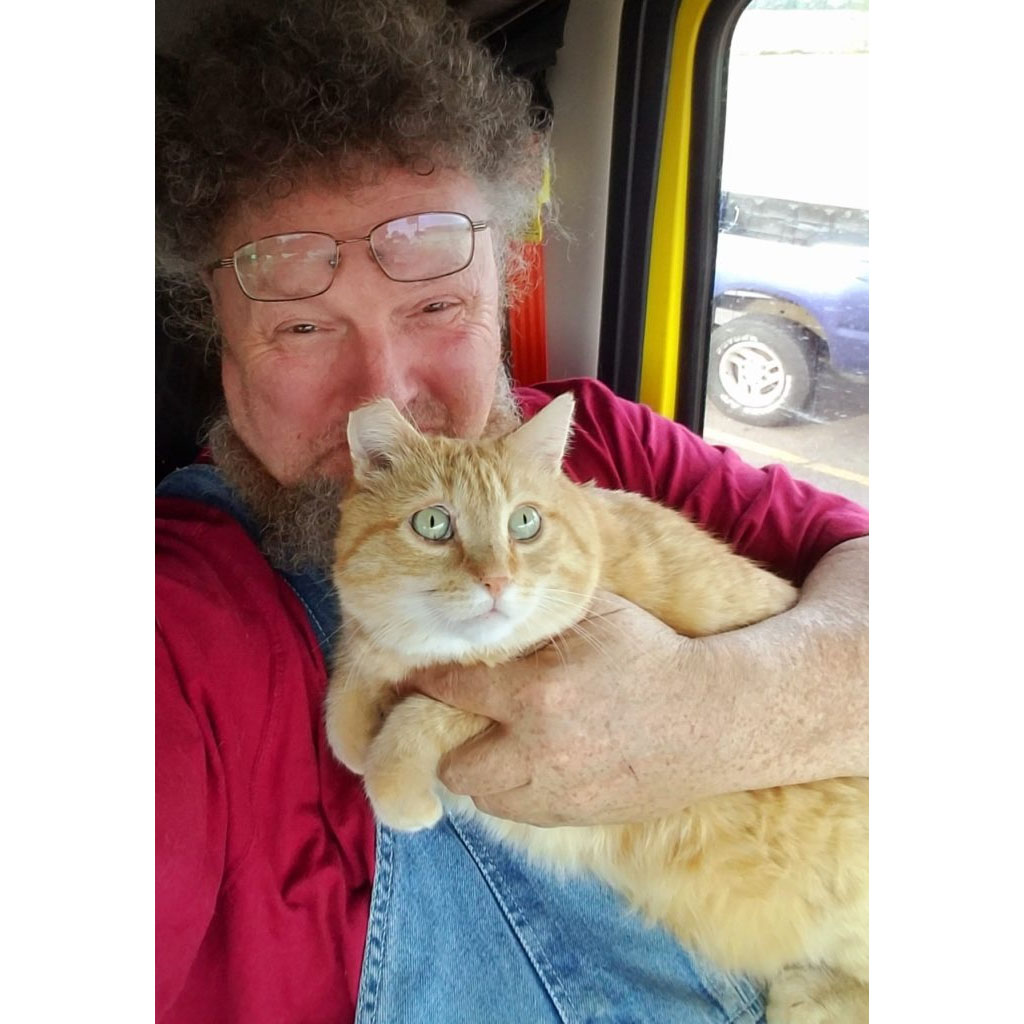 Paul Robertson is a proud truck driver. It’s undeniable that he loves his job so much, in fact, he’s been doing it for years now. However, whenever he’s trailing on a long road, lonesome often gets in his way.

In his back and forth trips, he had a feline companion named Howie. They shared countless hours on the road and were best buddies for years. Then, Percy became his copilot, riding shotgun on a platform Paul designed himself. 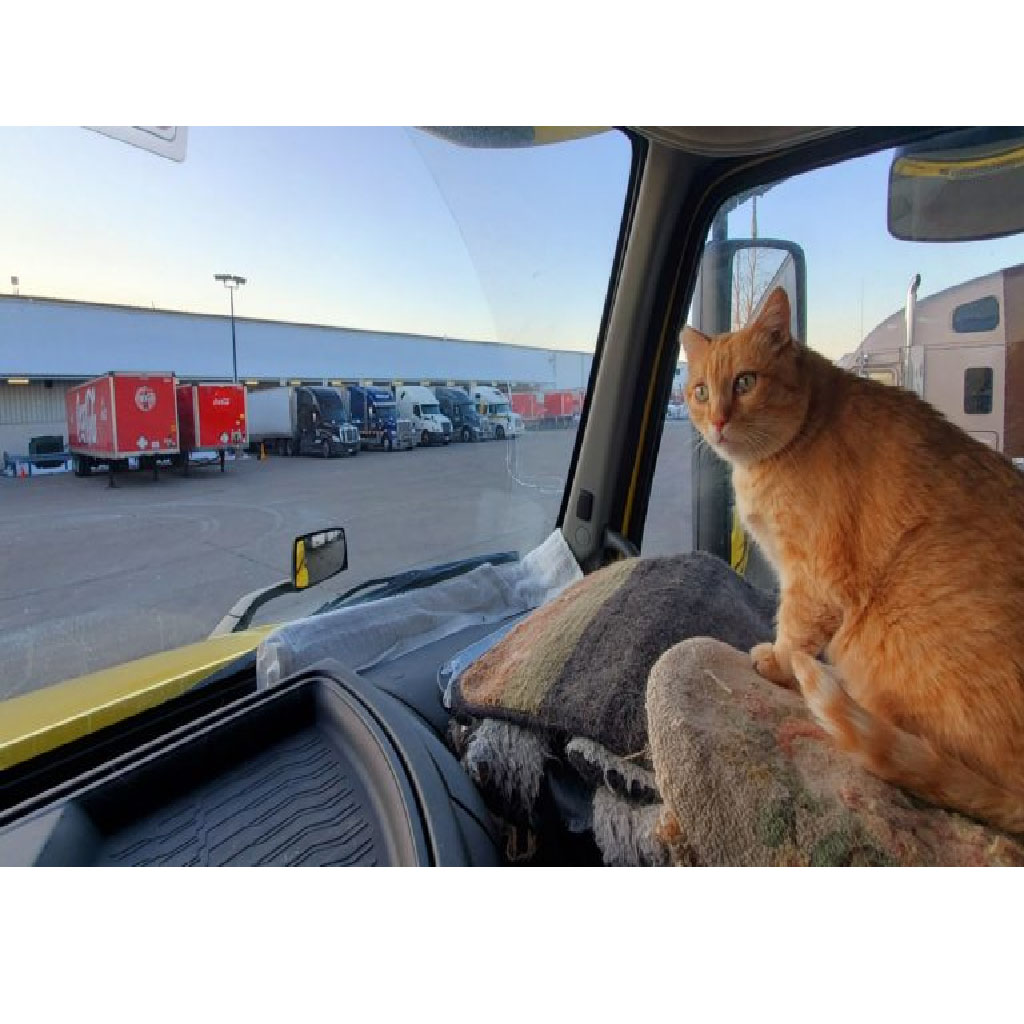 Sadly, Howie passed away in 2017. Anyone who had a pet before will tell you that moving on from losing a pet wasn’t easy. This sad experience exempts no one, including Paul.

“I’m a commercial truck driver … and I’ve signed on a dotted line saying I will have it delivered by such and such a time. I don’t have the choice to stay if I want to.” 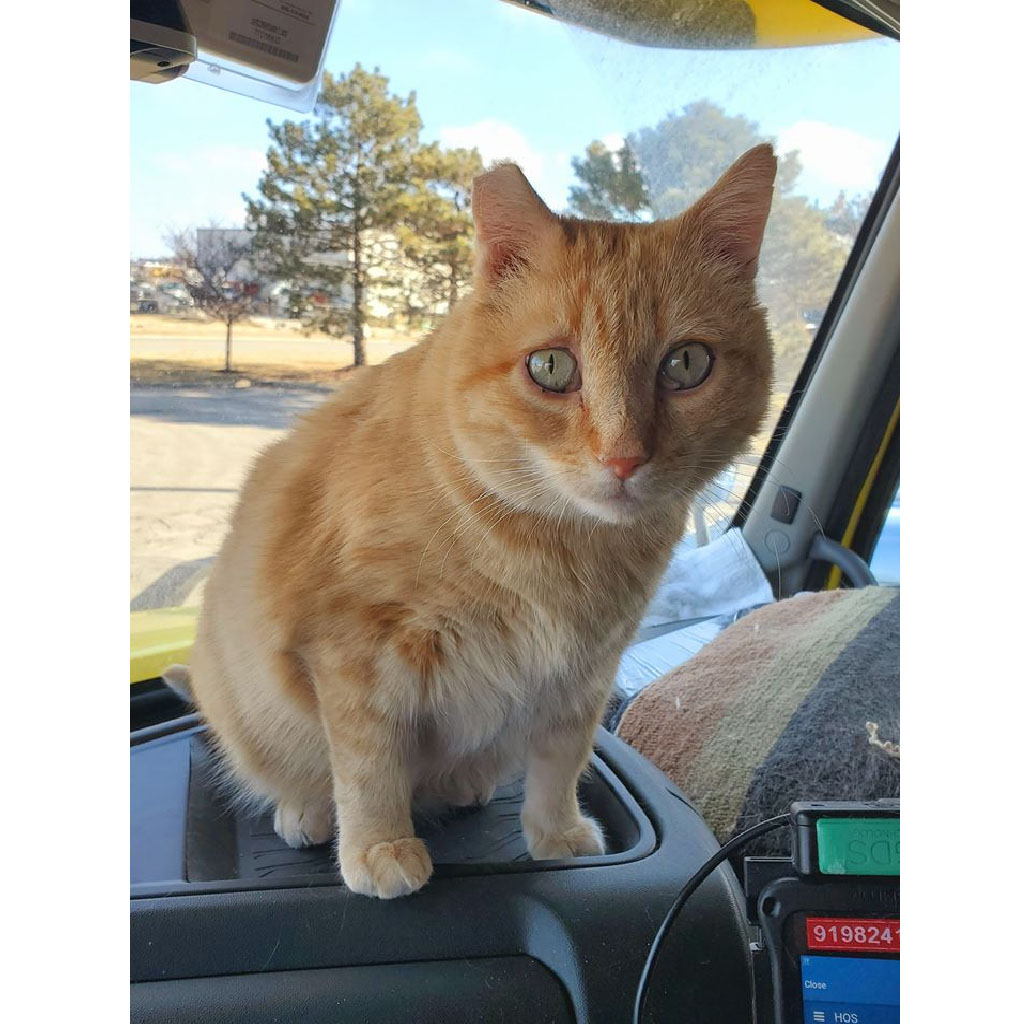 But that didn’t stop him from wanting another animal companion. He soon visited an animal shelter and looked for another feline.

After traveling 400 miles away from the Ohio stop, Paul turned around and saw a dirty, oil-covered feline appear from under his truck. It was Percy! 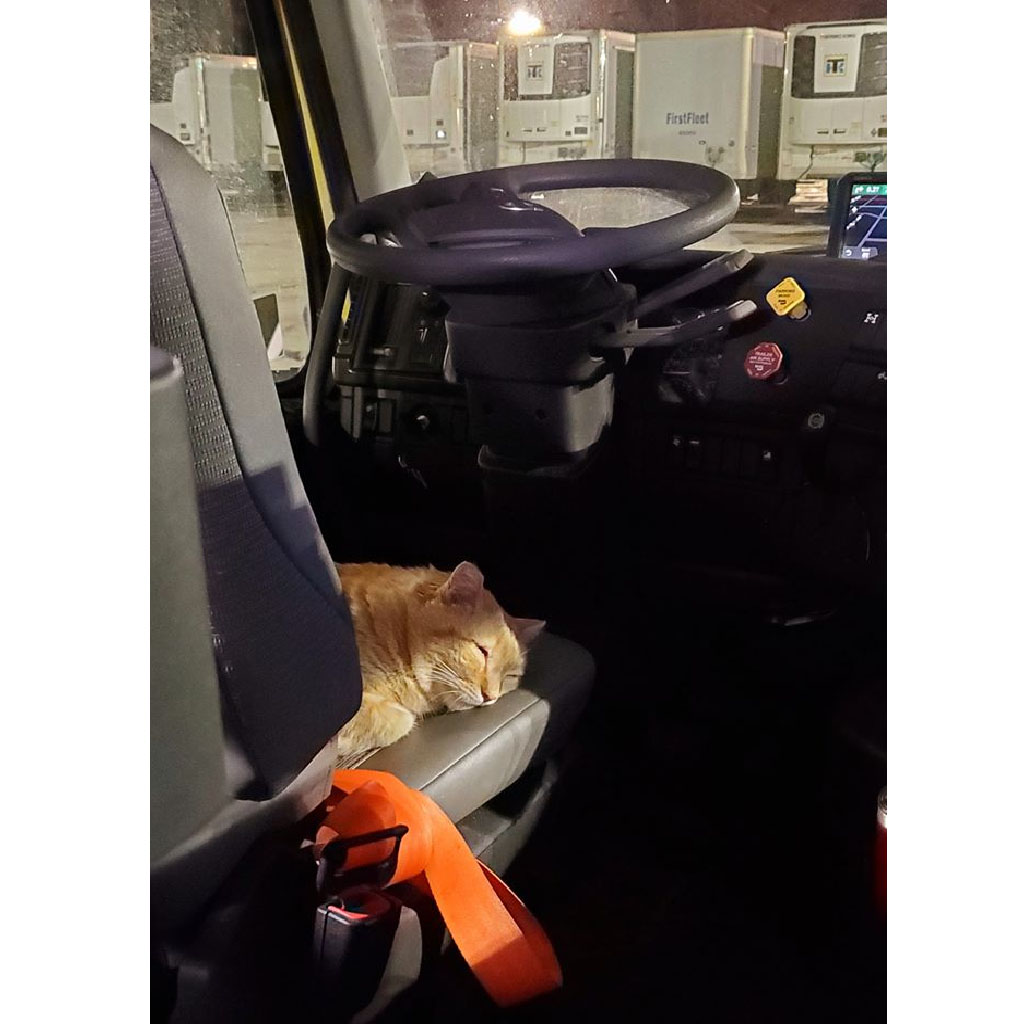 He’d hidden under the cab for over 400 miles, just waiting for a safe time to come out, and his dad was absolutely thrilled.
He looked pretty exhausted and hungry at the same time. Paul wasted no time and attended to his then missing cat. After that scary incident, Paul vowed not to lose sight of his feline – never again! 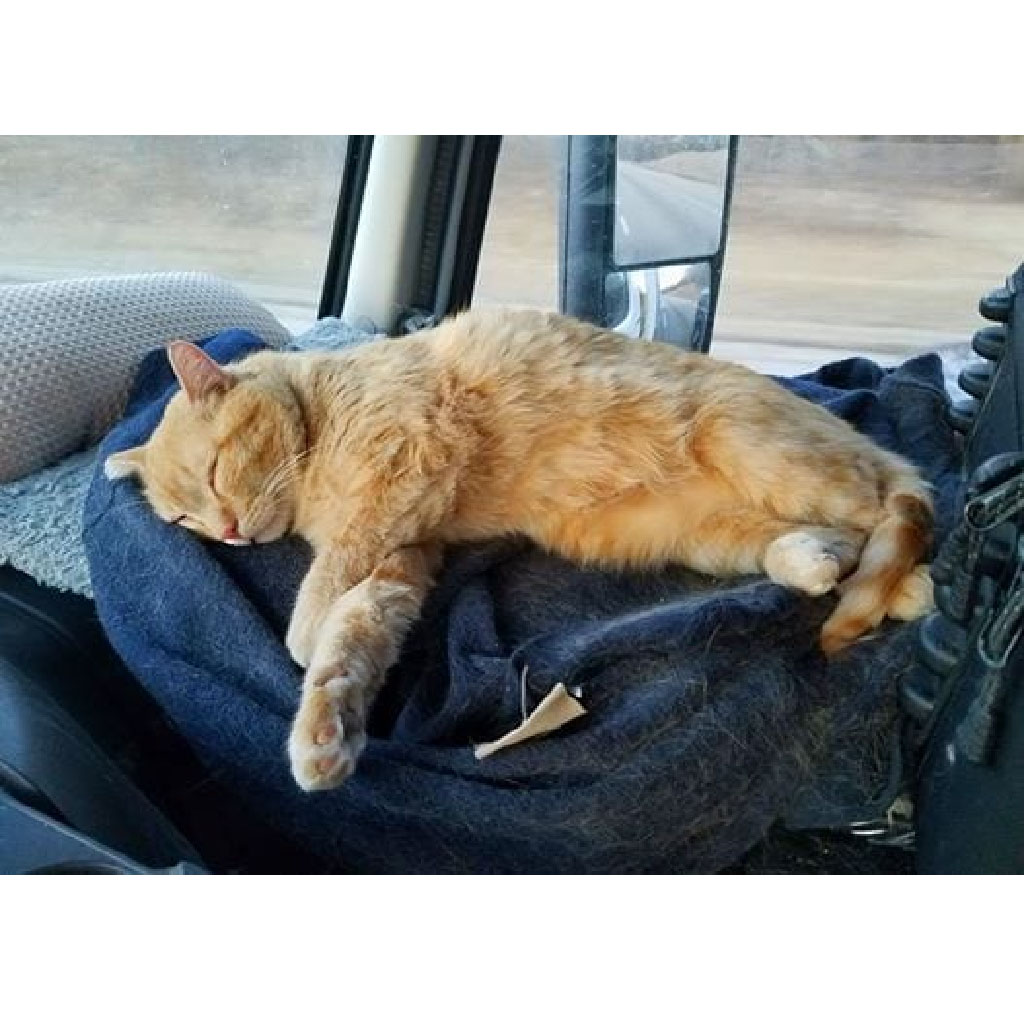 “This little orange furry soul means the world to me,” Paul wrote in a Facebook update. “Thank you for caring about him too.” 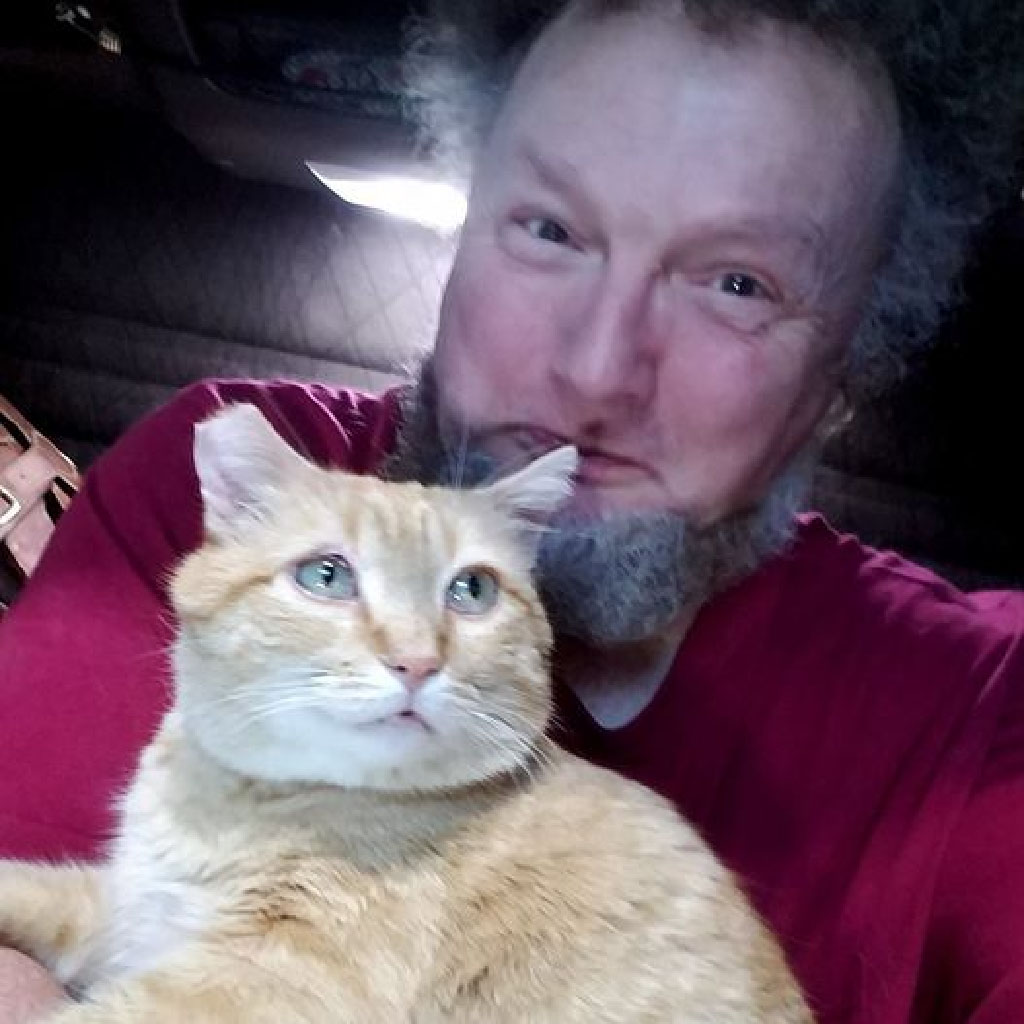 “The other day I caught myself laughing at one of his antics and I thought: ‘It’s nice to live alone sometimes ’cause you can have everything your own way – but I wouldn’t be laughing like this if I were alone.’ Percy is good for my spirit and soul,” Paul said.